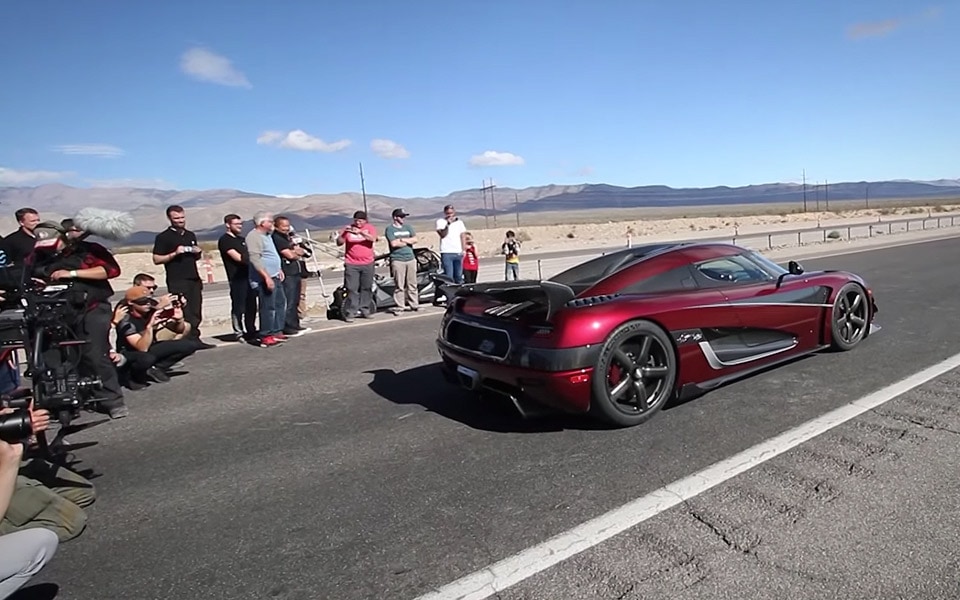 Karl Benz introduced the Velo in 1884 and set one of the first world records for top speed. The 1L engine producing 1.5 hp and managed a top speed of 12mph! After 123 years we have now reached 284mph thanks to Koenigsegg Agera RS.

Driving faster than some airplanes

The record was conducted on 1st October 2017 at the Vandel Air Base in Denmark. Christian Von Koenigsegg, the founder of the company, showed the world once again on 4 November 2017 how it’s done when he crushed the world record of top speed in Pahrump, Nevada. The Agera RS reached the top speed of an incredible 284mph (457 km/h).