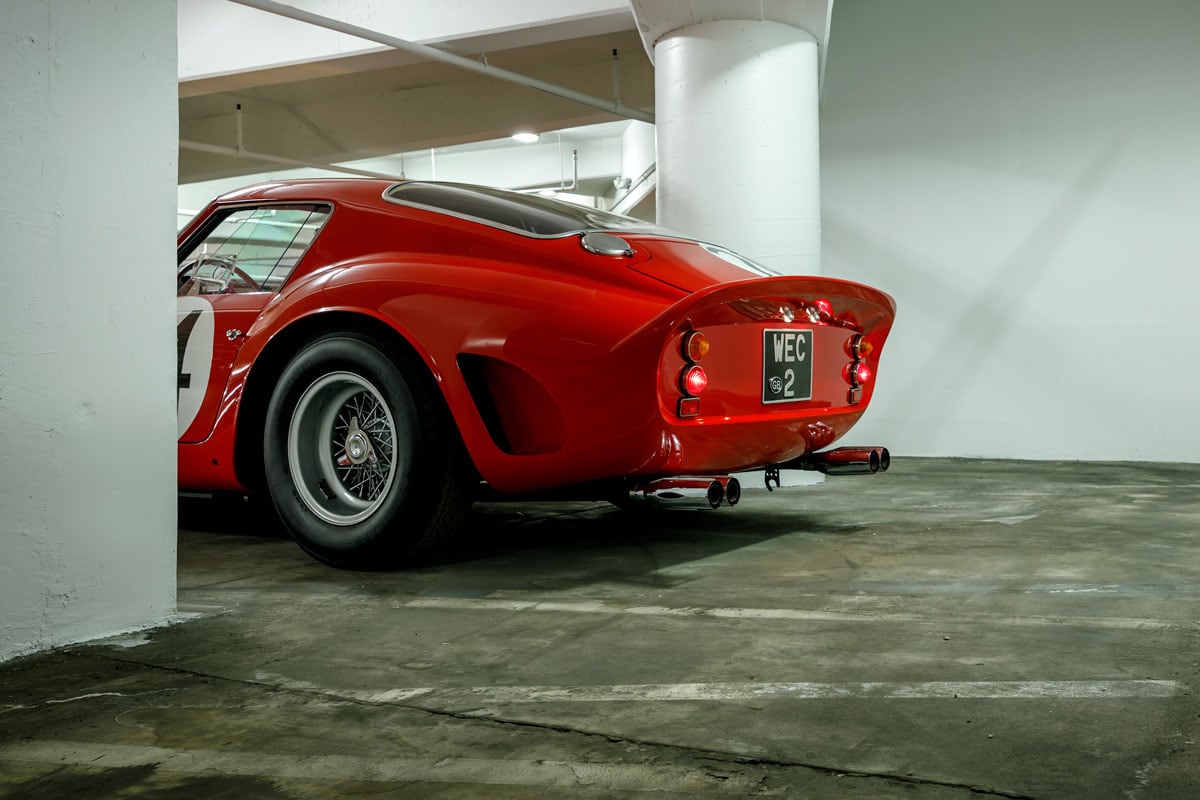 At Wilshire Boulevard in Los Angeles you will find an unusual red and silver building that celebrates the entire automotive history. The Petersen Automotive Museum has over 100 vehicles on display and the most valuable of them are kept below ground in the vault. Here, you will find this remarkable 1963 Ferrari 250 GTO which is the most valuable car of the entire collection!

The Ferrari 250 GTO was produced from 1962-1964 and designed by chief engineer Giotto Bizzarrini. Due to a dispute with Enzo Ferrari that led to most of the Ferrari engineers being fired, the design was continued by Mauro Forghieri in collaboration with others. In total, just 36 examples were built – 33 cars with the 1962-63 bodywork (series 1) and three with the 1964 (Series II) bodywork similar to the Ferrari 250 LM. Some of the older 162-63 models were later updated with the series II bodies.

The Rebirth Of The 1950’S Ferrari Monza

GTO is an abbreviation for “Gran Turismo Omologata” – or “Grand Touring Homologated” in English. The car was designed to compete and powered by the 3L Tipo 168/62 Colombo V12 engine producing approximately 300 PS (296 bhp). On the track, its competitors included the Shelby Cobra, Jaguar E-Type and the Aston Martin DP214. In some respects, the car was conservative with parts and components taken from other race-proven models, but it also included many innovative elements. The aerodynamics of the car was improved for stability and speed and this included a body design test in a wind tunnel at the Pisa University.

On the inside, the interior reflects the car’s racing purpose with a very minimalistic design. There is no speedometer, the upholstery is made from cloth and there is no carpeting, nor a headliner installed. The goal was to keep the weight as low as possible and the 250 GTO scales at just 880 kg.

In 1962, The FIA regulations required at least 100 examples of a car to be built in order for it to be ‘homologated’ for Group 3 Grand Touring Car racing. As only 39 cars were built (including three 330s with a four-liter engine), Ferrari eluded FIA regulations by skipping numbers in the chassis sequence and shuffling the same cars between different locations. The illusion worked as FIA confirmed 100 examples of the car.

Visiting the vault at the Petersen Automotive Museum

The Petersen Automotive Museum is offering a tour of the vault in partnership with Hagerty. A full 2-hour tour costs $30 USD.