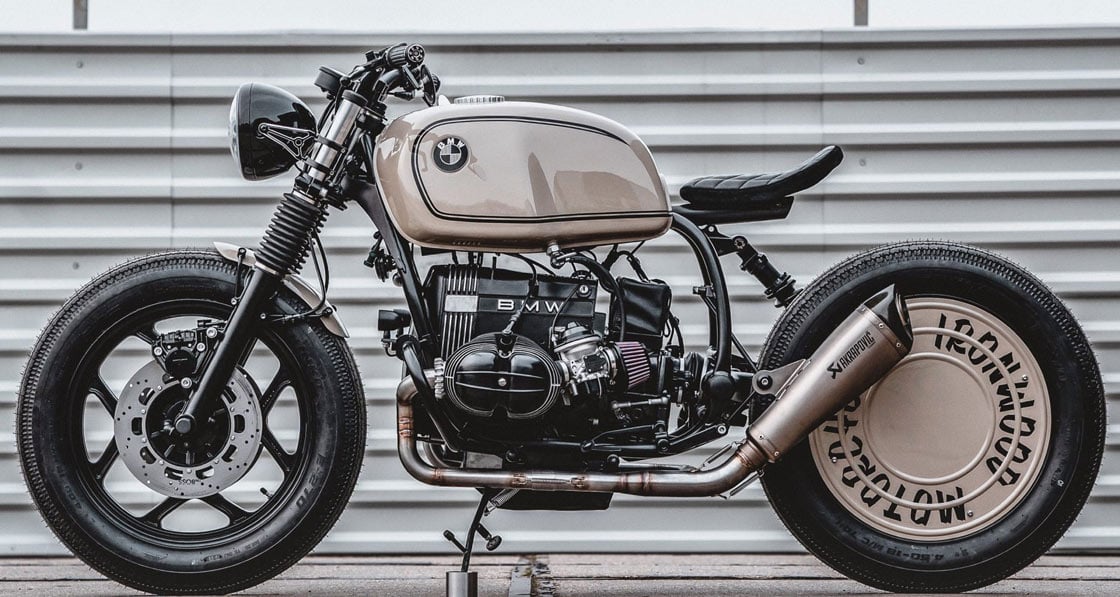 Since 2012, the Dutch shop Ironwood Custom Motorcycles has been the one to watch for classic BMW’s in Western Europe. This BMW R80 custom bike perfectly showcases their ability to think outside the box and make a bike that is both mean and sleek as well as stylish and retro.

The 1985 BMW R80 has been named the ‘Latte Stormtrooper’ as the Beemer is both a coffee and Star Wars inspired bike. It combines sleek, airhead-inspired characteristics with an Audi Mocha Latte colorway as a tribute to the Empire’s foot soldiers. Ironwood Motorcycles who is behind the design has put together an entire “Stormtrooper Series” of bikes – plus; they have an all-black range named “The Death Star Series”. 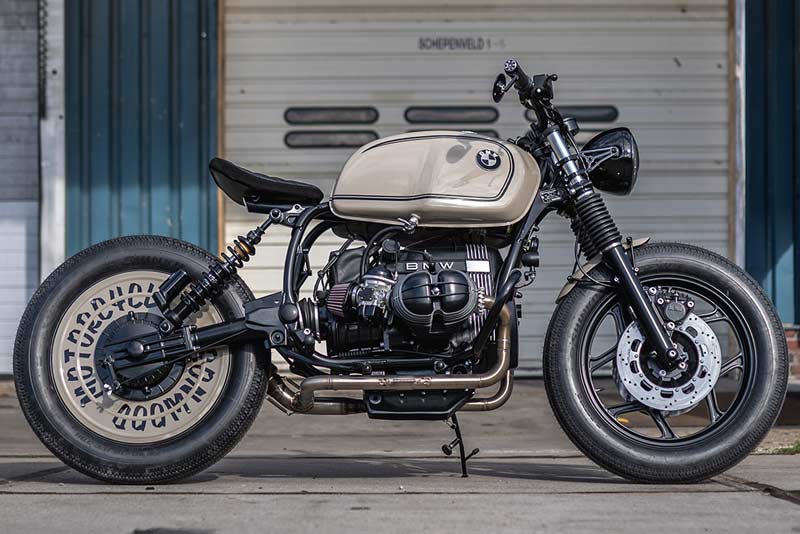 Classic at the front

The donor R80 was already a project bike when the Ironwood crew decided to turn it into something different but still with some Ironwood trademarks. To lower the bike, they chopped 60mm off the fork tubes and replaced the rear suspension with a fresh YSS shock. The handlebars were upgraded to a Renthal Fatbar and stocked with Motone controls and some Motogadget mirrors and grips. Before re-installing the engine back into the powder-coated frame, they replaced the piston rings and clutch. Thanks to the welded seat tube, the seating position with the floating bobber seat is comfortable and upright. 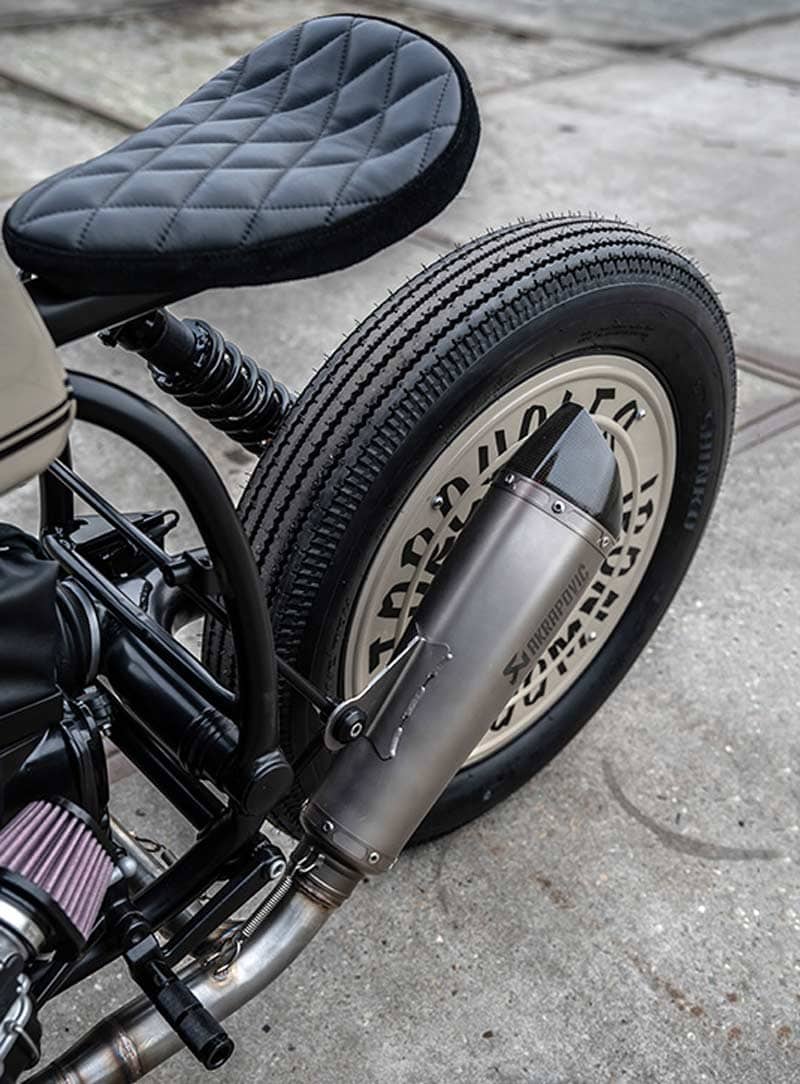 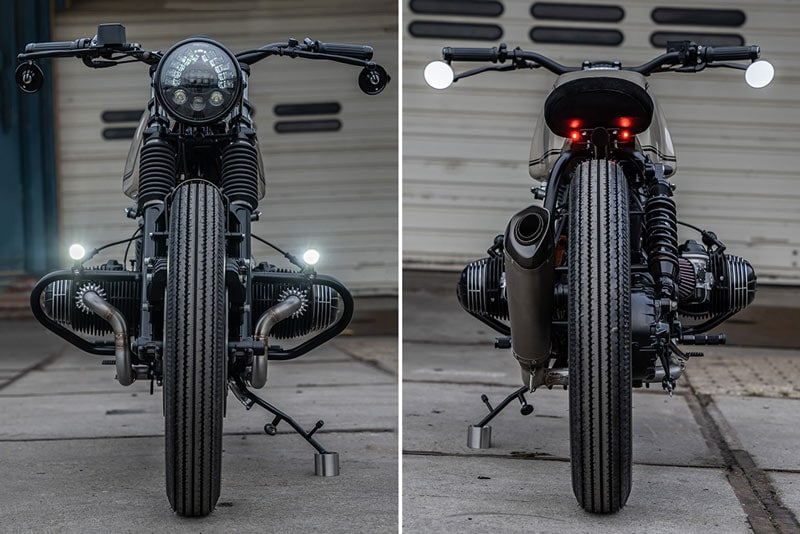 Nice little party out back

To let the motorcycle breathe, it was equipped with custom piping and an aggressive BMW R nineT Akrapovic muffler. Loving the look of covered rear wheels, they decided to apply it to the design with flanges on the aluminum discs and the Ironwood brand. Talking about the bike, founder Arjan van den Boom explains: “the rear wheel disc and exhaust shaped up to be the build’s biggest challenge until a good friend lends a helping hand. The wheel discs with our brand name on them look fantastic. And the muscular BMW R nineT muffler provides the airhead with a tough, muscular appearance. Darth Vader would be proud!”. 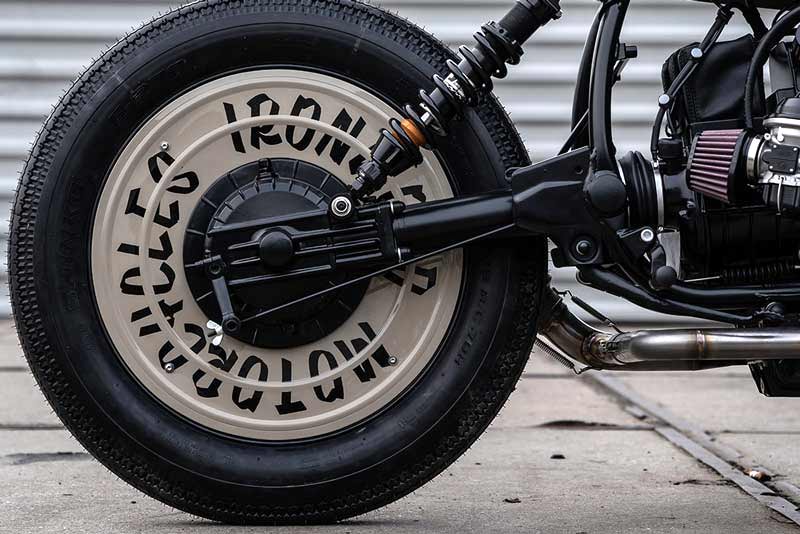 The price tag of the 1985 BMW R80 “Latte Stormtrooper” by Ironwood Custom Motorcycles is unknown.