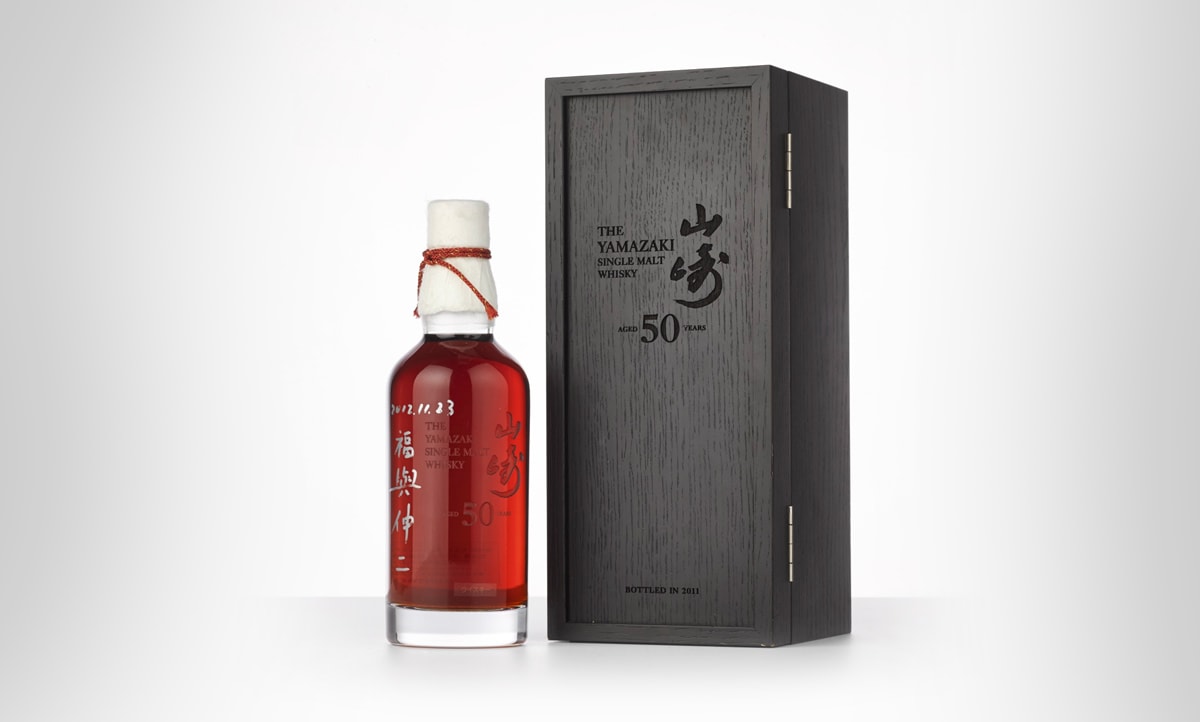 This 50-year Yamazaki whisky has been sold by Sothebys wine auctions for $300,000 USD making it the most expensive single bottle of Japanese whisky! Learn more about the rare Japanese Yamazaki whisky below.

The 50-year Yamazaki Single Malt Whisky was part of a lot at Sotheby’s wine and spirits auction in Hong Kong. The value of the aged bottle was estimated to be somewhere between $90,000 to $140,000 USD but the rare bottle went for far more. The final bid of a whopping 2,337,000 HKD (approx. $300,000 USD) made the Yamazaki the most expensive single bottle of Japanese whisky ever sold! After the auction, the whisky world has speculated about who the mystery anonymous bidder from Asia was and why the final bid broke the record. 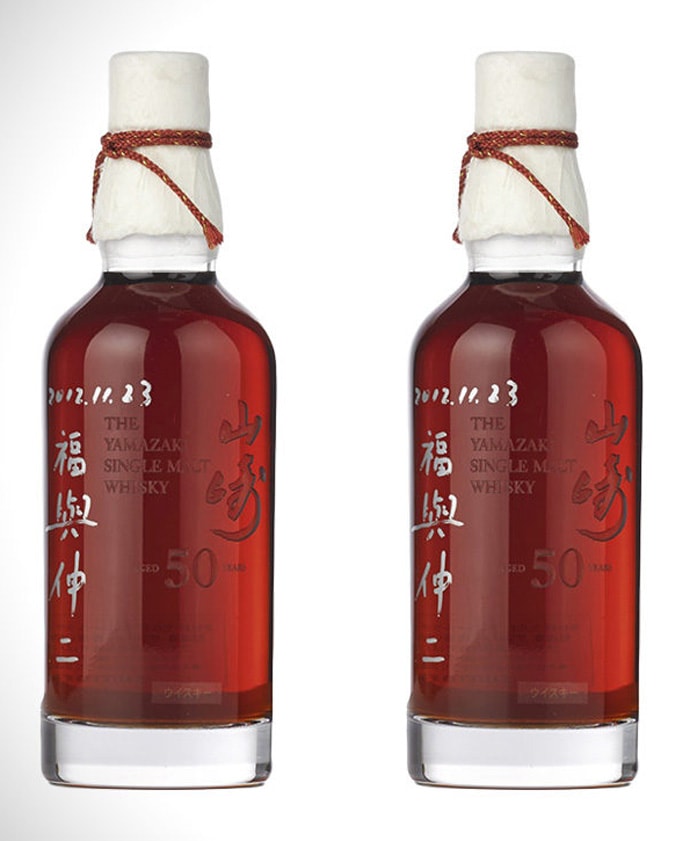 The rare 50-Year Yamazaki Single Malt Whisky was one of only 150 ever made back in 2011 by Japan’s first and oldest malt distillery. The whisky is said to have a spiced and intense nose, an incredibly rich palate and a very long finish.

Tasting Note by The Chaps at Master of Malt:

Nose: Spiced and intense, with an almost perfume-like delivery of sandalwood, potpourri and incense. Supple sherry and even the vaguest whisper of smoke. The oak grip is good and very deep.

Palate: Incredibly rich – this is an enveloping malt, filled with aromatic wood, dried herbs and a barrage of exotic spices. A touch of manuka honey sweetness, chestnut mushrooms, allspice and even a hint of blossom.

Finish: A very long finish with a predominance of fruit of all kinds, from dried apricot to stewed apples and Madeira wine. A hint of agave nectar sweetness, and a plume of wood smoke.

The Yamazaki Distillery is Japan’s first and oldest malt whisky distillery established in 1923 by Suntory’s founder Shinjiro Torii. Today, the brand is Suntory’s flagship single malt whisky and is recognized throughout the world as the pioneer of Japanese whisky. The distillery is nestled on the periphery of Kyoto – a region formerly referred to as “Minaseno”, where one of the purest and softest waters of Japan originates. It is also where the Katsura, Uji and Kizu rivers converge, which provides a unique misty climate and ideal conditions for cask aging, known as the signature “Suntory Maturation”.

Sotheby’s department of Wine & Spirits frequently offers a variety of auctions for fine wine and rare spirits. Find all information on upcoming auctions and register to bid on your own favorite at Sotheby’s.

Specifications of the 50-Year Yamazaki:

Whisky vs. Whiskey – learn when to use which spelling