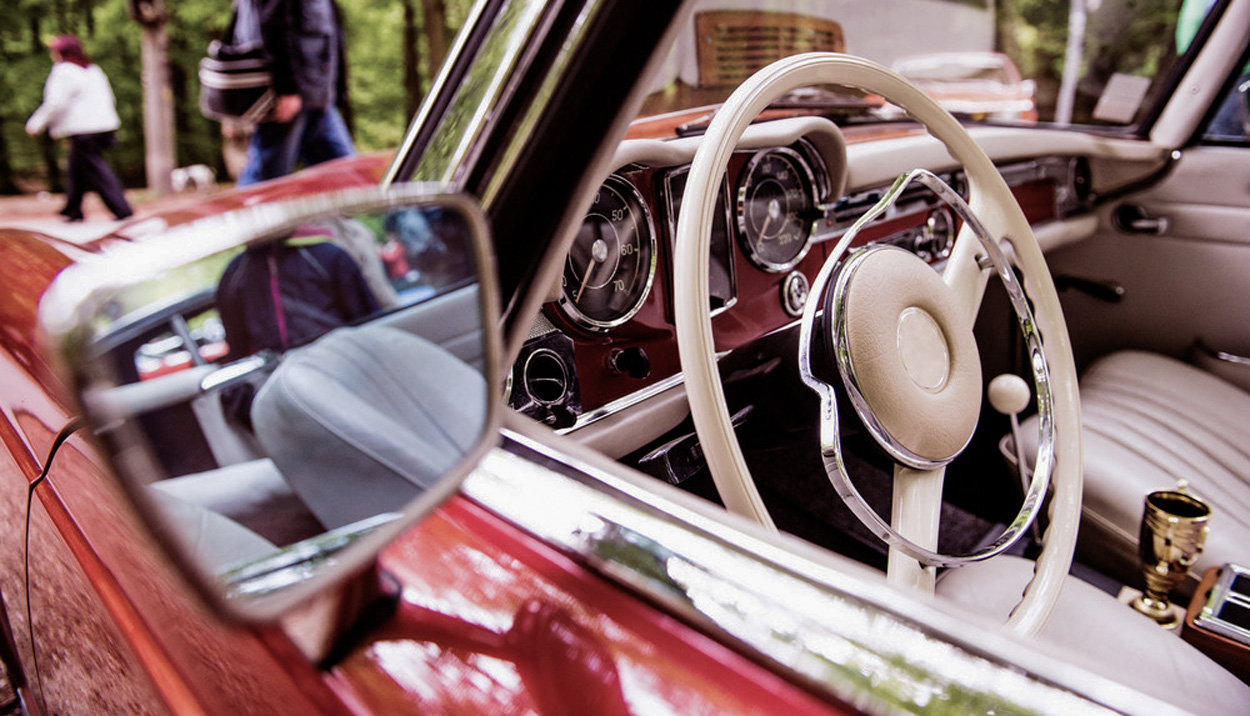 A Road Trip Through the History of Manual Transmission

If you’re like most American drivers today, you’ve grown accustomed to the ease and – dare we say – the luxury of the automatic transmission. In fact, only 2% of today’s new vehicles are equipped with manual transmissions, making these cars a bit of a rarity. Even in the European Union, where manual transmissions are more common, automatics actually accounted for 54% of UK new car sales in the first nine months of 2020, becoming a majority for the first time in history in this region.

Despite the current popularity of automatic transmission vehicles, the old “stick-shift” is not yet obsolete. Many everyday drivers and car-enthusiasts worldwide still remain loyal to the manual transmission, and for good reason. Manual vehicles are known to offer superior vehicle control. And, in many cases, a stick-shift gearbox can improve fuel economy by three to five miles per gallon over automatic transmissions. Furthermore, a manual transmission has a less complex structure than an automatic, which leads to easier maintenance and lower repair costs.

History remembers French inventors Louis-Rene Panhard and Emile Levassor as the creators of the first modern manual transmission. Prior to their demonstration of the three-speed transmission in 1894, many of the earliest automobiles were rear-engined, using a simple belt-drive as a single-speed transmission. Panhard and Levassor’s transmission involved a non-synchronous design in which changing gears required the driver to slide the gears along shafts to cause the desired cogs to become meshed. This “sliding-mesh” design remains the foundation for most of today’s modern manual transmissions.

In 1898, Louis Renault innovated on Panhard and Levassor’s design, replacing the drive chain with a drive shaft and implementing a differential axle for the rear wheels, thus boosting the manual transmission’s performance.

Porsche patented the split ring synchromesh system in 1947. This model then became the most common transmission design for passenger vehicles. But Porsche didn’t stop there. The 1952 Porsche 356 was the first car to implement synchromesh on all forward gears. Before then, most vehicles used synchromesh only for the transition from third to second gear.

Six-speed manual transmissions were introduced back in 1967 with the Alfa Romeo 33 Stradale, though, like the five-speed transmission, the six-speed was a rarity. They only began to emerge in high-performance automobiles in the early 1990s, as seen in the 1990 BMW 850i and the 1992 Ferrari 456.

That being said, automatic transmissions were in the early stages of development as far back as 1904. But when the Buick Dynaflow premiered, it was undoubtedly an opportune time in history as the United States was freshly celebrating a victory after World War II and building up steam for the impending post-war boom.

When all of recorded history is taken into account, the evolution of the car was swift and world-changing. From the invention of the first automobile, the Benz Patent-Motorwagen, in 1886 to the more recent development of the self-driving car, it’s simply mind-boggling to see how transportation has changed in just 135 years.

If the history of manual transmission has taught us anything, it’s that these vehicles are bound to only get better with age.

Online Repair Manuals – You Have the Right to Repair!

Why Should You Buy Filters for Vehicles?

The History of the First Automatic Transmission