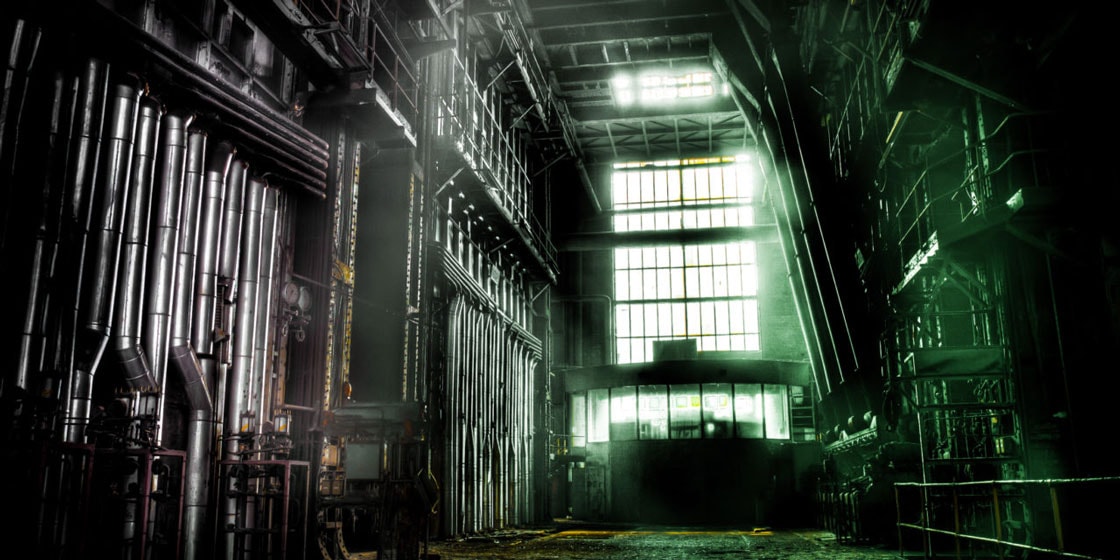 The University of Val-Benoit located in Liège was built in 1937 on a site formerly belonging to an abbey that later became a holiday castle. The university was abandoned in 2006 and a huge renovation project has later been initiated with the goal to preserve the unique architecture of the university and the other buildings of the area.

Have you read: Japan’s Ghost Island of Hashima

The Société Centrale d’Electricité du Brabant (ECVB) is a power plant from 1913. In its prime time, it contained two 2000 kilowatt turbo alternators running at 3000rpm generating 3 phase currents at 12,000 volts and 50 cycles. Production ended in 2001 and in 2012, the ECVB was demolished.

SNCB: The cemetery of abandoned trains

This locomotive cemetery is a former depot of Société nationale des chemins de fer belges (SNCB) – the national railway company of Belgium. The graveyard houses a large number of locomotives out of service and heavy greens as nature starts to re-claim the space.

The second power plant “IM” was built in 1921 and was one of the largest coal-burning power plants of the country. A massive cooling tower was used to cool down 480,000 gallons of water per minute. After the release of a report showing that the IM plant was responsible for 10% of the total CO2 emissions in Belgium, protests finally closed the site in 2007. The plant is to be demolished but the impressive but quite creepy cooling tower is still a favourite among urban explorers.

Have you read: Nara Dreamland: An Abandoned Amusement Park

Enter at your own risk

The abandoned industrial places in Belgium mentioned in the article are not public places and often, it’s forbidden to enter the abandoned buildings. The photographer is therefore sometimes disturbed in the middle of taking pictures by agitated guards, which also happened when visiting the University of Val-Benoit.

Who is Jordy Meow?

Jordy Meow is a French photographer (and software developer) based in Tokyo. Through his photography, Jordy Meow explores forgotten places and abandoned buildings. His photographs shed light on a lost world and his work illustrates beautifully how humans can leave a lasting mark on their environment, but given the chance, nature finds its way back.