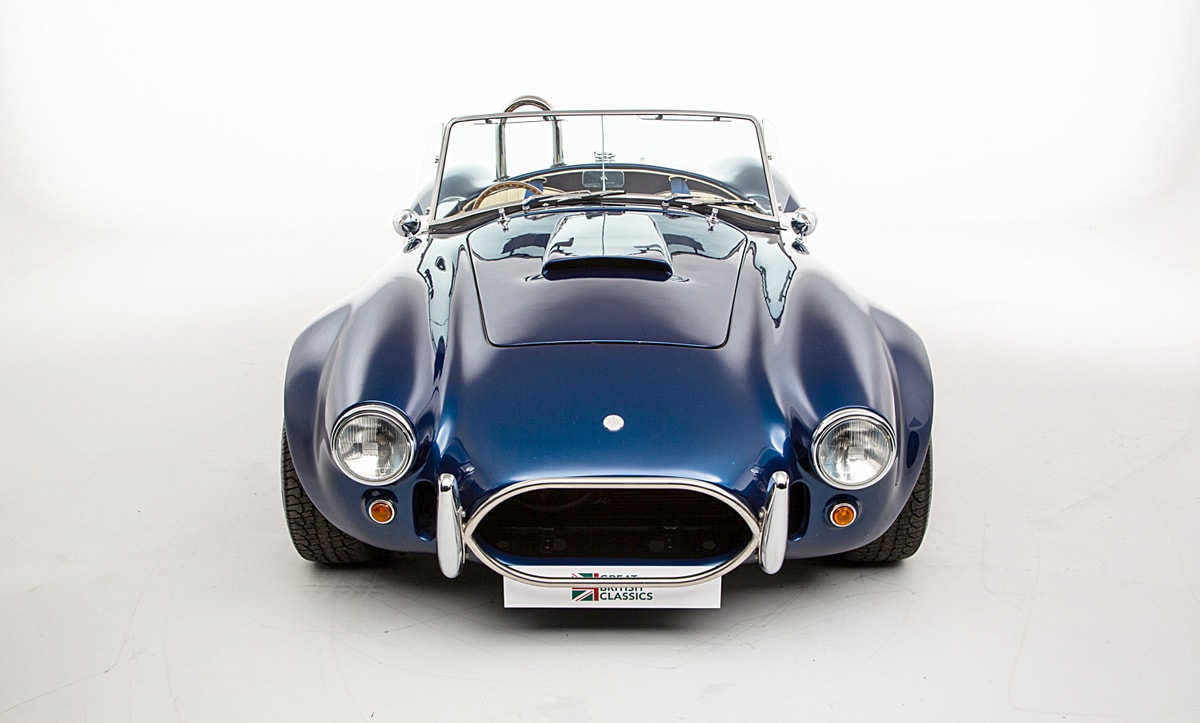 One of the most iconic classic muscle cars captured the hearts of enthusiasts across the globe! Since the 80s, AC Cobra replica kits have been popular but even with recreations the details need to be right. Check out this 1st class AC Cobra built by Cobretti from Great British Classics. 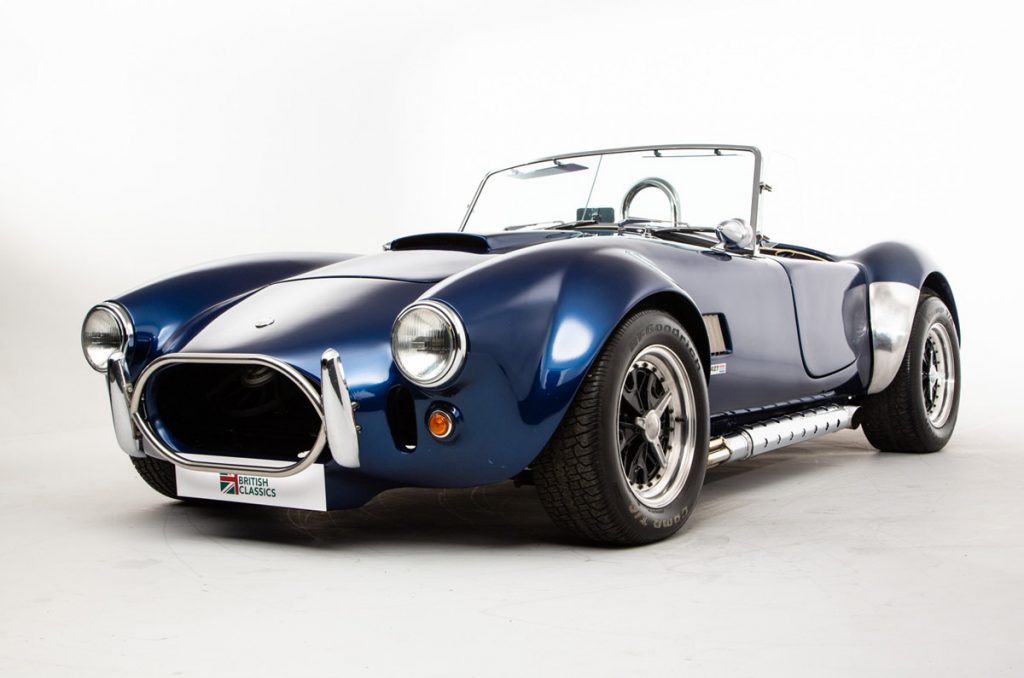 The 1998 AC Cobra built by Cobretti

In the 1980s, the AC Cobras’ popularity was revived when Autokraft launched their MkIV version and with this, a whole industry of replica-builders emerged. One of the prominent practitioners is Cobretti Engineering of Morden, Surrey who is behind this exact model first registered in 1998.

Check out: Get your own Shelby Mustang GT500

The car has just two previous owners and a full history and documentation. The engine is a Chevy 5.7ltr 350cu V8 with side exit exhausts. 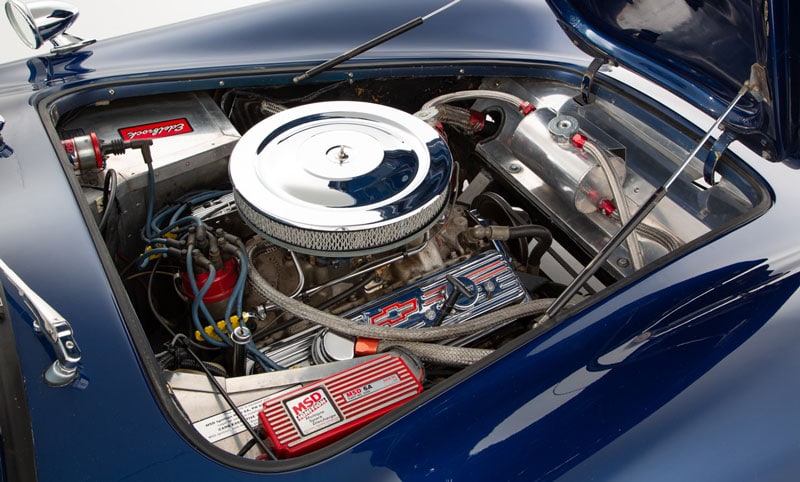 The exterior is in great condition with a Avus Blue metallic paint and chrome work that looks brand new.

Interior-wise the design is sparse, but it does have a luxurious and comfortable feel with seats, dashboard and other elements in soft cream leather while the harnesses match the blue color of the car.

In September 1961, American automotive designer Carroll Shelby got the news that AC Cars from England would stop producing their AC Ace model. They chose to stop production since the Bristol six-cylinder engines weren’t going to be produced anymore. Mr. Shelby realized that the lightweight British roadster could be a perfect match for a powerful American V8 engine and he contacted AC cars asking them to build him a modified version. They agreed to the task and Ford’s 260 engine (later with a venerable 289 V8 engine) was found at the manufacturer who had just built a new engine to compete with the Chevrolet Corvette. The AC Cobra first went into production in 1962. 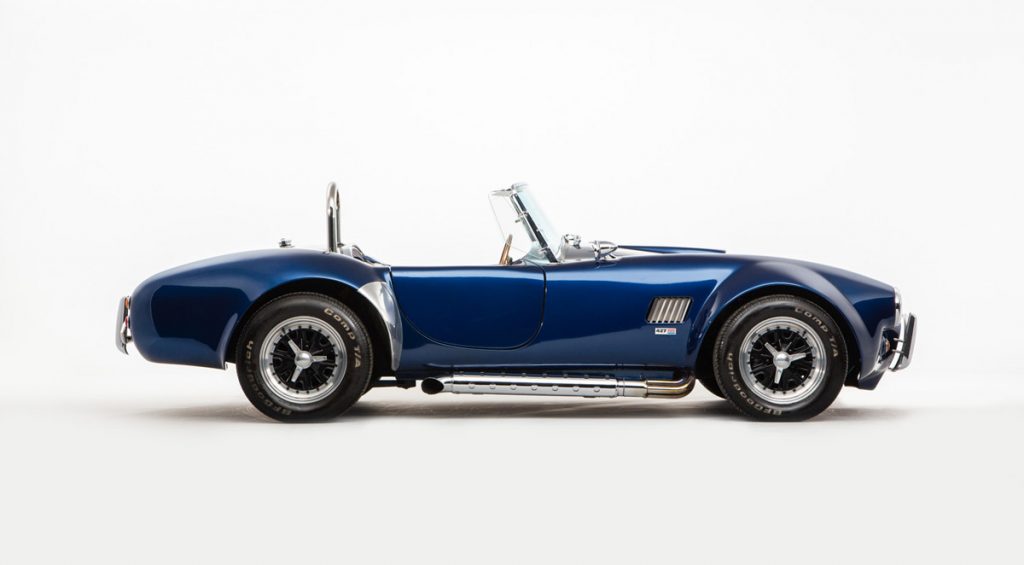 The team at Great British Classics is passionate about cars and focus on selling the most treasured ones with low mileage and very few owners. The company operates from a 10,000 sqft indoor showroom that also includes a professional photo studio often used by Top Gear, McLaren and Alpine Stars. Other brands include The Octane Collection, Millennium Heroes and Fast Classics.

Check out: 10 aftermarket steering wheels for your Classic Car