After years out of the spotlight, the Arkham Knight Batmobile unexpectedly turned up at a Supercar Sunday in Copenhagen. This is the story about the two-year built by Caresto for Gumball 3000 in 2016 and how the lead developer for Koenigsegg decided to go his own ways. 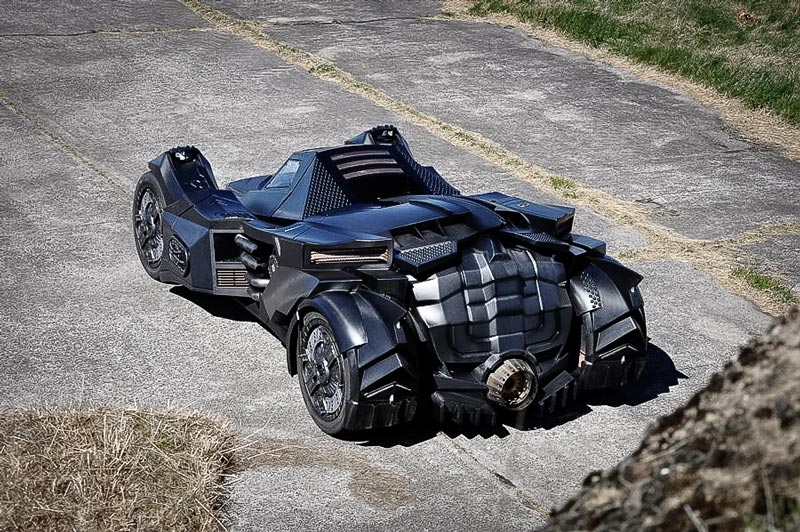 The Arkham Knight Batmobile by Caresto

The surprise was big when the Arkham Knight Batmobile by Caresto turned up unannounced at the Supercar Sunday in Copenhagen. Measuring 2.5 meters across and with a wheelbase of 3.4 meters… it did catch some attention.

Get a first glimpse of the 2021 Batmobile 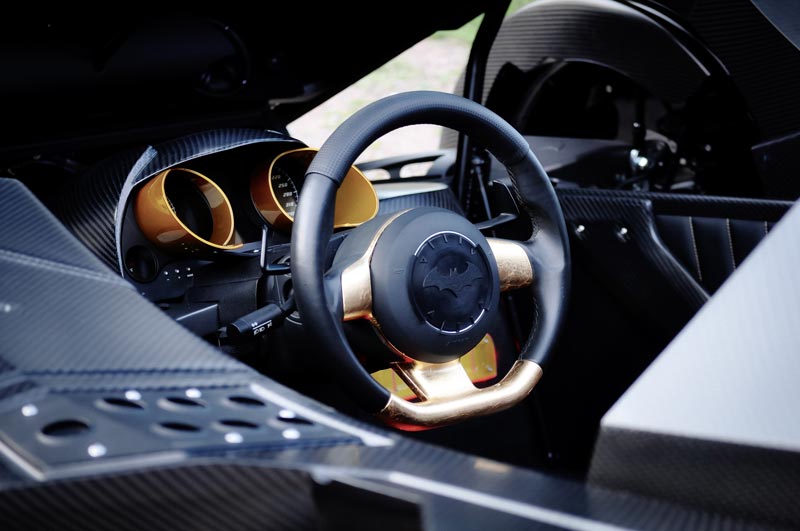 The design is inspired by “Batman: Arkham Knight” a 2015 video game based on Batman comics. The Batmobile was ordered by a Saudi Arabian car enthusiast who wanted to race it for the Gumball 3000 in 2016: a 3,000-mile supercar race through Europe on public streets. 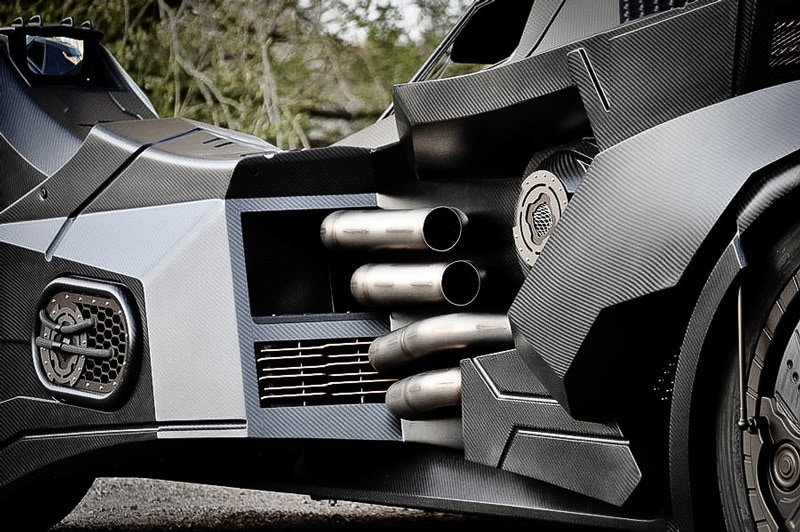 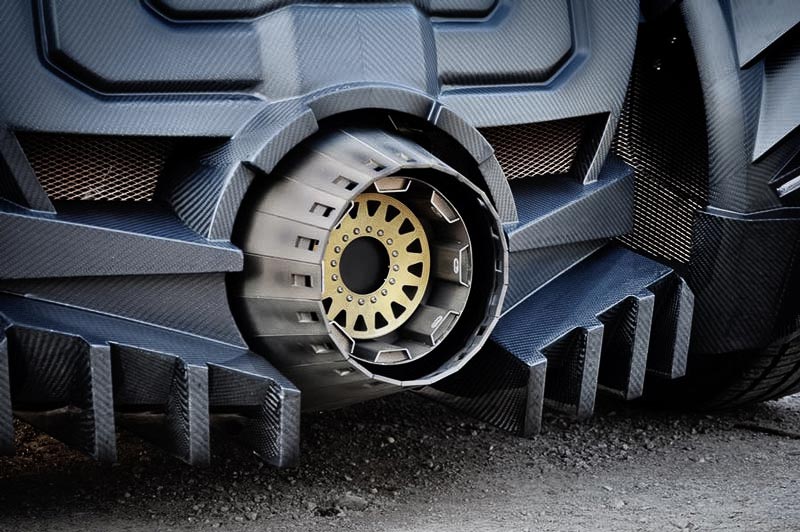 How to build a Batmobile?

The one of a kind car has a complicated carbon fiber body which was made from full-scale molds milled out from CAD drawings. A lot of time was put into perfecting the drawings and molds before the actual building process began. As a result, the spectators at the Supercar Sunday could admire the amazing carbon-fiber body with excellent finish and detailing. All the details are part of creating the right expression and getting the car as close to the video game as possible. 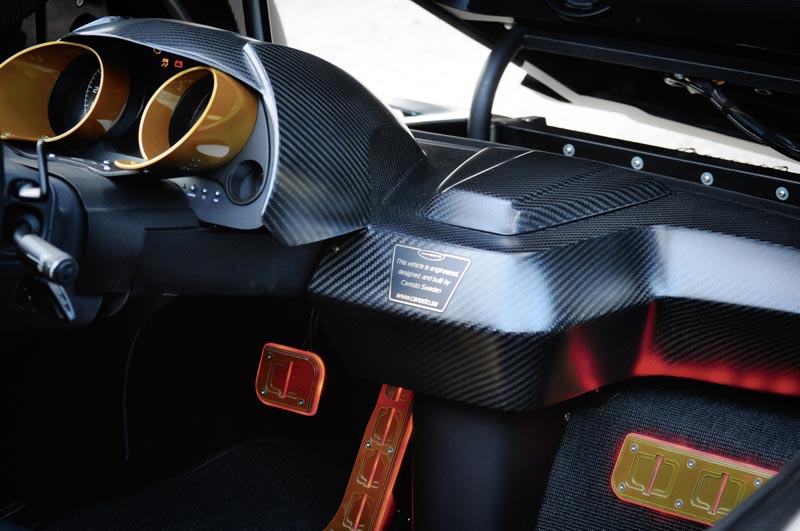 Incorporating performance into the design

One of the requirements for the car was to ensure good performance in both handling, acceleration and braking compared to other Batmobiles. In addition, the owner also requested the mechanics to be uncomplicated in order to service the car anywhere in the world. As a consequence, the single centered seat from the video game version was changed into two seats side by side – a challenging update due to the front window which is split in three and only has one windshield wiper on the middle part. 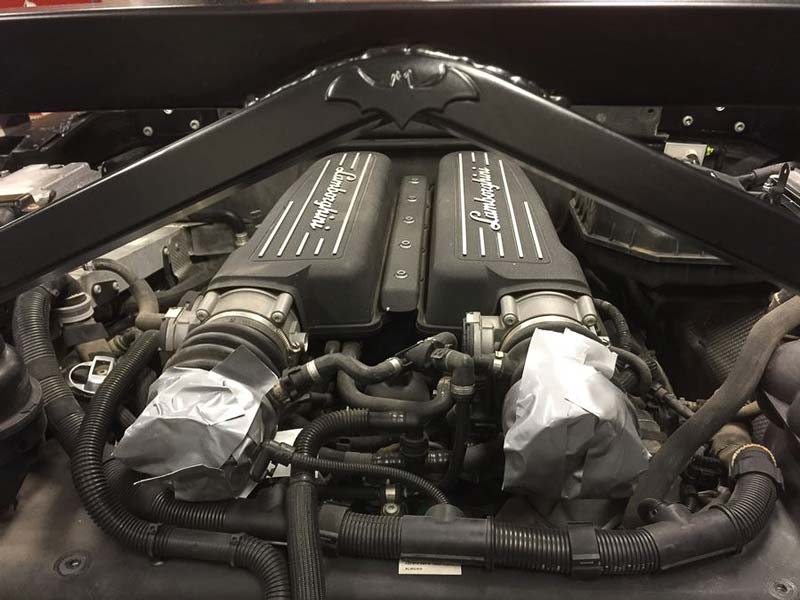 All electric and mechanical parts were taken from a Lamborghini Gallardo. The V10 engine with paddle-shift and the 4-wheel drive makes the car a very enjoyable winter ride – and of course, the owner also has winter tires to fit the massive 26-inch wheels. 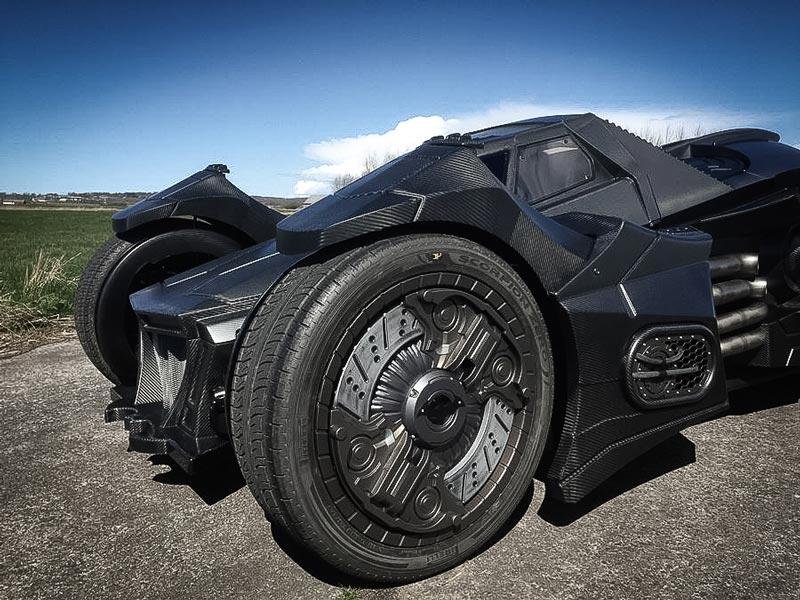 The Swedish owner and founder of Caresto, Leif Tufvesson, is a renowned
award-winning car builder with a past from Volvo and Koenigsegg. In 1995, he was headhunted by Christian von Koenigsegg and left a job as a technician at Volvo Research and Development in Göteborg to join the Koenigsegg team. 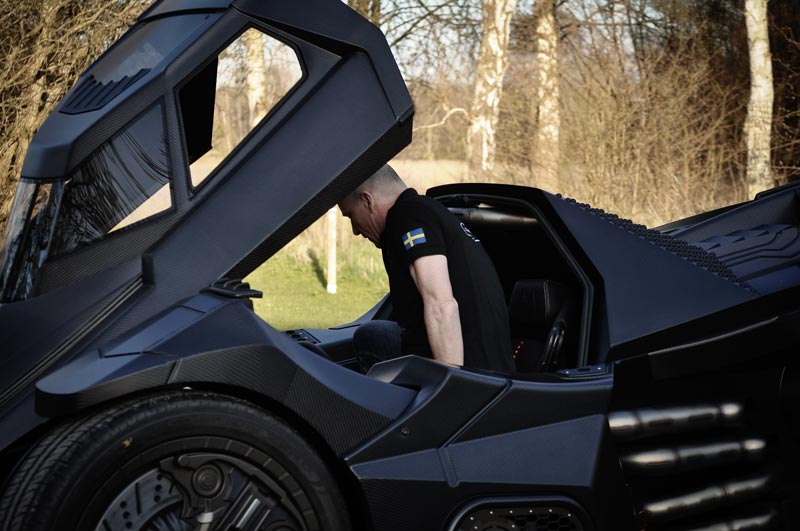 At Koenigsegg, Leif worked on the very first model (the CC/V8S) which debuted in 2001 and continued with the CCR. After that he decided that it was time to go do his own thing and turn Caresto into his full-time occupation. The idea with Caresto (which is short for car restoration) is to offer special projects, prototype parts or concepts with high performance and great driving pleasure. All cars from Caresto are built by hand. 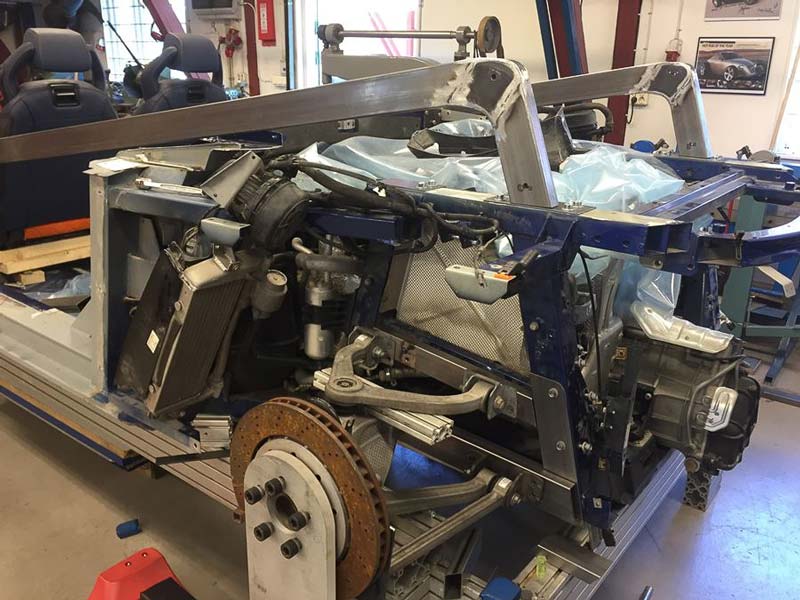 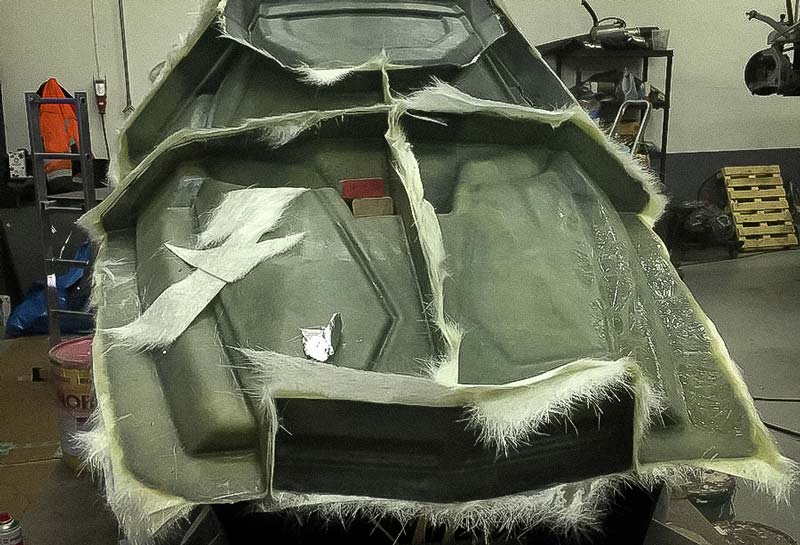 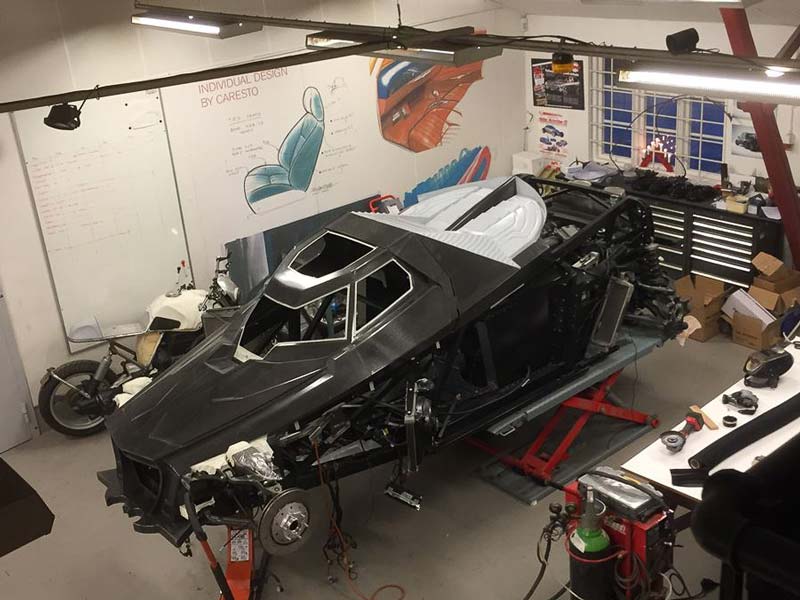 Leif Tufvesson has both restored old cars on order – among others an Austin-Healey and a Stutz Blackhawk – and created special cars from hot rods to high-performance race cars. In 2004, he won the Hot Rod Magazine’s prestigious “Hot Rod of the Year” award with his Volvo-rod the “T6 Roadster”.

In addition to the hot rod, he has also built a supercar, the Caresto K2, and another Gumball race car, the Rebellion R2K for Red Bull sponsored Jon Olsson. 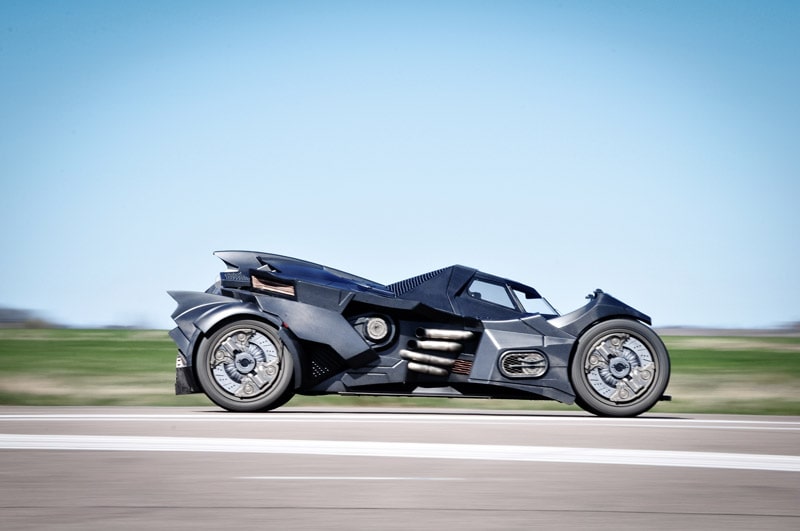 Specifications of the Arkham Knight Batmobile: 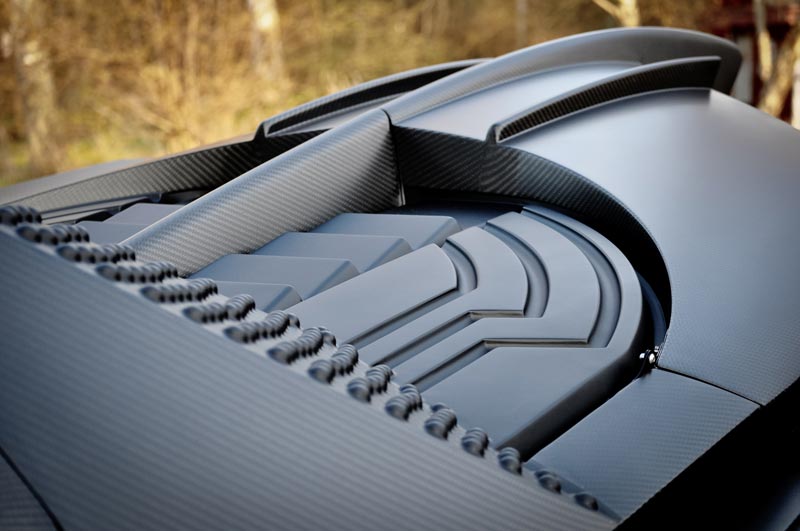 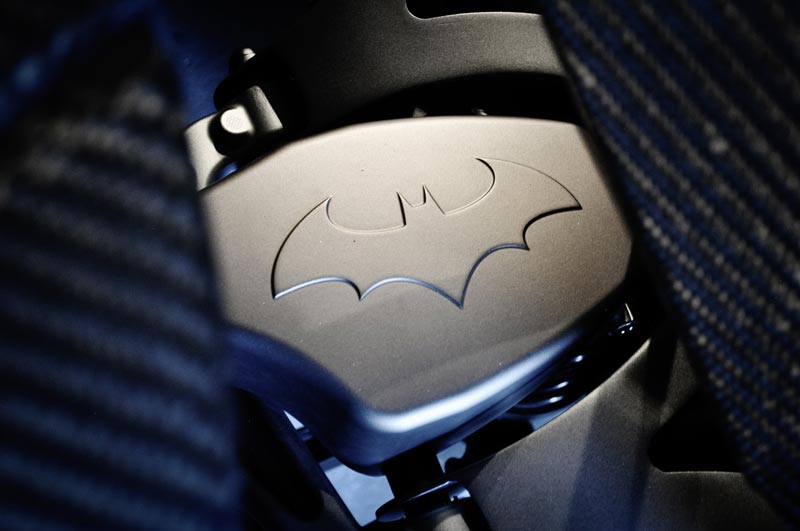 The price of the car is unknown but it took Caresto two years to complete the build. Due to the entire shell being created from scratch, the Danish car magazine Bilmagasinet estimates a price above $1.5 million USD.