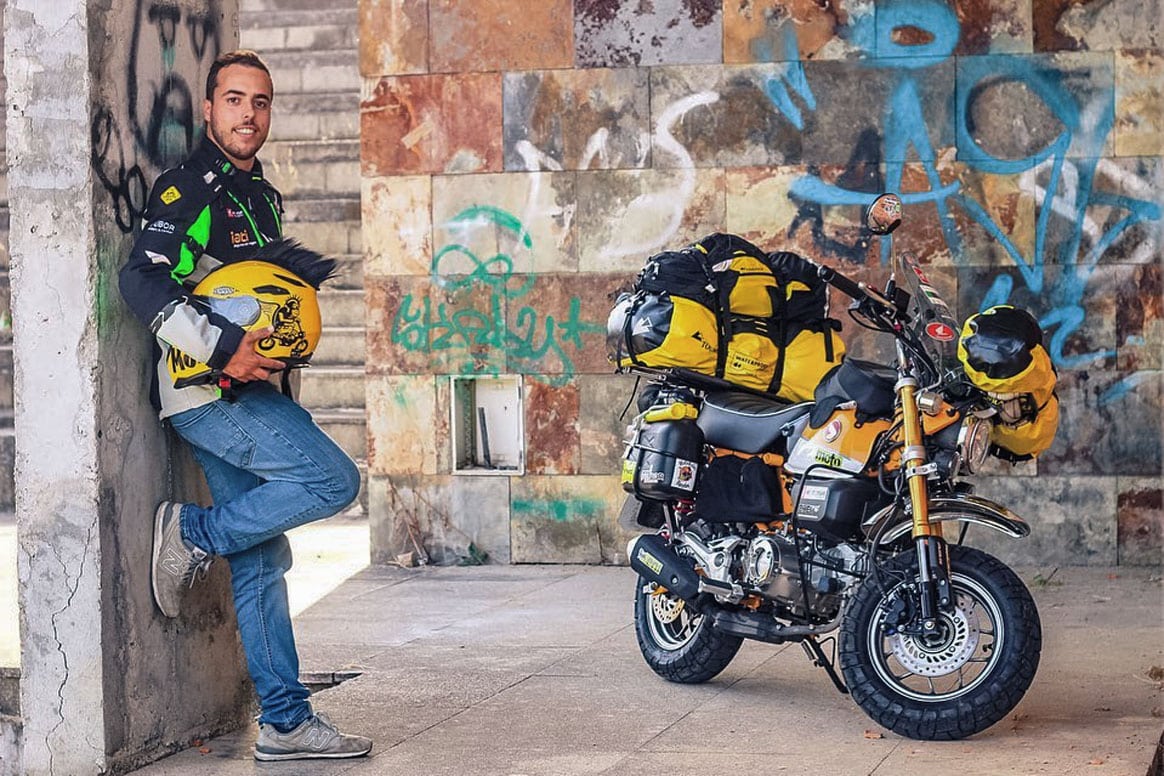 Portuguese rider André Sousa is maxing out his mini-bike experience by traveling around the world on a Honda Monkey. That’s right; 37,000 miles, 2 years and 50 countries in the hunt for a new world record!

Traveling around the world on a Honda Monkey

There are many great stories about people taking months or even years off to travel the world on a motorbike. Even though it’s more common to go on these big adventures, it’s still pretty wild and amazing to spend two years on a bike, travel 37,000 miles (60,000 kilometers) and visit 50 countries. It’s even wilder (some would even say crazy) to do it on a mini-bike. And that’s just what Portuguese rider André Sousa is planning to do! He is planning to complete the world tour on his new and slightly modified Honda Monkey. In the same time, he wants to set a new world record by becoming the first rider to circumvent the world on a small bike. 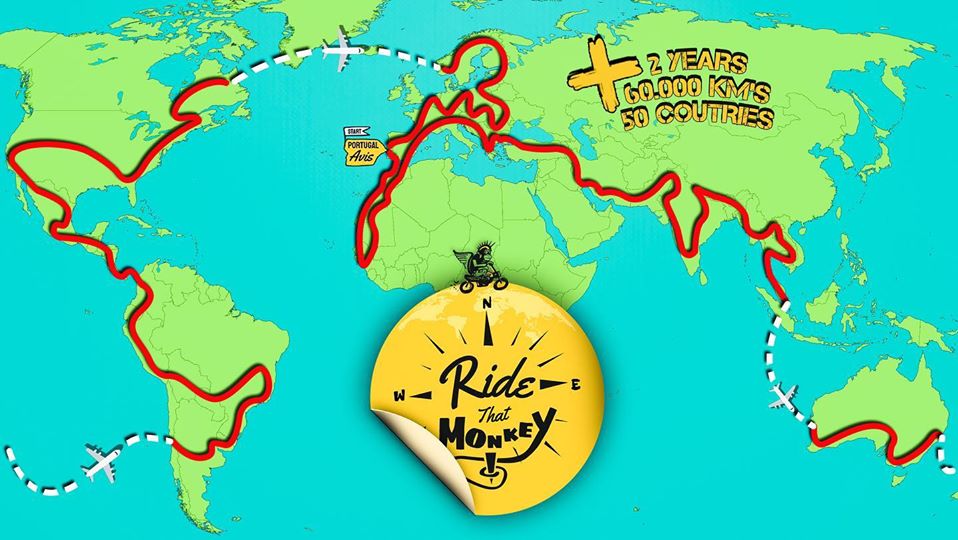 Gearing up on a Honda Monkey

Honda re-launched the Honda Monkey Z125 in 2018. Even though the 1970s icon has been upgraded with modern features, Honda has also kept the high-rise handlebars. As a result, the Honda Monkey still has it’s original and possibly even funkier look. The Monkey got its nickname from the cramped riding posture you get from the small frame. Still, it has a reputation as one of the best and funniest mini bikes available! 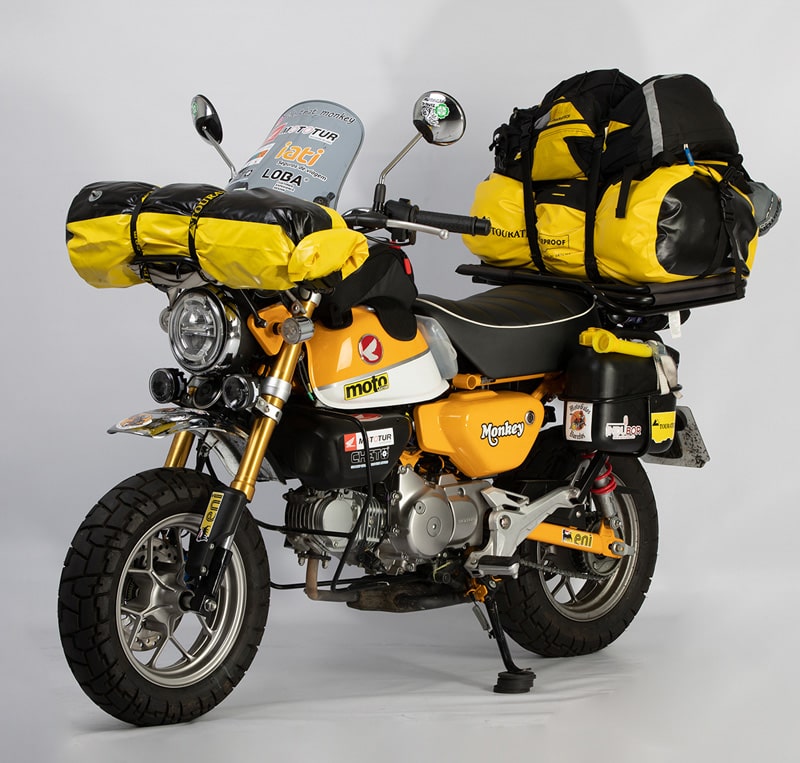 Portuguese rider André Sousa has modified his Monkey for the world tour. Therefore, he has increased its capability with a new exhaust, added lighting and possibly all the gear you can fit onto a mini-bike. André is not planning for a glamorous tour so the bike is also equipped to take him through tough terrains in the dark.

Going for a new world record

In 2018, André Sousa set a World Record for the fastest trip around South America on a small bike. This time, his trip is expanding from continents to global. As a result, the expedition is planned to take 2 years and get him through 50 countries. The route has been planned and André set off from Portugal 13th of July 2020. You can follow his journey and adventures via ‘Ride That Monkey’.

Going on regular road trips yourself? See our complete guide on how to maintain your motorcycle chain right here! 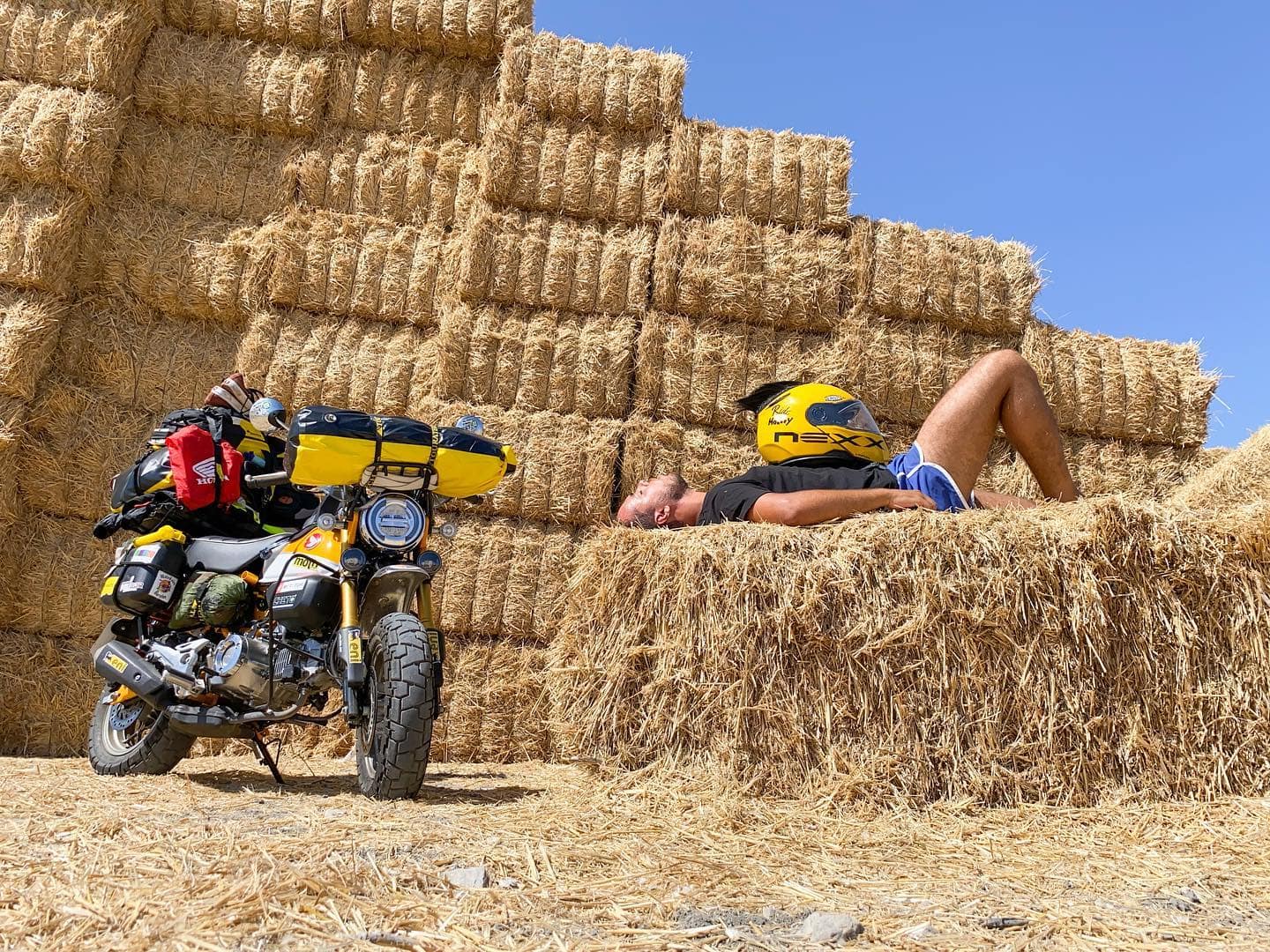 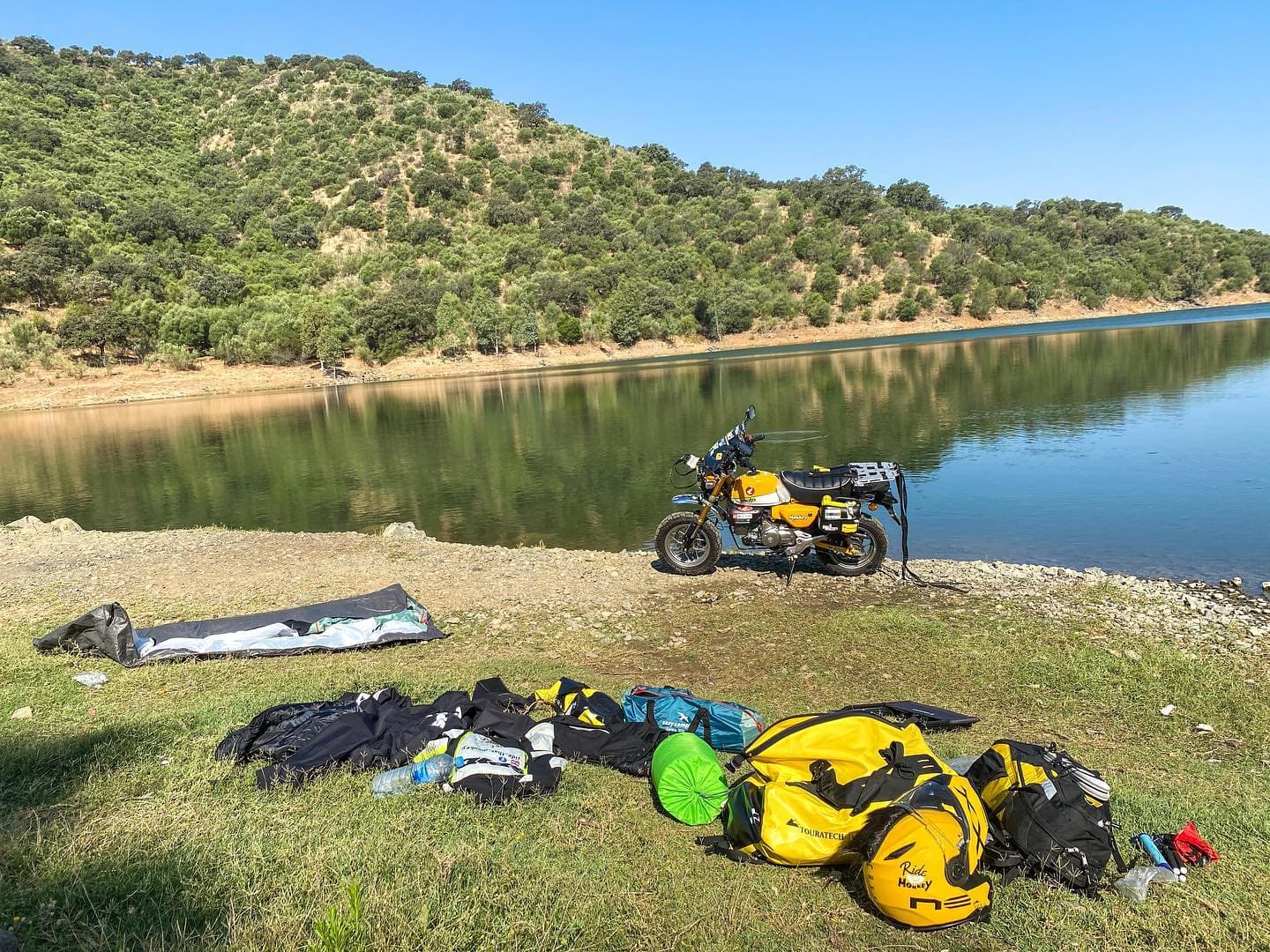 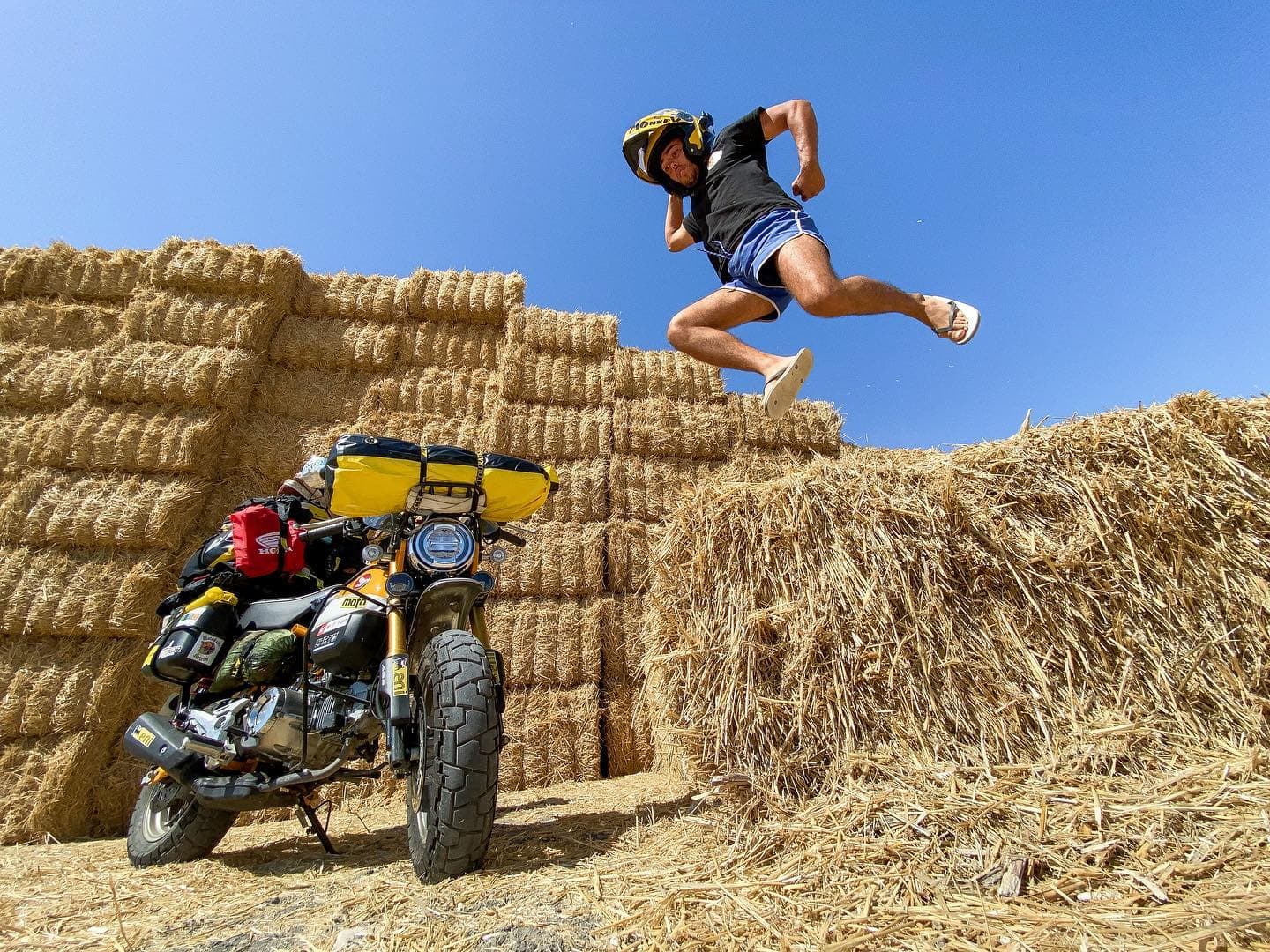 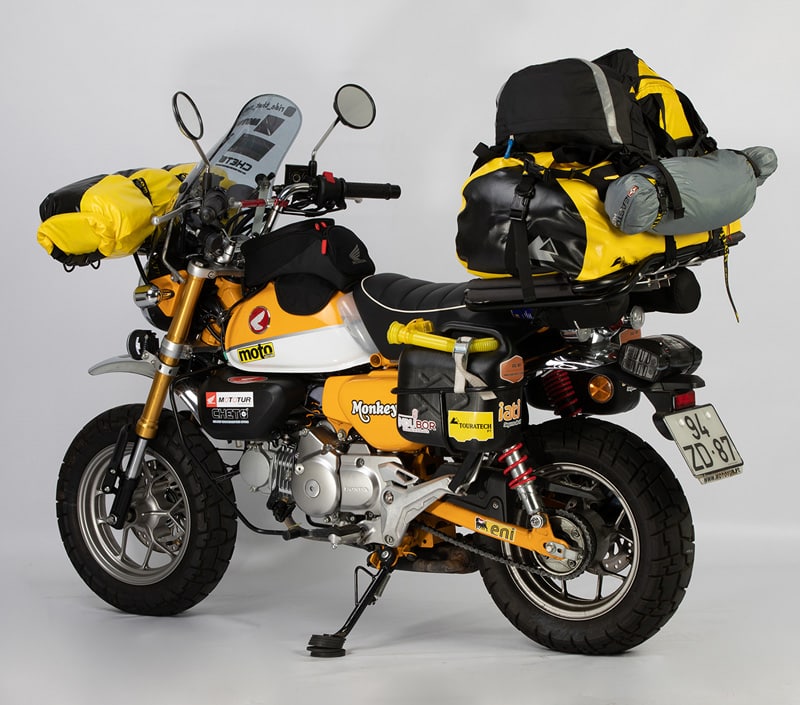 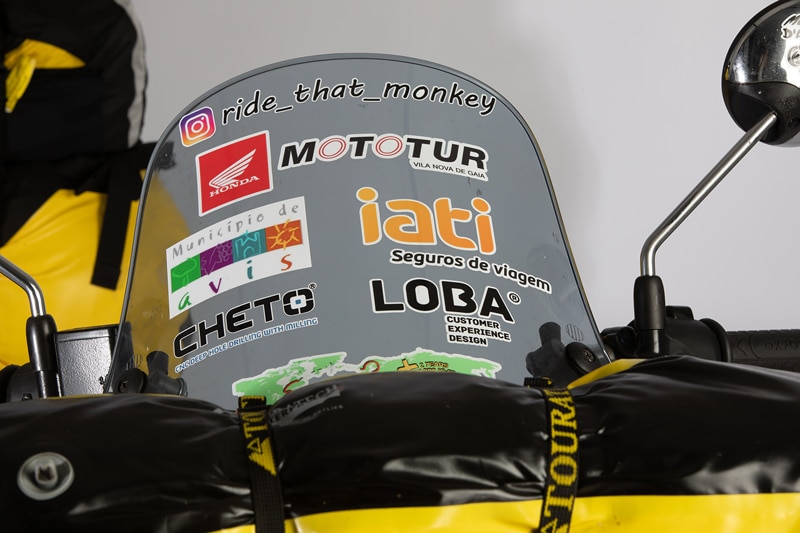 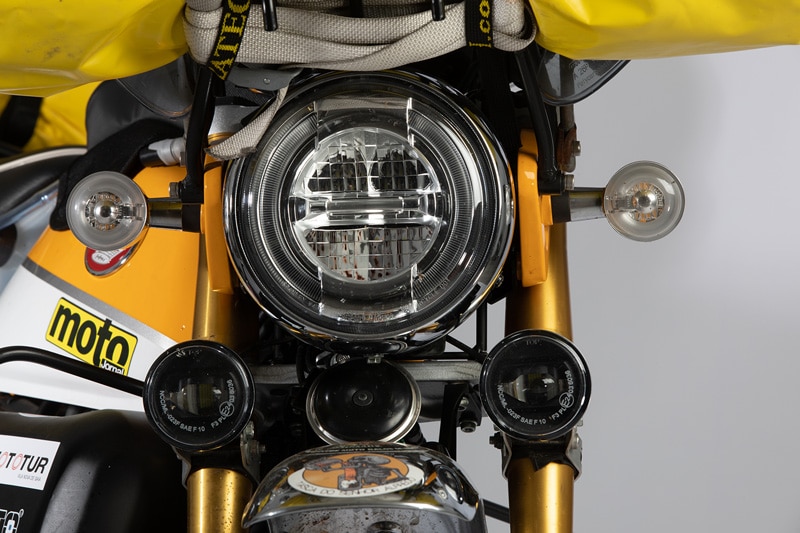 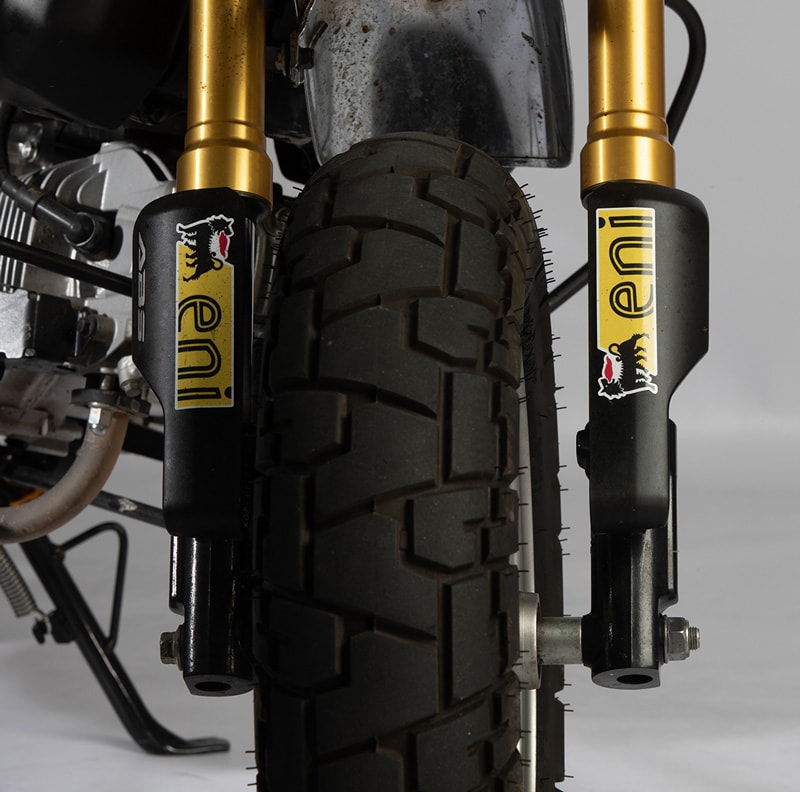 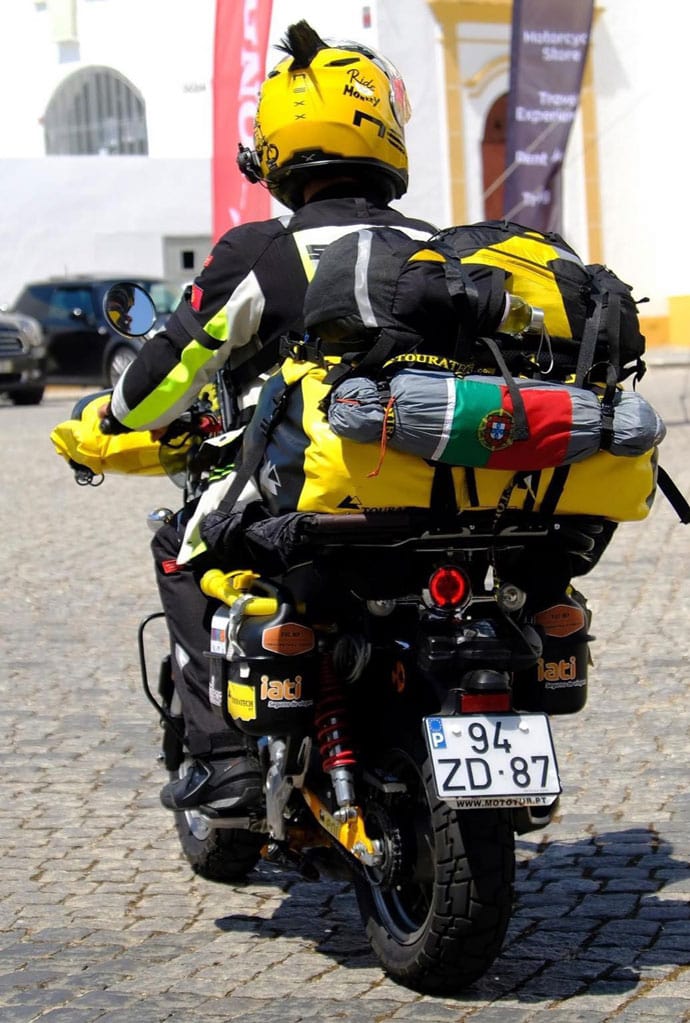