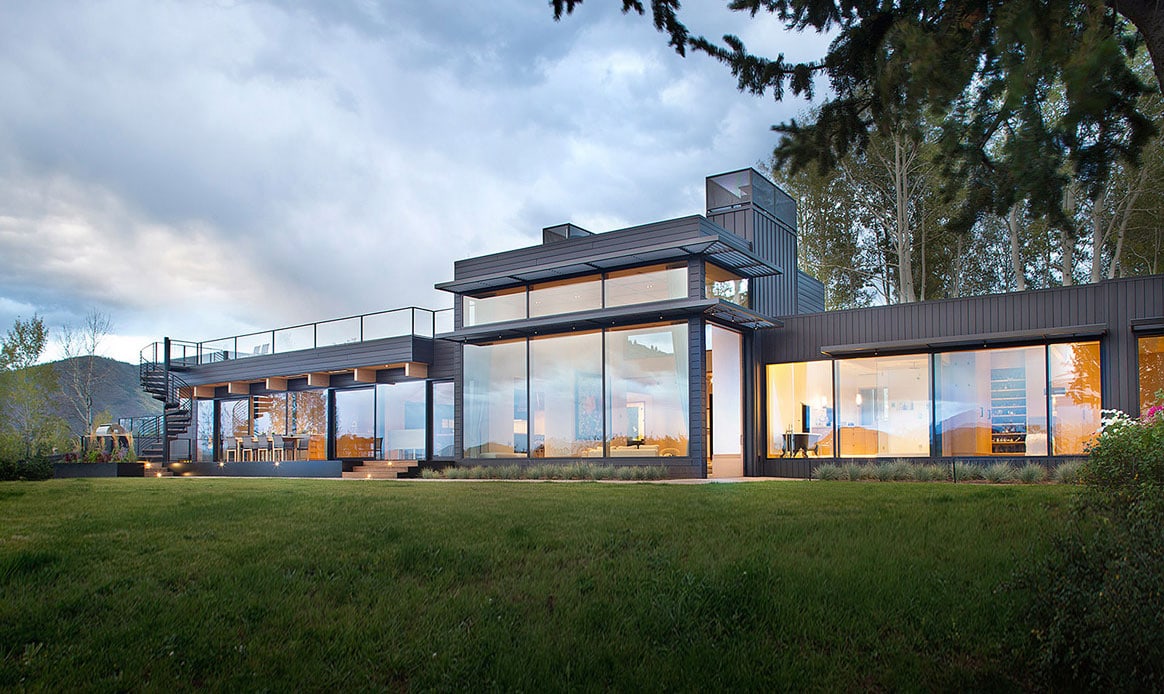 Running side-by-side to the famous Rocky Mountains with extraordinary panoramic views, you’ll find the Aspen Ridge House. Originally designed in 1968 by Ellie Brickham who’s the first female architect in Aspen, a modernization of the house demanded a thoughtful process by the architects from Rowland+Broughton. Many parts of the 8,259 square foot residence still date back to 1968 and is now a beautiful combination of old and new.

To get there, the R+B team carefully considered what to keep. By removing or adjusting some of the later renovations and additions that had been implemented over the years, they kept the original layout and implemented a more modern and enjoyable environment for the new owners.

The timeless form is supported by a series of stone walls on one side, and dark gray metal sidings with large floor-to-ceiling windows on the other side as a contrast. One of the goals of the project was also to bring in new materials that would gain patina and improve with age. 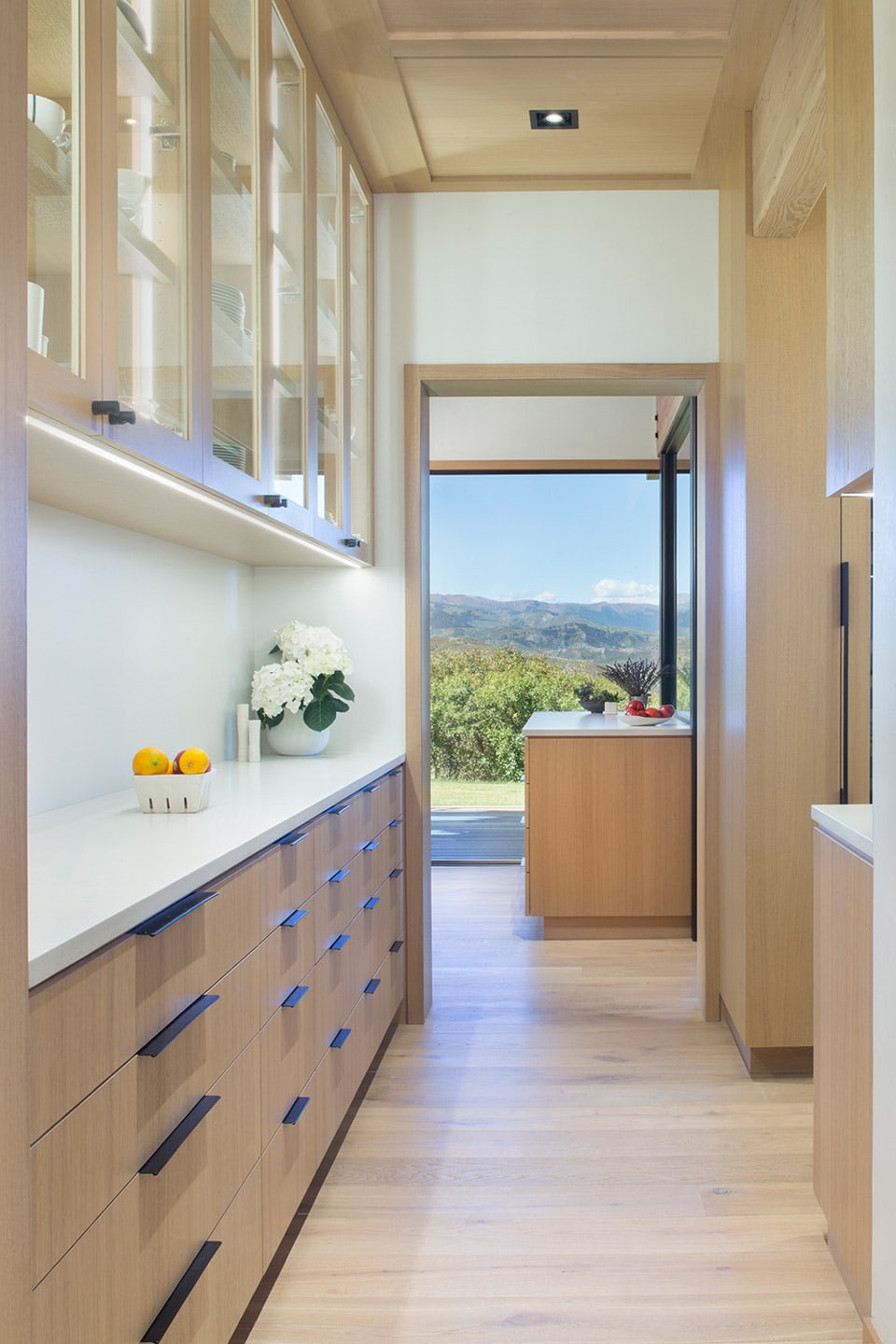 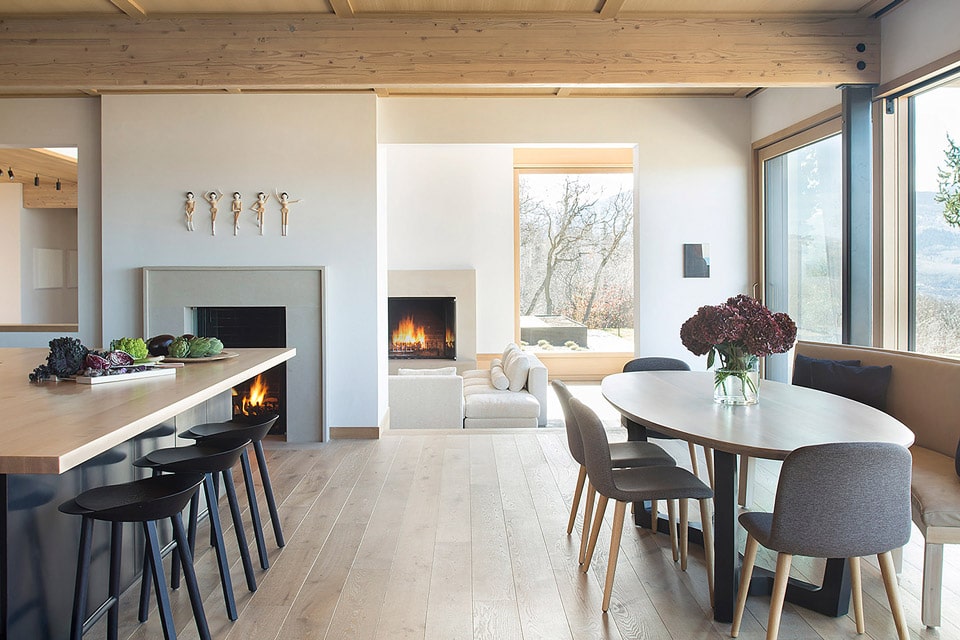 The horizontal interior layout consists of large timber beams, wood-clad walls and wood flooring throughout the residence. The original fireplaces still exist and help to balance the new and old while paying homage to the previous decades.