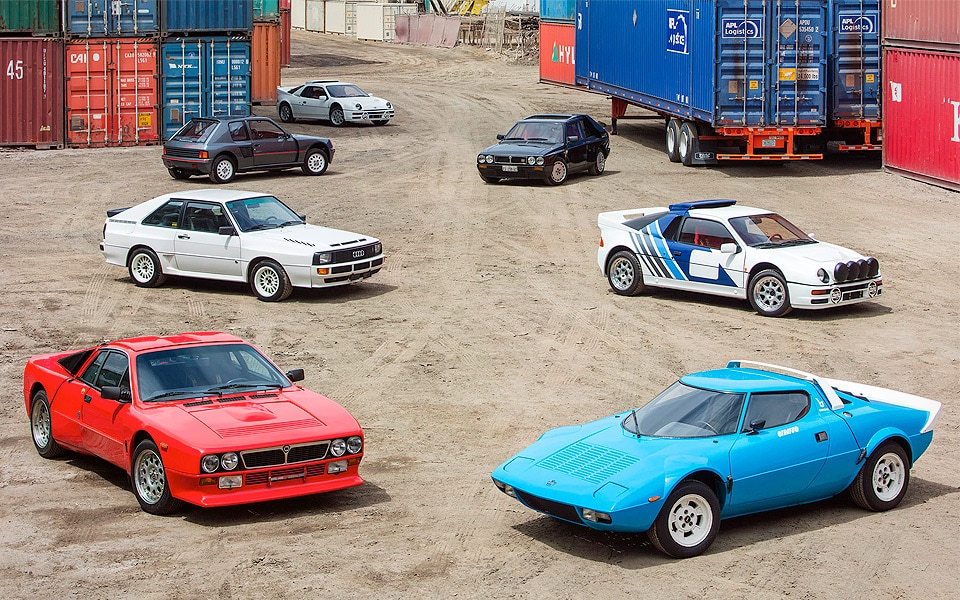 Bonhams Auction House put up an auction for the serious car enthusiast – a Group B rally car collection. They are experts in rare cars and in 2017 they put together a group of the rarest and most expensive rally sports cars. If you didn’t get the opportunity to buy your share of the collection, we bring you a sneak peek of the Bonham’s Group B Rally Car Collection.

Each car was up for auction individually, and as you can see in the pictures, there were numerous icons under the hammer: 1985 Audi Sport Quattro S1, 1983 Lancia Rally 037 Stradale, 1975 Lancia Stratos HF Stradale and 1986 Ford RS200 Evolution – one of only 24 ever produced.

The Stratos is for many people the first purpose-built rally car from the Lancia factory. Incredible as it may seem today, after the 500-or-so cars required for homologation had been completed in 1975, the vast majority remained unsold due to lack of demand.

1-of-24 Ford RS 200 Evolution. Produced in the lowest numbers out of the collection, making it especially rare in comparison. Masterminded by its European Motor Sports boss, Stuart Turner, the RS 200 was Ford’s ambitious attempt at producing a championship-winning Group B rally car.

1985 AUDI SPORT QUATTRO S1 – Sold for $484.000.
The legendary Quattro. This was a one-owner example since the car left the production facility. For many people, the Quattro is the pinnacle of rally cars thanks to its legendary all-wheel-drive system and the five-cylinder turbo engine.

If you are not familiar with the legendary Group B rally – Please turn up the volume and enjoy this video: