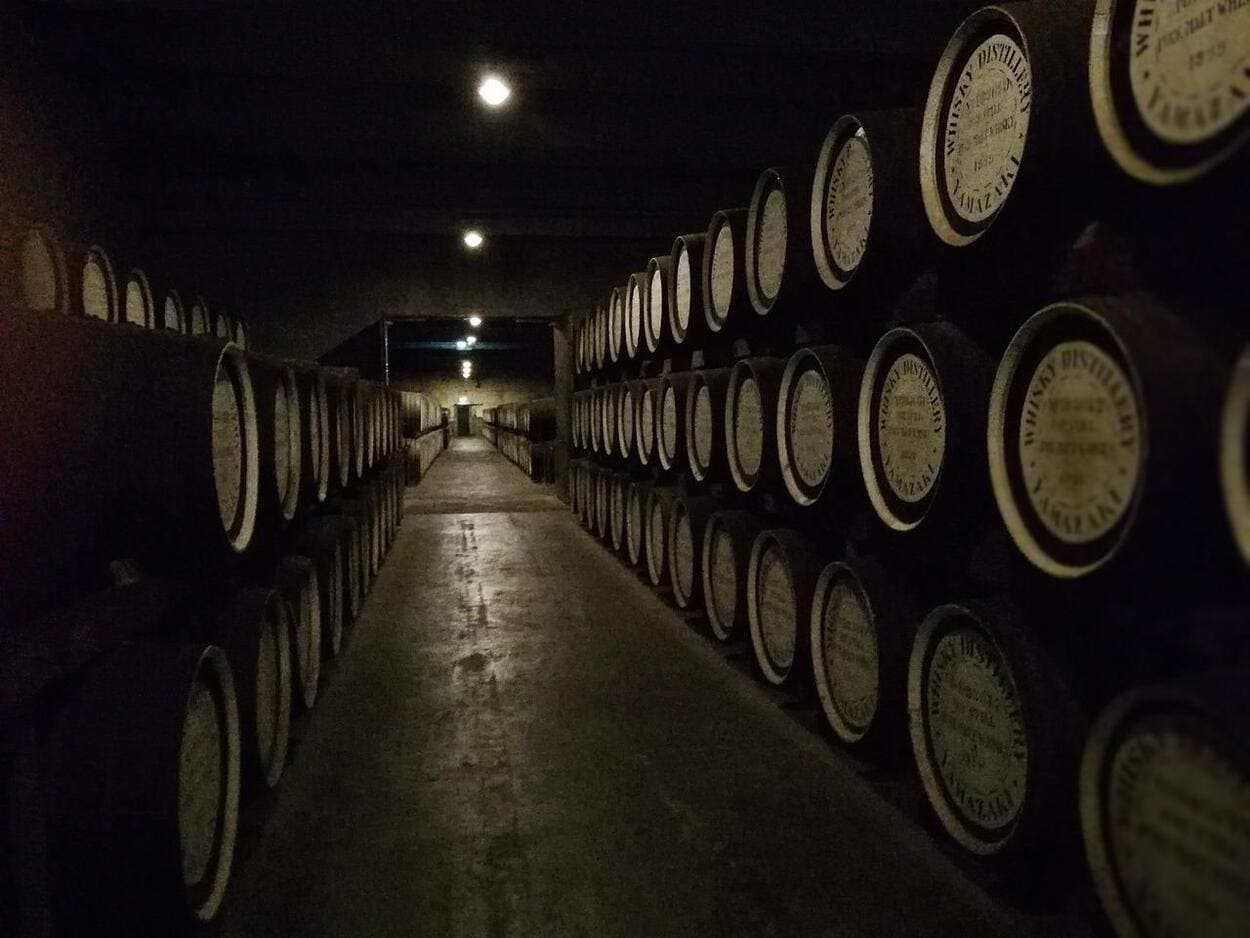 Looking for something as smooth as Tennessee Whiskey? This article takes you on a windy whiskey trip around the world to uncover the greatest Whiskey distilleries and destinations across the globe.

NB: We will use Whiskey and Whisky spelling according to their cultural relevance which is “whisky” when it’s from Scotland, England, Canada, or Japan and “whiskey” everywhere else.

USA distilleries – nothing as smooth as Tennessee Whiskey 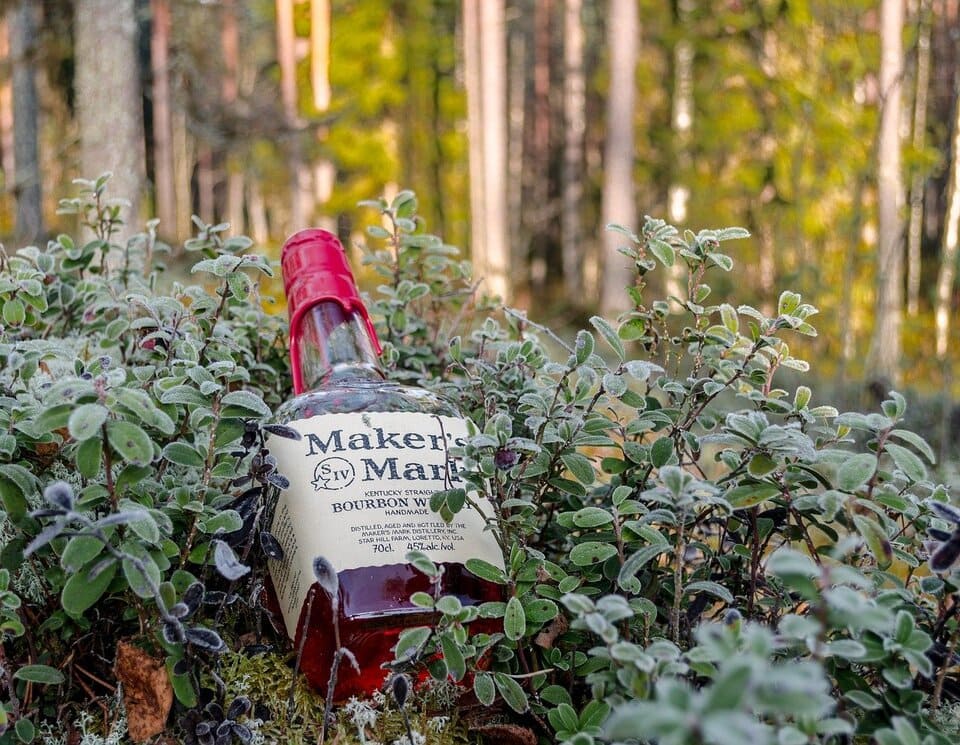 Are you as smooth as Tennessee Whiskey? Crafting something that endures for over 150 years takes time and character. You’ll find plenty of both in the people and history that make Jack Daniel’s. JD was the first registered distillery in the USA in 1866. A rockstar legacy brand that has stood the test of time from prohibition to world wars and regained its core momentum from the Rock n’ Roll era into today.

Come as a friend, leave as a family. They are quite the welcoming bunch at the Jim Beam Stillhouse with the support of 8 generations of beams under their roof, a birthplace for bourbon since 1795. Their innovation is next to none in the Whiskey industry – sporting an impressive lineup of beverages and variants including limited timers, highballs, classics, flavor collaborations and more refined bourbons. It’s also worth noting that Knob Creek and Basil Hayden also live within this family.

Self-proclaimed; “The world’s finest Bourbon Whiskey” we must admit Woodford comes out on top as an all-star in its trade. It comprises more than 200 detectable flavor profiles from bold grain & wood to sweet aromatics, spice and floral notes. Sitting within one of the most beautiful distillery sites and a National Historic Landmark we would give this one a big tick in the must-visit category.

Tradition never dies at Makers Mark. Since 1953 from the old letterpress to the way each barrel is hand-rotated and hand-dipped, Makers Mark is truly skilled at their craft and consistency. The distillery is located on a Limestone shelf and watershed which filters out iron from water (unpleasant in bourbon) but retains calcium and magnesium-rich water remaining their key to crafting the unique taste of Maker’s Mark in which yeast can flourish.

Now that’s the spirit – carrying a rich tradition that dates back before prohibition. Founded by the ‘Buddha of Bourbon’ and longest-tenured active Master Distiller in the world; Jimmy Russell and now teaming up with none other than Matthew McConaughey as Creative Director to push the brand forward another lifetime. You can’t fault this team of passionate connoisseurs with a true sense of adventure – even the Wild Turkey brand got its name from a wild hunting trip for, as you can guess, Turkeys.

Founded in 2006 by husband and wife team David (former biochemist fixated on the parallels between fermentation and distilling) and Jane Perkins. Park City founded the perfect base encapsulating the Old West and Utah’s hidden whiskey history. What’s even more exciting is that this humble distillery sits at the base of one of the best ski mountains in the world. Ski-In-Ski-Out whiskey tasting anyone?

Scotland – Explore the magical taste of the Scottish highlands 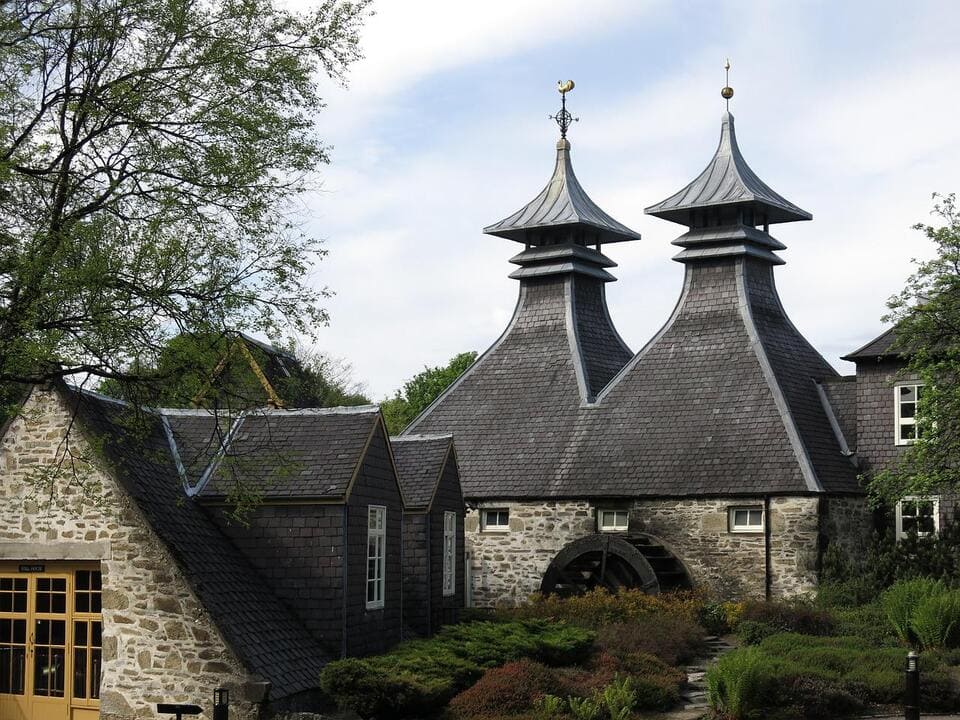 Speyside is home to the most reputable whisky distilleries in the country of Scotland, producing half of the entire country’s single malt whisky. and hailing some of the best-selling and top consecutive award-winning labels in the world; Glenlivet and Glenfiddich.

The Speyside Way Whisky Trail should be number one on your Scotland bucket list. It’s a multi-day hike starting in Buckie on the coast of Moray Firth. The trail is spanning 116 Kilometers (72 Miles) and marked by a thistle in a hexagon all the way to the Cairngorms National Park mountain ranges. The most famous visit-worthy distillery sites on this trail are;

Ireland and its famous whisky distilleries

Let’s start with a fun fact by the Distilled Spirits Council. Did you know? More than 5 million cases of Irish Whiskey were sold in the United States in 2020 (worth a whooping $1.1B)! There are several Irish Whiskey Distilleries worth an exclusive mention and may come with little surprise as well-known legacy Whiskey brands; Jameson and Bushmills, take the leaderboard.

It wouldn’t feel right not to mention this relic first as one of the best-known Whiskey brands in the world Jameson also takes the cake for being the largest in Ireland and harboring the world’s most expensive bottles of vintage 1974 whiskeys valued at €35,000 each! Jameson Distillery was the result of a power play amongst local distillers to merge and conquer with the rise of competition and popularity of blended whiskeys.

They say you should never choose your favorite child but Ireland has certainly been making some special exceptions for this distillery as a #1 favorite to visit for over 10 years. Their exclusive Descendants Cask Programme is also worth a special mention as it gives individuals, groups, and businesses the opportunity to become one of only 100 ‘Descendants’ – cask owners in the 2022 Cask Edition. They take small batching to the extremes with only 4 casks being produced daily – so make sure not to miss out on this one!

Is it the Godfather of Distilleries? Marking its territory as one of the oldest whiskey distilleries in Ireland dating back to 1608 perched amongst the iconic Causeway Giant. Its name is generated from its ingredient origins which are water from the River Bush and Barley from the local mills. Bushmills uses 100% malted barley to create their iconic malt whiskey.

Originally dating back to 1829 and getting its middle name from its prospering manager Daniel E Williams. Spanning 58 acres of grain to glass, this impressive distillery site is a challenger brand that embraces cultural diversity with a mission to encourage the world to ‘blend’ and a goal to make the world wiser, richer, and more open place. World-famous for its blend of 3 types of different Irish whiskeys Tullamore is a truly unique and vital addition to the Irish Whiskey legacy.

Paving the way for the future of Irish Whiskey – Teeling was the first new distillery in Dublin for 125 years – let’s call it the Great Whiskey Revolution of 2015 however don’t be fooled the name Teeling actually comes from a long line of Teeling Whiskey enthusiasts and some bad financial acumen until its present-day operations. Known predominantly for their Small Batch approach across Single Malt, Single Grain, Single Pot Still and the Peated Single Malt Teeling knows how to keep our taste buds coming back more time and time again.

We can thank god for this one, literally, as Pearse Lyons resides in St James restored church making Pearse a fairly new kid on the Whiskey block in comparison to its legendary worthy adversaries however they certainly know how to “Keep up with the Joneses” offering a gastronomic Whiskey experience pairing it’s Signature Whiskeys with magnificent food.

What’s your next Whiskey destination?

Whilst this concludes our top picks on Whiskey destinations and distilleries in Ireland, Scotland, and the USA, we should mention there are a significant amount of new micro/small batch Whiskey Distilleries popping up across these countries. They have not been included in this article but are still worth a visit. In particular “new school” whiskey and spirit distilleries have been making a significant movement globally in whiskey making and would also be worth a visit to see innovation in this category.

This micro category of Small Batch makers is supposed to be exclusive to 3, 5, or 10 barrel releases. However, this isn’t always the standard as major brands have been known to ‘small batch’ up to 300 barrels. These small-batch limited-time whiskey offerings really set the bar and are an invisible divider on whiskey drinkers versus whiskey connoisseurs often playing a pivotal role in ‘upgrading’ your tastebuds and appetites for more superior whiskey, often also referred to as bourbon, bottles.

A Gentleman’s Guide To The Best Cocktail Books