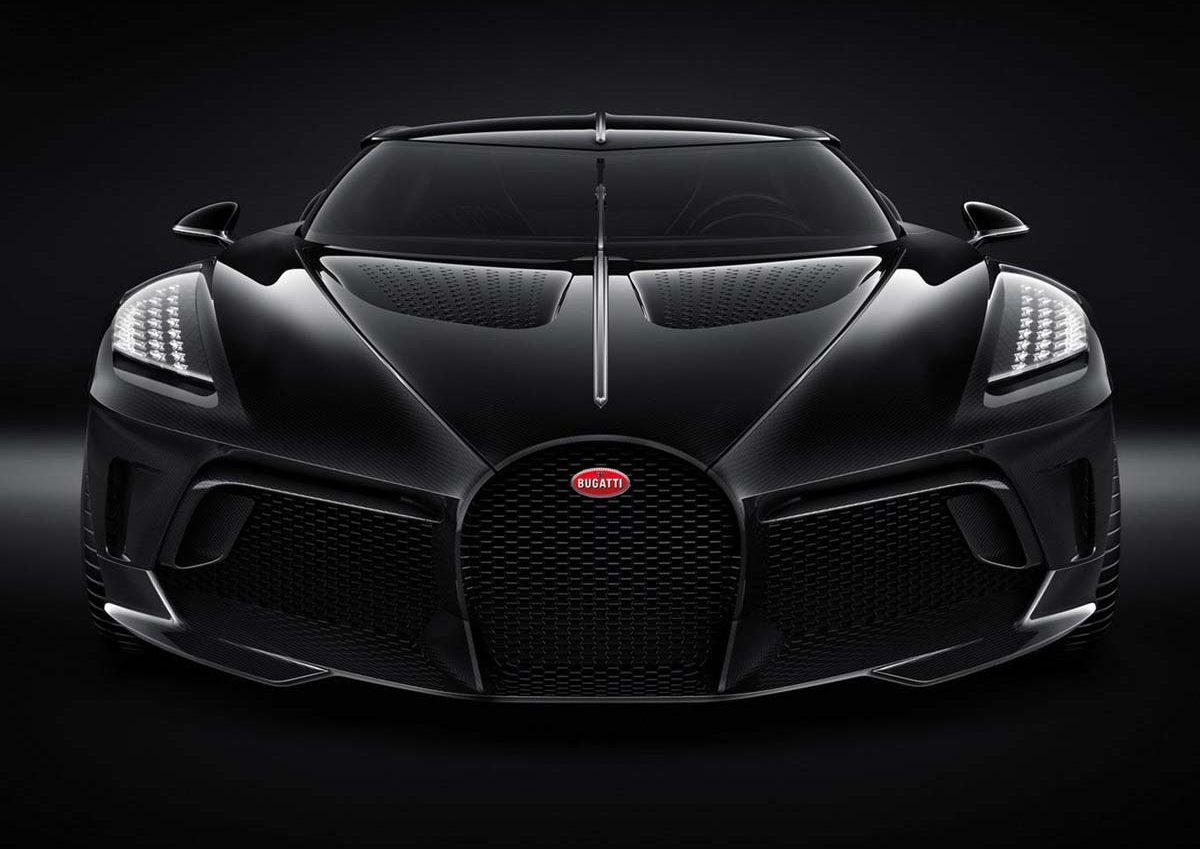 Bugatti is celebrating their 110-year anniversary and therefore, of course, releasing a new supercar. The Bugatti La Voiture Noire is the most expensive new car ever but, in spite of it’s immediate succes, Bugatti sticks to their decision of only making one.

The one and only Bugatti La Voiture Noire

Because of the price tag of $18.68 million (taxes included!), the Bugatti La Voiture Noire is the most expensive new car! The all black car is made from carbon fiber and built upon the Chiron drivetrain. Therefore, the escalated price is entirely due to the fancy design and the ultra-limited edidion as there are no performance enhancements compared to the Bugatti Chiron. Consequently, the Bugatti Divo is still the best-performing vehicle of the 110-year old Bugatti brand.

“Once the design team finished with their work, the extremely limited-edition new car was bought by the first person it was offered to”

Tribute to the Type 57SC Atlantic

The name of the new Bugatti model is French for ‘The Black Car’. It’s also a modern interpretation of Jean Bugatti’s (eldest son of founder Ettore) Type 57SC Atlantic. The 57 Atlantic had an iconic all-black variant that went missing during WWII and this is what the anniversary model La Voiture Noire commemorates.

“What a badass way to celebrate your own birthday!”

The story of Bugatti

‘Automobiles Ettore Bugatti’ was founded in 1909 in Alsace by the Italian-born industrial designer Ettore Bugatti. To this date, the cars are known for their beautiful design and the astonishing racing performance. Something that has also given Bugatti many victories over the years. When Ettore Bugatti died in 1947, following the death of his son in 1939, there was no successor to lead the factory. As a result, the car manufacturer struggled for years before being bought for its airplane parts business in 1963. Later in the 1990s, an Italian entrepreneur revived the brand with a limited production of exclusive sports cars and in 1998 Volkswagen AC acquired the Bugatti brand.

The great Bugatti comeback was made with the launch of the Bugatti Veyron in 2005. Top Gear named the model ‘Car of the Decade’ and it is still the world’s fastest street-legal production car with a top speed of 431.072 km/h (267.856 mph).

Price $18.68 million – but the only example is unfortunately already sold.