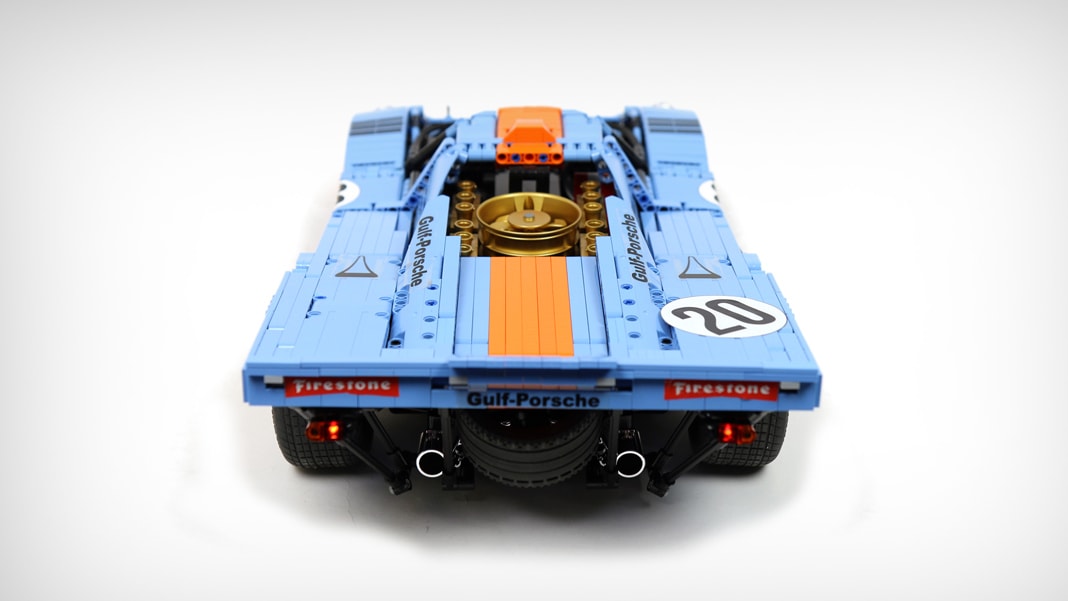 Polish graphic designer Pawel Kmiec has built the legendary Le Mans race car; 1970 Porsche 917K in LEGO. Get the story behind the car that won the 24 Hours of Le Mans in 1970 and 1971 – and see the amazing LEGO Technic design made entirely by hand. 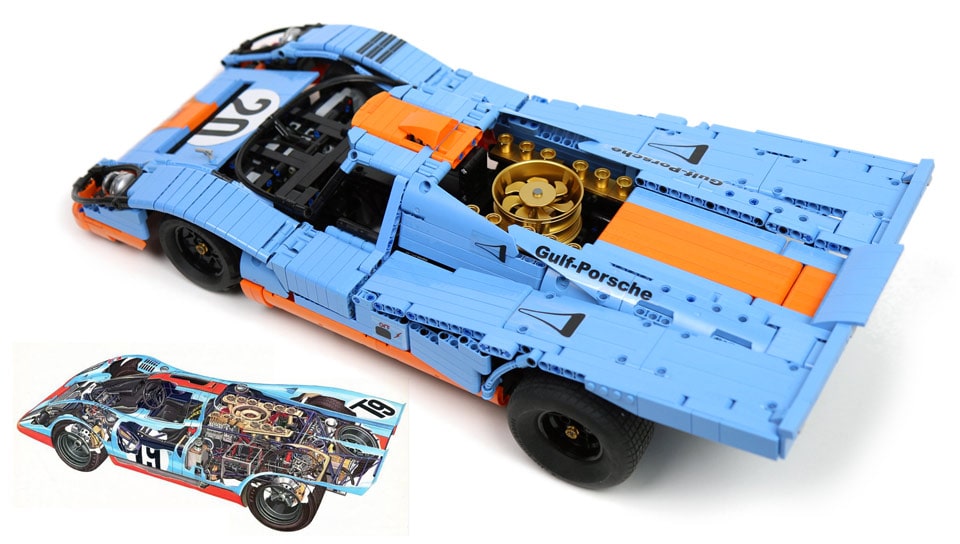 36 year old Polish graphic designer Pawel Kmiec is the man behind the prolific LEGO Technic builder ‘Sariel’. For more than 10 years, Sariel has shared his amazing builds with an increasing number of LEGO fans across the globe. His extensive documentation of the constructions inspire other LEGO builders and his designs have also been featured in numerous magazines. 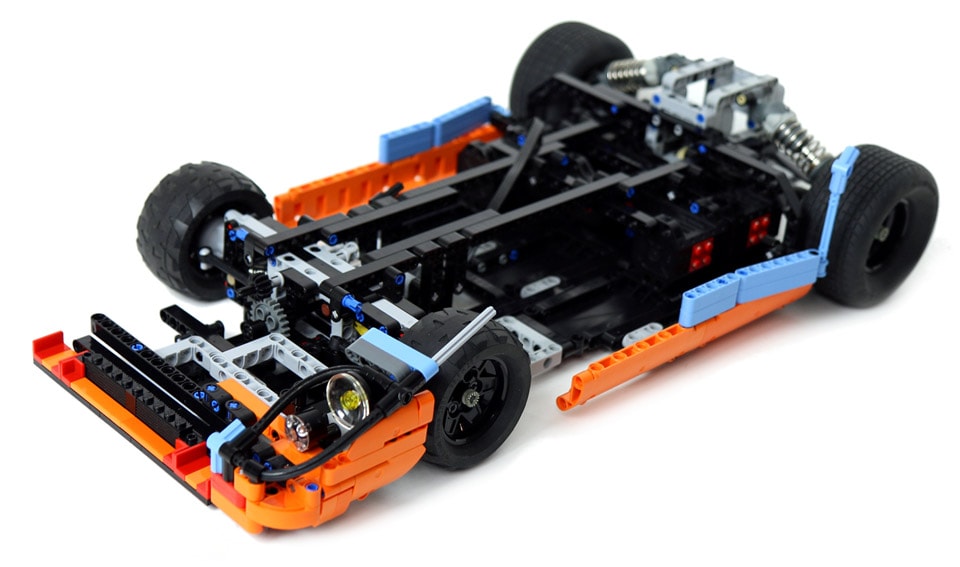 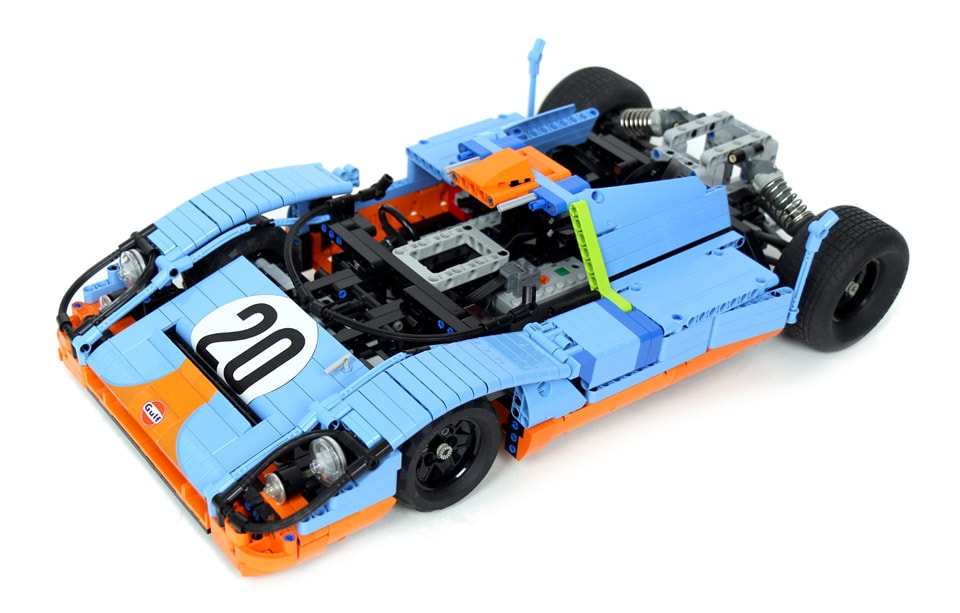 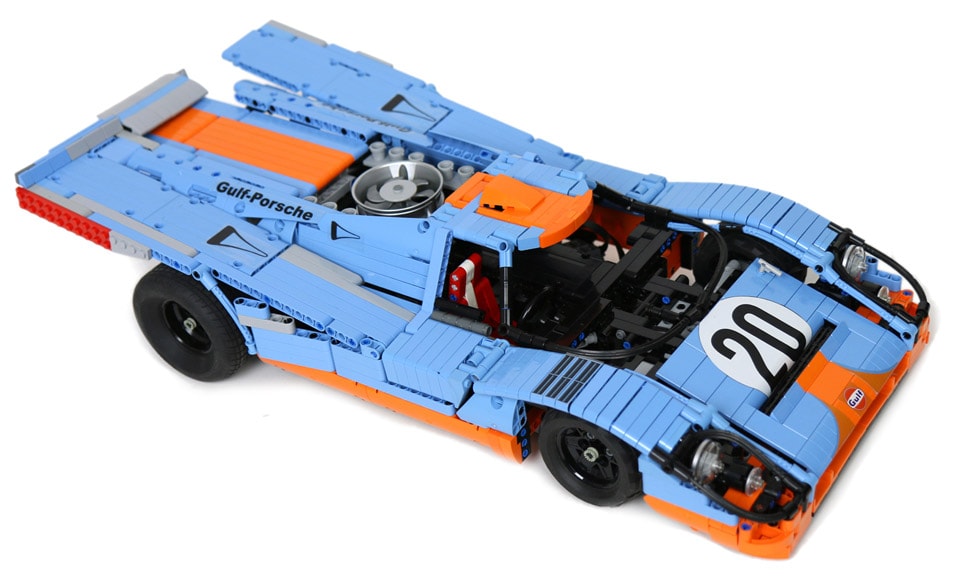 How to build a Porsche 917K in LEGO Technic

After deciding to build the Porsche 917K based on the original 1970 version in Gulf, Sariel started to look for the rare medium blue and orange bricks from the Bricklink. The model came with a couple of challenges – especially the silhouette with the extremely low and flat design which gave very little room inside. After experimenting with a couple of different set-ups, he decided to go with a fairly simple technical solution and focus on a good-looking fast car. The result is an agile car with great acceleration and tight cornering – but with a top-speed of 6.5 km/h.

The Porsche 917 was launched for the 1969 racing season. Unfortunately, the car delivered poor results and killed a driver in an accident due to stability issues. Porsche then handed over the car to Gulf team for further testing and development and the outcome was the Porsche 917K -“Kurzheck” – which means shorter tail.

“I couldn’t find the sports car of my dreams, so I built it myself”
-Ferdinand Porsche

The new design improved performance drastically – so much that the 917K actually won 7 out of 8 races in 1970! After Porsche had been the underdog for decades, they became the leading race team and the brand to beat.