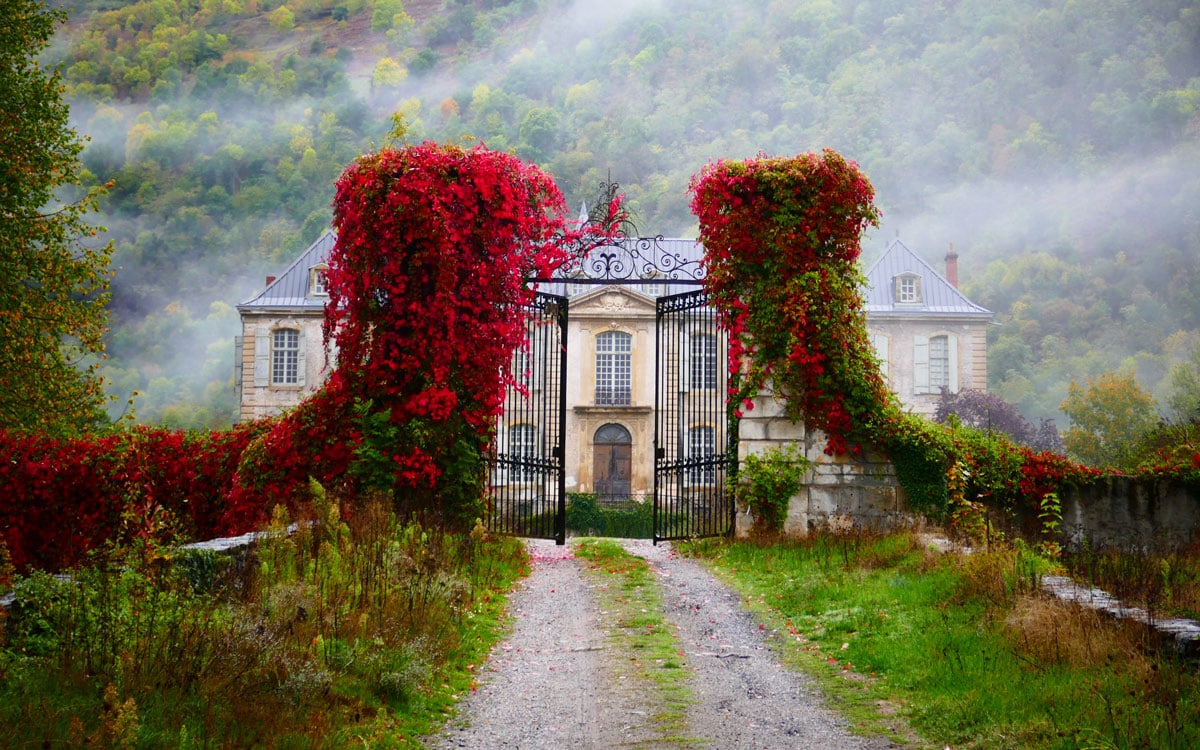 Renovating a castle to its former glory

In 2013, the Australian couple Karina and Craig Waters bought an abandoned castle in the French Pyrenees. They dreamed of restoring and renovating a castle in poor condition but they struggled to find something in the right conditions and with great potential.

They finally discovered the French castle, Château de Gudanes which had already been for sale for 4 years. Luckily for the Waters family, no one had yet stepped forward with the courage (and funding) to take care of the once magnificent building.

A historical monument dating back to the 1300s

The castle dates back to the 1300s. In the past, there was also a fortress on the site, but this was destroyed in 1580 during the French Wars of Religion. Château de Gudanes, built in the mid-1700s, was commissioned by Louis Gaspard de Sales, Marquis of Gudanes. Gaspard, also known as the “King of the Pyrenees”, was an influential man who sat in Toulouse’s parliament and gladly spend a fortune on the castle’s construction.

In the 1990s, a company planned to convert the castle into luxury apartments. Thankfully, the plans were blocked by the French State due to the castle being a historical monument. Never the less, the abandoned castle continued to get in worse conditions with the roof collapsing in four different places and mold growing due to heavy water damage.

The castle had no electricity, heating or water. Still, the 1,000 square meters building was everything that the new owners dreamed of. With an ambitious goal to preserve the castle’s original atmosphere and style, they took off on a tough journey and started renovations eight months after buying the castle in 2013.

Fortunately, the castle was spared during the French Revolution and still today som rooms have frescoes, wall paintings, fireplaces and other decorations. As you can see in the pictures, it took a massive effort to preserve these treasures.

Karina and Craig Waters’s plan was to rent out the property and use the magnificent castle to host conferences, weddings and a cafe. Every day they are one step closer and already now, the castle’s journey back to its former glory is a true pleasure!

Living In A Water Tower Converted Into Unique Family Home