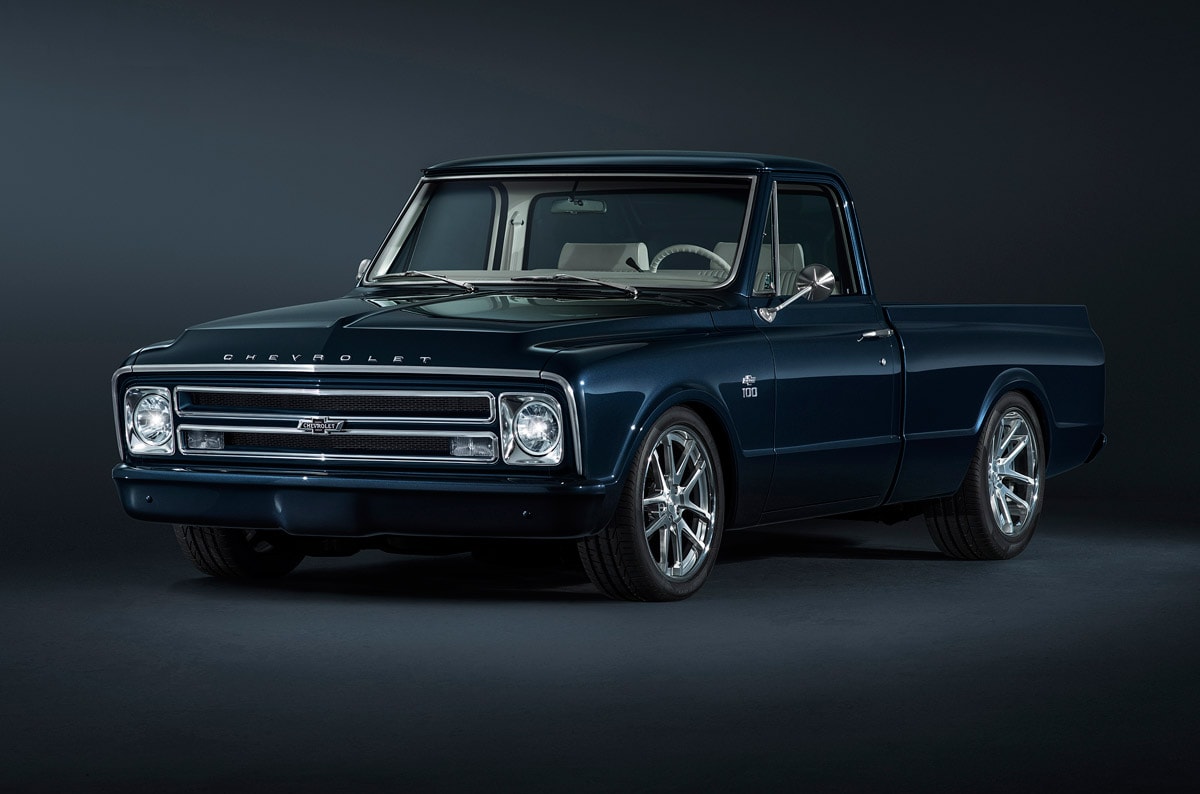 In 2018, Chevrolet trucks celebrated its 100th anniversary. For the SEMA show, they rolled out this custom truck based on one of the most iconic pickups ever built, the 1967 Chevy C10. 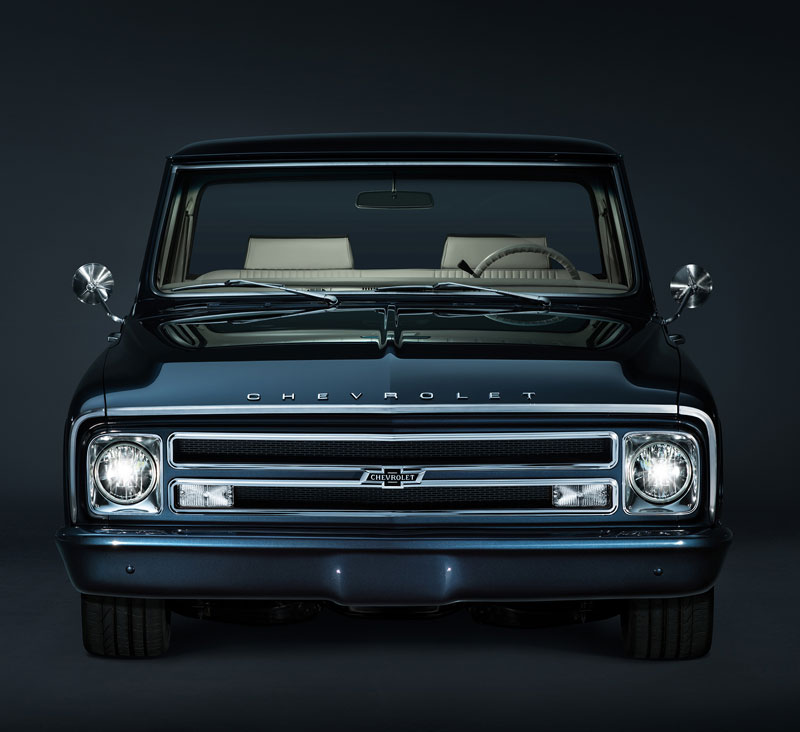 The custom Chevy C10 truck started out as a standard long-bed model with the big-window cab. For the new design, the frame and bed had to be shortened and the suspension was lowered with drop spindles and custom springs. The 20-inch wheels have been installed with perfect fitment without being too tight. To match the rest of the body, the bumpers were first smoothed and then painted “Centennial Blue”. All metalwork on the car has a flat, brushed look and like the Silverado and Colorado, the bowties have Chevrolet logos in the middle. 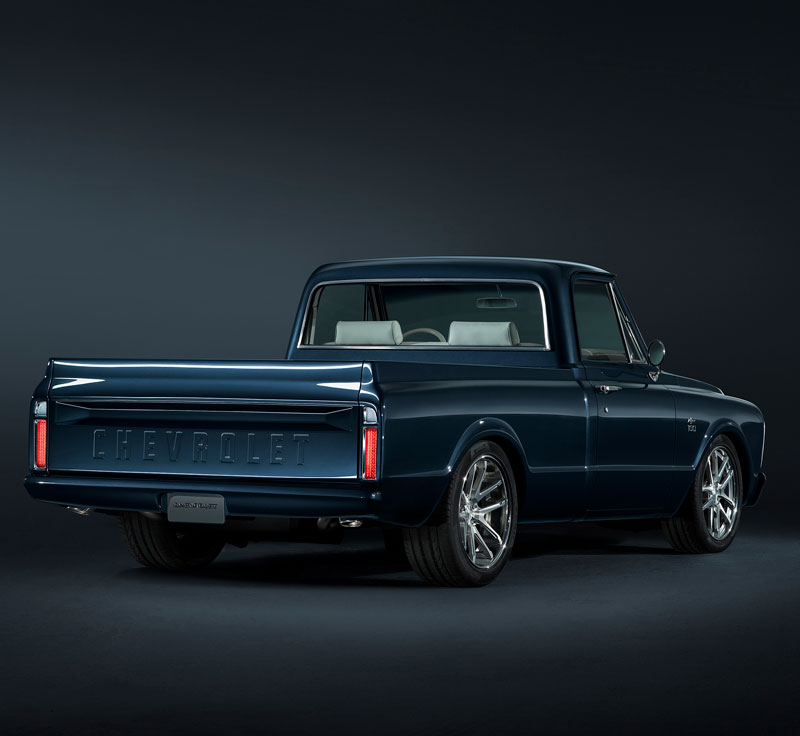 Despite the cool exterior, the best part of the truck is under the hood. The ZZ6 small-block crate engine makes 405 horsepower and has 430 pound-feet of torque. The truck also has a 4L65-E four-speed automatic transmission as part of the Chevrolet Performance Connect and Cruise system which connects the engine, transmission, transmission controller and more in one package. 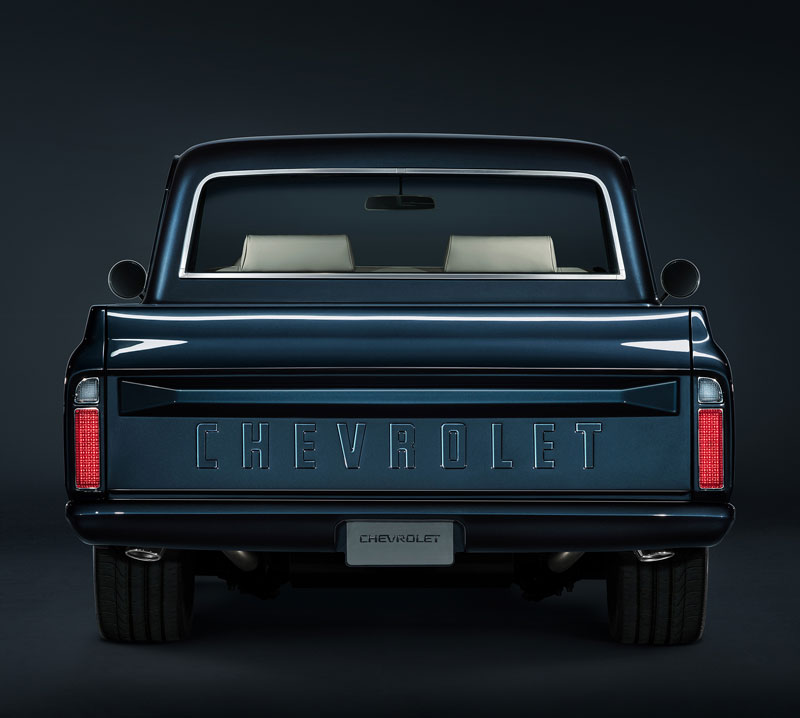 The first purpose-built Chevrolet truck is the 1918 One-Ton. The truck was meant to be an affordable and flexible platform for customers to build on, and could be purchased as either a cowl and chassis or an express body with or without an eight-post curtain top. Some assembly was to be expected for the new owner. 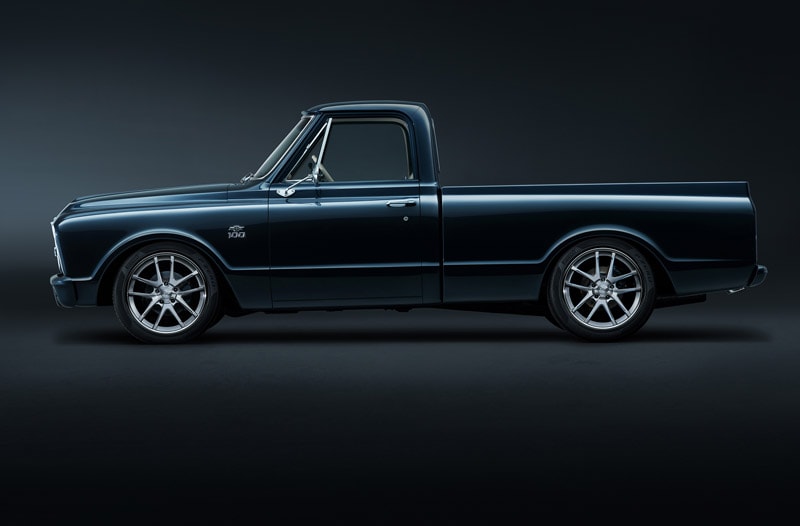 Back in 1967, Chevrolet decided to launch a revised version of its successful C/K Pickup series. The result was a clean and crisp iteration thanks to a small rear window and the absence of side marker lights. The C10 from 1967 was therefore the perfect choice for the 100-year anniversary that Chevrolet celebrated in 2018.

Specifications and features of the C10:

Baddest 4-door Bronco in the world!