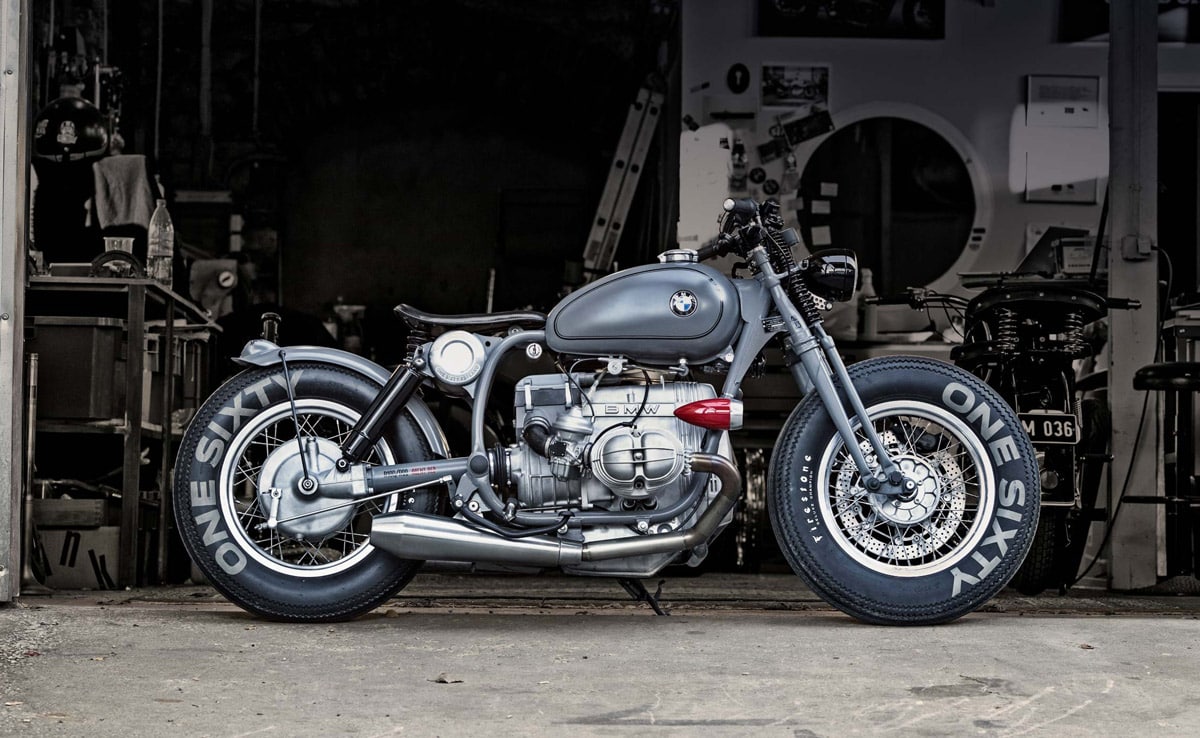 The Estonian custom bike builders from Renard Speed Shop have transformed this classic BMW R100 into a smoking bobber! Everything besides the engine and frame has been modified and there are lots of great details to admire in the design.

The “Fahrenheit 160” custom bobber started its life as a classic BMW R100. However, in the hands of Estonian bike builders of the Renard Speed Shop, it was transformed into a super cool looking bobber. As a result, it has cool look, military styling cues and well-thought details. Once that engine was completely cleaned and restored, it was mounted back onto the original frame and that’s about the only original features left on the bike.

Related: Do you know how to maintain your motorcycle chain?

Due to the 1,000-cc motor, the bike runs smooth. Thanks to new Triumph exhaust mufflers, it is also a lot more quiet. To improve the riding performance, a new Harley springer was mounted in the front. Furthermore, new steering bearing housings were manufactured, and also the geometry of the fork was tweaked. As a result, the entire front has been lowered.

The back of the BMW Bobber is trimmed to look sleeker. Renard Speed Shop has kept the original drum brake in the rear but mounted a 320 mm floating disc from ISR with a four piston caliper from Brembo in the front. Under the minimalistic seat is a metal cylinder that looks like a vintage oil tank. It is, however, a support structure for the shock mouths. As its hollow, this is a perfect place to stash a tool roll or a few essentials. 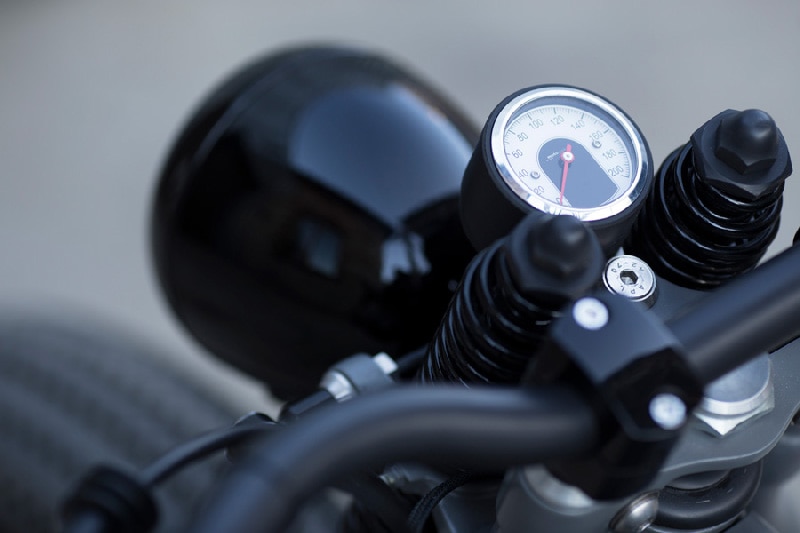 The 16×3.5” wheels are built by Renard and have aluminium rims as well as custom-made spokes. On the 5” wide Firestone tires are giant logos with “One Sixty” which is the Speed Shop’s own smoke house with the same name. Equally, the name is a reference to “160 Fahrenheit” which is also the perfect temperature for running the smokers.

The bike has a quite macho-look also thanks to the matte military grey paint. Thus, it’s a good example of how new and old elements can be combined with great success! Similarily, the handlebars from a 1947 BMW R35 work exceptionally well with the Motogadget speedometer, the Renard switchgear unit and the black seat.

Who is Renard Motorcycles?

Andres Uibomäe and business partner business partner Kaarel Kivikangur started Renard Motorcycles in 2008. The name Renard comes from a small Estonian motorcycle brand that existed in the end of 1930s. “Renard is a beautiful name, and I am happy that such an old motorcycle industry legacy is available for us to continue. Due to the Soviet occupation, most historic ties have been broken. If we had not restored the legacy, then most probably the next generation would not have remembered Renard any more”, Andres says in an interview to Pipeburn. Andreas is an industrial designer who has a big passion for motorcycles and has always rebuild, modified and tuned his own bikes. As well as custom projects, Renard Motorcycles have made their own design: the Renard Grand Tourer (Renard GT) which was unveiled in 2010 at the Hanover Technology Fair. You can check out the GT here:

In addition to Renard Motorcycles, Andrea have opened the Renard Speed Shop in c and the One Sixty smokehouse. Sound like a must-visit place to us!