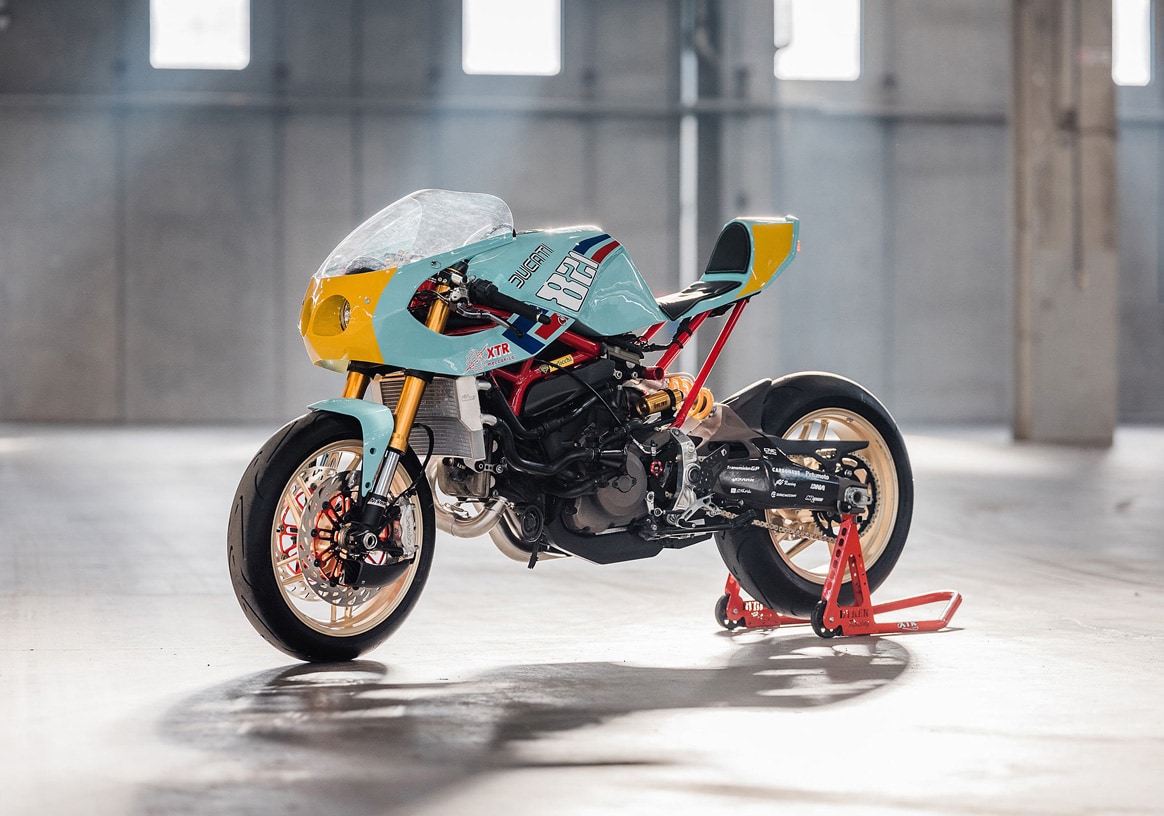 Spanish custom bike builder XTR Pepo has created this awesome custom Ducati Monster 821 Racer. The ‘Pantah’ is a tribute to the original Ducati Pantah launched in the late 1970s and the result is a bike with 100% racing DNA that still looks super elegant! 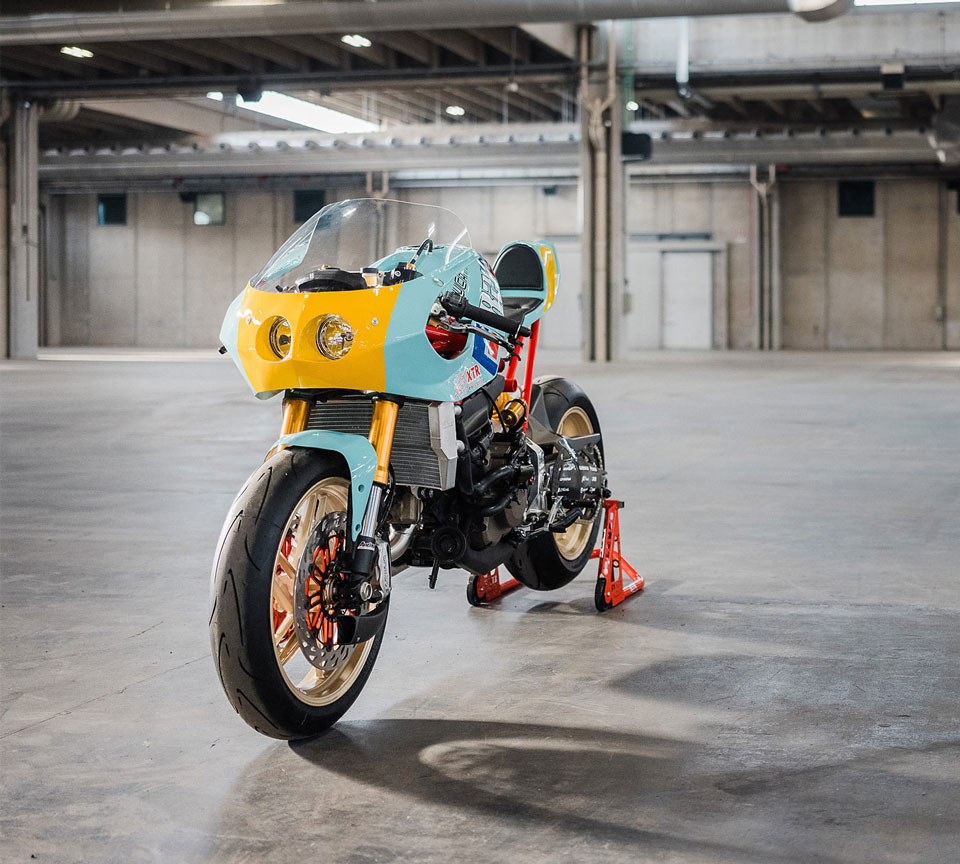 The perfect combination of “old and new”

The ‘Pantah’ started out as a 2016 Ducati Monster 821 and already on the way home, the idea to make a tribute to the original Ducati Pantah was formed. On the inside, the bike is stacked with modern technology and high-quality components while on the outside, it’s dressed as an old and classic race bike. What sounds like the perfect combination is in fact the XTR signature blend and the DNA of the brand. 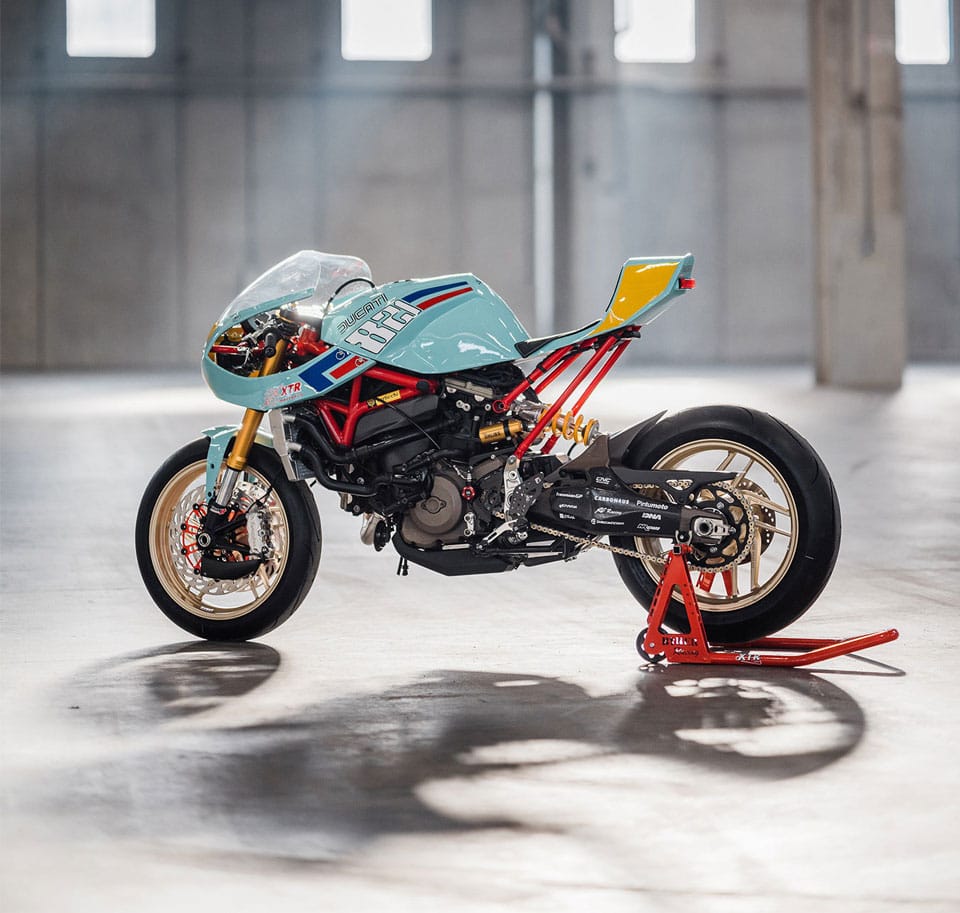 The bodywork of the Pantah is truly amazing and turns the Ducati Monster into a full-blown retro racer. Behind the design is Italian Alberto Caimi, who has modeled the body to perfection before rendering it in fiberglass. Overall, the bike is packed with high-quality performance parts like the DNA air filters, Ohlins shocks, Andreani fork internals and a Spark exhaust system. You will also find XTR solutions like the slimline front mudguard, the mounting brackets and clip-ons, the fuel tank, the levers, windshield, lighting, seat and even the subframe – which are all bolt-on. Finally, the team has used and customized a Carbon4us water reservoir, exhaust covers, coil covers, rear mudguard and a Ducabike hydraulic clutch conversion kit. 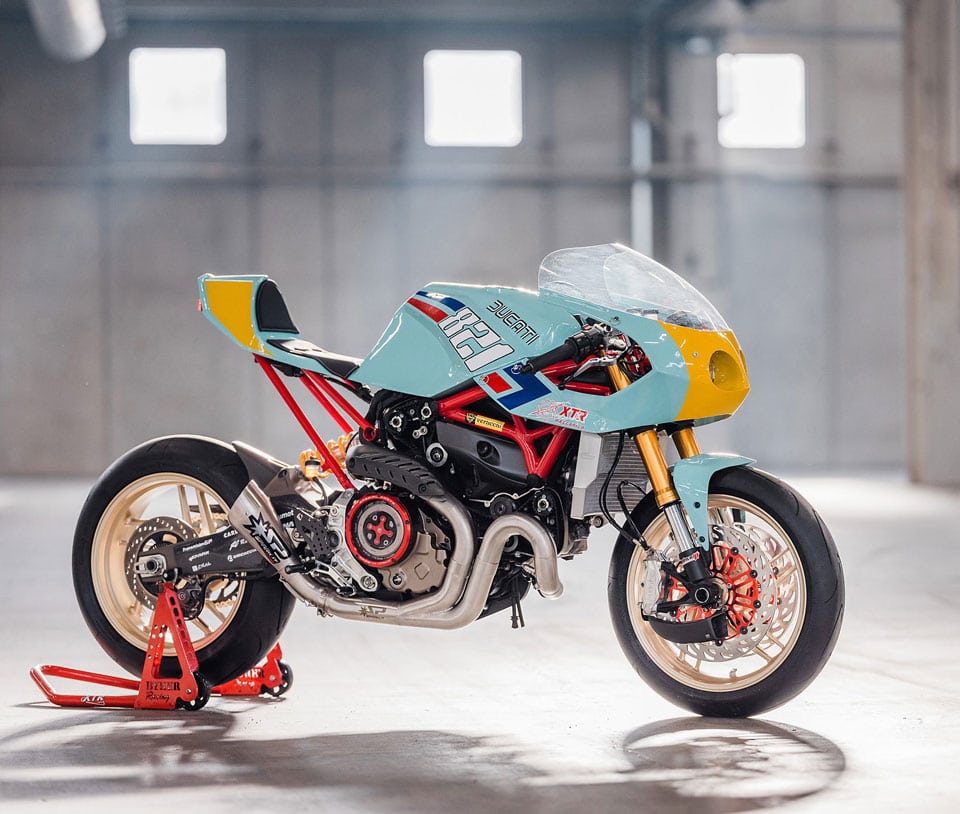 In 1976, Ducati failed to make a success with their 350 cc and 500 cc parallel twins. Chief designer and technical director of Ducati, Fabio Taglioni developed the Pantah 500 as a replacement. The Pantah was developed from a GP500 racer and the V-twin engine competed well against the four cylinder bikes. First shown at the Milan Bike Show in December 1979, the new Pantah came on the market as the 1980 500SL and the last of the line, the 650SL, was sold in 1986. 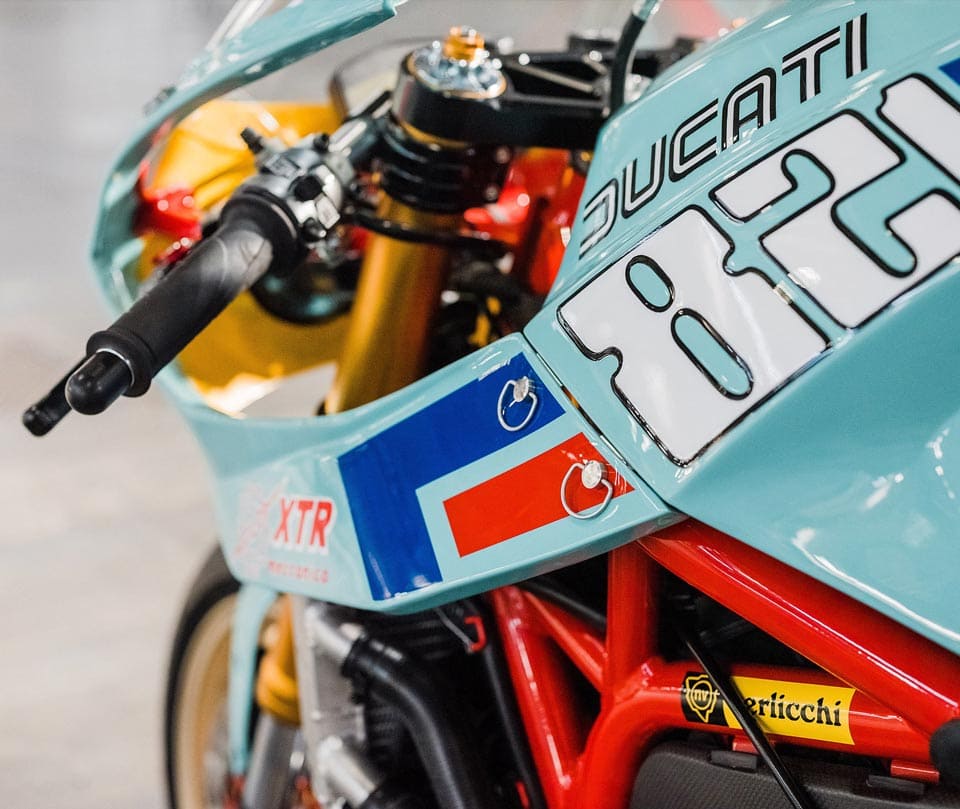 Who is XTR Pepo?

Head of XTR Pepo, Pepo Rosell, has always been a bike fan. As Pepo explains it: “Since my adolescence I have ridden bikes, raced, crashed, repaired and tuned them! From my first bike, a Montesa Crono in the late seventies to my loved Ducatis”. With a past as Ducati importer in Spain and well over 30 Ducatis, Pepo is now behind some of the best racing-inspired customs in the world. He was the front man for ‘Radical Ducati’ for 14 years before starting his own custom shop with XTR Pepo. 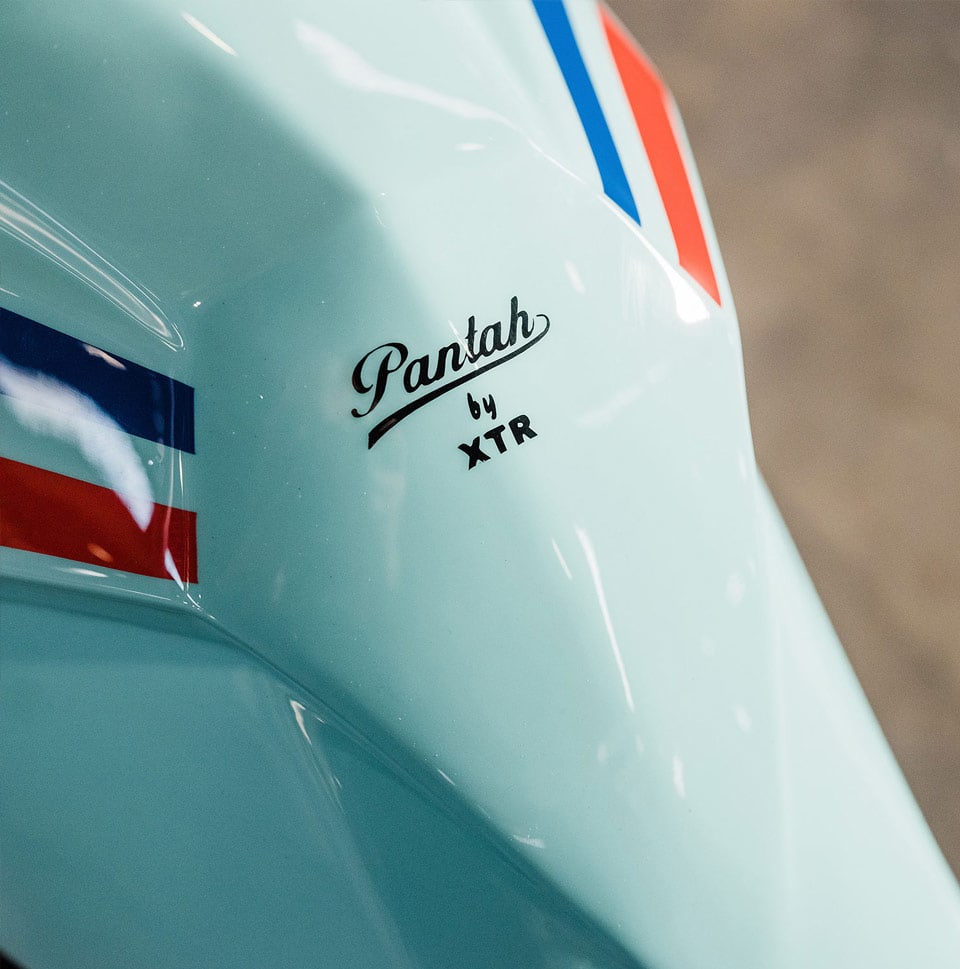 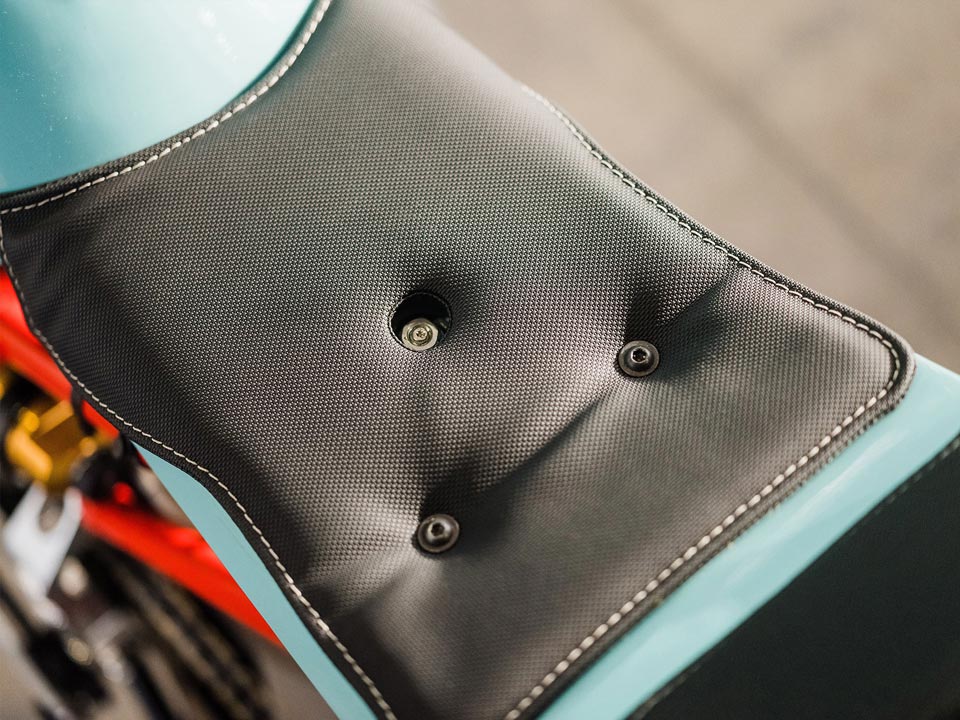 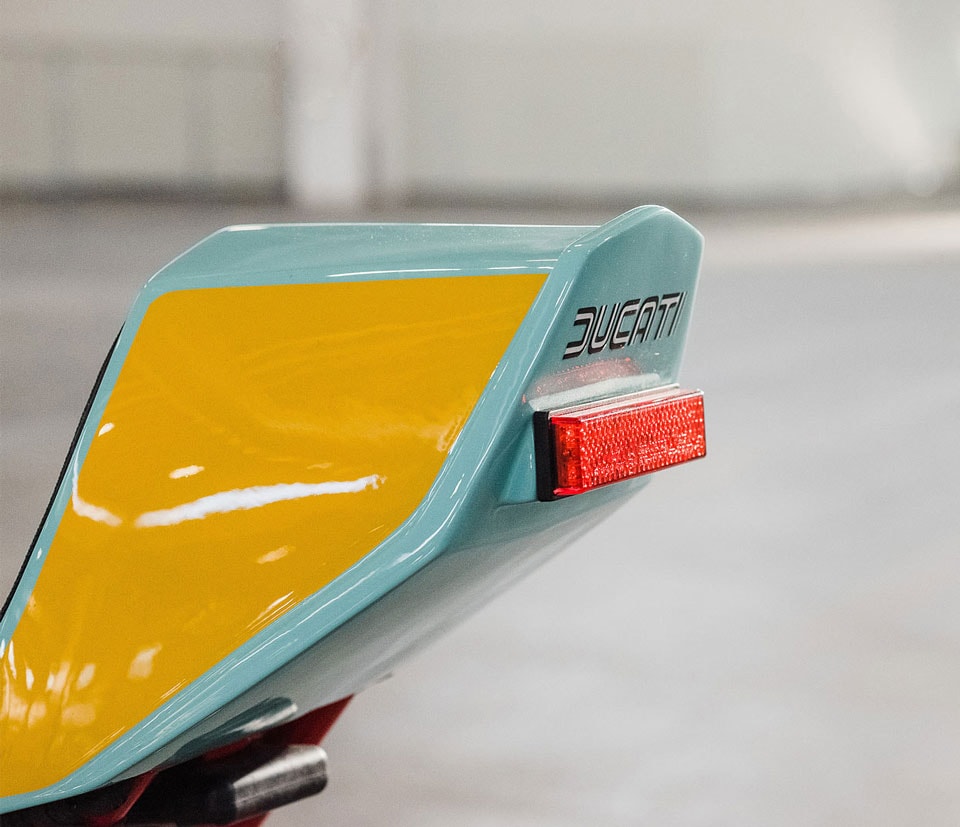 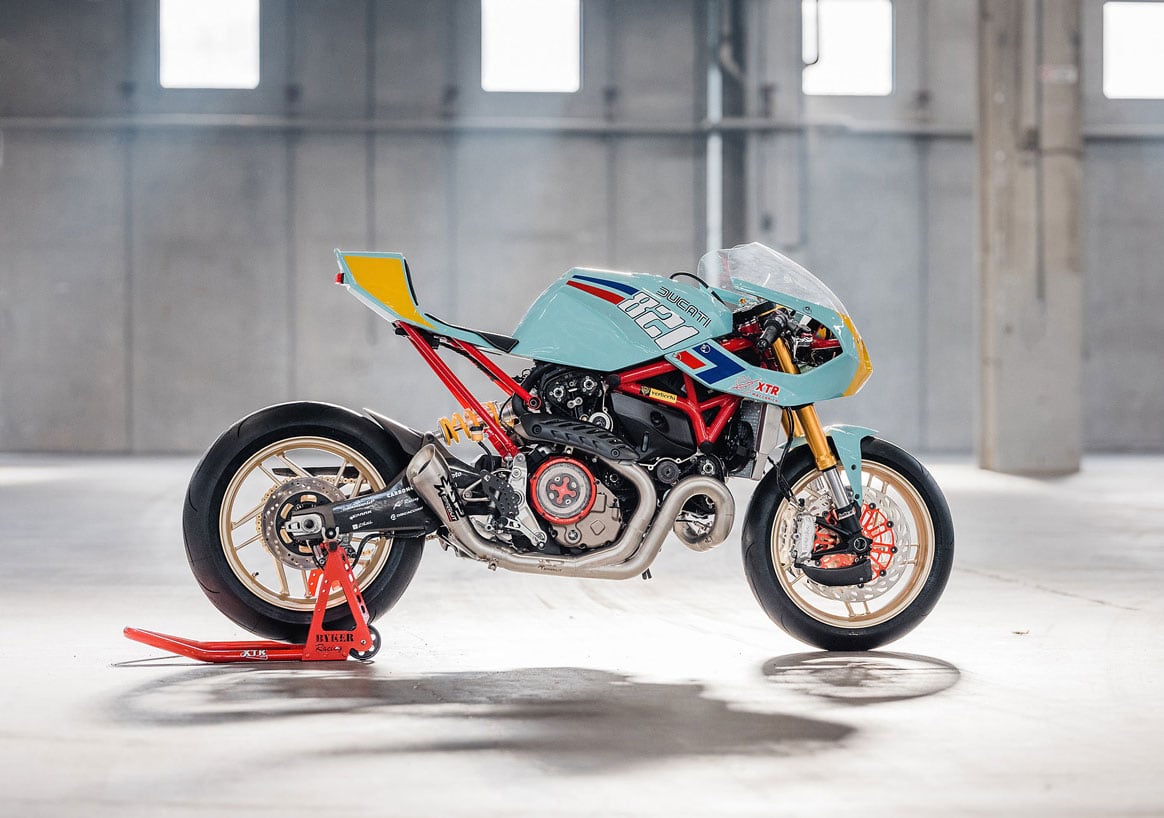 Price: unknown – but, XTR Pepo is planning to sell a bolt-on kit so you can transform your own Monster. Stay tuned via XTR Pepo’s Facebook and Instagram

All About Ducati 900SS History – Mega Beauty or Mega Beast