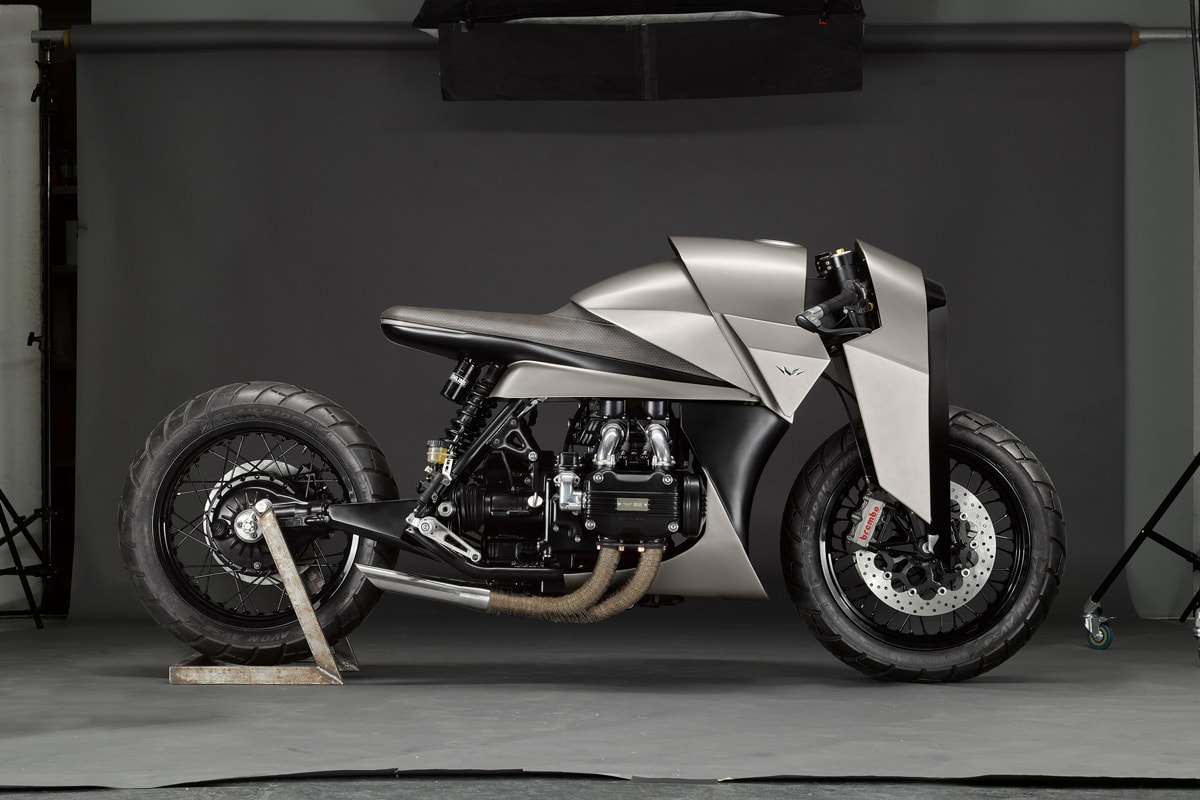 The custom bike builders from Death Machines of London have done it again! Their latest Custom Goldwing named ‘Kenzo’ has blown away bike fans from across the globe with an amazing blend of sci-fi and samurai design. What’s even more mind-blowing is the fact that this bike started out as a 1977 Honda Goldwing.

Kenzo by Death Machines of London

Death Machines of London have completely transformed this 1977 Honda Gold Wing GL1000 – and, it’s actually the second time around. The bike was first unveiled at Bike Shed London in 2018 but since the team wasn’t 100% satisfied with the result, they stripped back the bike and started over. The ‘Kenzo’ is an improved edition of the first concept and a bike with a spectacular design that looks futuristic – almost like something from a sci-fi movie and with potential to be parked in the Bat cave.

Related: Do you know how to maintain your motorcycle chain?

Inspiration from the ancient samurai

Ray Petty and James Hilton from Death Machines of London looked into the history of Honda as part of their research for the bike build. They came across a samurai general named Honda and Isle of Man motorcycle racer, Kenzo Tada, who was the first Asian to compete in the race in 1930. The stories and historic links to ancient Japan gave them the idea for the design and to incorporate the shapes and silhouettes from samurai armour.

‘[kenzo is] our most radical machine to date. it combines traditional metalwork with composites, 3D printing, CNC, precision-etching, holographic lighting and exquisite leatherwork.’

Kenzo is built in CAD (Computer-Aided design) and the challenging design is put together by elements made with high-precision 3D prints and CNC parts. The long bike has focused all attention to the front – an aggressive design which mirrors a samurai ready for attack. A custom Titanium Samurai paintwork is used to finish off the sharp bodywork and together with the matte black detailing, the bike gets a stealth look which would make it suitable for a Hollywood action movie!

All elements of the custom build reminiscence traditional samurais with their armour incorporated into the bodywork, their garments and clothes represented in the seat and the sword having inspired the traditional leather wrapping of the handlebars.

When only the best is good enough

The frame of the bike underwent significant modification – both to improve stability at speed but also to provide the aggressive stance. A long list of specifications (see below) unveils a complex build with custom solutions and only ‘best of the best’ parts. The level of detail and the determination to perfect the design makes Death Machines of London stand out as bike builders! At Old News Club, we are particularly excited about the research that went into the build, the historic links to Japan and their ability to bring ancient samurai armour into a contemporary custom bike.

VIDEO: How this custom Goldwing from 1977 became the ‘Kenzo’