Custom Harley-Davidson Iron 883: The “SJ2” Made For Sailor Jerry

This hand-built custom Harley-Davidson has been transformed from standard 883 Iron to a custom brat-style Frisco chopper. Built by Australian Gasoline Motor Co. for the American rum company Sailor Jerry, this bike has lots of cool details and a bad-boy attitude! 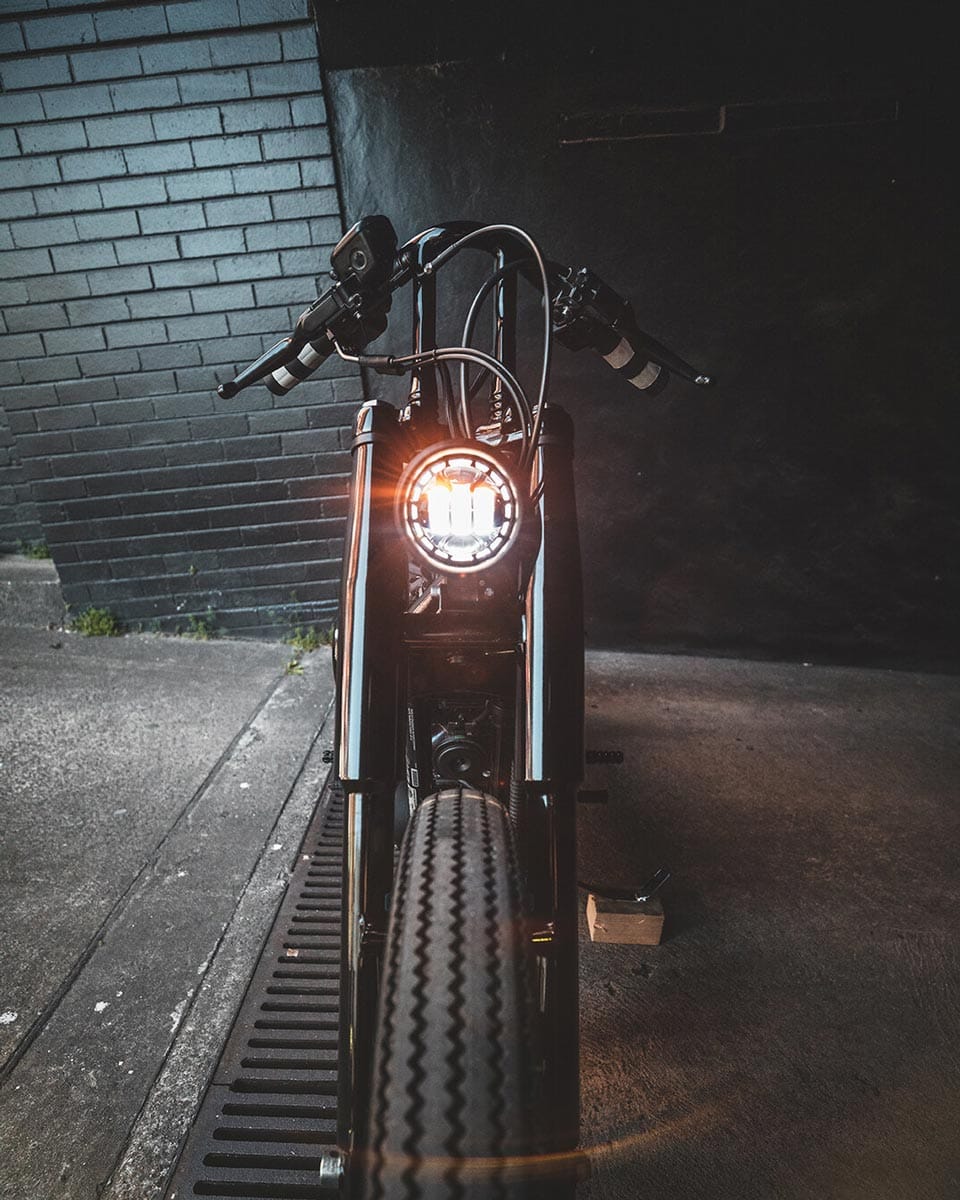 For the second time, Rum producer “Sailor Jerry” has commissioned the Australian bike builders from Gasoline Motor Co. to work their magic and create a custom promotional bike to be drawn and given away to one very lucky winner. Starting with a standard second-hand Harley-Davidson Iron 883, the team had full creative freedom to create a good-looking machine that would also function well. The choice was to base the build on this inexpensive model and add aggressive styling to completely change the look of the bike. 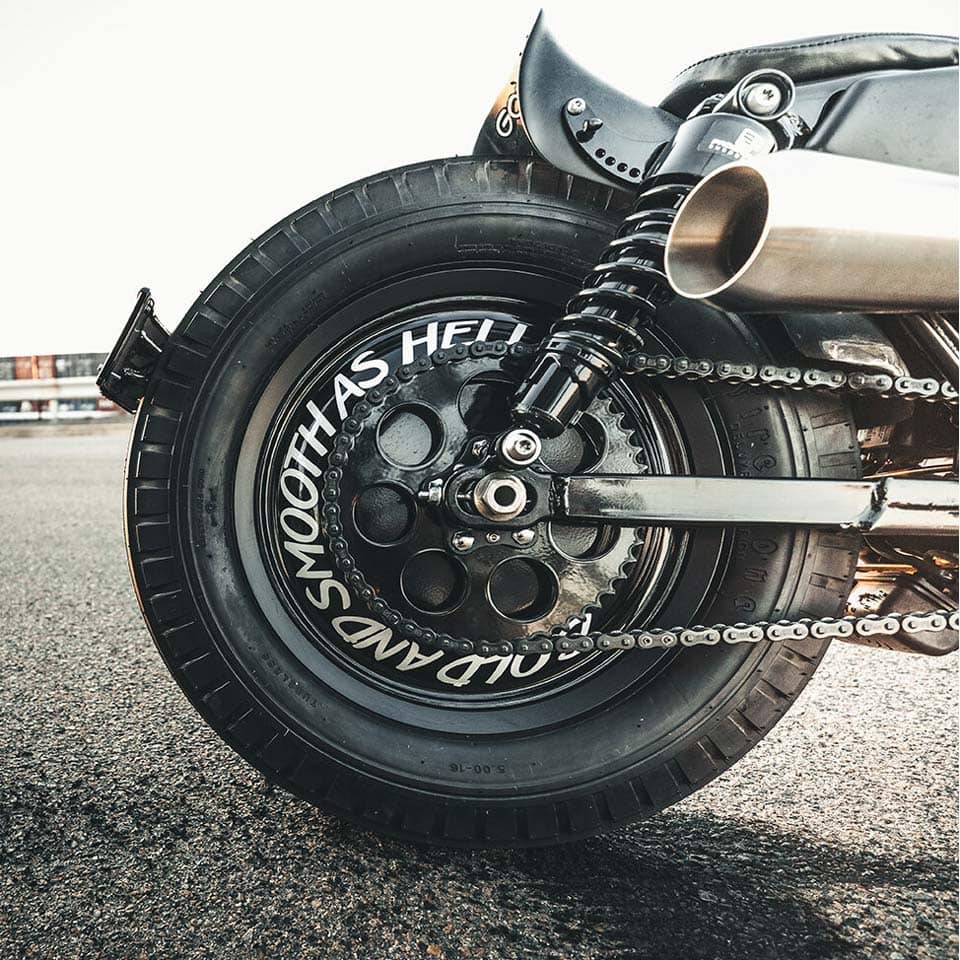 Gasoline Motor Co. describes the design of the bike as a brat-style Frisco chopper. All chrome parts have been removed and the overall look of the bike has a tough urban appeal. To incorporate the vintage vibes of Sailor Jerry, the high mounted peanut tank is splattered with charcoal satin shades and gloss black Sailor Jerry and Gasoline Motor Co decals. The tank also features an old-school Norman-Collins style tattoo which is a cool contrast to the sunken Motogadget Motoscope mini digital display. In general, the bike is a mix of classic silhouettes with innovative technology. It has all you need…and nothing more. 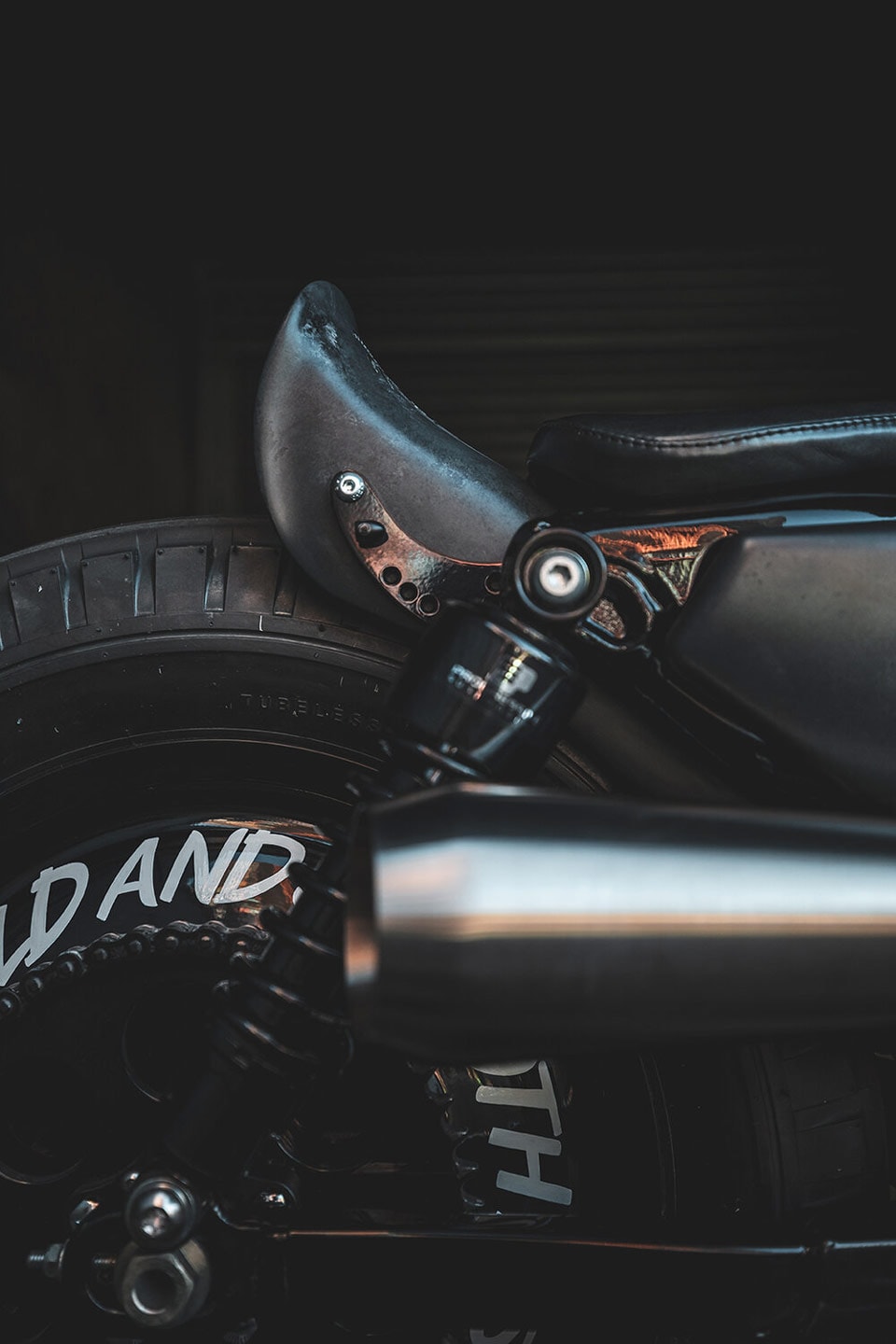 As a contract to the all-black design, the exhaust is kept in chubby stainless steel with a round knot feature. The rear wheel disc says, “bold and smooth as well” and the vintage-style Firestone Tractor tires adds additional attitude. Etched to the rocker box is a nice slogan that both sums up the art of crafting rum and building custom motorcycles: “good work ain’t cheap – cheap work ain’t good”. 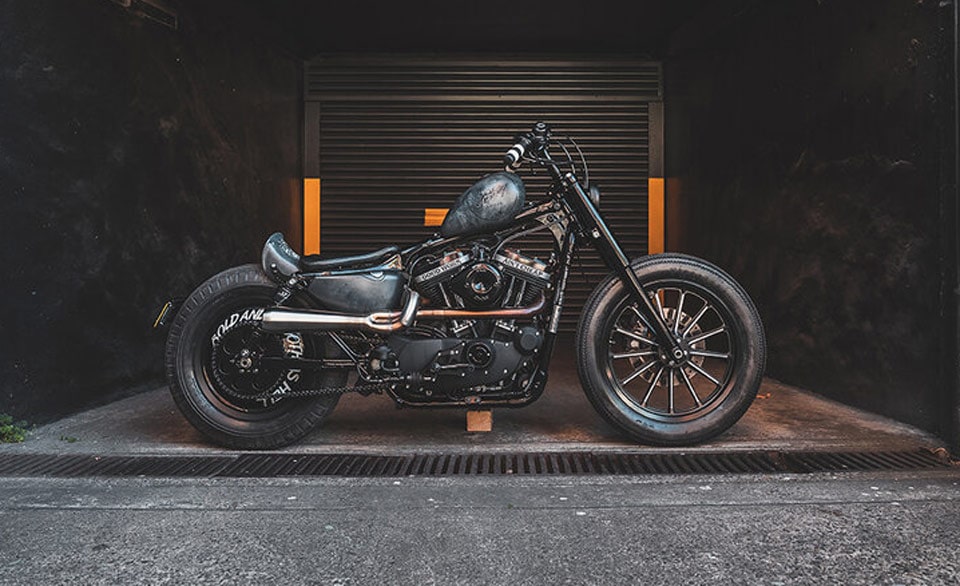 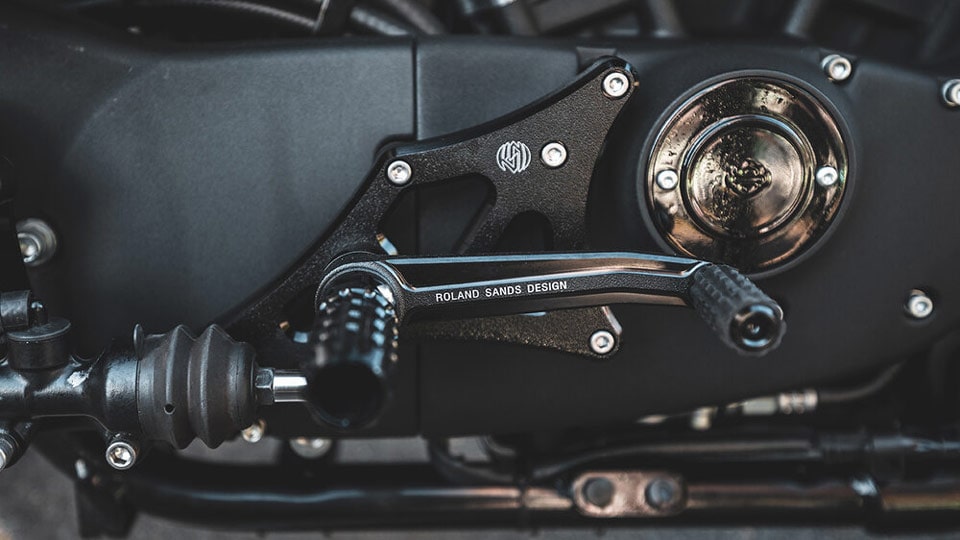 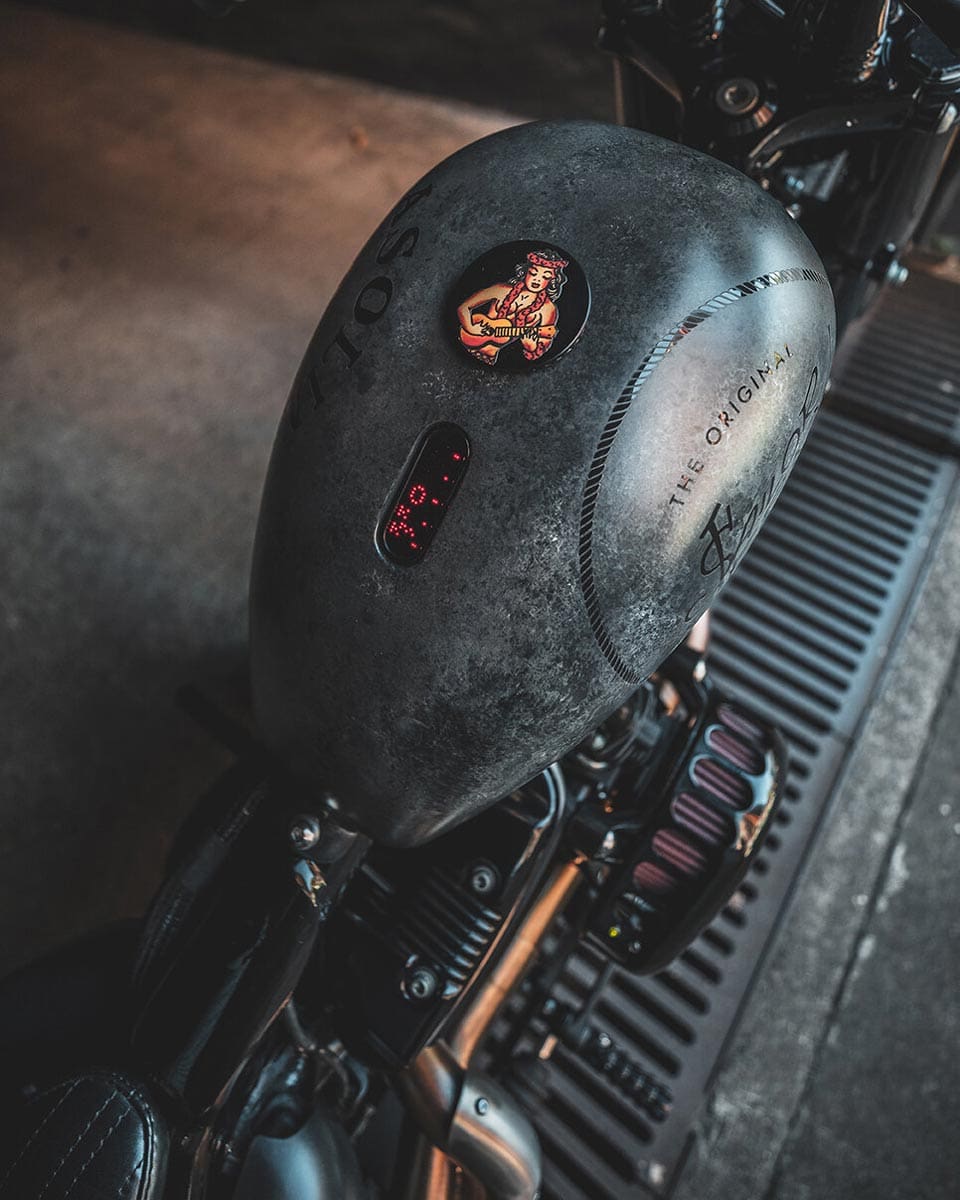