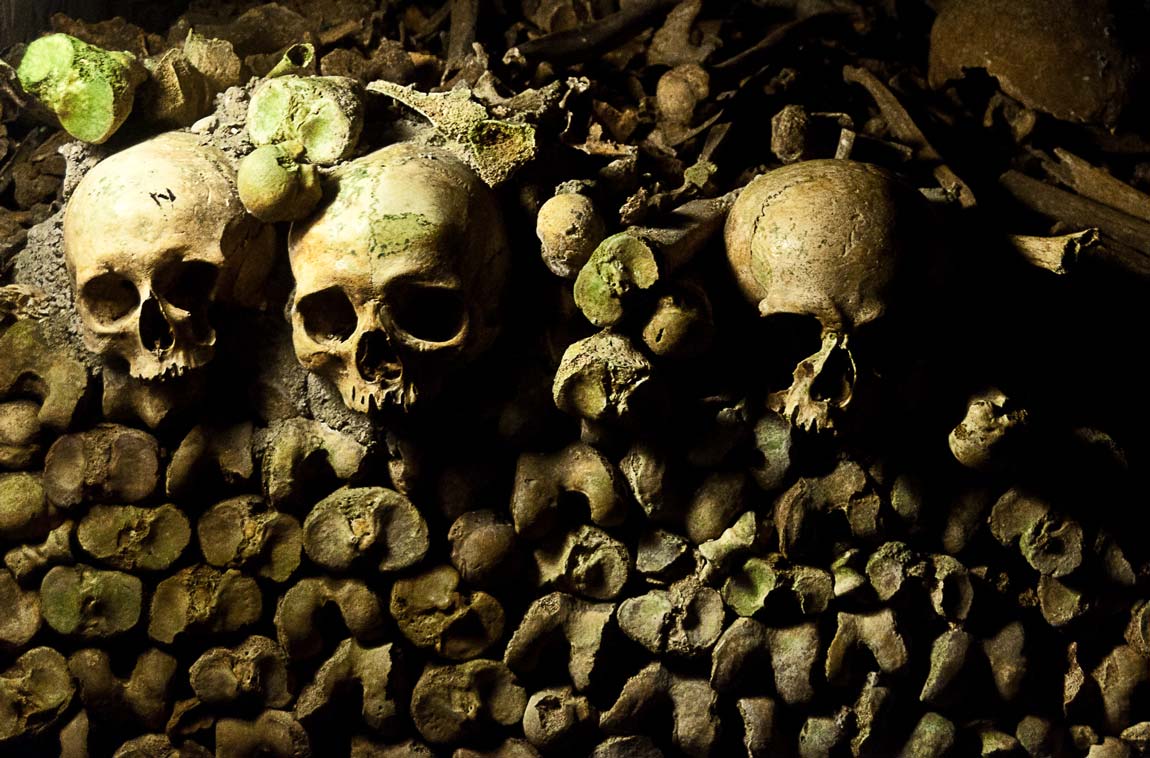 Beneath the city of love you can find a 300 km underground system with secrets from a dark age. The catacombs of Paris hold the remains of more than six million people.

The creation of the Catacombs under Paris

When a wall collapsed at Les Innocents cemetery in Paris in 1780, Parisians needed to find another solution for burying its citizens. The oldest and largest cemetery in the city had long been overused and unsanitary conditions due to incomplete decomposition of bodies led to a complete ban of burials “within the city walls” after 1780. In 1786, the remaining corpses at Les Innocents were exhumed and transported to the unused subterranean quarries known as the Catacombs.

In the first years, the catacombs were a disorganized bone repository due to the fact that remains were transported via a well above one of the principal subterranean passageways. The property with the well was transformed into a museum for the headstones, sculptures and other artifacts from the old cemetery. It took two years to empty the cemeteries of Paris with wagons carrying the millions of dead Parisians – some of them, victims of the plague.

In 1810, renovations were made to transform the underground caverns into a visitable mausoleum with walls of bones. Monumental tablets and archways with inscriptions were added to warn visitors about the nature of the ossuary. Finally, the area was walled from the rest of Paris’ extensive underground tunnel network comprised by abandoned mines connected together by galleries.

Since their creation, the catacombs have aroused curiosity. It’s been open to public visitation from 1874 and in 1860, Napoleon III visited with his son. However, only a small section of 2 km is accessible via the History of Paris Museum. The tunnel network is approx. 300 km long and it continues to expand. If you want to explore the rest, you’ll have to enter the tunnel network without getting noticed by the police.

You can enter the tunnel network via a manhole cover in the middle of a Parisian street. That is, if you know where to look and if you have a map and torches to guide you through the pitch-black tunnels. From the tunnels, you can access the real catacombs via technical galleries. The galleries span underneath several districts of Paris and “cataphiles” – the urban explorers who illegally tour the Mines of Paris – keep expanding the network, adding rooms and street art. Popular activities when visiting the catacombs include discovering, partying, meeting friends and sharing the passion for the underground.

The access to the catacombs is strictly prohibited and cops are also inside the galleries. The French photographer Jordy Meow has visited the tunnels and documented his explorations with a series of interesting photos from a hidden world. 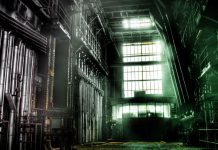