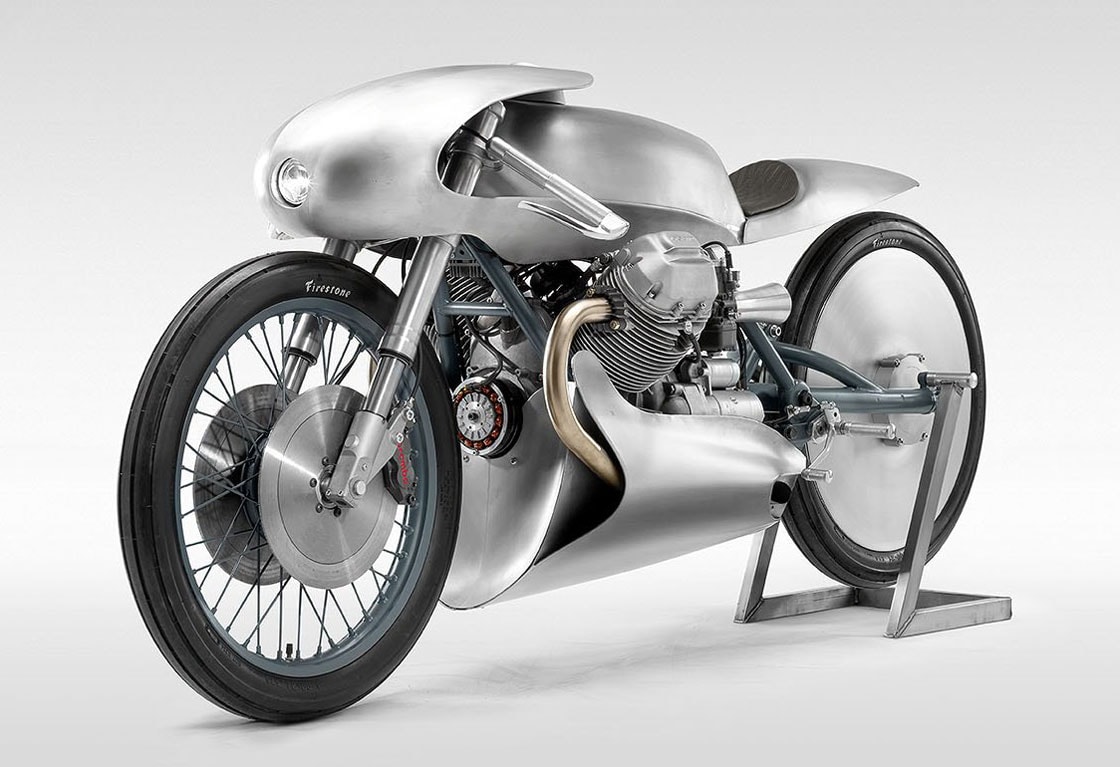 Custom builders at Death Machines of London tributes Giovanni Ravelli by creating a handcrafted custom Moto Guzzi motorcycle named ‘Airforce’. This beautiful piece of art was built on the base of a Moto Guzzi Mk II from 1983 which was discovered in a yard in southern Italy.

Mr. Giovanni Ravelli was a WW1 Fighter pilot as well as an aviator and a motorcycle racer. He was also the co-founder of Moto Guzzi, the oldest European manufacturer in continuous motorcycle production. 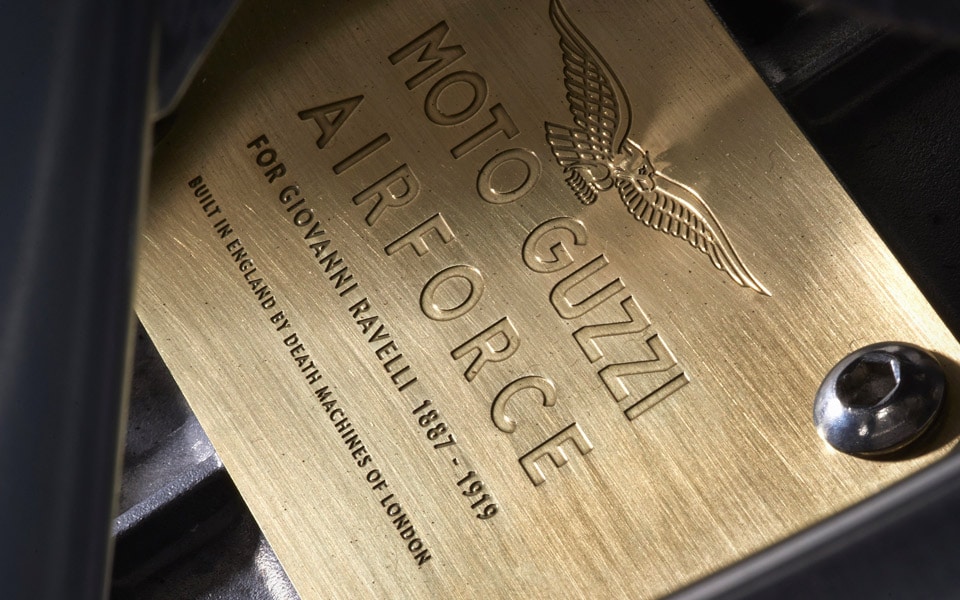 Recrafting with an attitude

As you can see in the pictures, the design is provocatively beautiful with a modern and sleek design. Death Machines of London have re-crafted all parts except from the original frame. As a result, the motorcycle is dressed in hand-shaped panels of aluminum with a rough surface and cool attitude.

They also made: Custom bike names ‘Airtail’ for a reason!

Fortunately, the engine was in very good condition and no damage was found on any parts when disassembled for inspection. Every bearing and seal gasket were replaced and a minor tuning was achieved with a pair of modified 36mm pumper Dell’Orto carburettors. 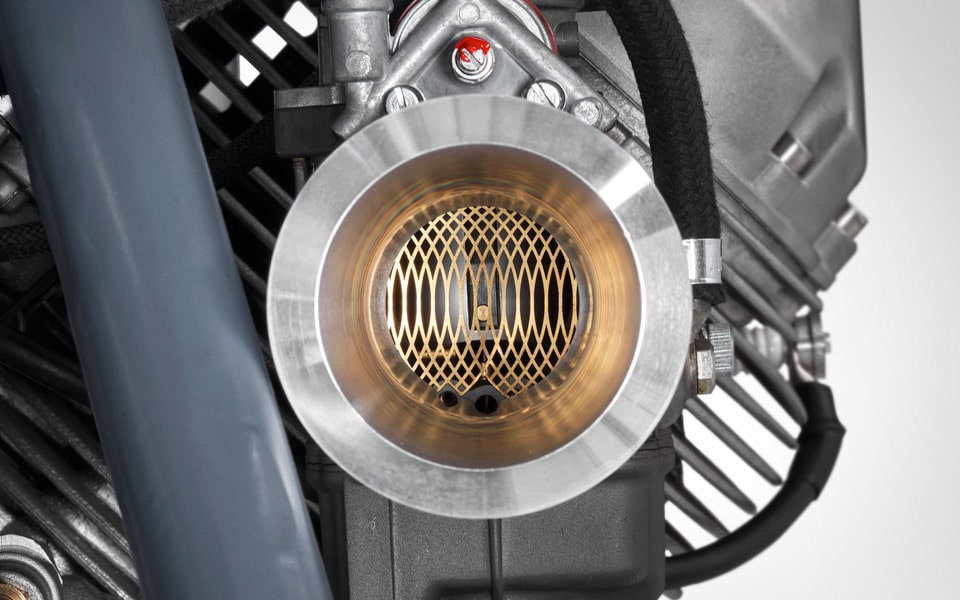 A constant reminder for Death Machines of London in the design phase was the thought of what Giovanni Ravelli would do… However, when it came to the legendary ‘Tonti’ frame they decided to go with a more bold design – but one that he would surely approve! The bikes from Moto Guzzi were well-known for impressive handling; when you picked a line through a corner, the Moto Guzzi simply followed. Never the less, a list of modifications were done to improve the bike’s performance. One of the more drastic upgrades was to replace the original swing-arm with a heavily modified Moto Guzzi California Mono shock system.

The frontend ended up being a customised Aprillia RS250 arrangement, re-valved and refinished. Brakes were improved by a pair of billet four pot Brembo calipers with DMOL designed 300mm steel rotors.

All the control parts on the Airforce bike were custom made. Therefore, clip-on tubes, grips and internal throttle have all been fabricated in-house. Custom Engine management secured a smooth power delevery and xenon projector headlight supported by LED tail light upgraded the set-up to today’s standard. Finally, the speedometer was re-designed in nickel silver and brass with dimmable illumination trough a dedicated controller. 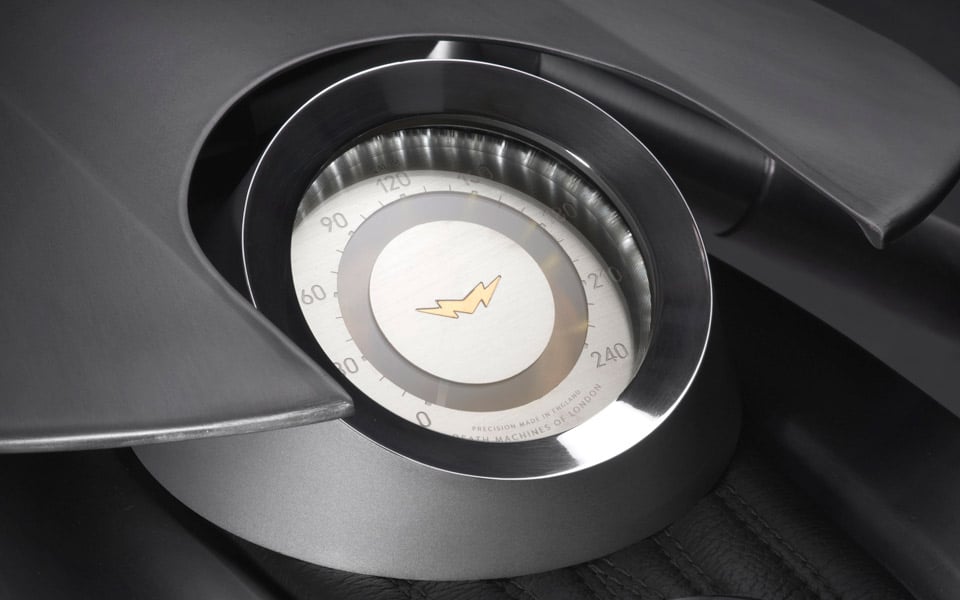 Enjoy the pictures of this beautiful custom Moto Guzzi!