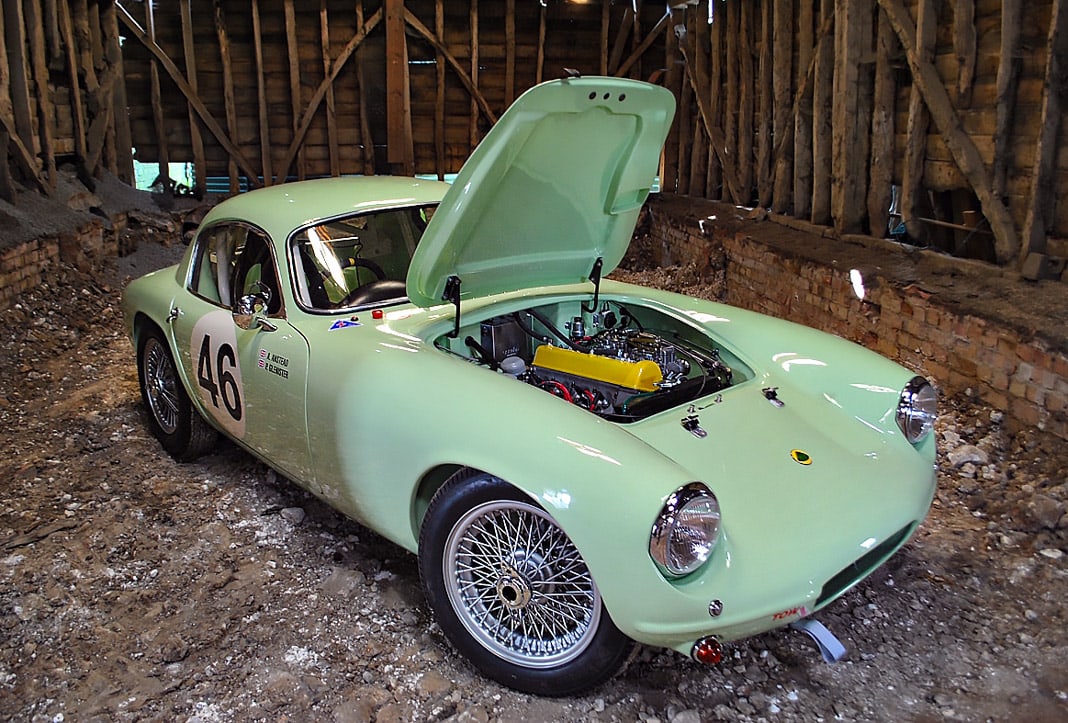 One of Colin Chapman’s favored customers was the jazz legend Chris Barber and he became the very first owner of this Lotus Elite. The little car has a fascinating history going from a Goodwood winning race car to a TV-series restoration project. 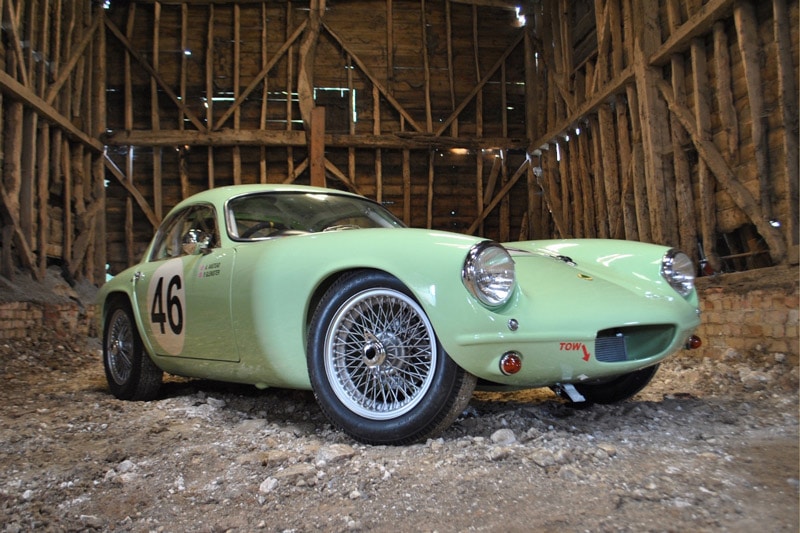 Having appeared as ‘launch car’ for the Earls Court Motor Show in October 1958, this Lotus Elite entered its very first race on the 31st December after a very quick race-preparation and then sold to jazz legend Chris Barber. Chris went on to compete in it for five seasons across the UK and Europe and it was also driven at the time by Sir John Whitmore who broke the class lap record at the famous race track Spa in this very car whilst on the way to class victory. 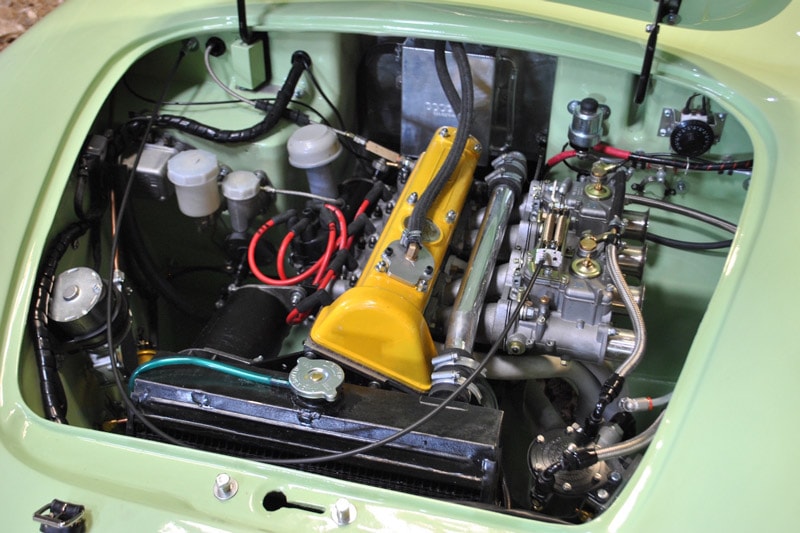 Starring in Channel 4’s ‘For The Love Of Cars’

After the Elites eventful racing career, it was hidden away for decades and re-emerged in 2016. It was then made famous again by Ant Anstead featuring in a special edition of Channel 4’s For The Love Of Cars, where it received a fully documented restoration.

The previous owner had already started to restore the car but sadly passed away before he got to finish it. The car was then sought out by Ant Anstead for his TV show with Philip Glenister, For The Love Of Cars, which had become a ratings hit for Channel 4. Ant bought the car and set about restoring it to the highest standard and returning it to the racetrack whilst filming it for a special edition of the television show. 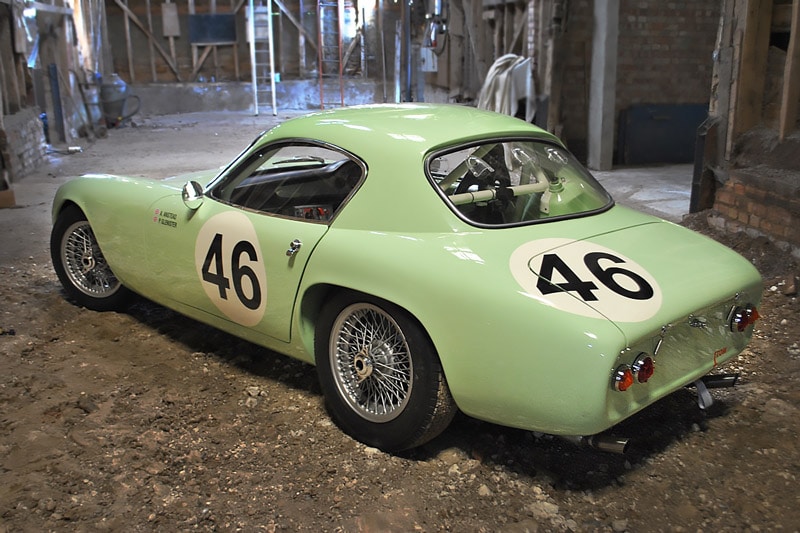 The car was stripped and all the top Elite specialists were consulted to ensure the car was returned to its former glory. No expense was spared, the engine was rebuilt by Coventry Climax specialists and the best roll cage to FIA standard from Fabricage was fitted. The original gearbox was sourced and rebuilt. Every detail has been restored to a better than new standard. 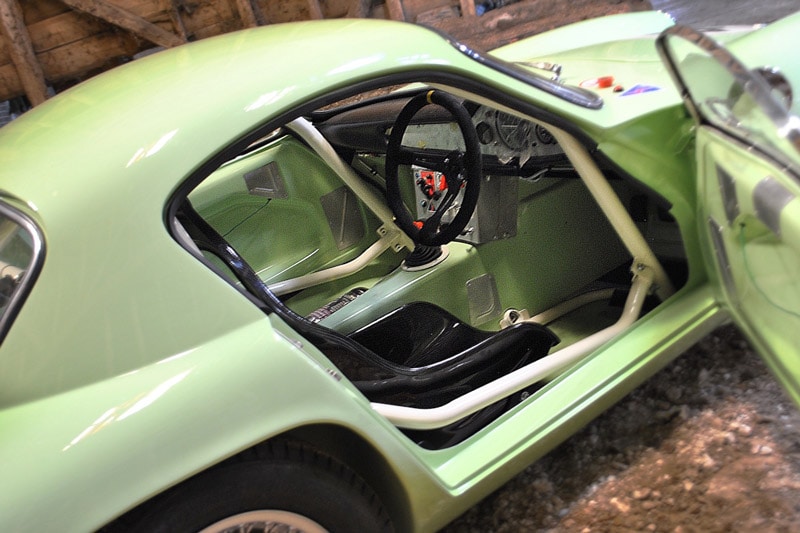 This is now the most delightful car, as Clive Chapman said: “designed as a road car but really succeeded most as a race car.” It has the latest current FIA HTP papers, Period E- 1947-1961 which are valid until 31st December 2026 and is now a passport for any major international events.

Now the Lotus is for sale

Silverstone Auctions sold this car in 2016 and the purchaser has never used it. Now offered still in pristine condition this Lotus Elite Type 14 Mk1 is a wonderfully unique opportunity for any collector.

Nick Whale, Silverstone Auctions Managing Director commented: “This is a superb little Lotus that has had an amazing life. Just over 1,000 Elites were made and not many cars have this type of wonderful history and provenance, it ticks every little box. It has been beautifully restored by Ant Anstead, now a presenter and master mechanic on Wheeler Dealers. This car will give the next owner so much joy and fun.”

Have you seen our Buyer’s Guide for shift knobs and classic steering wheels?