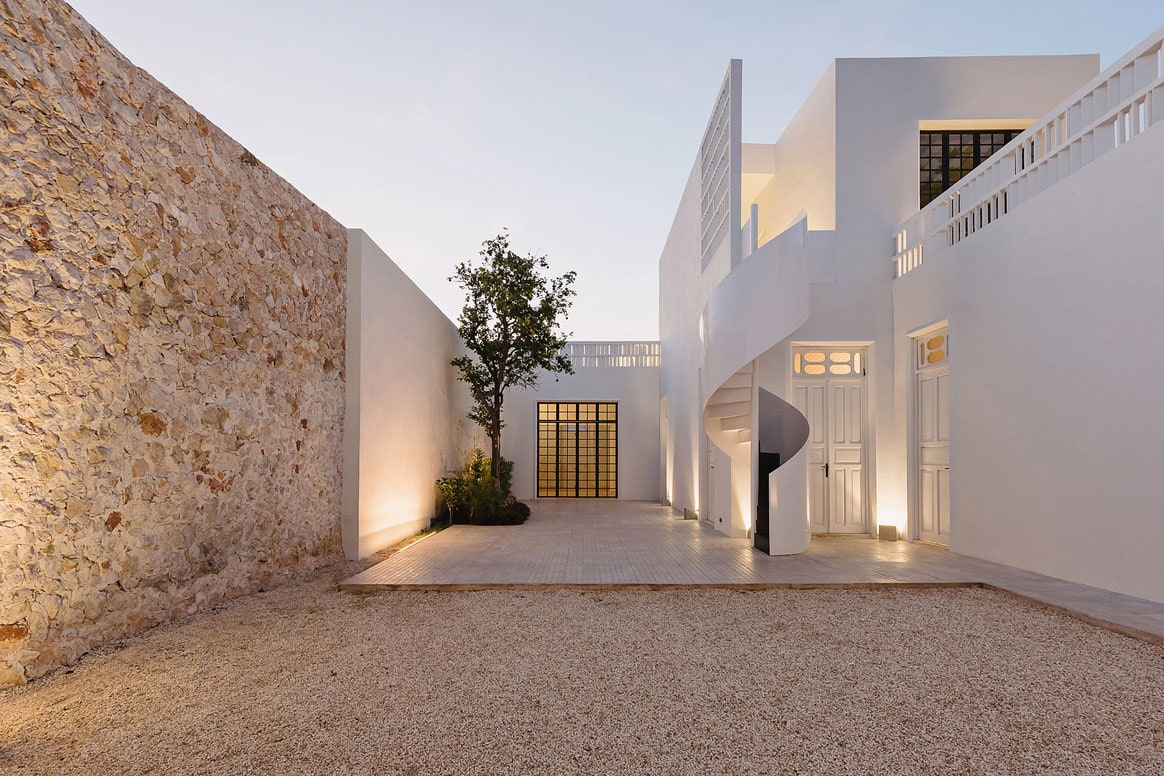 A former colonial house in the city of Merida, Mexico has been turned into a modern art mecca. The Filux Art Laboratory is a great combination of art and architecture designed for the International Festival of Lights Mexico and is the place where old meets new surrounded by art and light.

The city of Merida has a rich colonial heritage and has become the cultural heart of the Yucatán Peninsula in Mexico. A former colonial house has been chosen to showcase an array of modern art and the building has been respectfully modernized while keeping historic features and original details. The architects from Workshop Diseño y Construcción wanted to create a versatile space that could both be used as a gallery, a workshop and a place with artistic purpose. As a result, the building itself has become a canvas where old meets new, art merges with architecture and the light installations are brought to life.

What is the Filux Art Laboratory

The Filux Art Laboratory was created for the “International Festival of Lights Mexico – FILUX”. It works as an independent space destined to consolidate the “sense of artistic community”; it serves as a meeting point between artists, experts and the public. Filux Lab’s international program is based on experimentation, production, promotion and exhibition of cultural projects which take light and cinema as their starting point. In this way, it establishes itself as a global reference from Mexico to the world.

The original structure of the colonial house has been extended with additional rooms. Old pasta floor carpets and new antique white mosaics are joint together and unite the old and new floor throughout the building. All elements of the house including floors, walls, ceilings and doors can be used for the artistic interventions. To ensure maximum flexibility, no space has fixed lighting. The back esplanade of the house with its more modern and bolt design is a contrast to the Yocatecan colonial architecture. The massive walls are an invitation to make projections and other art installations.

Sunlight and the shifting daylight on the central terrace create art with shadows of geometric patterns. The space invites all visitors to discover and create their own experience in the universe of the light – the universe of FILUX.