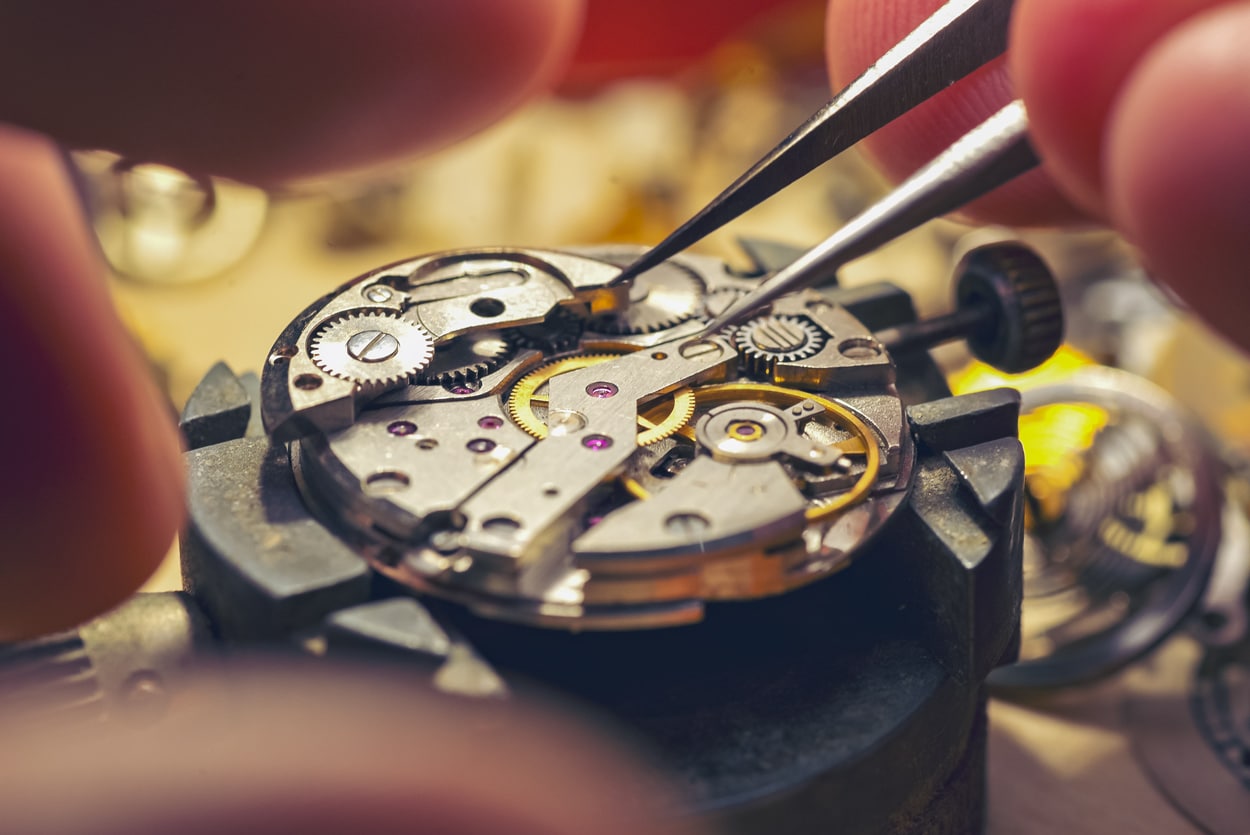 Why Watches Need Jewels To Function

Why do watches need jewels? Gemstones are used as bearings between moving metal parts as they provide little wear or friction and allow for increased precision.

The greater the precision of the movement results in more accurate time-telling capabilities of the watch. As you can imagine, there’s a lot more to the story than just that.

When you look back through history, it’s incredible to see the events that conspired to help unrelated items evolve. Take, for instance, the introduction of the waistcoat by Charles II.

Charles, banished to France by Oliver Cromwell, returned to England in 1660. He brought with him his passion for the highly ornamental French garment, the waistcoat.

Sleeveless and featuring only two small pockets, the pendant watch, typically worn around the neck, became a cumbersome adornment. This fact led to the re-design of pocket watches. Made smaller to fit the waistcoat pocket, it soon became a must-have accessory in court.

The first mention of the wristwatch pops up in 1570, when ladies of means with time on their hands wore arm-watches. The early versions though, were not the most accurate of instruments.

Why were the first wristwatches inaccurate?

As intricate a piece of engineering as they were, the rotating parts of the first wristwatches were fragile, not fully encased, and prone to snagging. With only an hour hand, the result was a timepiece that was as inaccurate as a sundial in winter.

As time moved on, watches became smaller, and the mechanism (or movement) more intricate in the race for accuracy. Limits on the precise interaction and subsequent friction of these tiny moving parts however, were, at this point in history, reached.

The breakthrough came from Swiss born Nicolas Fatio de Duillier. The mathematician and inventor developed the theory that a tiny hole drilled through a shaped gemstone, would create the perfect bearing.

The importance of the theory cannot be overstated. Before this, moving parts within a watch were left to rub against each other or required oiling. The resulting friction caused premature wear and as the oil broke down, the speed of the moving parts were adversely affected.

What made the introduction of jewel bearings a game-changer?

The introduction of a jewel bearing between the moving parts would allow for much closer tolerances. It would also show no signs of wear and prevent play in the moving parts. Most importantly, the friction became predictable. These elements are all crucial for creating an accurate timepiece.

To test his theory, Duillier designed a machine to drill such a hole. In 1704, he was granted a 14-year patent on his invention. First, he used garnets as they were less expensive, but rubies, sapphires, and diamonds also became popular.

Even using such a machine, the time and skill needed to drill tiny holes in some of the hardest substances known to man was time-consuming. Also, the more intricate the watch movement, the more jewel bearings were needed. For this reason, top-shelf watches commanded high prices.

Once Duillier realized he was onto a good thing, he attempted to extend the patent on his gem-drilling machine. And that is when the trouble began!

Watchmaking in the early 1600’s England was so beyond the scope of the man in the street that Charles I granted the Worshipful Company of Clockmakers a Royal Charter. The Charter stated that Fellows of the Company pledged to “preserve the art and mystery of clockmaking.”

The Royal Charter gave the clockmakers of London a monopoly, controlling everything from technology to price-fixing. It also positioned them as the premier producers of timepieces in Europe. For this reason, when Duillier’s invention threatened to usurp their power, they didn’t play fair.

Challenging the patent in court, the Company produced a watch made by one of their members some 25 years earlier. The watch featured a gemstone in its movement and deemed Duillier’s patent to have “no merit.”

What Became of Duillier’s Patent?

The pocket watch in question was then locked in a safe and didn’t see the light of day for well over 100 years. When it did resurface, it was discovered that the so-called jeweled bearing in the movement was colored glass and served no mechanical purpose. In other words, a fake.

The deception deprived Duillier of raking in a fortune, but the Company maintained its stranglehold on a very lucrative business. However, with no patent, watchmakers pounced on the idea of the jeweled movement. And none more so than carpenter turned clockmaker, John Harrison.

Harrison used diamonds as bearing material in his invention, the marine chronometer. The pocket watch-sized device was the most accurate timepiece in the world and allowed mariners, for the first time, to navigate accurately by calculating longitude at sea.

By the late 1700’s watchmaker to the King of France, Ferdinand Berthoud became the first person in Europe to adopt the jewel bearing. Before long, this method was adopted in Switzerland before becoming the norm throughout the world.

Just as rubies became the industry standard, the elite watchmaking world once again stood on its head. This time, thanks to French chemist Pierre de Verneuil who invented a process for producing synthetic rubies.

Today, laboratory-grown rubies are near perfect, can be mass-produced, and are easier to shape. Unlike the real thing, they have no naturally occurring inclusions or flaws.

Does this mean an expensive watch with ‘jeweled movement’ is a fake?

Not at all. It’s almost impossible to identify a synthetic ruby from the real deal, and the former invariably makes the better bearing.

The term jeweled movement however does not have the kudos it did in the 18th century. Synthetic rubies are approximately 20 times less expensive than their organic counterparts, so the tiny gems in a watch movement may be worth less than the strap.

Am I merely paying for the brand’s name?

No, the cost of a top brand watch is a reflection of several considerations, including the intricacy of the movement, the case and face materials, and the manufacturing process.

Does the Number of Jewels in a Watch Equal Value?

The number of jewels in your watch’s movement has less to do with value and more to do with build quality and movement type. A quartz watch for example, with few moving parts would have 5 jewels, while a time-only mechanical watch would have 17 jewels. The more complications (functions) a mechanical watch has, the more jewels are required. A modern multi-function chronograph from a luxury watchmaker may have as many as 40 jewels.

What is the most expensive watch in the world?

The Graff Diamonds Hallucination has 110 carats of multi-color diamonds within the face and bracelet. It will set you back a cool 55-million dollars.