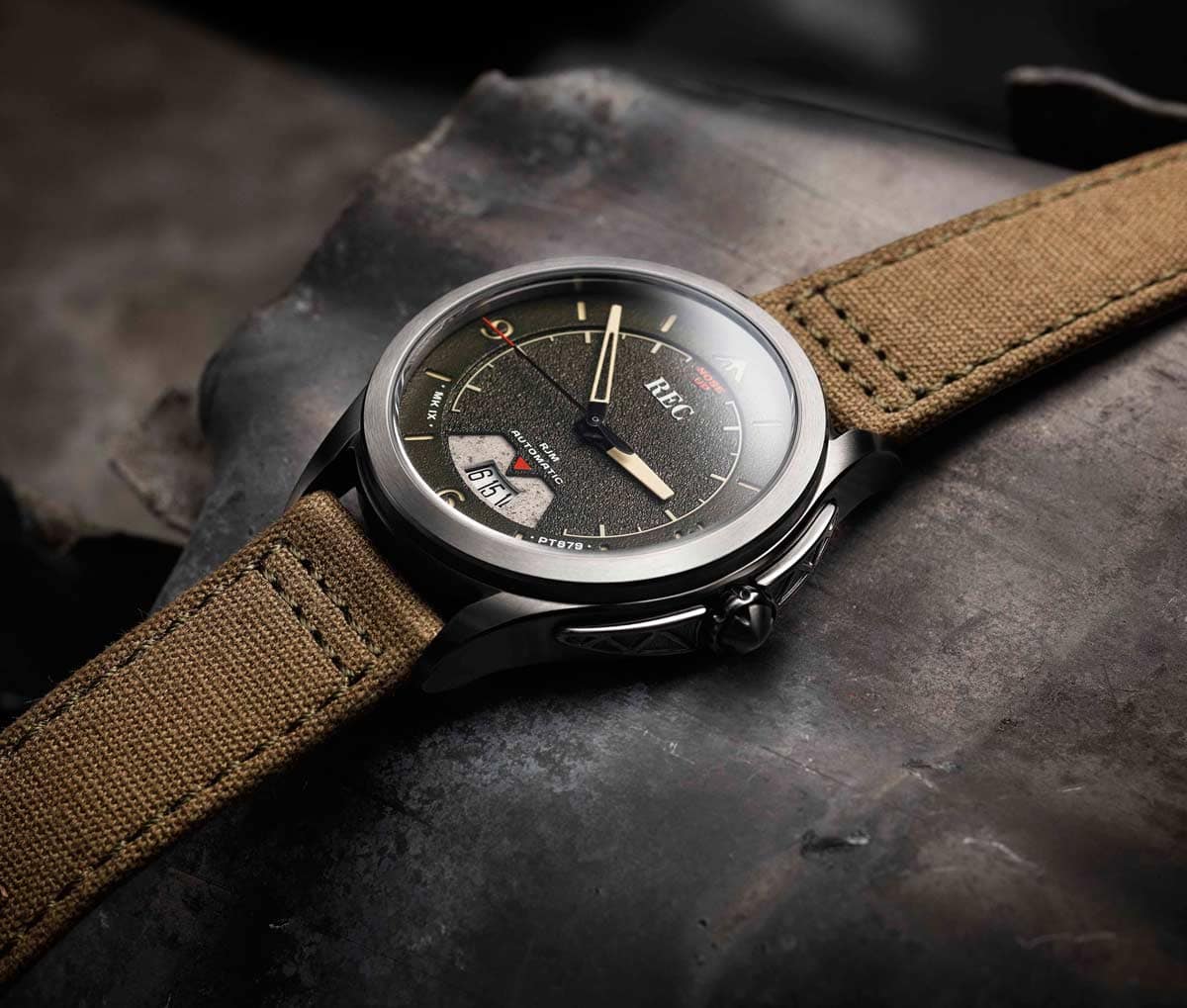 The RJM timepiece by REC Watches contains an actual piece of world history in the form of untreated aluminum cut directly from a Spitfire aircraft. The design is inspired both by the Spitfire itself and the watches worn by RAF pilots in WW2.

In the spring of 1945, a Spitfire aircraft with serial number PT879 crashed on the Russian tundra during a fight. A farmer recovered the aircraft and half a century later in 1998, the battered PT879 made it to Murmansk as the only Spitfire ever returned from service in Russia. Today, the “Russian Spit” is undergoing a full restoration by a new owner in the UK and will soon be back in the skies where she belongs. To honor the one-of-a-kind aircraft, REC Watches donates part of the proceeds of every sold RJM timepiece to the restoration. 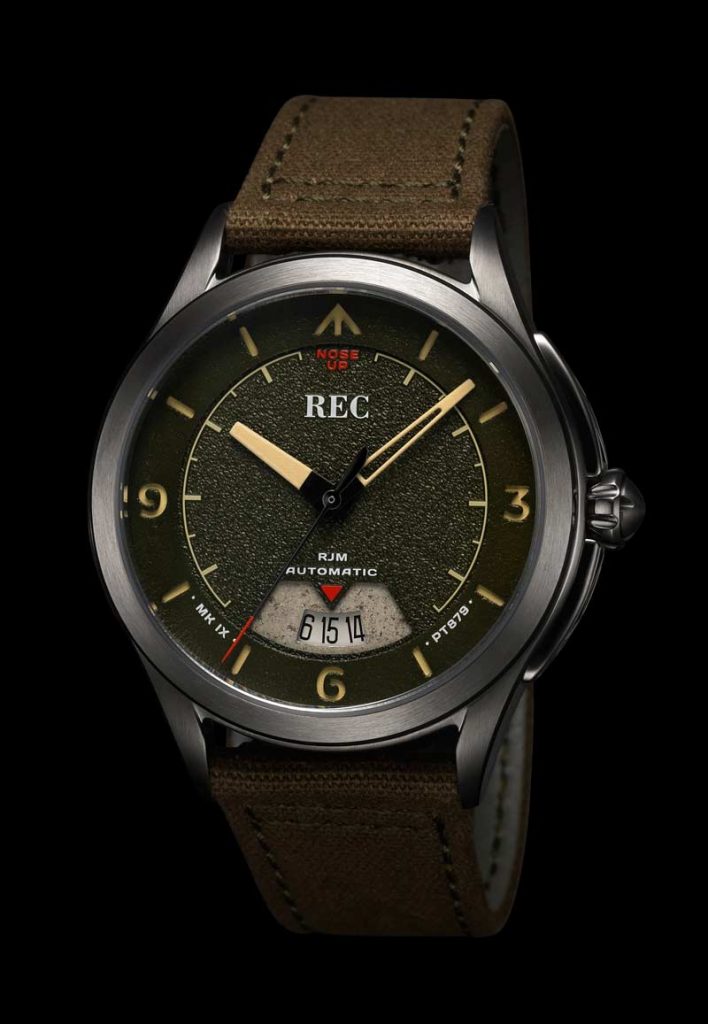 “The handcrafted and untreated aluminum dial is cut directly from the wings of the PT879 MK IX Spitfire aircraft.”

REC Watches has created the world’s first mechanical timepiece that combines authentic salvaged Spitfire aircraft material with both the design of the aircraft itself, and the watches worn by RAF pilots of that era. One of the distinctive elements is the crown protector which is inspired by the Spitfire’s elliptical wing shape. Four holes on the tip mark the number of blades on the MK IX Spitfire Rotol propeller. All the details together with the beautiful materials make the RJM stand out on your wrist. 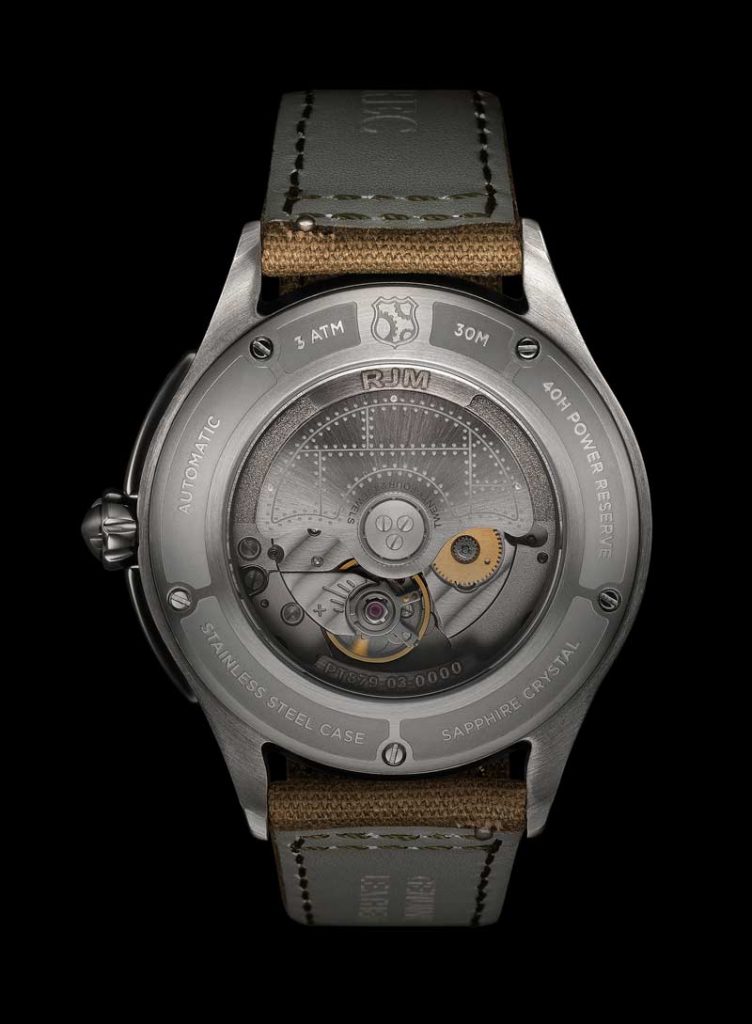