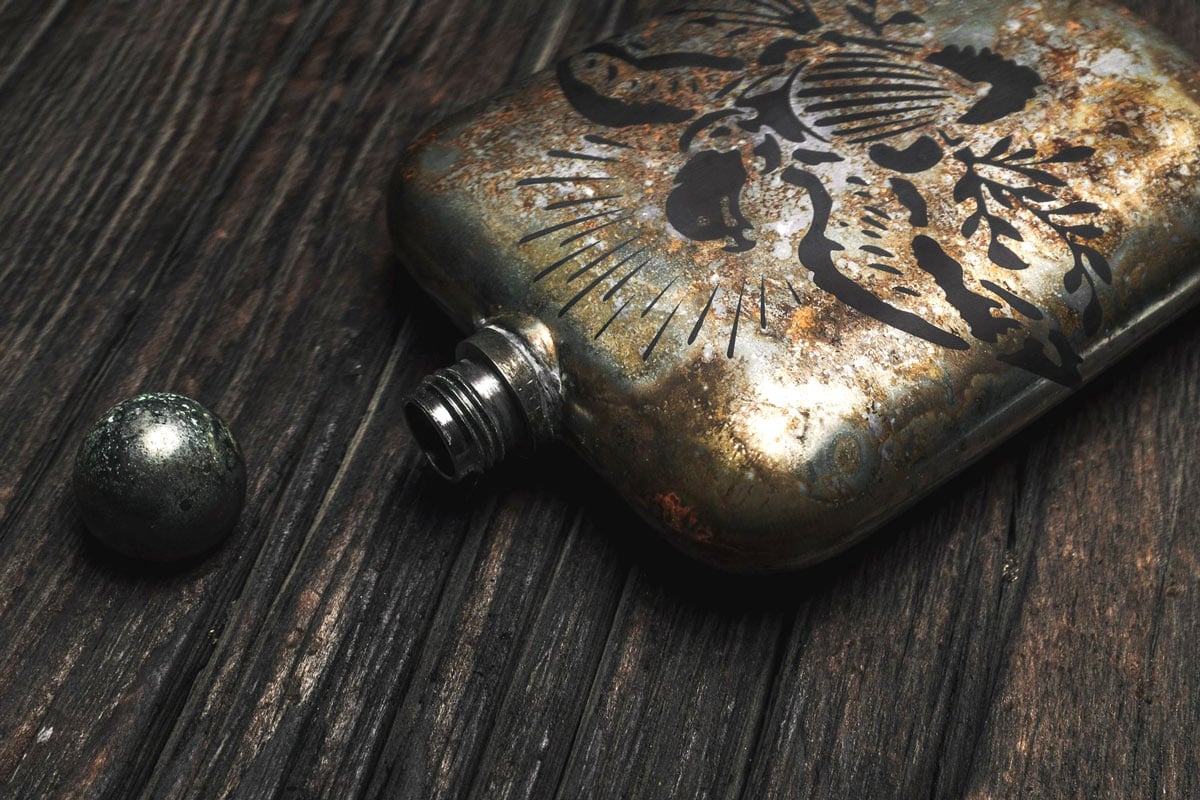 Handmade whiskey flasks from The Sneerwell

Not a lot of gear speaks more to a man’s character than a flask. Its own unique style is often just as important as the precious drops inside of it. A flask is a must-have for whiskey lovers and outdoorsy types and the handmade whiskey flasks from The Sneerwell comes with patina and different designs and messages to choose from. 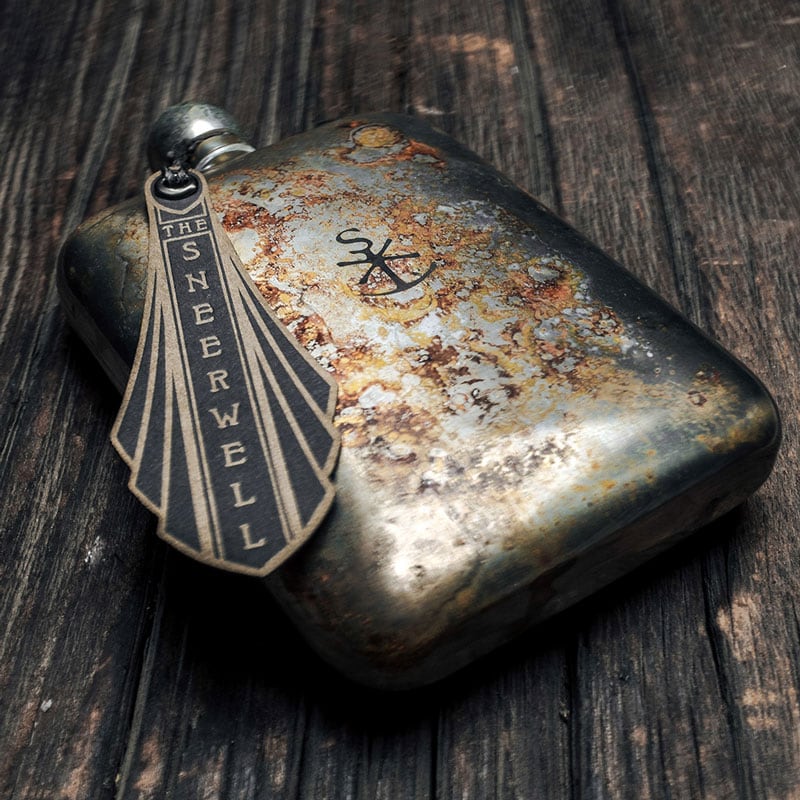 Handmade flasks from The Sneerwell

The Sneerwell is based in Denver, Colorado and run by couple Joshua and Kayleen who met in 2013. The two entrepreneurs chose to make flasks as a salutation of remembrance of Joshua’s late father. Their hope is, that the flasks will find their way to families and friends who can share a whiskey together outside or at the home bar and create memories similar to the experiences Joshua had with his own father.

“Having spent so many hours drinking whiskey with his now departed father, a salutation of remembrance would become elemental in the formation of The Sneerwell.” 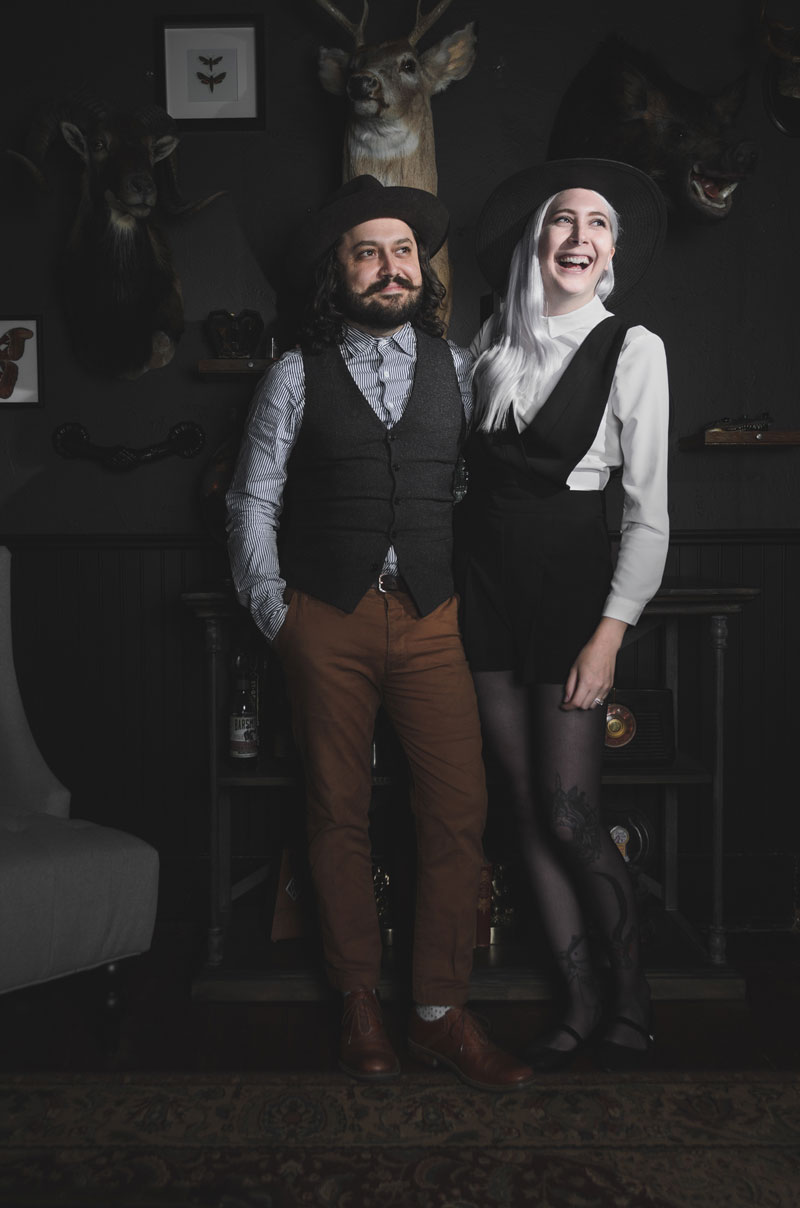 Beautiful patina and a selection of motifs

All flasks are hand-etched before a unique patina is applied via a proprietary controlled aging process. There are two designs to choose from: the original noble with classic patina (rust-look) and the perdition with a dark finish. In both design lines, you can choose from a variety of motifs from cool texts and pirate tales to the supernatural and spiritual images. 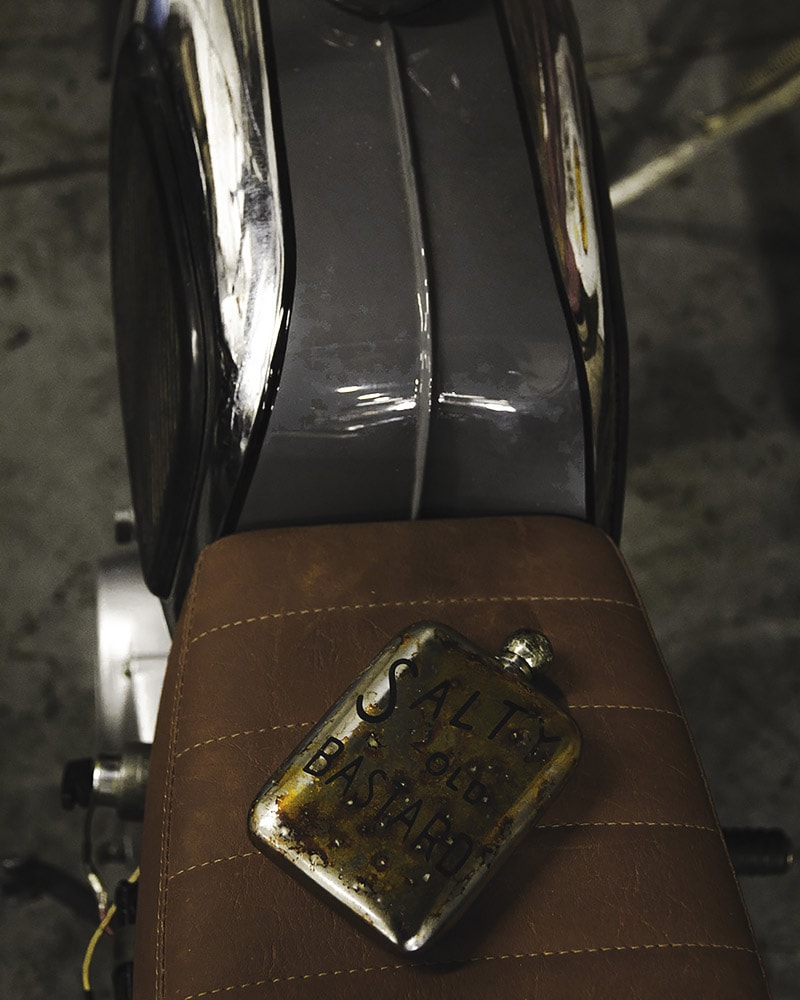 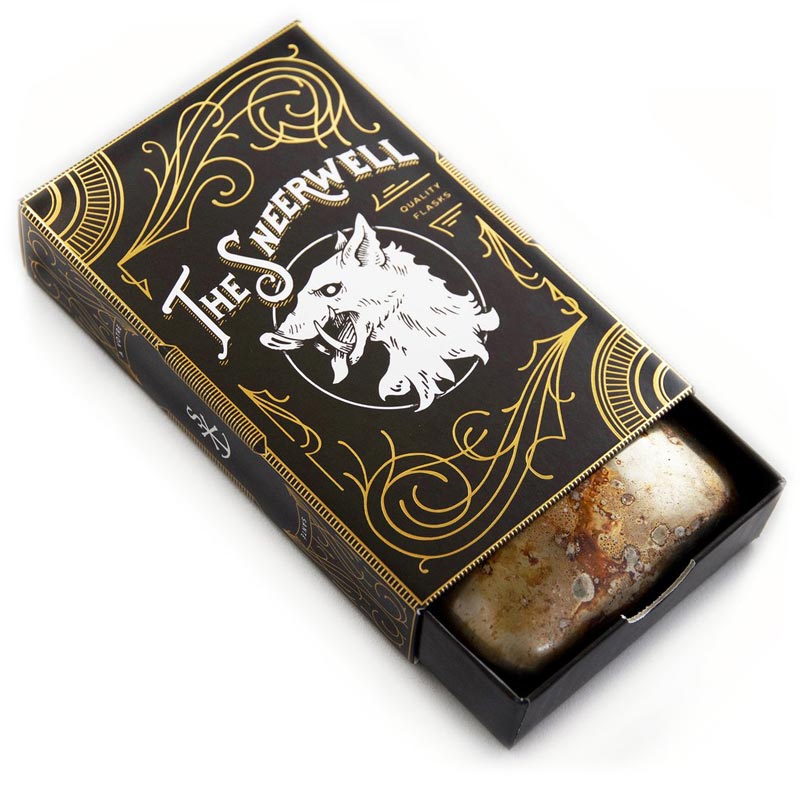 History of the hip flask

The hip flask first appeared in the 18th century and was primarily used by members of the higher social classes. Centuries before that, smaller versions of flasks existed – and in the Middle Ages, certain fruits were cut out to contain liquor. 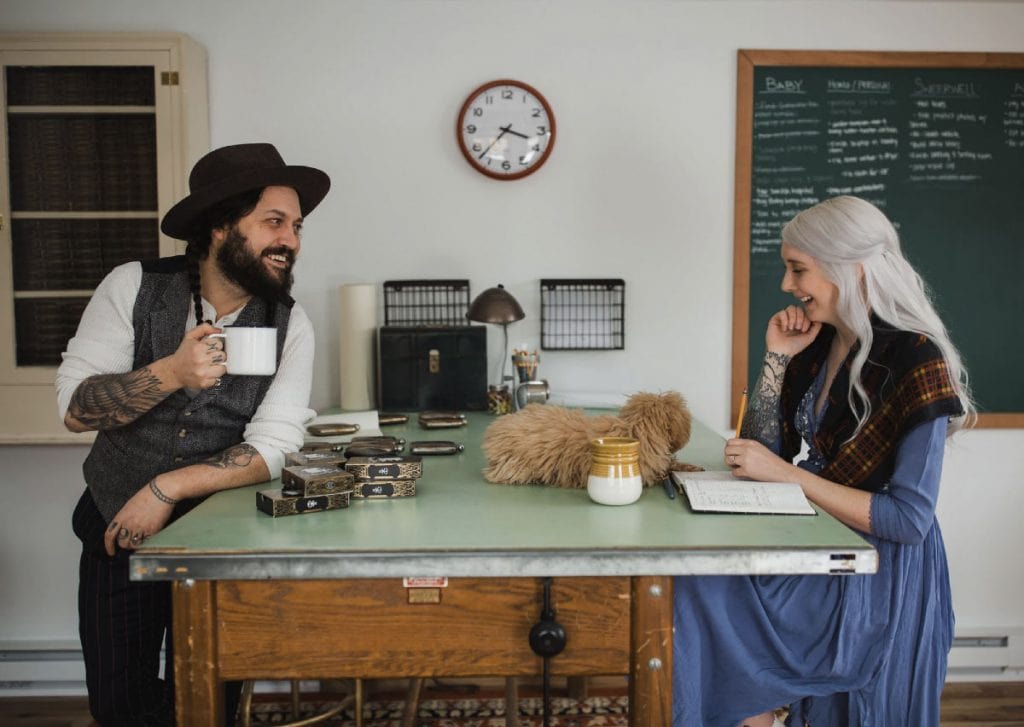 The hip flask with the classic curvy shape was a great way to conceal the object and smuggle alcohol as they could be hidden under clothes. The slim design became very popular under the American prohibition of alcohol in 1920.

If you do need a whiskey glass when coming home you should check out our best recommended whiskey glasses right here.

Whisky vs. Whiskey – learn when to use which spelling