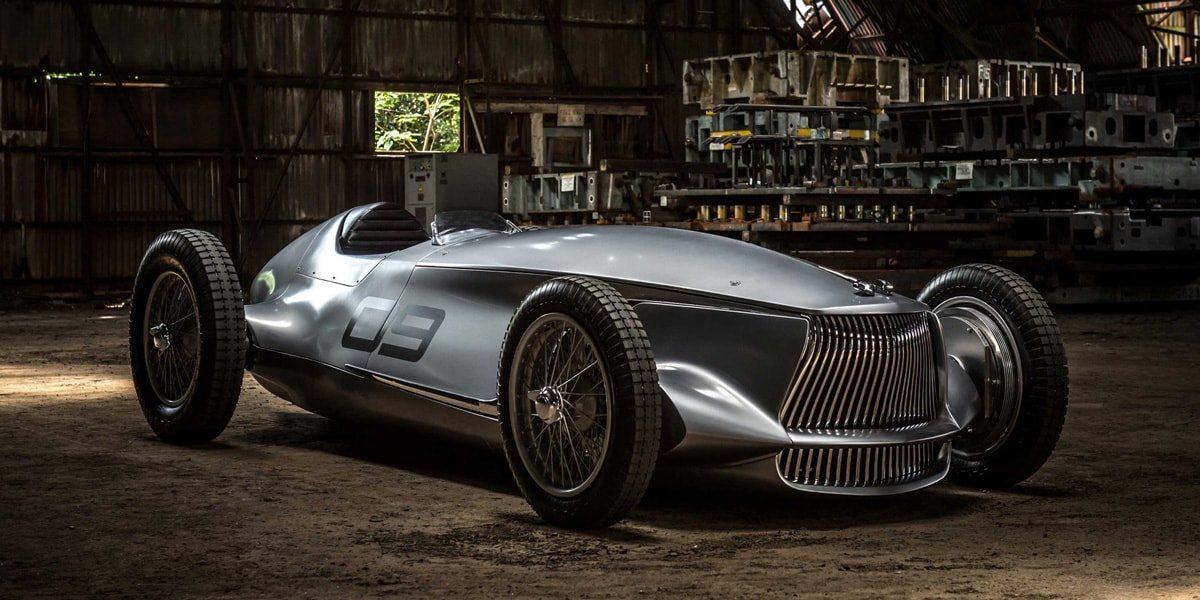 Infinity Prototype 9: A Dream Sent From The 1930s

The Japanese luxury brand Infiniti is behind one of the most charming electric vehicles we have ever seen! 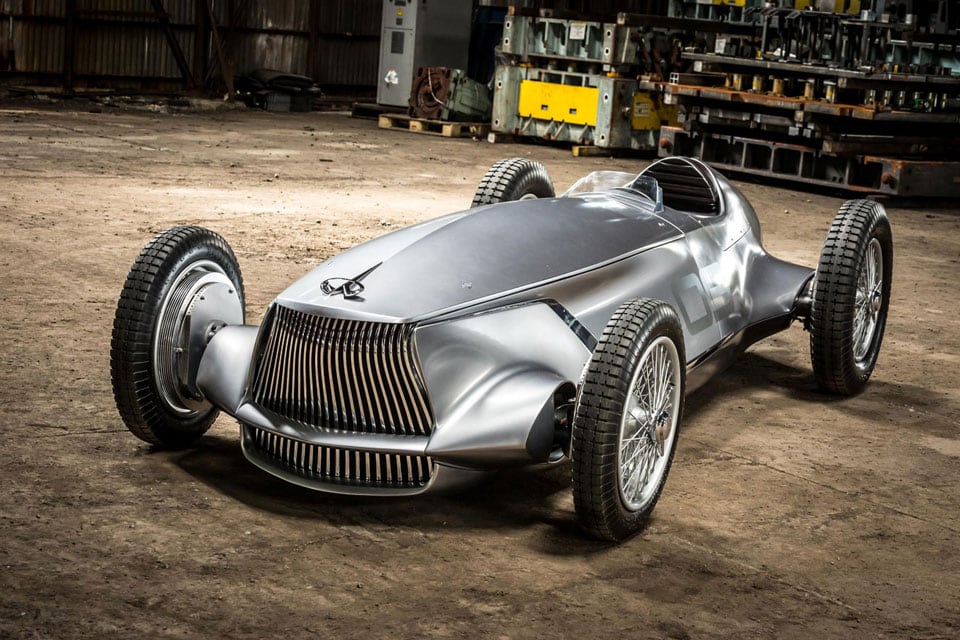 A tribute to the 1930s racing cars

The Infinity Prototype 9 provides plenty of associations with 1930s racing cars such as the detachable wire wheels, the rocket-shaped design, the large grill and the minimalistic windshield. It reminds us of a time in motorsport when safety equipment was limited to a bottle of whiskey, which could ease the pain until the medic crew arrived. A time, when the German mastodonts like Auto Union and Daimler fought a crazy battle to break the highest speed-record on the public German autobahn – and when the most powerful vehicles had aircraft engines. Back then, the fearless riders were seen as national heroes. 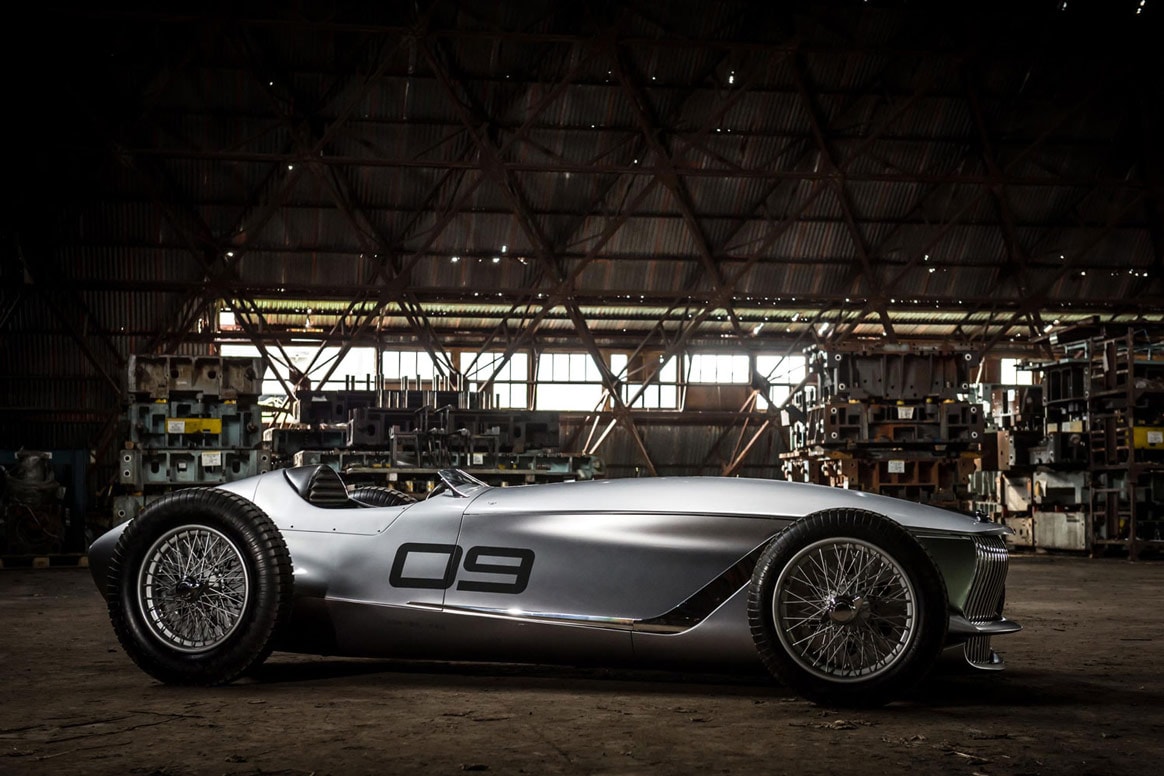 “The creation of the real world INFINITI Prototype 9 was entirely and coincidentally organic. As we started work on a physical model, word spread beyond the core design team, and other departments started checking in and offering assistance. Eventually, the production team became aware of the project – and brought with them the desire and skills to build it.” 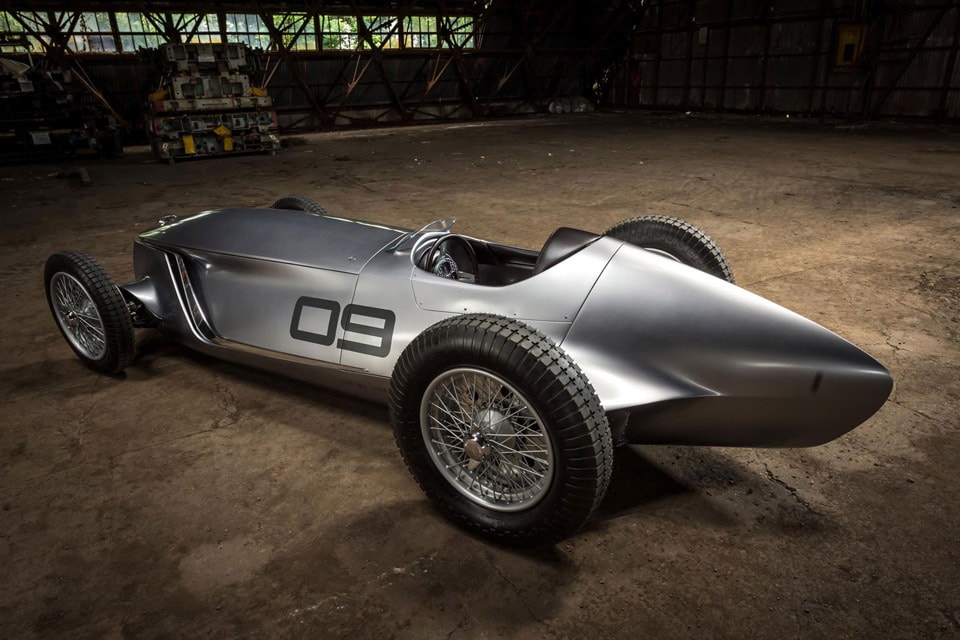 There are plenty of references to the early era of racing cars, which were also built on old-fashioned manners with bare hands, hammers and steel plates. However, Infiniti, which is Nissan’s counterpart to Toyota’s luxury brand Lexus, has gone in a little different direction when it comes to the powertrain. 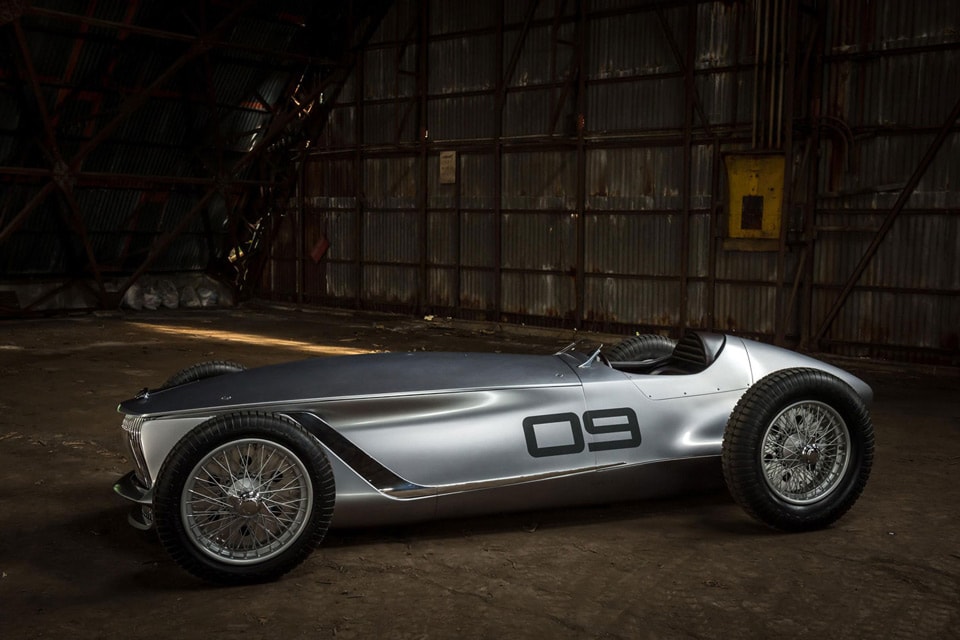 The retro-inspired concept car is equipped with an electric motor closely related to the one that powers the 2018 Nissan Leaf producing 150 horsepower and 236 lb-ft. This may not sound like much, but with a weight of just 890 kilos / 1,962 ibs, it’s enough for a 0-60 mph time of 5.5 seconds. Infiniti claims, the battery pack allows for about 20 minutes of hard track driving. Unfortunately, the otherwise charming electric car still remains a dream.