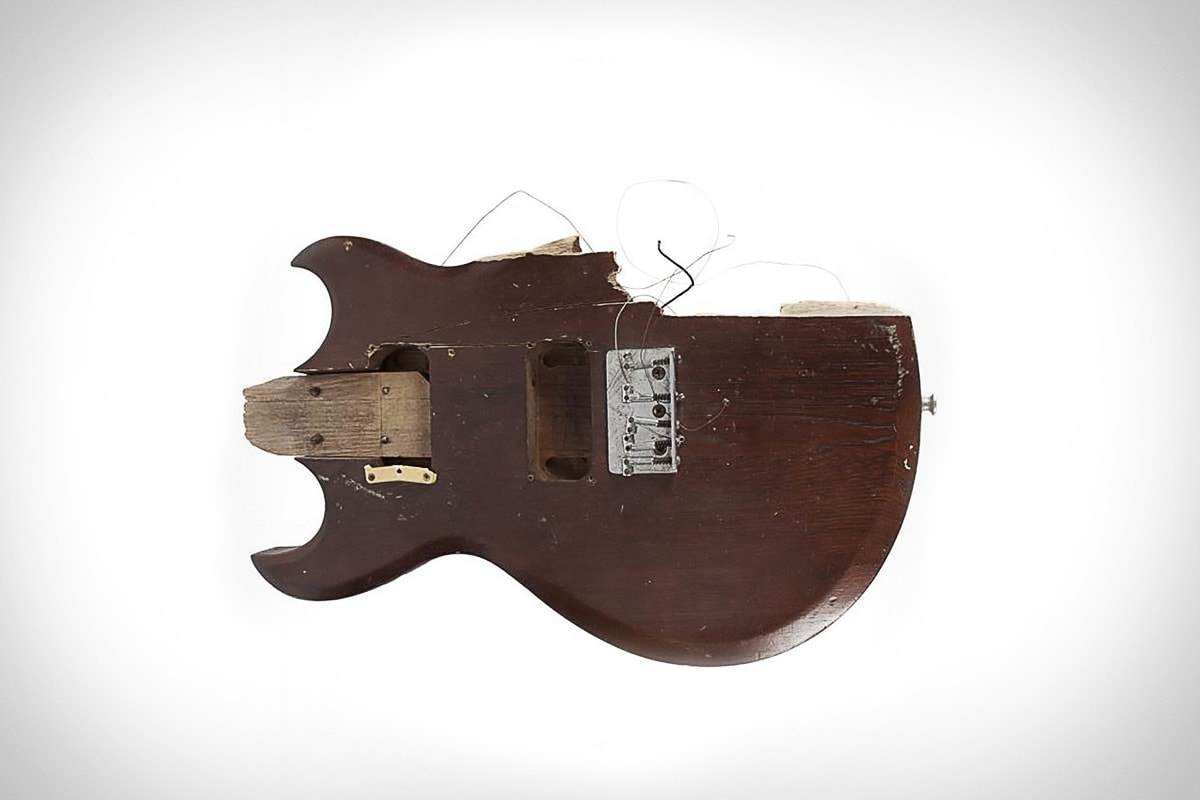 In 1990 nobody knew just how famous Nirvana would become. The iconic song “Smells Like Teen Spirit” from their second album “Neverland” (1991) became a symbol of Generation X and the band sold over 75 million records worldwide. Kurt Cobain was hailed as “the spokesman of the generation” but he was uncomfortable with the label and struggled until his death at age 27 in 1994.

Even today, Cobain is still remembered by fans and collectables from Nirvana and Cobain are highly desired. A wood and metal bench from Viretta Park in Seattle, with graffiti messages from fans is now up for auction at Juliens Live together with a smashed guitar played by Cobain himself.

Smashed at the Motorsports show

At the time, Nirvana was just gaining prominence, and the show with only 1,500 people was the largest audience that Nirvana had ever played for. It was Nirvana’s one show where Dan Peters of Mudhoney played drums, and Dave Grohl, who would join Nirvana as drummer, was at the event as well. Cobain played his Mosrite Gospel guitar for most of the set, then switched to the Aria Pro II for the climactic last song. He spins the guitar in the air for a few minutes before repeatedly smashing it and picking it back up.

What happened to the smashed guitar

The broken guitar was acquired by Richard Newland, who worked security at the event. At the end of the show, Cobain asked if he could remove the pickups from the guitar, to which Newland agreed, and the body of the guitar as it stands now is thus bare. The guitar has remnants of two strings, “Nirvana” carved into the back of what is left of the neck (presumably done by Cobain), and the serial number 20111650.

What happened to the judge who broke the guitar in X Factor?