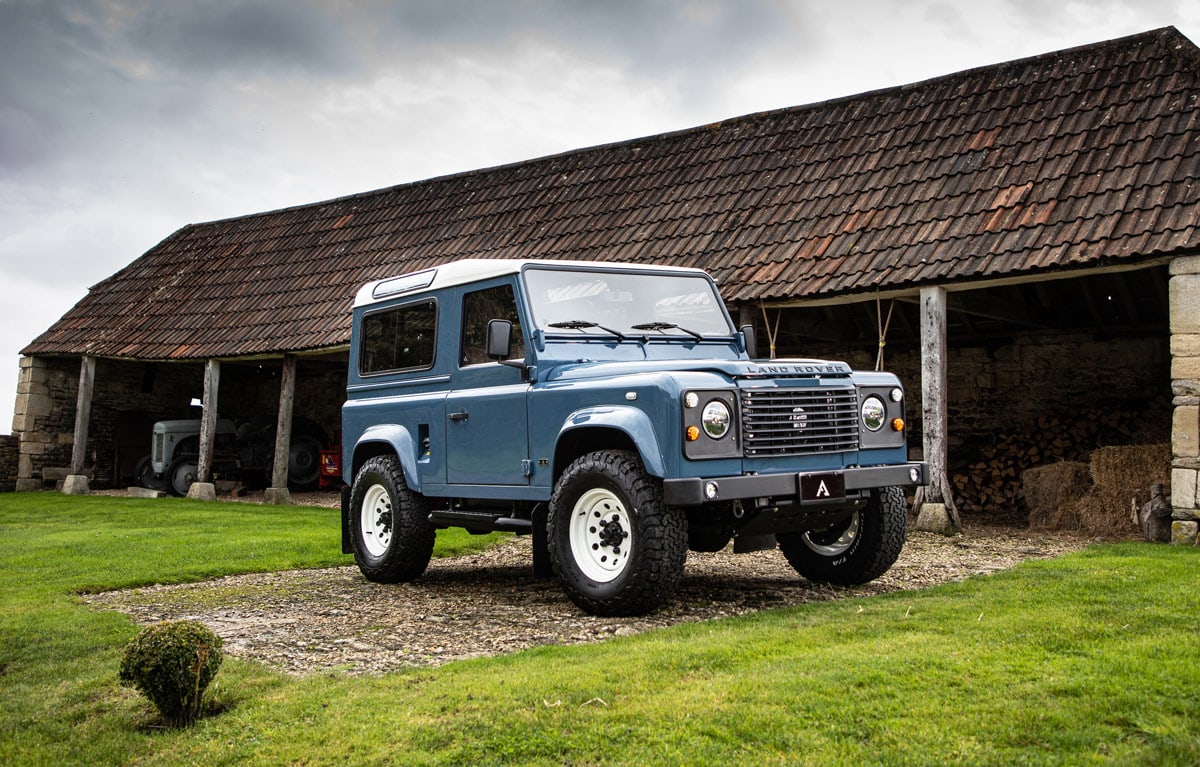 Not long ago, we featured what we would describe as the dream-company-vehicle for Old News Club. We fancy classic machines, live in the countryside in Sweden and appreciate the high level of detail whilst restoring classics. This was the “Clone” built by Arkonik… and once again – we’re out of breath with their new model “SHIRE”!

With well over 200 builds to their name, Arkonik has completely restored this 1989 Land Rover Defender D90, and performed a pure and faithful reincarnation of the iconic workhorse that it is. They strive to use as many OEM parts as possible – and for this restoration they painted the Land Rover in original Arles Blue color first introduced in 1991 on the D110 model. All of these details ensure that both the classic silhouette and overall originality is left uninterrupted. 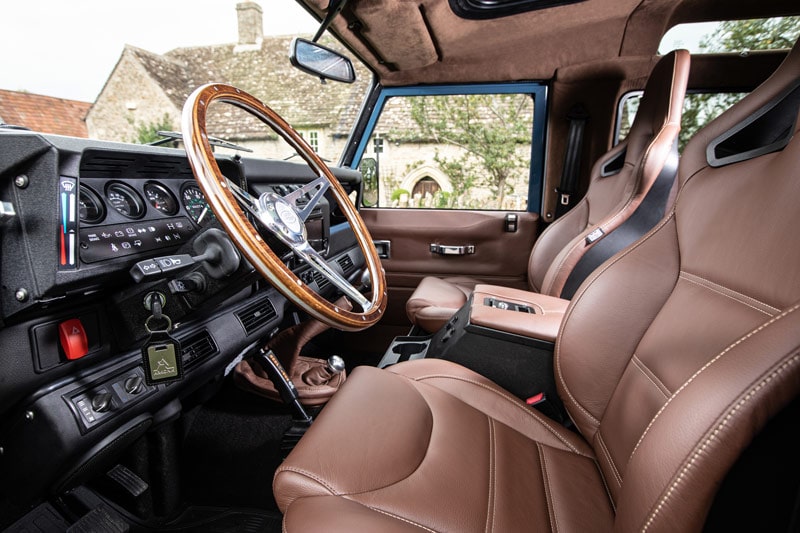 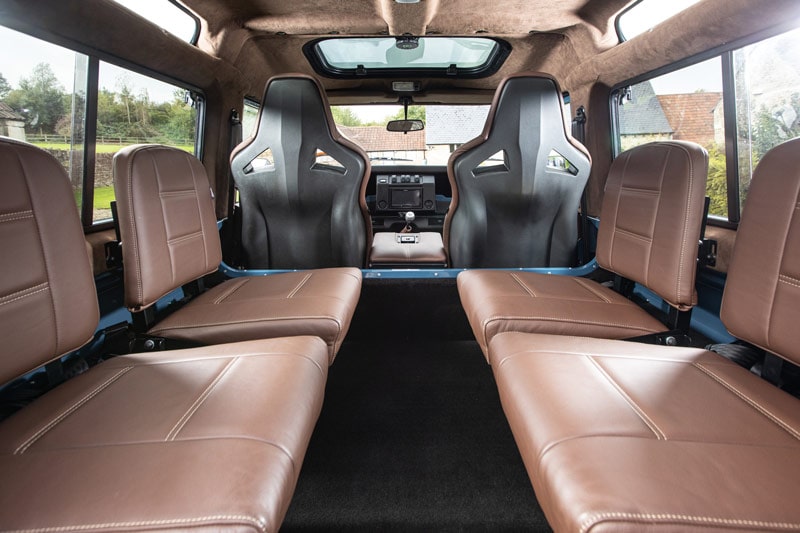 The statement color paired with a Chawton White roof and 16″ steel wheels, an OEM hood and colored side lights keeps the Defender D90 in its true heritage style. A more modern touch has been given on the interior where SHIRE features heated Elite Sports seats and a Pioneer® touch screen sound system. Integrated Apple® Car Play and a reversing camera display add extra comfort and safety. The Ruskin Design® upholstery complements the exterior paintwork with Nutmeg Brown leather trim and matching suede headlining. 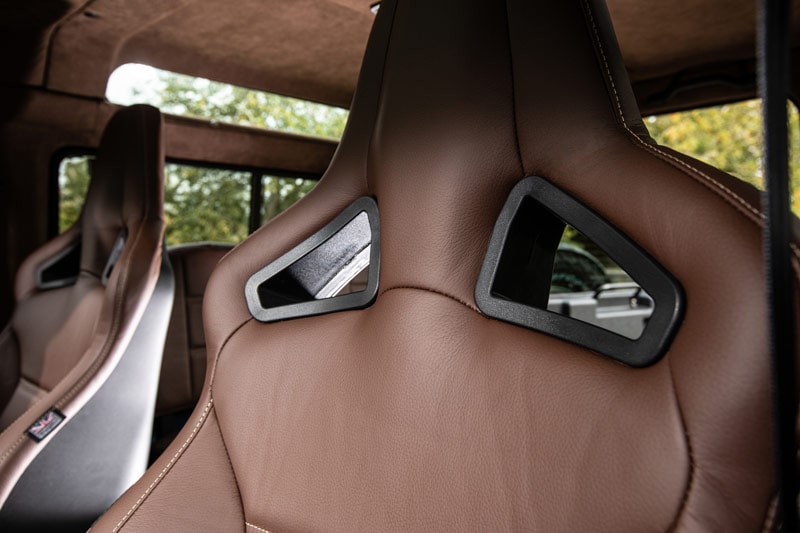 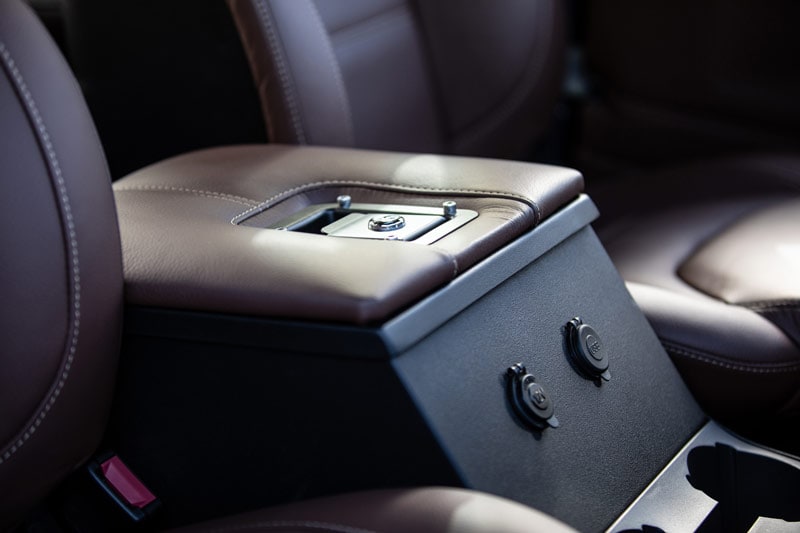 The Defender D90 SHIRE runs a fully reconditioned and rebuilt 3.5L V8 Rover petrol engine with a 5-speed manual transmission putting out up to 200 hp at the crank. This is the thirsty but trustworthy powerplant found in many D90 models over a period of 10-years between 1983-1993. 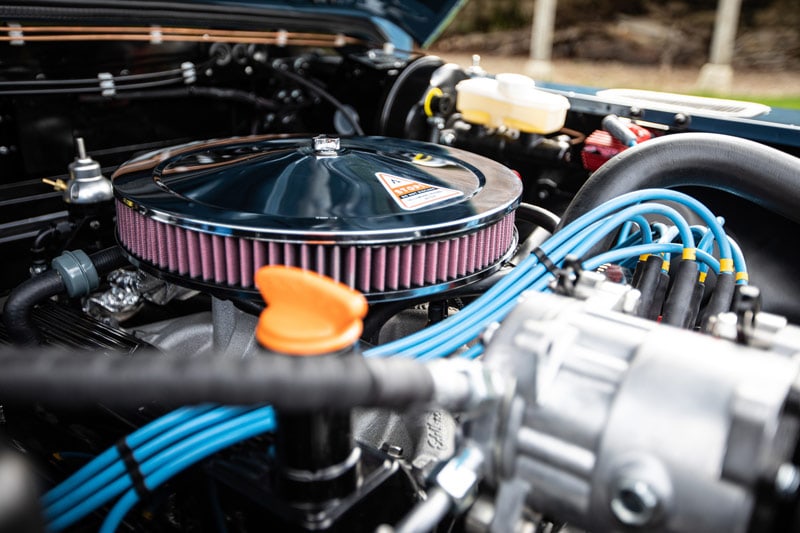 “Arkonik was started on my driveway in 2005 with one vehicle. Previously, I’d had a motorcycle accident that had laid me up for two months, and for the first time in my life, I was physically forced to rest. When I got out of hospital my wife bought me an old Defender 110 to give me something to do. I still own that vehicle today.

I circumnavigated Europe for a few months on my own in that old V8. It took me from the UK to Scandinavia through Poland and to Ukraine through Moldova, Turkey, Greece, Bulgaria, France, Spain and back to England.

When I bought and modified another Defender then subsequently sold it effortlessly, the seed of Arkonik was sewn. For me, the glory of an Arkonik Defender is the kinetic ability built into it. Whether you unleash its abilities once a year or once a day, it is what’s so utterly compelling about them. If you’ve owned one, it doesn’t mean you have to go to Africa today, but if you wanted to, you know you can.”
– Andy Hayes | Owner 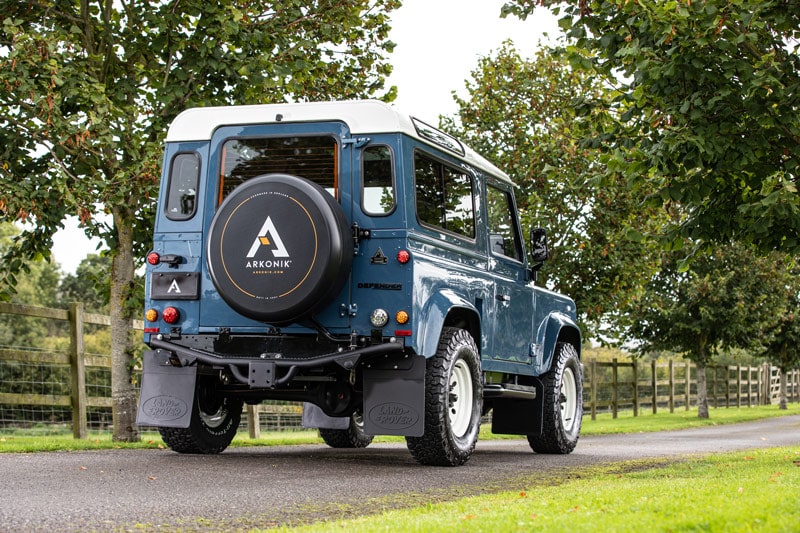 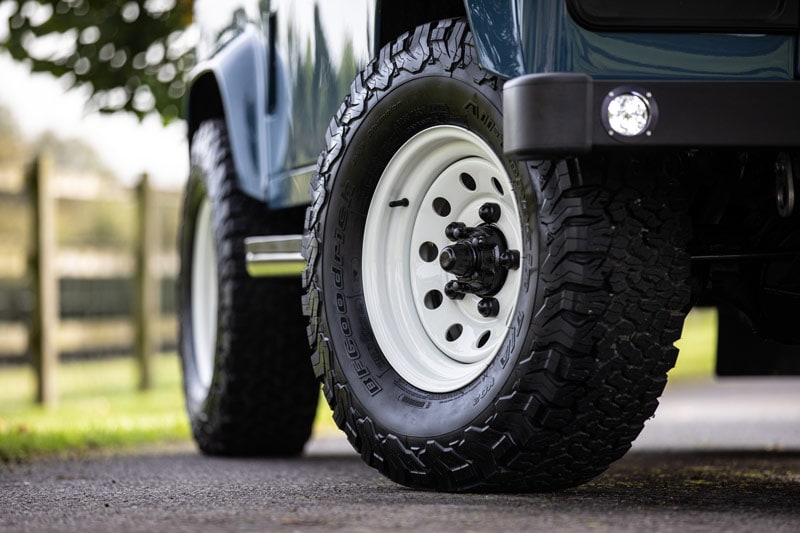 Specifications on the Defender D90 by Arkonik