LEGO builds Bugatti Chiron in a full-scale, drivable replica version of the original $3,000,000 car, and it’s probably the most amazing LEGO creation ever made. In total, over 1 million LEGO Technic pieces were used, adding to a weight of 1,500 kg (about 3,300 lbs). There were more than 13,000 man-hours put into the creation, with the most impressive aspect of the car being the engine sitting under the hood.

LEGO builds Bugatti: First of its kind in many ways 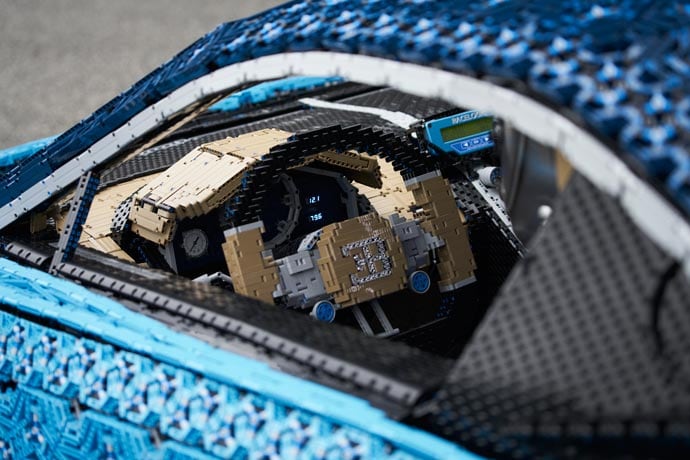 2,304 LEGO Power Functions motors were put together, generating around 5,3 horsepower and an estimated torque of 92 Nm that could allow the vehicle to hit about 18 miles per hour. “Months of development and testing came to a head in June on the Ehra-Lessien test track outside Wolfsburg, Germany – the same track where the original Bugatti Chiron was tested – when we found out if the car would actually drive,” LEGO wrote. “We were even more excited when Bugatti’s official test driver and former Le Mans winner, Andy Wallace, agreed to test drive the Technic version of the Chiron on its first drive.”

Check out: Most expensive Bugatti in the world

VIDEO: Back to the golden days of Bugatti’s history