Bushmills Irish Whiskey, Lowden Guitars and musician Foy Vance have joined forces to create the first guitar using pot still copper from The Old Bushmills Distillery. A collaboration based on a strong passion for quality craftsmanship. 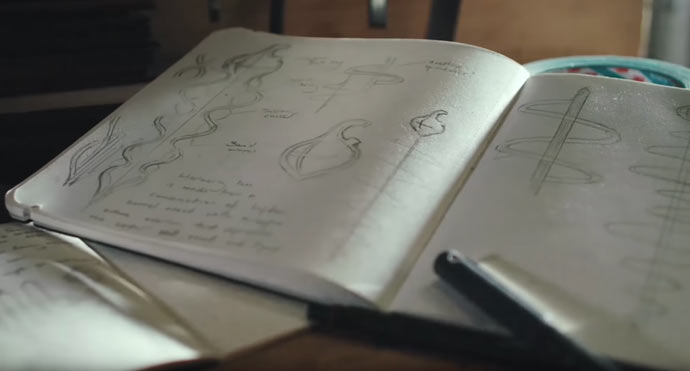 Lowden Guitars is one of the world’s finest acoustic guitar manufacturers whose guitars have been used by some of the world’s most famous artists, including Ed Sheeran. The Bushmills x Lowden Black Bush Edition Guitar is made from materials used for whiskey distilling and more than 100 hours went into designing and building the new guitar in the world-famous workshop. It’s the very first time that copper from the Bushmills Distillery has been used in this way. Northern Irish singer-songwriter Foy Vance has also had a hand in the creation of the guitar, lending a musician’s eyes and ears to the instrument’s final look and sound.

The guitar features copper from the 10 traditional copper pot stills used to triple distil Bushmills Irish single malt and barrel wood that has been used to mature whiskey for hundreds of years at the distillery. The barrel wood has been complemented by some of the best tone woods in the guitar world – African Blackwood and Alpine Spruce. 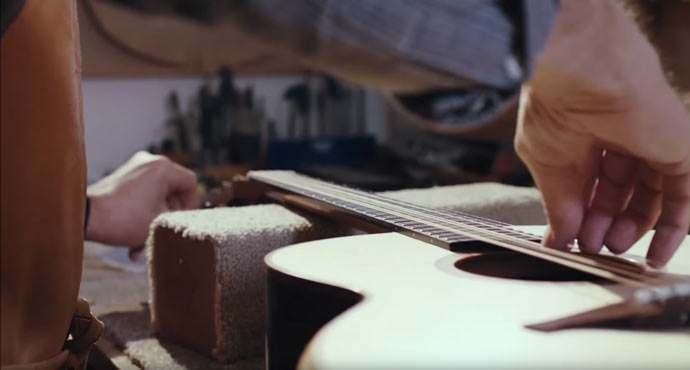 Master luthier George Lowden, has said about the guitar: “I was fascinated with the copper from the original pot stills at The Old Bushmills Distillery. Not only is it a beautiful metal to work with but it’s amazing to think this material has had whiskey flowing over it for hundreds of years. The guitar produces a very clear, very strong sound – everything about it is just beautiful.” 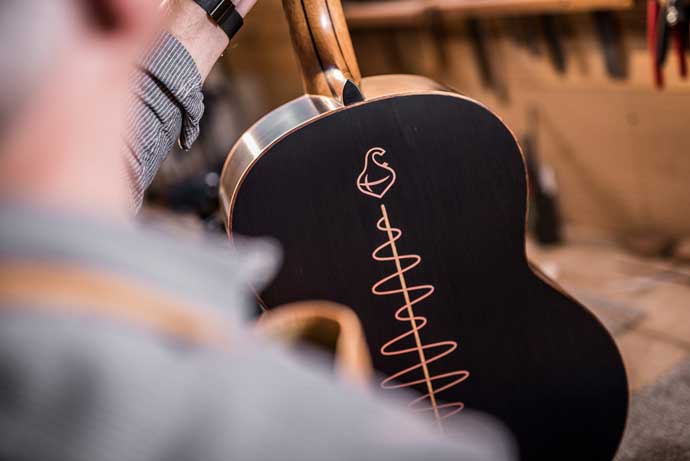 The Old Bushmills Distillery is the world’s oldest licensed whiskey distillery. They have been making triple-distilled Irish whiskey with the same signature taste for over 400 years. 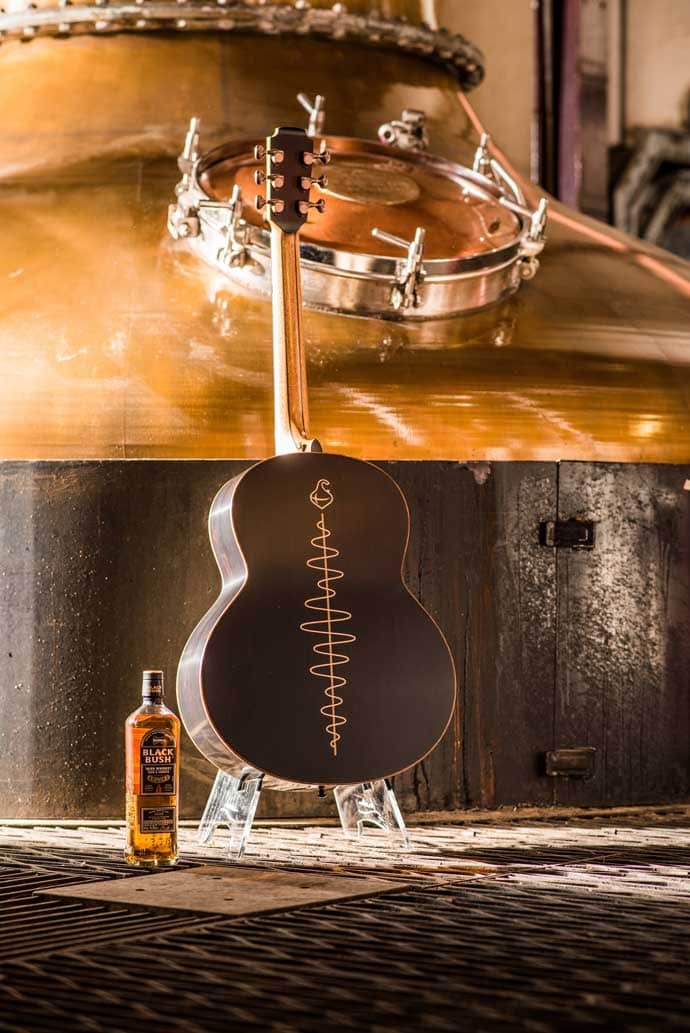