Multi-function Chronograph: How to Use a Tachymeter and Telemeter

If you want a chronograph with an onboard tachymeter or telemeter, the good news is, you don’t necessarily need to go down the expensive brand watch route.

There are, however, viable reasons why top-shelf brands are expensive. Apart from using premium-quality materials, you are paying for build quality which in this case equates to precision. And let’s face it, if you are going to the trouble of purchasing a watch due to its ability to measure speed or distance, you at least want to be assured of its accuracy.

Before we get too far ahead of ourselves, though, it’s time to hit the stop button on our all singing and dancing watch and delve into the precise purpose of the tachymeter and telemeter functions.

What is a Tachymeter?

A tachymeter consists of a scale of numbers arranged around an outer bezel or inner ring on an analog chronograph watch. The tachymeter’s role is to measure elapsed time across a set distance to calculate speed.

The scale on the tachymeter always begins at ’60’ in the 12 o’clock position and runs anti-clockwise to between 400-700.

To arrive at a figure, the tachymeter has to work in conjunction with the chronograph. The chronograph part of a watch is the stopwatch. You most often find the operation buttons in the 2 o’clock and 4 o’clock positions on the side of the watch.

Arriving at the speed calculation is dependent on having a definitive start and stop sequence. Hence the importance of the chronograph.

What does a Tachymeter measure?

Wristwatches have featured tachymeters for over 100 years. And long before cockpits became digitized, aeronautical pioneers made use of their trusty tachymeter to calculate how far or how fast they were traveling.

It wasn’t until the 1950s that tachymeters kicked up a gear when they became regularly used at race meets to measure lap and average speeds.

We’ve already mentioned the tachymeter’s well-known uses, but there is another string to its bow in that it can also measure units. This feature is helpful for production and manufacturing scenarios as it allows the wearer to calculate the time needed to make or assemble one unit. This feature, in turn, reveals the number of units per hour.

How do you use a Tachymeter?

The fantastic thing about a tachymeter is that the actual unit of distance is irrelevant. In other words, it can be miles, nautical miles, meters, or kilometers.

To put this into perspective, here’s an example. Suppose you’re at the Isle of Man TT, the most exciting and dangerous motorcycle race in the world. The course is 37.33 miles long.

While it’s not possible to see all the action, you want to know what speed a particular rider is traveling at as he passes through your section.

You can see the mile markers clearly, so with your chronograph zeroed (set at 12:00 o’clock), the moment the rider blasts past the first mile marker, you hit the start button.

Next, hit the stop button as he reaches the next mile marker. Read off the number on the tachymeter scale. You will find that the second hand has reached 18 seconds and the adjacent reading on the tachymeter is 200.

This reading means that the rider on the fly-spattered BMW S1000RR has screamed past you along a bumpy country lane at 200mph! (This incidentally was the actual top speed clocked during Peter Hickman’s record breaking lap of the TT.)

In a less hectic setting, it’s also possible to use a tachymeter to calculate production times. To do this, once again, the stopwatch function is used to mark the start of the assembly and or fabrication process.

Hit the stop button when the task is completed, and if we say, for example, from start to finish, it took 40 seconds, the reading from the tachymeter bezel reads 90. This readout means you can look forward to the operative churning out 90 widgets per hour.

Any motorsports or athletics fans who like to take an active part in their chosen sport can use their tachymeter to find outright and average speeds.

As mentioned earlier, old-school aviators put the unique bezel on their chronograph to good use. Today’s pilots, though, with their digital cockpits, can go for fashion over function when choosing a wristwatch.

A tachymeter function on a watch can also be used in an industrial setting when the number of units fabricated or assembled per hour is needed.

Just like the time in hours and minutes, the reading from a tachymeter will also be the same, regardless of whether read from the face of a $20,000 Rolex Daytona or a $200 Citizen Eco-Drive.

What is a Telemeter?

In much the same way that a tachymeter has an outer ring or bezel with a numeric scale, so does the telemeter. The difference is in the scale itself, which can be in kilometers or miles.

A stopwatch function is also required when using a telemeter. Here, the user will need to record the beginning and end of the event being measured.

The first telemeter dates back to the 1700s when it was created as a surveying tool for building canals. However, budding horologists had to wait until 1844 for Adolph Nicole to add the first telemeter bezel to a chronometer.

What Does a Telemeter Measure?

As with most elements on a chronograph, many functions evolved for military usage and those needing quick calculations while in the field. In this case, the telemeter is designed to gauge the distance between an observer and an event.

In other words, something that’s possible to see before you hear it. This may seem like an odd statement but consider a thunderstorm. Unless you’re in the eye of the storm, you will see the lightning before the thunderclap.

This phenomenon occurs because light travels at a mind-numbing 670,616,629 mph. Meanwhile, sound in comparison drags its feet at a mere 767mph. For this reason, lightning is always first to the party.

How do you use a Telemeter?

Let’s use the thunderstorm as an example and measure the distance from a lightning strike:

The notion of knowing how far away a storm is may be interesting, but other than idle curiosity, the average multi-function watch wearer will find few uses for a telemeter.

Let’s return to the telemeter’s military usage during pre high-tech hardware days. Here, the device helped locate the distance to, or from enemy fire by using the muzzle flash as the starting point and the landing of the shell as the finish.

Being aware of the distance from enemy artillery on either land or sea was invaluable whether for returning fire or avoidance maneuvers.

Although early military spec range-finding telemeters were extremely accurate (within 1 meter over a 1500 meter range), they were also huge. Portable handheld telemeters used on the battlefields of WWII were well over a meter wide. However, this measurement is inconsequential compared to the telemeter on the German Battleship Graf Spee, which measured over 10 meters wide.

If size is a factor, it stands to reason that the humble wristwatch’s telemeter is slightly less accurate. Yet, this is not simply due to its scaled-down workings.

As the scale on a chronograph telemeter is calculated at the speed of sound at sea level, find yourself up a mountain during a freak heatwave, and the results will suffer.

The water-resistant ‘Monobloco’ Rolex 3525 chronograph with telemeter has given well-heeled outdoor types the heads up since 1935.

Those intricate scales running around the outer edge of your watch may today offer only ornamental value. However, it wasn’t long ago that the tachymeter and telemeter transformed the chronograph into the Swiss Army knife of wristwatches.

The telemeter bezel was historically used in military scenarios both on land and sea. As for the tachymeter, the achievement of this particular dial is off the scale.

The watch’s greatest claim to fame, though, came some five years later. After a malfunction on board Apollo 13, the astronauts had to fire the lunar descent propulsion system to correct their trajectory.

Could the tachymeter reach any greater heights? 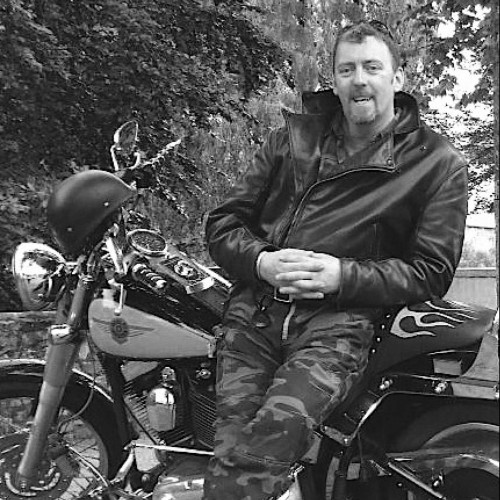