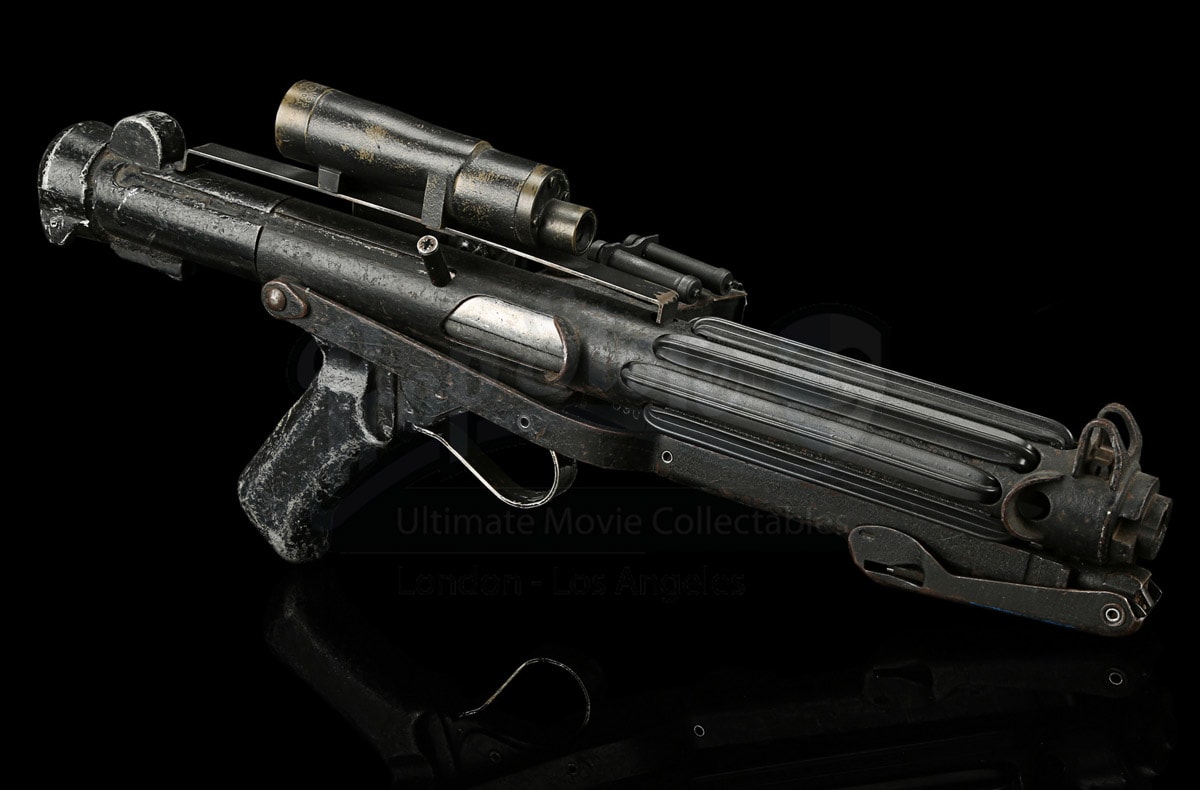 This stormtrooper blaster is an original movie prop from George Lucas’ first Star Wars movie “A New Hope” from 1977. Check out the extremely rare item – currently for sale – below. 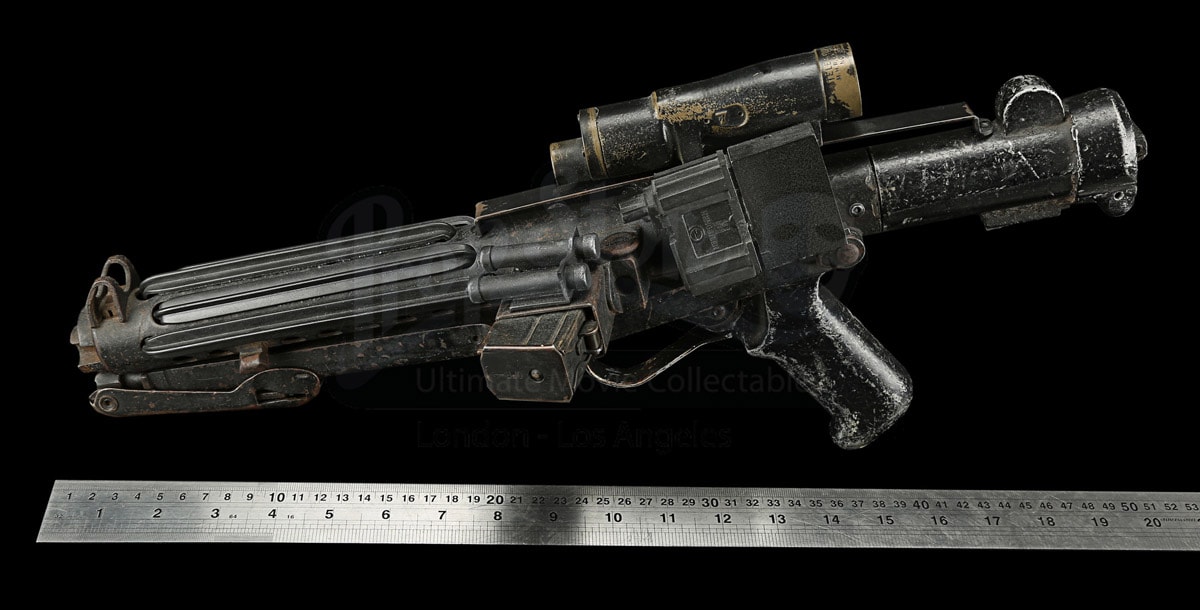 The stormtrooper blaster gun is an authentic movie prop from George Lucas’ first Star Wars movie from 1977, “A New Hope”. The so-called E-11 blaster rifles were carried by the stormtroopers and used in their hunt for the missing droids carrying the Death Star plans as well as used in battle against the rebels aboard the Death Star. The blasters were made by the renowned armorers Babty and specifically designed and produced for the first Star Wars movie. After the production of the movie, many of the guns were returned to Babty. This item was discovered many years later and has since been completely restored by the experts at Propstore.

Need the Owners Workshop manual for a Tie Fighter? 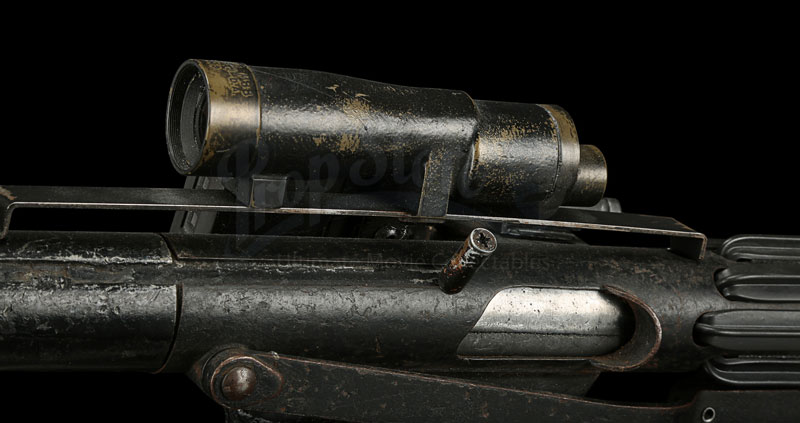 The Stormtrooper blaster is finished in black paint and has a Sterling body tube with a central wooden dowel barrel and customized components to replace the receiver, magazine well, stock, pistol grip and trigger guard. As the gun is an authentic movie prop, the piece has signs of production use and age.

“Hokey religions and ancient weapons are no match for a good blaster at your side, kid” 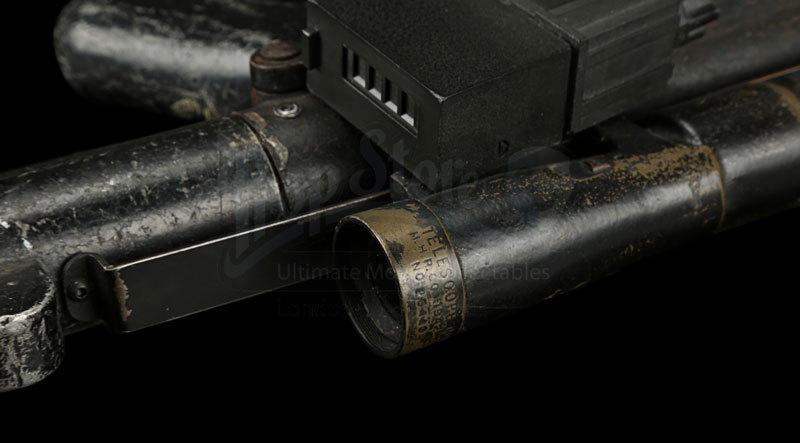 The Star Wars movie “A New Hope” from 1977 is the first film in the original Star Wars trilogy and is also referred to as “Episode IV”. In the movie, Luke Skywalker (Mark Hamill) joins forces with Jedi Knight Obi-Wan Kenobi (Alec Guinness), a cocky pilot (Harrison Ford), a Wookiee (Chewbacca) and two droids (C-3PO and R2-D2) to save the galaxy from the Empire’s world-destroying battle station, while also attempting to rescue Princess Leia (Carrie Fisher) from Darth Vader (David Prowse).

“A New Hope” received ten Academy Award nominations (including Best Picture) and won seven awards. It is regarded as one of the most important films in the history of motion pictures.

Propstore was founded by Stephen Lane in 1998 when his love for movies led him to begin hunting for props and costumes from his favorite movies. The Propstore Collection features not only one but two original Stormtrooper blaster guns – one from “A New Hope and one from “The Empire Strikes Back”.

Today, Propstore has 30 employees in London and Los Angeles and over 25,000 square feet of archived props and costumes. If you’re looking for something special – or considering starting your own collection – this is a good place to start! All original movie props from Propstore comes with a Certificate of Authenticity.

What happened to Voldemort’s nose?

The most famous Bond movies of all times

What happened to Peter Parker’s parents?