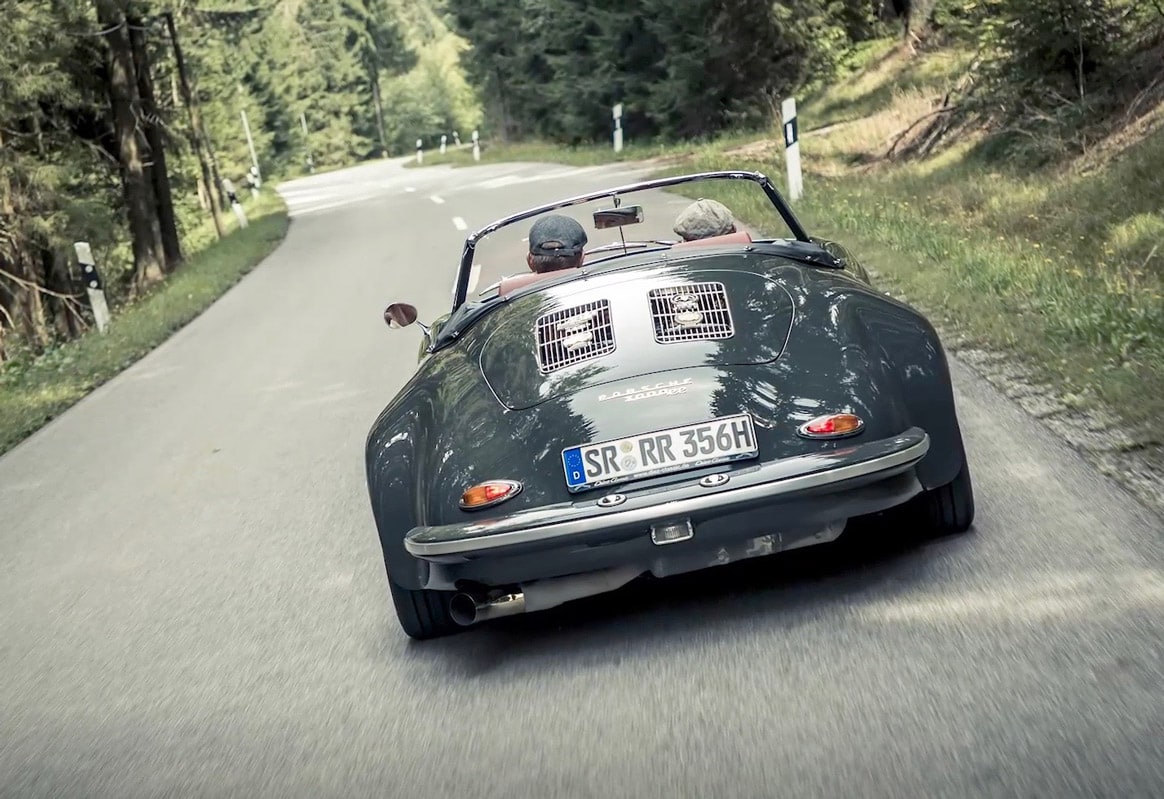 Rally legend Walter Röhrl shows off his Porsche 356 Roadster Turbo which, as the headline suggests, is not standard. The original 60 hp engine has been replaced with something much stronger. 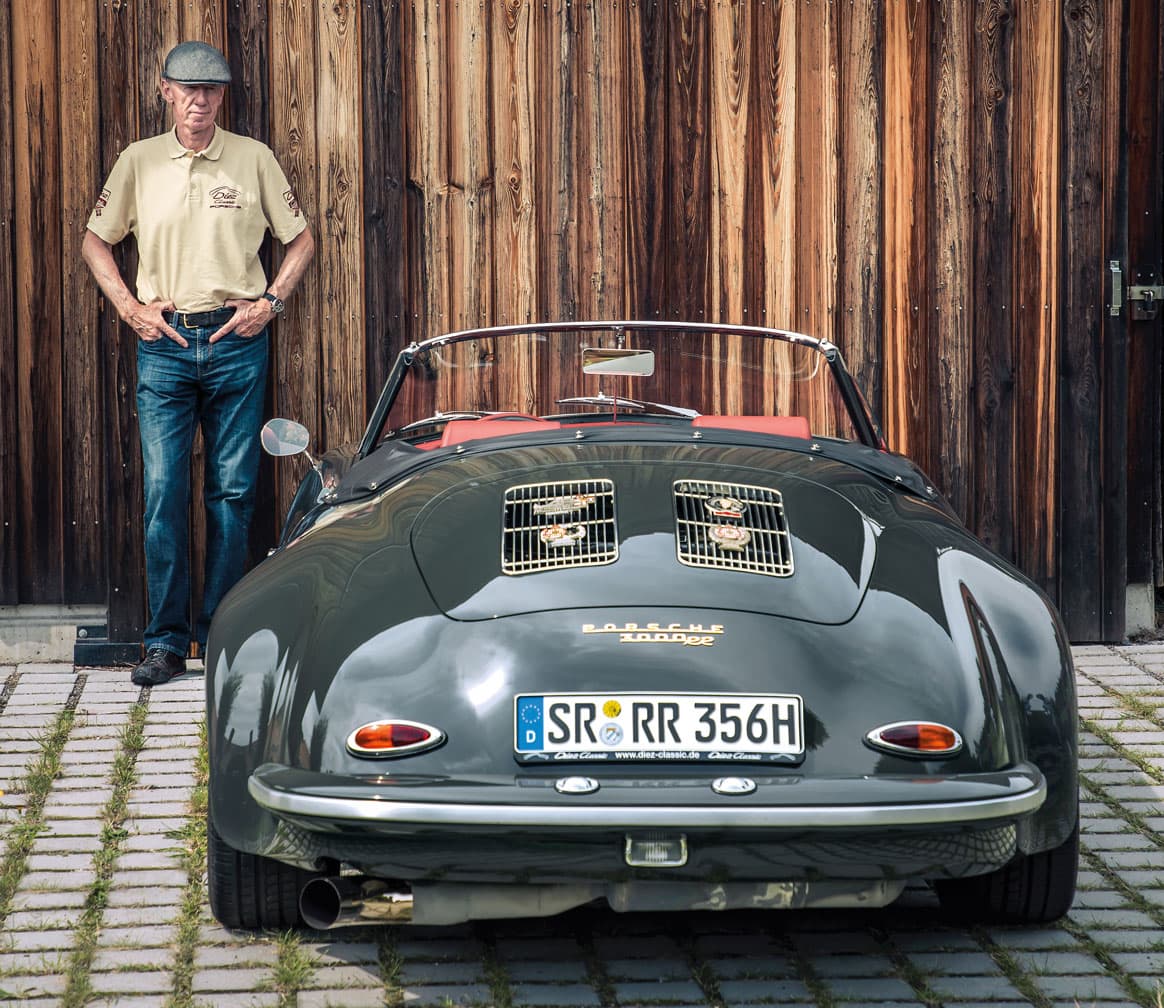 The year is 1996 and Viktor Grahser visits an inn in the village of Klein-Neusiedl. He is a retired flight mechanic who has recently lost his wife and we are twenty-five kilometers south-east of the Austrian capital Vienna. Grahser, who is also an enthusiastic Porsche collector has returned after 30 years in Australia with three Porsche 356s.

At the inn, Grahser gets to know a photographer, Rudolf Schmied who is also the son of the innkeeper. Schmied helps him get spare parts for the Porsches and no later than eight years after they first meet, he finally gets an invitation to Viktor Grahser’s house.

Schmied is now realizing just how important the Porsche 356’s are to Grahser: one of the house walls is removed to make room for one of the cars to fit in the living room. Sitting in the middle of the room is a 356 Speedster. It has just one of it’s headlight and no floor or any seats.  In addition, the engine is siting behind the car next to a decorative pile of wood. 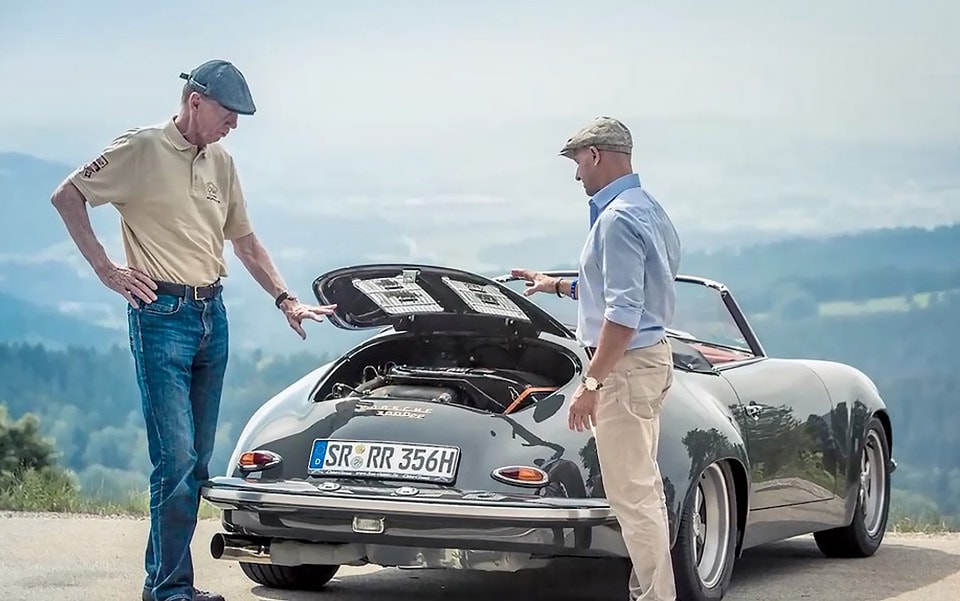 Grahser’s great dream is to open a Porsche museum in his Austrian homeland. He already had the first three cars ready. The first is 356 Speedster in the living room which is one of very few vehicles built as a right-hand drive. The other two are cars are still parked in the shipping container since their trip from Australia.

The two-storage container contains a Porsche 356 A Coupé on the upper level. A vehicle that is partially converted to a 356 Speedster with 911 parts including a 2.7-liter engine with a mechanical fuel injection pump. The vehicle on the ground floor is however Grahser’s personal favorite. It’s a 1959 Porsche 356 B Roadster with a three-liter turbo engine from a 1977 Porsche 911 Turbo (Type 930).

Grahser often opens the container doors – just to be near his beloved ‘356 Roadster Turbo’. 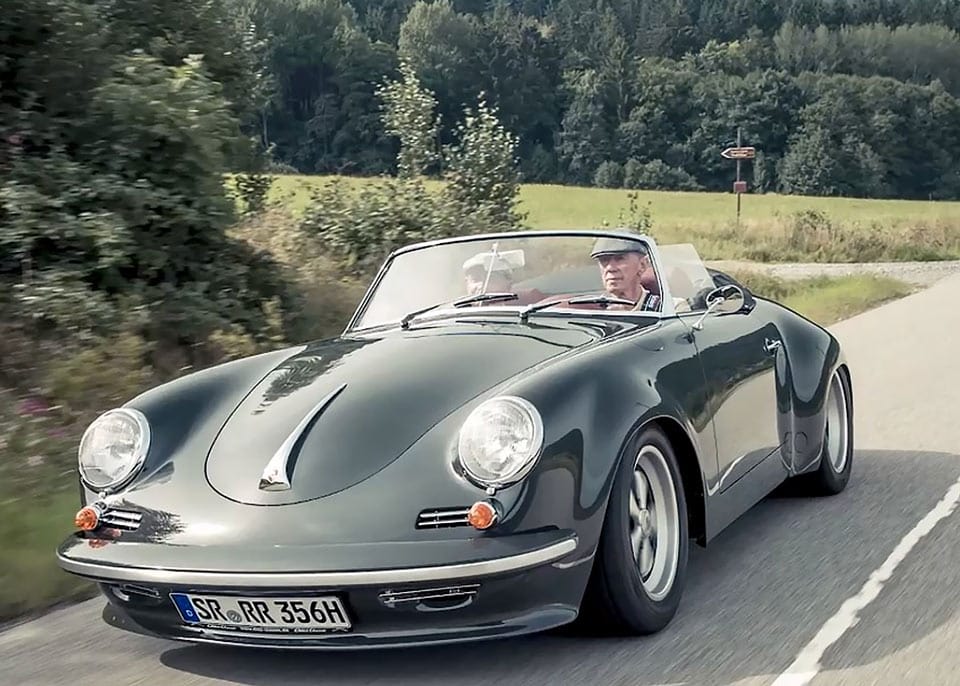 In May 2008, Grahser unfortunately dies unexpectedly. Consequently, the three Porsches are sold to a car dealer in Stephanskirchen. The new owner is Rafael Diez who immediately begins renovating them according to Viktor Grahser’s intentions. After sitting about 20 years in the container, the cars are finally out! The Porsche 356 roadster is widened and gets two cooling air intakes on the engine hood. The steering wheel is moved to the left side, and finally the car is welded together and painted. 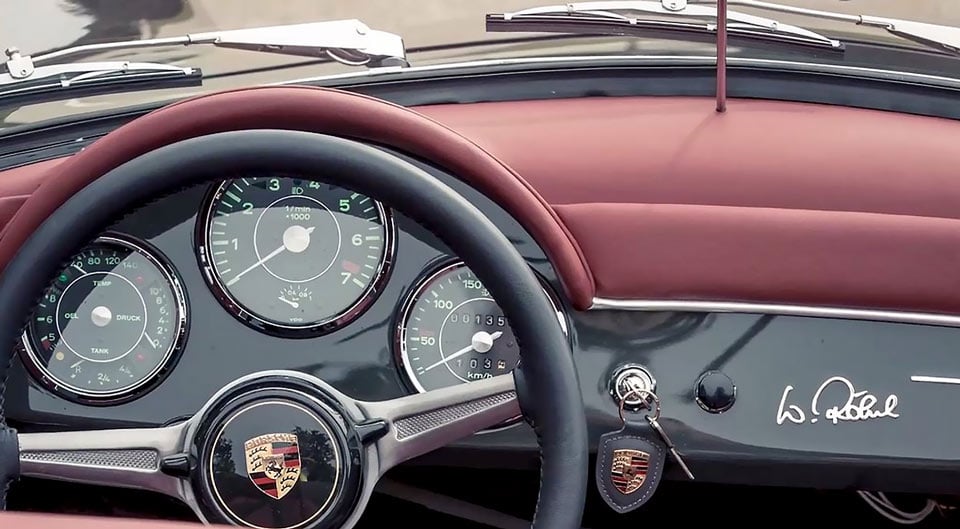 One day, Rafael Diez talks about the project to his acquaintance, Porsche’s brand ambassador Walter Röhrl. He asks the legendary rally world champion to test drive the 356 Roadster turbo. Röhrl is hesitant at first:

“I’m a big fan of old cars, and especially the first Porsches. But I approached the rebuilt 356 B Roadster with turbo very carefully. It looked like too much had changed. So I was even more surprised at how perfectly balanced the car felt right from the beginning of the first test drive”, says Walter Röhrl of Porsche Magazine. 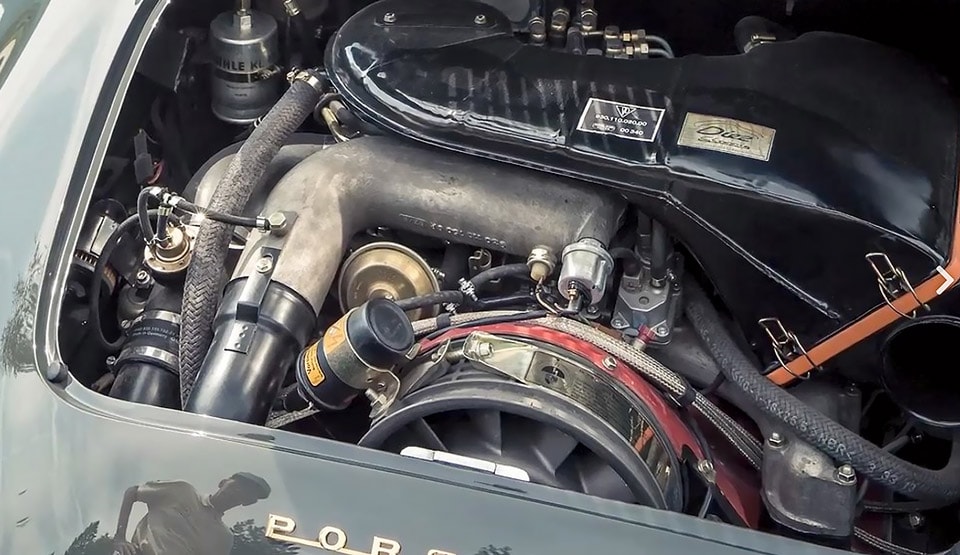 “The heavy engine behind, 260 hp but it runs smoothly and accurately and it was a lot of fun”. 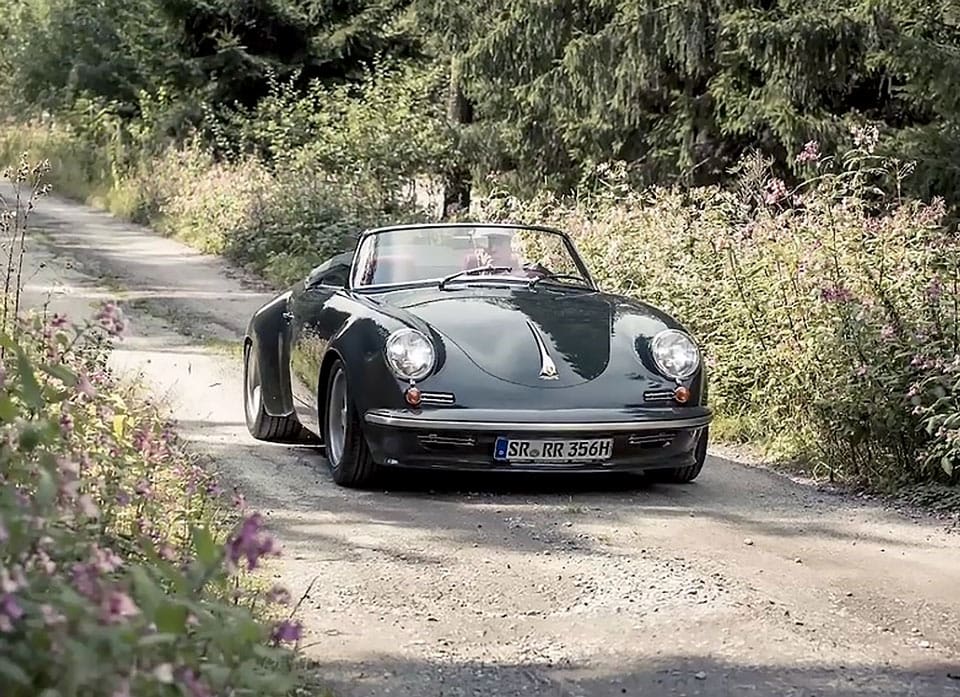 After the drive, Röhrl decides to buy the car that Diez has now named “Porsche 356 3000 RR”. The “3000” referring to the engine displacement and “RR” referring to Röhrl Roadster.

The exterior is slate gray and the interior red. In addition, it has a redesigned 911 steering wheel with 356 hubs and even the instruments are reminiscent of a 911. Finally, on the engine cover, you’ll find Walter Röhrl’s four victory badges from the Monte Carlo Rally.

For Viktor Grahser, the 356 tuned up with 911 parts was intended to be his “Super Porsche”. Seeing this, we have to agree that it’s a superb mix of two different ages.

Related: Why the E46 BMW M3 CSL is so special