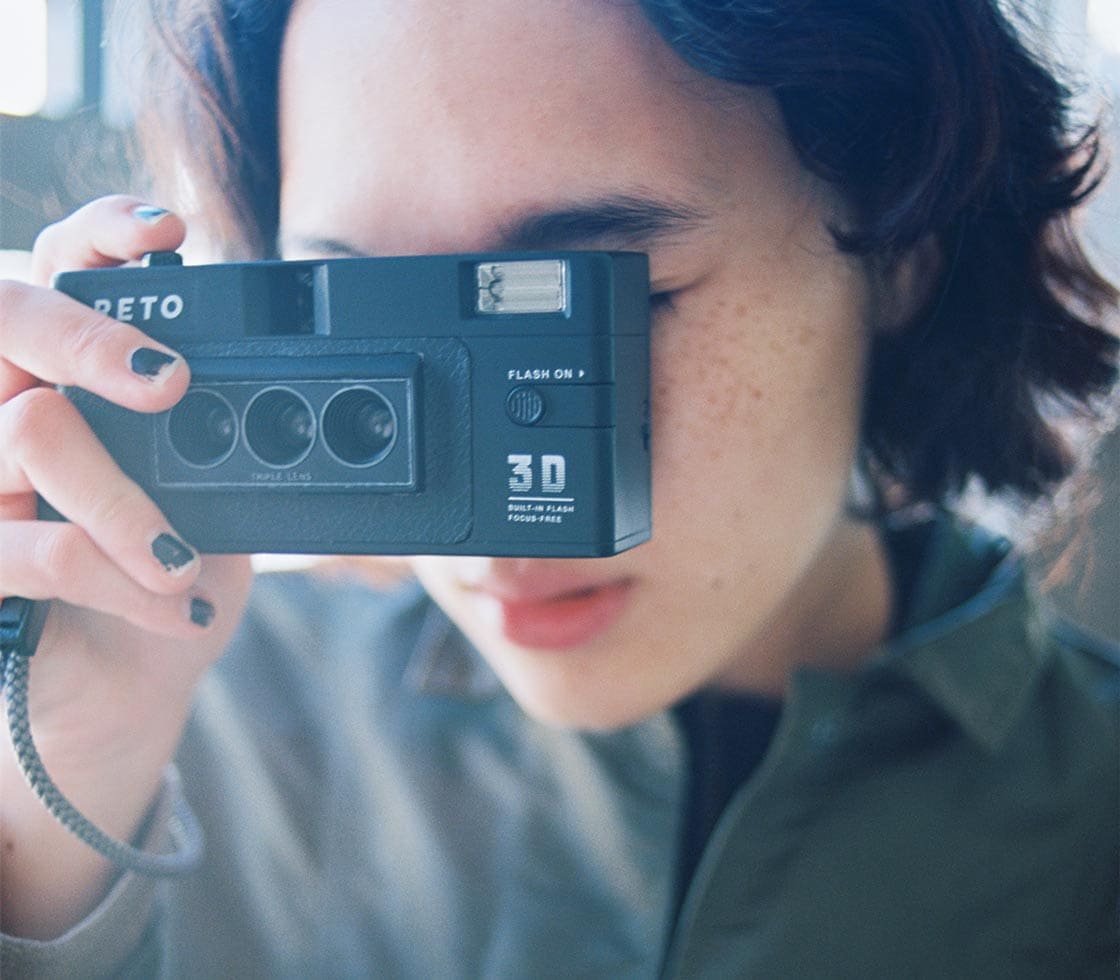 The RETO3D is a cool retro-style 3D camera that allows you to take 3D images and stitch them together to animated GIFs. 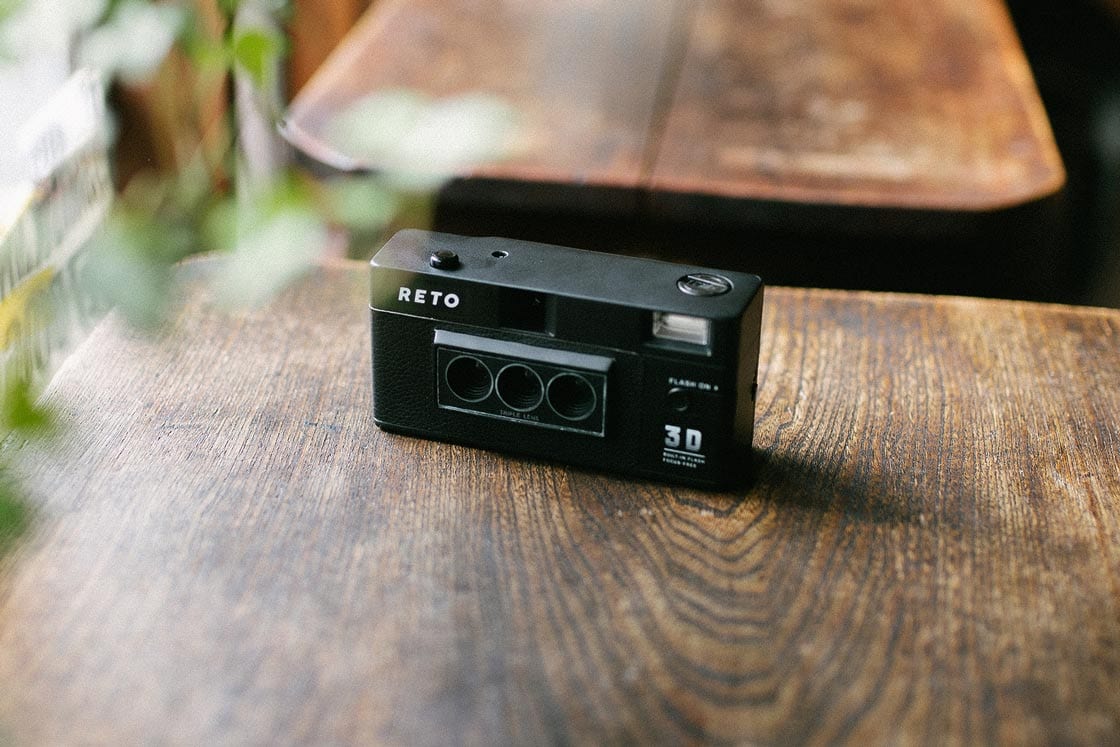 From the invention of 3D photos…

Three-dimensional photos have been around since the invention in 1849. Back then, a stereoscope was used to present two offset images separately to the left and the right eye of the viewer. The two-dimensional images are then combined in the brain to give the perception of 3D depth.

3D photography is a specific type of film photography. The RETO3D camera works by taking three half-frame photos with three different angles simultaneously to create a 3D image. By using a roll of 36 exposure film, you can create 24 3D images which can be brought to life by stitching them together as GIF animations. The team behind the RETO3D is also developing an app to make it even faster and easier to create your own GIFs. 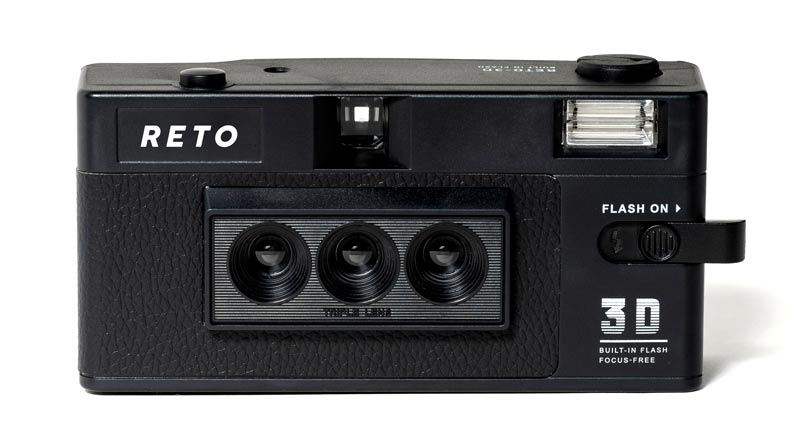 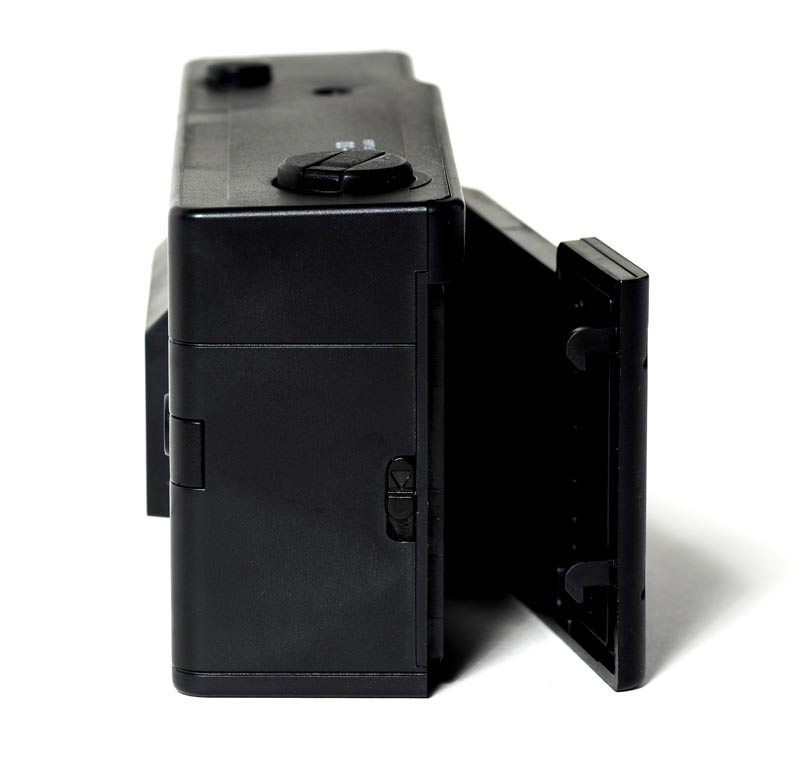 The Kickstarter adventure for Reto Project

The team at Reto Project got the idea for the RETO3D in 2016. Since then, they have done a lot of research with vintage 3D cameras and improved their design before actualizing their dream. The design is a tribute to the 1950s era of 3D photography but the camera is much lighter and handier to use.

More information: Retail price $99 USD – campaigns with reduced prices available via Kickstarter. Reto Project has already made their funding target – but you can still get your hands on some limited offers and support the launch of the RETO3D.

Great way to play with snow❄️ Tag @reto.project to get featured. Visit us for more photography inspirations! . ?: Don’t miss out other amazing photos taken by @silo.films . . #reto#retofilm#reto3d#3dphoto#filmphotography

The market launch is expected in October 2019.

Check out: The high-class Leica M10-P

The Best Leather Camera Straps For Around The Neck