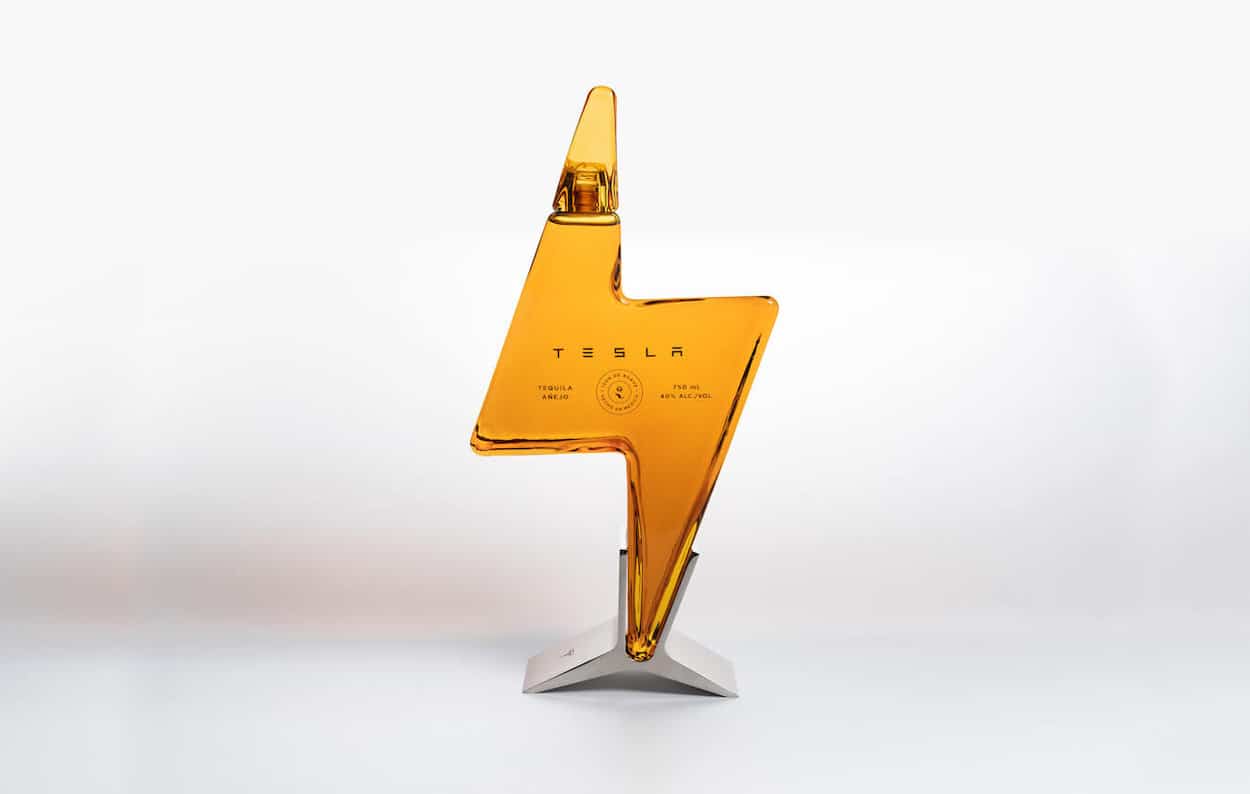 The Story Behind Tesla Tequila

Tesla CEO Elon Musk is well-known for his incredible talent in creating the best electric cars and venturing into areas that aren’t his expertise. Although he has done business in many different fields, everyone was surprised when Tesla launched its tequila brand. However, it was a massive success, and the new drink was sold out within a few minutes. If you’re interested in this promising product, here we’ll give you all the details of the latest business of the Silicon Valley millionaire. 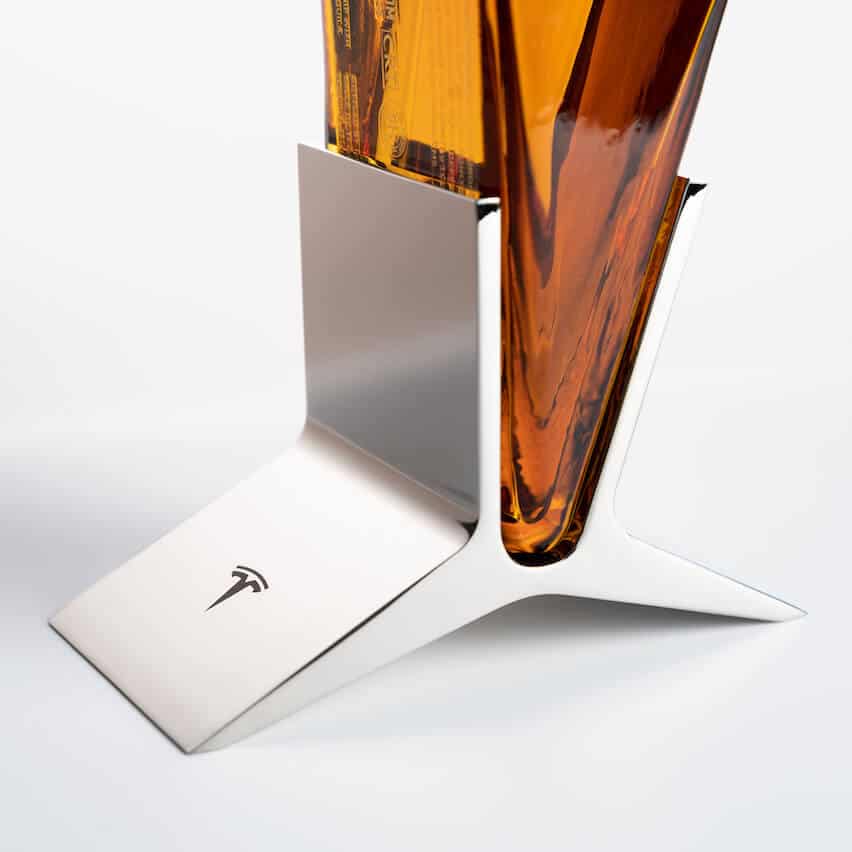 It seems that Elon Musk wanted to be more successful, and that’s why he joined the fascinating tequila world by creating Tesla’s tequila. He first addressed this exciting idea in April 2018 when he tweeted about Tesla launching its tequila. However, almost everybody thought it was some joke as he has a particular sense of humor and because that day was April Fools’ Day. Nevertheless, it would happen very soon, and after many speculations, Tesla’s tequila was finally launched on November 5, 2020. Before the release, and due to the high demand and expectation, it was specified that orders would be limited to two bottles. Also, it was announced that the drink would be restricted to some states, only available in New York, California, and Washington.

According to Tesla Tequila’s website, the drink is an exclusive, small batch of premium agave tequila añejo. After Tesla tequila is slow-cooked in brick ovens, it goes through the typical fermentation and double-distillation-making process. Usually, one añejo ages between one to three years in oak, but this only took 15 months and was stored in French oak barrels instead of American.

As a 100% original Tequila, it was produced in Jalisco, Mexico, by Casa Maestri, an important manufacturer of more than 100 prominent brands. This producer is also known as Nosotros Tequila, and within their collection, they offer a wide range of exquisite products like tequila, vodka, bourbon, and Canadian whisky. The best thing about Casa Maestri is that they craft tequilas from all prices, and every single product is superb.

Plenty of delicious ingredients were used in making this tequila, but the main one was Blue Weber agave. Casa Mestri did an excellent job combining agaves from the highlands and lowlands of Jalisco, one of the allowed states to produce tequila. The price of this new drink by Elon Musk is around US $250, which is quite overpriced if you think about it. However, as it uses the best ingredients and has received excellent reviews, it seems worth buying at least one bottle. Unfortunately, it has been out of stock since a while ago, but if it’s available again, you can buy a bottle directly from the Tesla Shop.

How does it taste?

Tesla tequila doesn’t ask for anything from other major brands, as it features an exquisite agave flavor combined with the best vanilla and oak. It also has a clean taste with a well-balanced cinnamon pepper fish with a slight burn. Undoubtedly, Tesla’s tequila is an excellent drink with a mildness that is best if it’s sipped neat. The finish has an extraordinary length, with little warmth and tasty notes that you can easily recognize in the first sip. 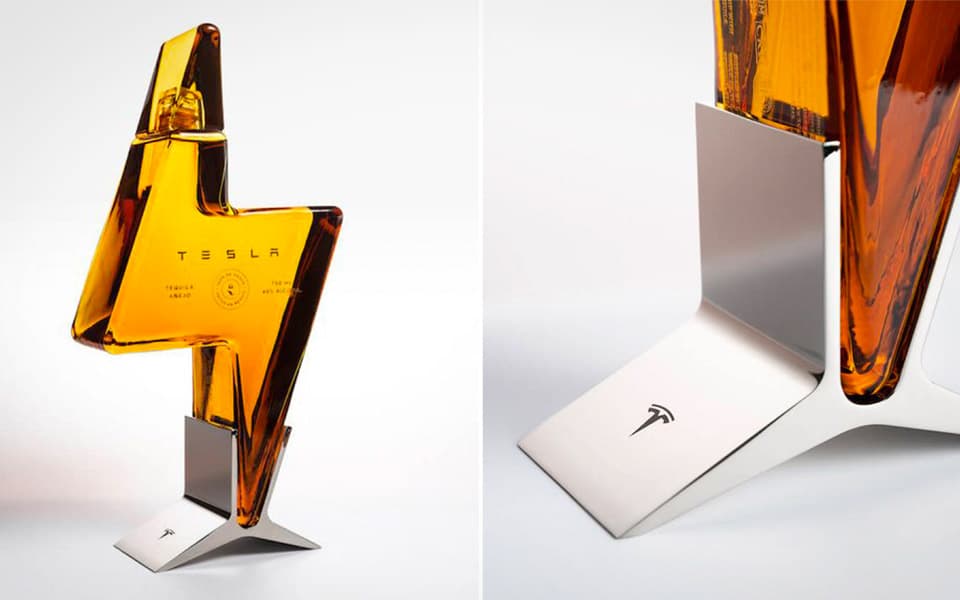 Although the unique flavor of Tesla tequila has been a massive success since its release, that’s not the most exciting thing about this drink. It turns out that the feature that captivates people is the presentation, which is a lightning-shaped bottle that measures 31 cm long and 15 wide. Everyone was impressed with this creative and innovative design when the bottle was first shown in 2020. It is said that this container is made from hand-blown glass and features a stand that allows it to be some kind of table’s center. Elon Musk’s brand new tequila comes in a 750 ml presentation and has around 40 percent of ABV, the usual alcohol average in which most tequilas are bottled.

Perhaps you’re wondering what inspired this design, and you’ll be surprised to discover it! Well, it was revealed that this tequila took its inspiration from the GPS maps of Tesla’s vehicles that show the location of the charging stations. A company spokesman later claimed it was complicated to manufacture because many providers told them that glass bottles with this shape would be tough to mass-produce. However, many people thought this wasn’t very practical as the bottle is already big, and the shape doesn’t help carry it on quickly. What bothered some enthusiasts is that there were even instructions included on the box on how to open this tequila; that’s why many users thought it was more of a collectible object.

Despite the drink’s success, Tesla Tequila’s creative team, which included Elon Musk, struggled to choose the perfect name for the new brand. At first, the entrepreneur wanted to name its product ‘’Teslaquila,’’ which, at first sight, it’s an excellent and original name that combines the words ‘’Tesla’’ and tequila.’’ Nevertheless, the problem arose because, according to the Mexican Tequila Regulatory Council (CRT), Teslaquila was close to the word tequila and can’t be registered as a brand due to the destination of origin.

In May 2018, one of Tesla’s legal representatives tried registering the brand ‘’Teslaquila’’ in Mexico, but he couldn’t due to this issue. However, in February 2019, the CRT filed an objection against the brand for registering a unique name that, although it was creative, didn’t comply with the regulations. After these legal disputes, Elon Musk stated that he just came up with a new variant, and ‘’Teslaquila’’ sounded excellent and funny. For some time, Elon and his team tried to appeal this judgment, but they couldn’t, so ‘’Tesla Tequila’’ remained, and a new tequila brand was born.

Let’s dig a bit into this company that has been in charge of many exciting projects over the last few years. Founded in 2003, Tesla is an American vehicle manufacturer with clean energy and headquarters in Austin, Texas. What differentiates Tesla from other companies is that they fabricate electric cars and trucks, solar panels and roof tiles, battery energy storage, and more products and services related to that field. When it was created, it was initially called ‘’Tesla Motors,’’ named after the incredible electrical engineer and inventor Nikola Tesla.

Some months after its inauguration, prominent businessman Elon Musk became the main shareholder, and in 2008, he was titled the company’s CEO. Since then, Elon has been in that position, implementing brilliant innovative ideas and projects to make Tesla thrive. According to him, the corporation’s main purpose is to create and improve more sustainable transportation through solar power and electric vehicles. To achieve this goal, Tesla launched its first vehicle model in 2009, the Roadster sports car, which was a massive success. Nowadays, this enterprise is one of the most valuable in the world for its innovative creations and a company value of US $840 billion.

Who is Elon Musk?

Elon Musk is a South African entrepreneur born on June 28, 1971, in Pretoria, South Africa. His mother was Canadian, and his father was South African, so he spent most of his childhood and youth in Africa. From an early age, Elon showed interest and talent in computing and technology, so when he was 12, he created a video game that a computer magazine later bought. However, Musk’s boyhood was difficult due to his parent’s divorce, bullying at school, and struggle to make social bonds caused by his Asperger’s Syndrome.

In 1988, right after he obtained his Canadian passport, Elon left South Africa because he didn’t want to comply with mandatory military service. Moreover, Musk revealed that he was seeking the best economic opportunities in the United States to start his business. Once he arrived in the US, he enrolled in the University of Pennsylvania to study a major in economics and physics. Among his other accomplishments, he can be proud of creating SpaceX, a major producer of space shifts and launch vehicles. Plus, he co-founded the electronic-payment firm Paypal, and more recently, he bought Twitter, the popular social media platform.

With the massive success following the release of this product, Elon Musk has made it clear that he can venture into any business without fear of failure. The Silicon Valley millionaire has proved that there’s nothing he can’t do! Although many people initially thought it was a joke, the Tesla Tequila was sold out as soon as it was launched. Of course, there are different opinions regarding this drink because it isn’t very cheap compared to other major brands, but the fantastic lighting-shaped bottle makes it unique. However, this tequila turned out to be an up-and-coming product, and hopefully, once it’s restocked, you can buy one to look amazing on your shelf.

The Fastest Porsche 912 – Powered by Tesla