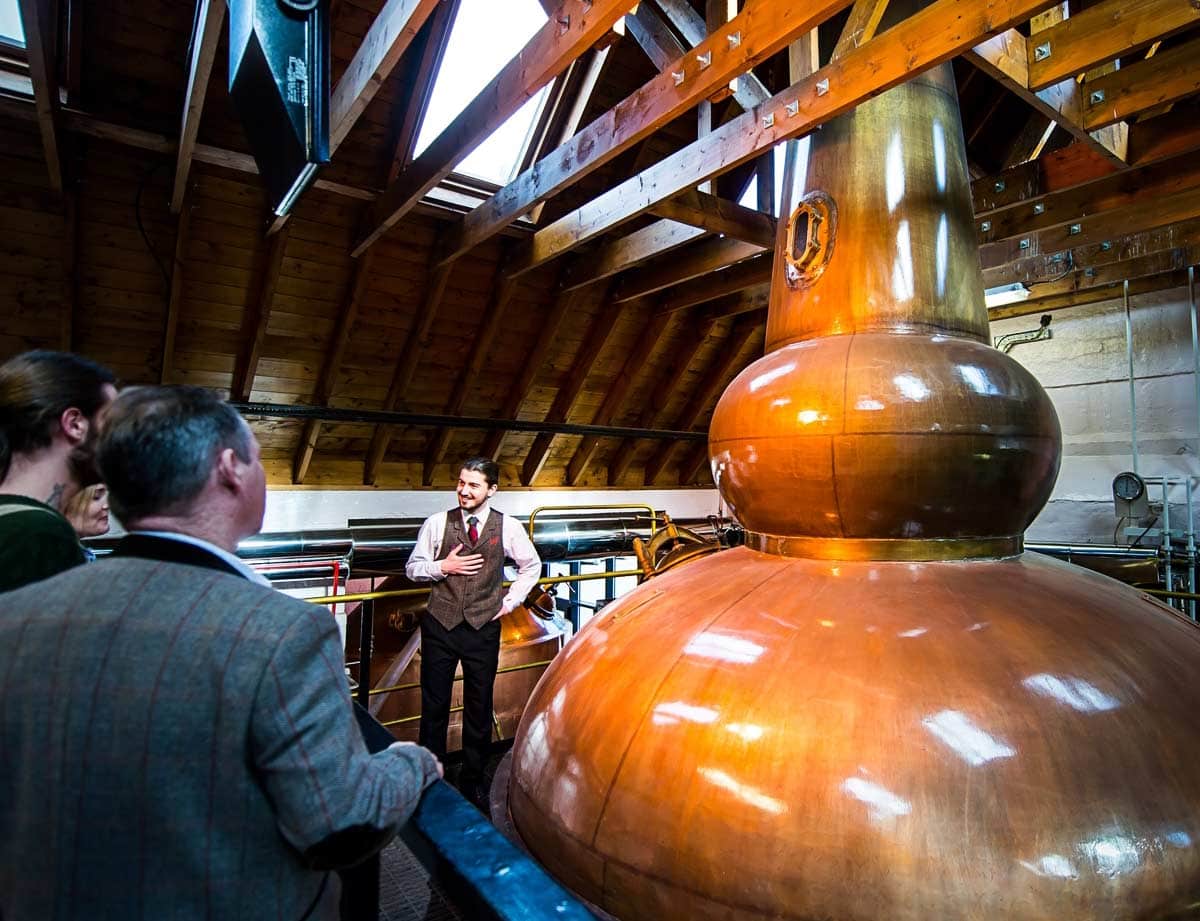 The Glenturret was established in 1775 and is said to be Scotland’s oldest whisky distillery still working. The fascinating story goes back to 1717 and includes illicit distilling, smugglers and traditional handcrafted single malt whisky. 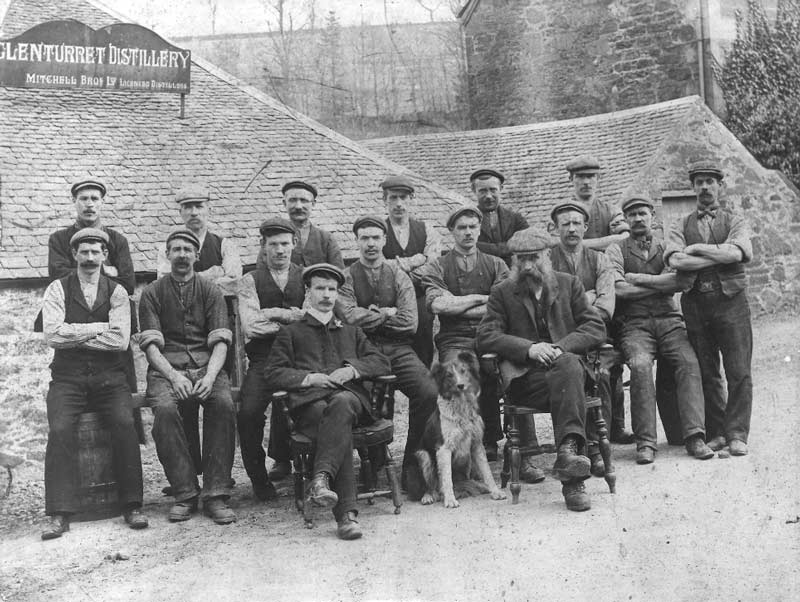 The history of Glenturret

Before the official establishment in 1775, the Glenturret distillery had been under the control of illicit distillers. The high hills on each side of the secluded location made perfect lookout points for smugglers and the water supply came from the nearby Loch Turret. At the time, the taxation laws were very complicated and in 1814, an act banning the use of stills less than 500 gallons was introduced. Up until then, farmers had used their excess grain for producing whisky and the new laws drove many honest people to smuggling as a way to survive.

Whisky vs. Whiskey – learn when to Use Which Spelling 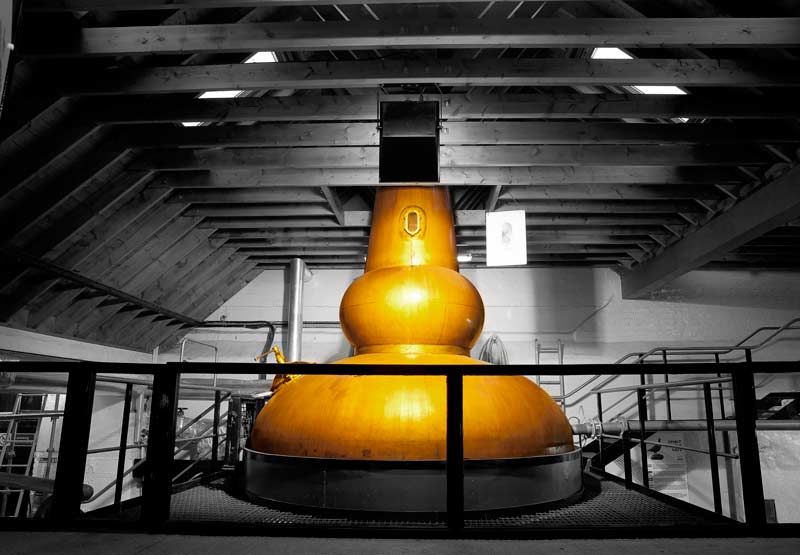 The distillery was first known as “Hosh” which means foot in gaelic. It was originally owned by the Drummond family but was taken over by John McCallum in 1845 who renamed it to Glenturret. Both the First World War and the great depression closed the distillery but in 1957, the whisky enthusiast James Fairlie reopened the production. His ambition was to make malt whisky in traditional fashion and to preserve the craft of distilling. The strategy worked and in 1981, Cointreau bought the company. It has later been passed on to Highland Distillers and the Glenturret is now home of “The famous Grouse Experience”.

The Glenturret is all about the authentic traditional Scottish whisky experience. Hundreds of years after the first bottle, the production is still made by hand and the pure water still comes from the Loch Turret. The water contributes much of the taste and character of the finished whisky which is why the purity and quality of the water is absolutely essential.

The Glenturret mash tun is the last remaining hand-operated mash tun of its kind in Scotland. Mashing is done by hand with a wooden rouser. This approach allows for greater control of the mash which in return allows for more sugars and more alcohol. Glenturret uses wash backs made from Douglas Fir and has a fermentation time of up to 100 hours. This long process helps to build the distinctive fruity characteristics of the whisky.

The stills are unique in shape and size and all kept in traditional handbeaten copper. The signature Glenturret distillation process is to run the stills very slow which helps to build a sweeter and lighter spirit. The stillmen use the skill and judgement built up over generations of experience to cut the spirit by eye using the hand operated spirit sample safe.

The Glenturret distillery has been home to a feline pest control from 1963 to 1987 who made it into the Guinness book of records. Towser, who was a long-haired tortoiseshell female, is estimated to have caught 28,899 mice which were laid out on the Still House floor each morning to be inspected by the stillman. Towser is commemorated by a bronze statue at the visitor’s centre and her paw prints have also decorated the label of Fairlie’s light Highland Liqueur.

As the final step, the ‘hearth of the run’ is pumped from the still house to the filling store. Here, the strength of the new make spirit is reduced by adding more water from the Loch Turret before being hand filled into oak casks. The casks are stowed in the Glenturret warehouse and left undisturbed until it has matured to perfection

The Glenturret experience and best bottles

Glenturret offers a range of both standard and rare bottles. The core range was released in 2015 and comprises three editions that are described as rich, sweet and smoky. In addition to this, they offer a 12 year old Particular, a 28-year-old Signatory and a 34-year-old Scotia Royale. If you’re lucky- and have a bit higher whisky budget – you can also get your hands on anniversary editions as well as rare and vintage bottles. Next to consider would be finding the perfect whisky glass! 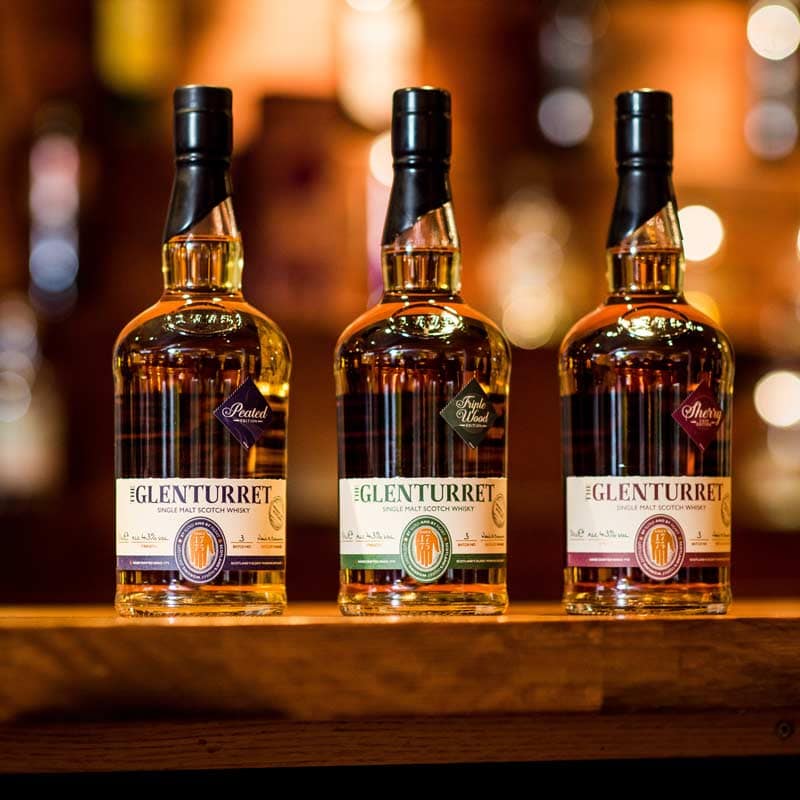 For the full Glenturret experience, we recommend visiting the distillery