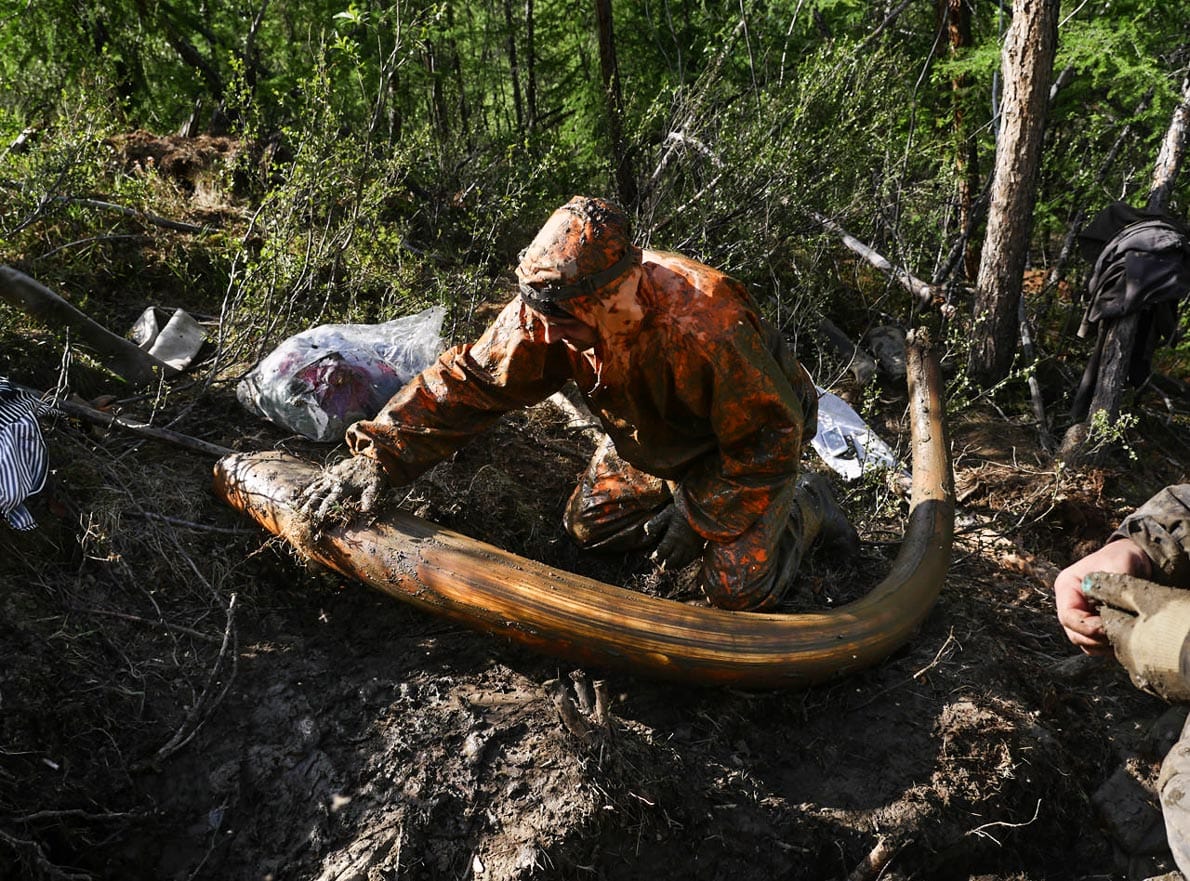 Sale of Siberian elephant tusks is under close scrutiny and has made Ivory of the extinct woolly mammoth extremely popular in China. A new kind of “gold rush” is now happening in Russia where a fresh breed of miners “the tusker” is trying to create a fortune in some of the poorest villages of Siberia. This is the story of the hunt for Siberia’s white gold.

The lust for ivory

In China and Hong Kong, ivory is seen as a precious material used in ornaments and jewelry – and even in traditional Chinese medicine. Therefore, some Chinese people think that owning ivory makes them look more successful and that it will bring them good luck.

It is estimated that up to 30,000 African elephants die every year because they are hunted for ivory. Selling ivory has been banned worldwide since 1989.

Siberias’ elephant tusks known as the white gold of Siberia

The permafrost is a sheet of ice just beneath the surface and exists across the entire Yakutia region in Siberia. In warm soil, bones would rot away within a decade but locked into the permafrost, tusks and bones can survive tens of thousands.

With converted engines from Soviet-era Buran snowmobiles, water pumps are made for excavating bones and animal remains. Some tuskers bore deep tunnels underground and others carve enormous caverns under the frozen ground or gouge out entire hillsides.

Have you read: Japan’s ghost island of Hashima

Photographer Amos Chapple gained exclusive access to a site in Russia where illegal new methods are used for hunting the remains of Siberia’s lost giants. Check out his story and the beautiful pictures.

Steen Hansenhttps://www.oldnewsclub.com
Steen Hansen has always been into vintage, retro, architecture, gadgets and especially everything with an engine! With more than 11 years as Art Director on danish car magazines, test driver and continuously been pushing boundaries on the race track himself.
Facebook
Twitter
Pinterest
WhatsApp
Linkedin
ReddIt

Breitenbach Landscape Hotel – A Room With a View in Alsace