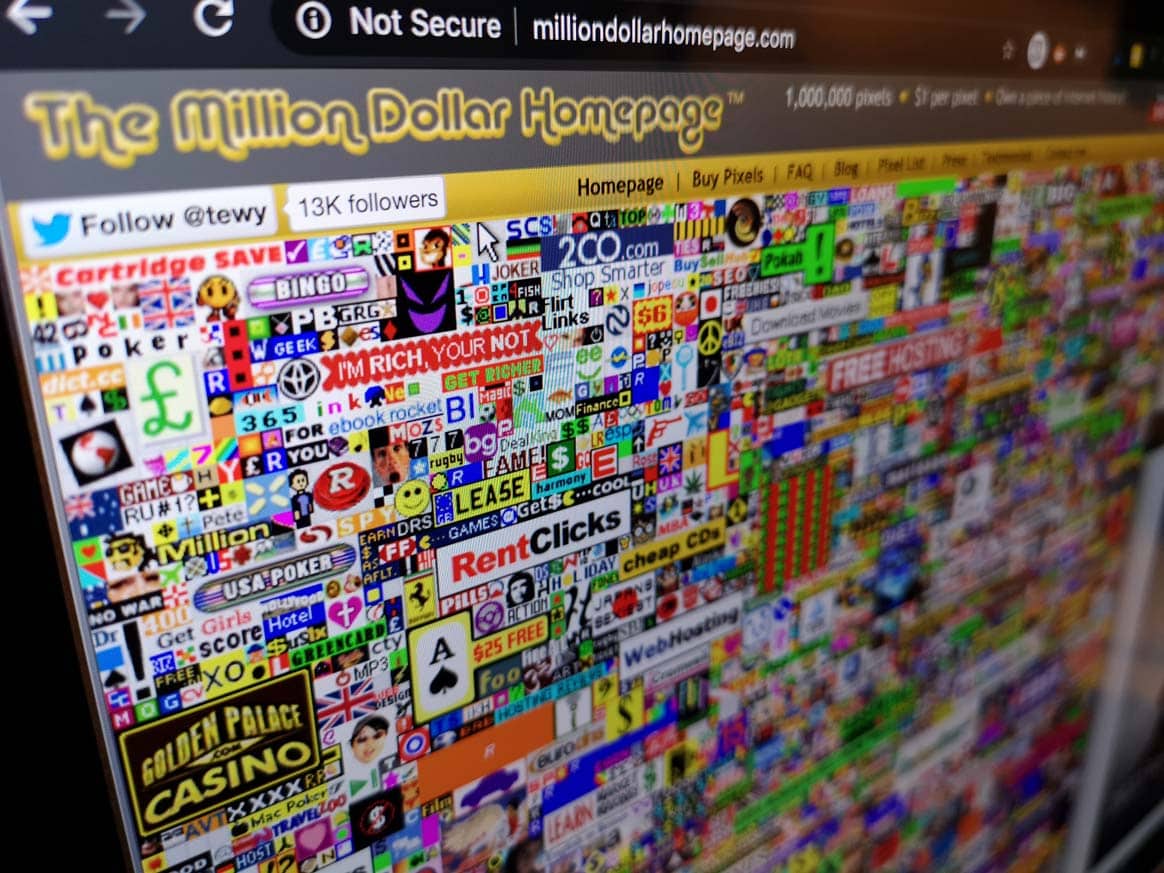 The Million Dollar Homepage: Owning a Piece of Internet History

In 2005, a 21-year-old entrepreneur got an idea for raising money to get him through university. Alex Tew sold 1 million pixels of internet ad space for $1 each and built the Million Dollar Homepage…and the rest is history.

The Million Dollar homepage: owning a piece of Internet history

Alex Tew, a Business Management student from Wiltshire, England, got the idea for the Million Dollar Homepage as a way to raise money for his education. He spent €50 on registering the domain and setting up hosting. The homepage was designed to have a web banner in the top with the site’s name and a pixel counter to display the number of pixels sold. The empty grid of 1,000,000 pixels was divided into 10,000 100-pixel blocks, simply because a single pixel would be too small. Purchasing a block with the minimum price tag of $100 meant you would be able to display a small image, add a URL to which the image is linked and a slogan to be displayed when hovering the cursor over the link. 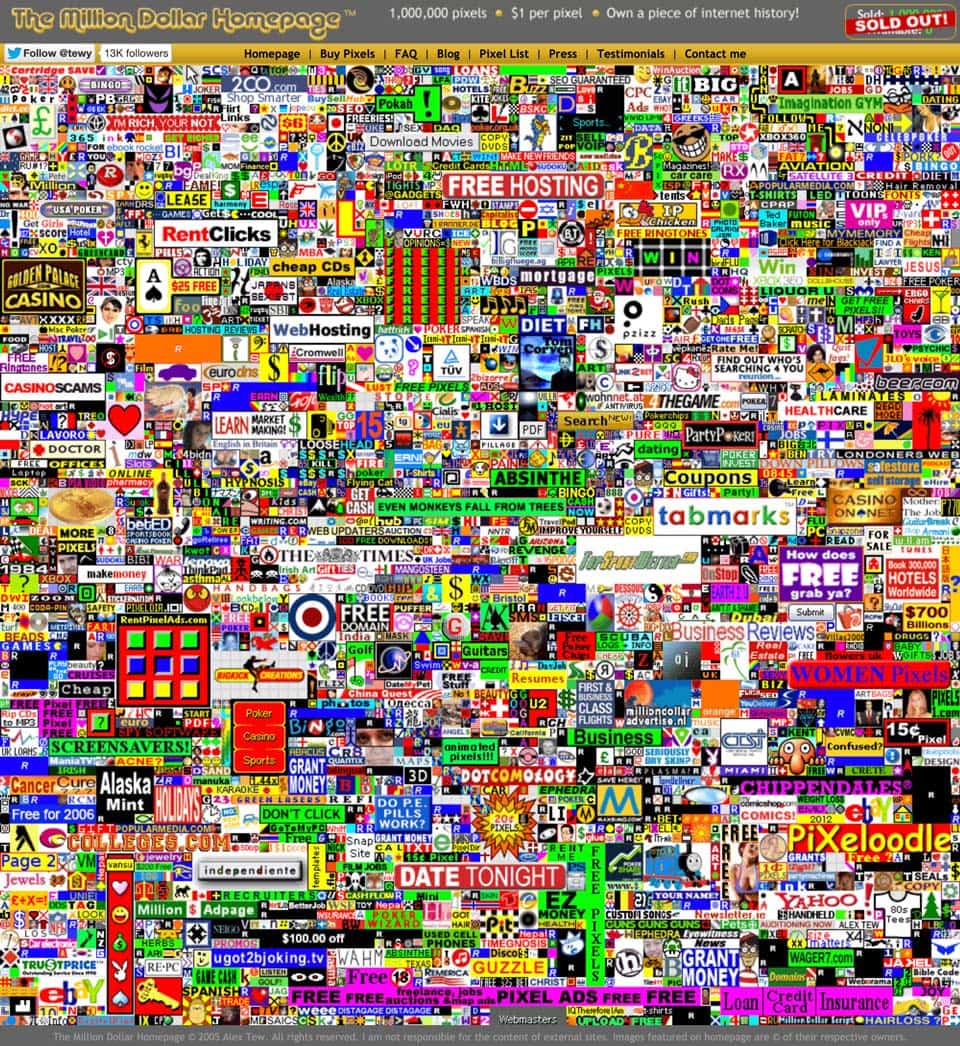 “My thinking was I had nothing to lose (apart from the 50 Euros or so it cost to register the domain and set up the hosting). I knew that the idea was quirky enough to create interest … The Internet is a very powerful medium.”

The Million Dollar Homepage was launched on 26 August 2005. The first buyers were friends and family of Alex Tew and marketing was only done via word of mouth. It was a press release picked up by BBC that really kicked off the sales, and just two months later, the page had 100,000 unique visitors a day and more than half of the pixels had been sold to 1,400 customers. In January 2006, Alex Tew decided to auction off the last 1,000 pixels via eBay and despite some not serious bidders, the winning bid of $38,100 brought the final total to $1,037,100! Alex Tew’s expected net income is estimated to $650,000-700,000.

Do you know how much the entire internet weighs?

Just three days before the end of the eBay auction, Alex Tew was contacted by “The Dark Group” who wanted a $5,000 ransom for not launching a distributed denial-of-service attack (DDoS). After having ignored their e-mails, the Million Doller homepage was flooded with traffic causing it to crash. It took a week to get the site up and running again and the vicious attach was believed to originate from Russia.

Competition and survival of the Million Dollar Homepage

Many people have tried to copy the original idea, but nothing has beaten the Million Dollar Homepage that still exists today. Initially, Alex Tew promised to keep the site open for at least five years until August 2010, but the main page is still available even though approximately 40% of the site’s links suffer from link death (a hyperlink on a website that points to a homepage that has been deleted or moved).

Webster Auto Sales: How To Choose Your First Car