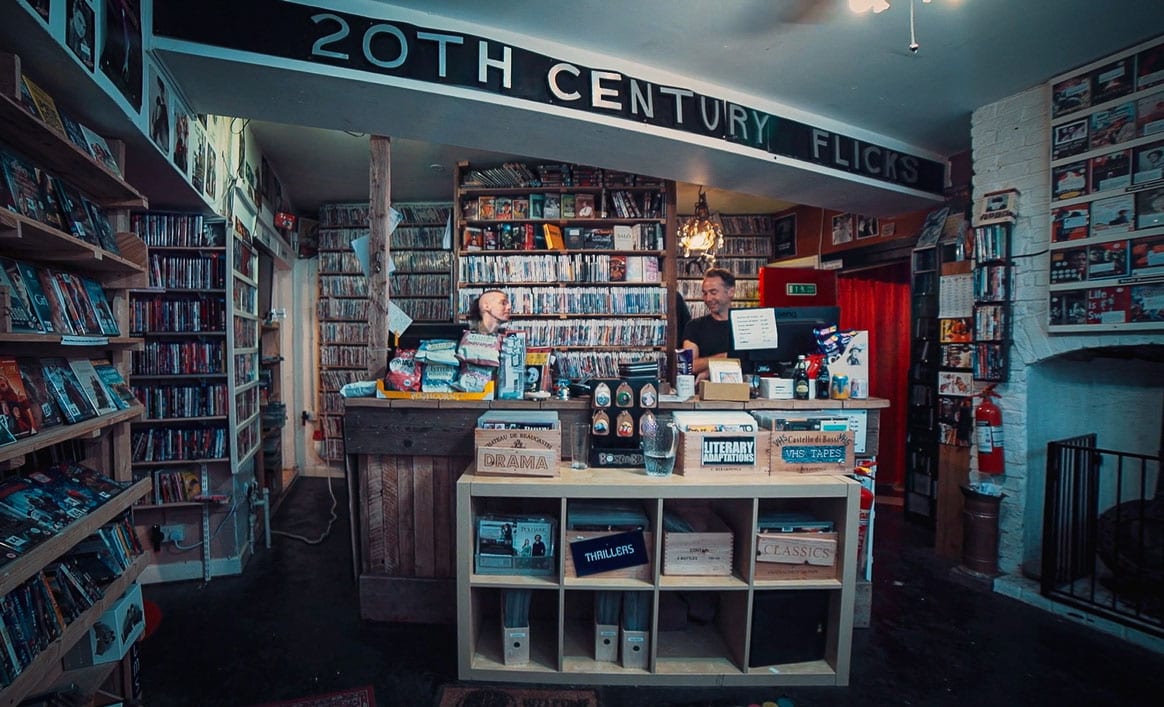 20th Century Flicks is the oldest video store in the world still in business. They’ve been renting out movies continuously since 1982 and have to this date (24th February 2020) five times more movies than Netflix with a blistering 20,000+ collection of goodies.

Bristol, England based 20th Century Flicks have survived the fall of huge video rental shops like Blockbuster. Current Co-Owner David Taylor is confident that one of the reasons why they managed to survive is because of staying true to a small niche. But it hasn’t been easy!

Having their own tiny in-house cinema ensures somewhat of a unique club feeling and via social media, their website and reputation, they do have loyal fans enjoying the escape from online streaming, overwhelming information, ads, likes and shares.

“It’s amazing to me that a little independent video store can survive the Netflix cull and even outlive Blockbuster. Drop into the shop next time you’re in Bristol for a dose of movie nostalgia, have a chat about film and go home with a VHS rarity and a bag of popcorn.”
– Film Director, Arthur Cauty

Note: The first business to rent out copies of movies was opened by Eckhard Baum in Kassel, Germany in the summer of 1975.