The rebirth of the 1950’s Ferrari Monza

Ferrari introduced a pair of new Monza supercars in 2018, featuring a Barchetta-style throwback to the legendary Ferrari Monza race cars of the 1950s.

When Ferrari decided to dip into the past for a new model, there was no question about the result being anything less than amazing. 62 years after the Ferrari Monza series 625LM was built by Maranello, two new editions of the Monza were made – the single-seater SP1 and two-seater SP2. 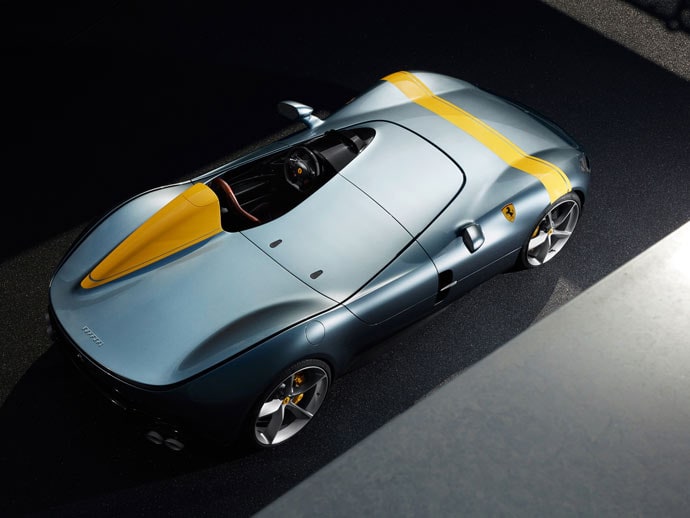 Both were built in the ‘Barchetta’ style used by Ferrari in the late 1940s and early 1950s, which also includes the well-known 166MM, which won the Mille Miglia twice in addition to victory at the 1949 24 Hours of Le Mans.

While the old race cars mostly featured small, inline-four engines, these new Monzas feature a 6.5-liter V12. The exact same base engine found in the Ferrari 812 Superfast with which it shares much of its running gear, but tuned up to a stunning 810bhp, giving the Monza a 0-62mph time of only 2.9 seconds. 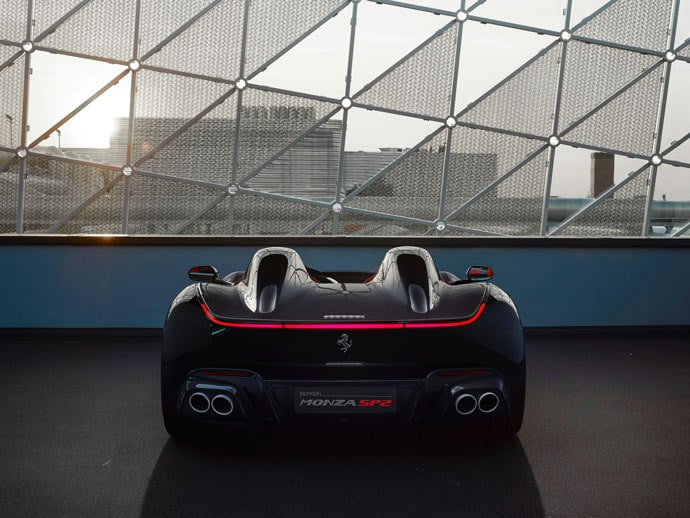 A lack of windscreen and the 812’s carbon fiber bodyshell helps with the lightweight trademark that Barchetta’s is known for weighing in at just 3,306 pounds. And no need for 1950s-style goggles and warm leather driving gloves because of a clever aerodynamic interior/exterior design to accompany the 1950s rebirth.

The Guardian reports that all 500 cars were sold within a few months!

The Official presentation of the Ferrari Monza SP1 & SP2