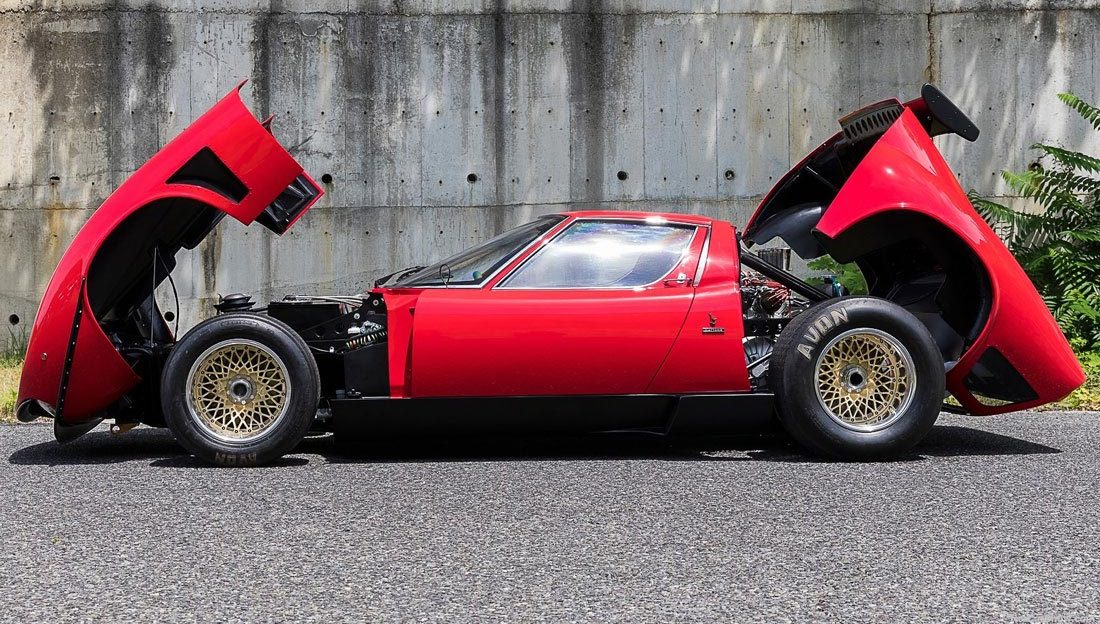 Resurrection of the world’s only Lamborghini Miura SVR

The Lamborghini Miura SVR is one of the most beautiful cars ever built. The dynamic design plays an important role in transforming Lamborghini from producing tractors to developing supercars. This is the story about how only one of the Miura S models became the ultra-rare SVR: a car with a remarkable story and celebrity status in Japan.

The development of the Lamborghini Miura SVR

The SVR began as one of 763 Lamborghini Miuras built by the factory between 1966 and 1972. The specific car with chassis number #3781, engine number #2511 and body number #383 was originally a Miura S built-in 1968 and displayed at the Turin Motor Show. After being bought by a German enthusiast in 1974, the car was sent to the Lamborghini factory with a rebuild request that would challenge the supercar manufacturer and take 18-months to complete…

The request from the new German owner was to turn the car into something resembling the famous Miura Jota which was sadly lost in a crash. Lamborghini had, however, ended the Miura production the year before and refused to build a replacement of the wrecked supercar. Instead, the owner started to source the needed parts himself. The new parts included brakes from a Porsche 917, Koni suspension components, massive three-piece BBS wheels and a ton of other high-performance items. Finally, he also brought a wish list…and plenty of cash. The result was the world’s only Miura SVR with a dry-sump V12 engine providing well over 400 horsepower.

The history and resurrection of car #3781

A couple of years later in 1976, the car was sold and made its way to Japan. The SVR caused quite a sensation and became an actual hero car featured in many manga comics and serving as a basis for toymaker Kyosho’s model car line.

40 years later, the car arrived in pieces at the Lamborghini in-house restoration department, Polo Storico, and a 19-month restoration process began to bring the car back to its former glory. The project required the restoration team to use a new approach as the original production sheet wasn’t much help.

The finished SVR only has a few differences compared to the original 1974-edition: new 4-point safety belts, improved racing seats and a removable roll bar. All modifications were requested by the current owner to improve safety for race track driving.

Based at the company’s HQ in Sant’Agata Bolognese, Lamborghini Polo Storico is the specialized unit dedicated to the restoration and certification of Lamborghini models that have been out of production for at least ten years. The division is also in charge of preserving archives and records, and of managing the supply of original spare parts for classic cars.

Lamborghini is committed to producing original spare parts for their classic cars, with components covering over 65% of the fleet of classic models and with an increasing number of parts reintroduced year after year for a wide range of vehicles, from the 350 GT to the Diablo.

Swapping A Replica Lamborghini Aventador With The Real Deal Overnight

Did you know about the Lamborghini Countach Turbo?