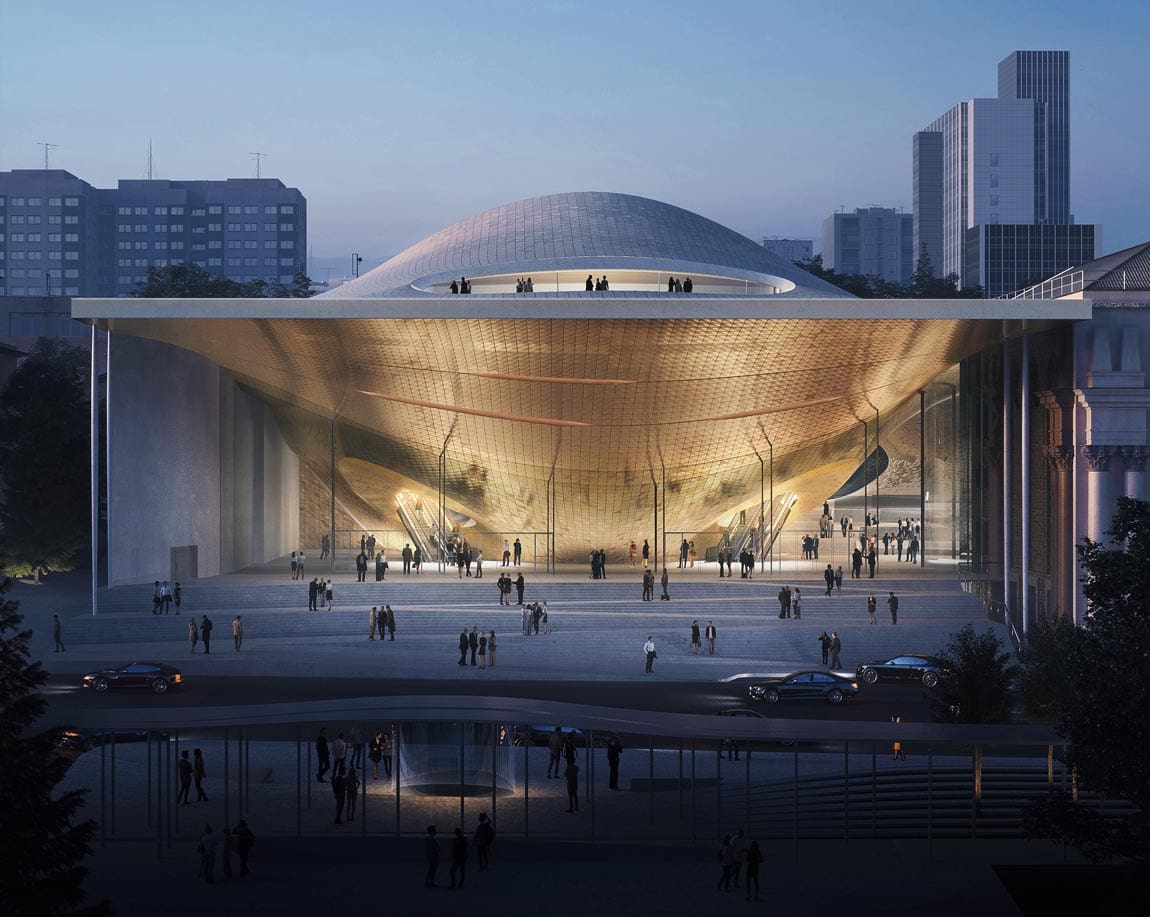 The design of the ‘sound wave’ concert hall is based on the properties of musical sound resonance creating wave vibrations on a continuous smooth surface. The result is amazing, and we can’t wait to see the finished result. 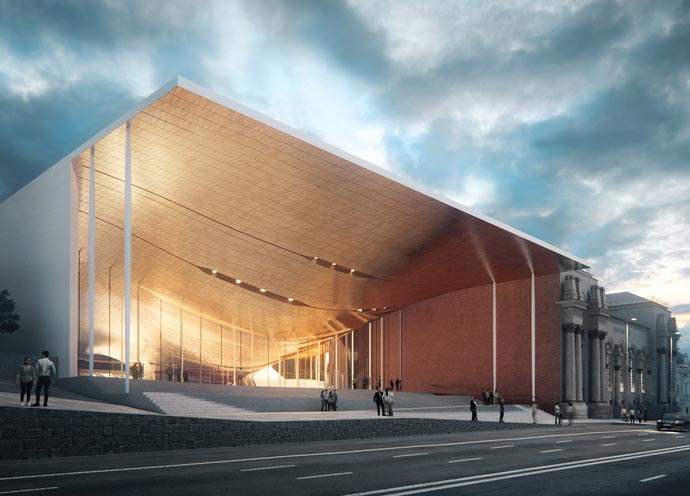 Concert halls are often grand buildings with architectural characteristics and details from the time of construction. Many of the old buildings are known around the world like the Royal Albert Hall in London and the Carnegie Hall in New York. For the new philharmonic concert hall in Yekaterinburg, Russia a design competition was held for the creation of a unique philharmonic complex that meets international requirements for staging world-class musical events. The current Sverdlovsk Philharmonic building dates back to 1936 but with the increasing popularity of the Ural Philharmonic Orchestra it was time for a new venue for the orchestra as well as a new public plaza for the people of the city.

Zaha Hadid Architects (founded by the late Zaha Hadid), entered the competition with their design proposal for a 1,600-seat concert hall and a 400-seat chamber music hall. The sound-wave inspired concept also includes a suspended canopy, appearing to float above the new civic plaza that is both the lobby of the philharmonic concert hall and an enclosed urban square. The 21st century addition will complement the existing ensemble and include the preservation and renovation of the current concert hall.

“Zaha Hadid Architects was selected ahead of 46 other international teams.” 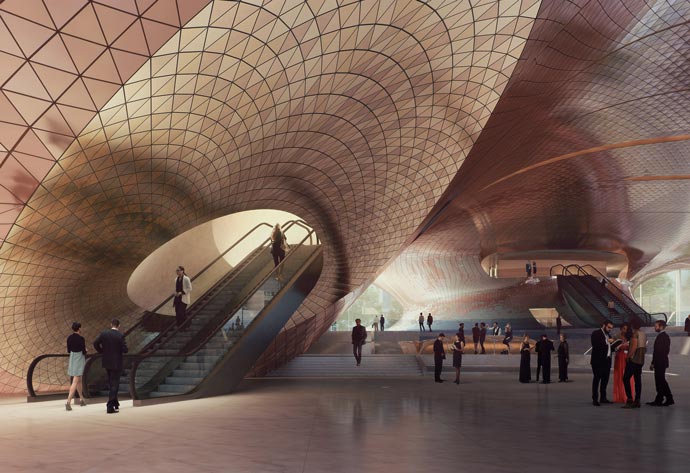 Christos Passas, Project Director at Zaha Hadid Architects, said: “Russia has been a formative influence on Zaha Hadid Architects’ creative work. From very early in her career, Zaha was attracted to the Russian avantgarde who conceived civic spaces as urban condensers that catalyse a public realm of activity to enrich creativity and community; allowing space itself to enhance our understanding and well-being. These principles are embedded within the design of the new Sverdlovsk Philharmonic Concert Hall”. Dmitry Liss, Artistic Director and Principal Conductor of the Ural Philharmonic Orchestra and member of the design competition jury said: “For musicians, this new hall is crucial. It will be a musical instrument that brings the sound to life”.