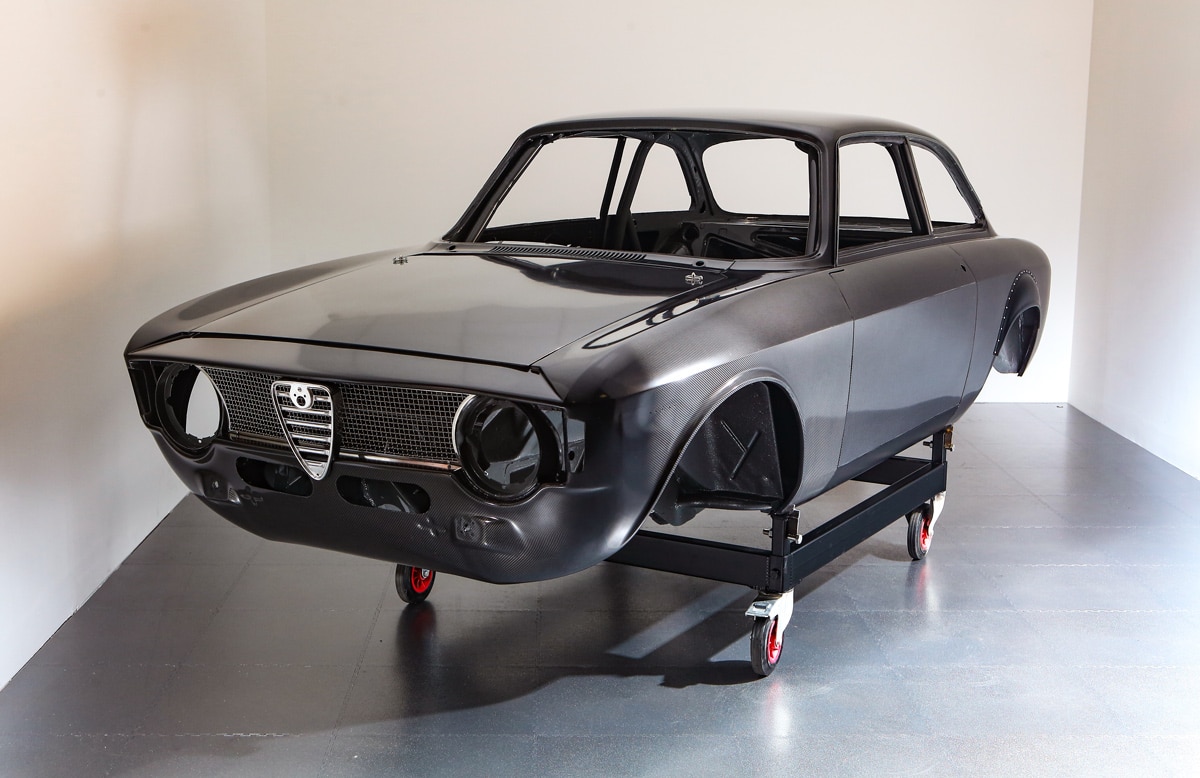 In the 1960s a new trend emerged in Alfa Romeo’s racing division, Autodelta. Famous team boss and chief engineer, Carlo Chiti, realized that something extraordinary had to be done to make the new Giulia more competitive on the racetracks, as unpleasant British competitors emerged in the form of the Ford Lotus Cortina and the Mini Cooper S 1275.

First, Autodelta tried with a lightweight version of the Giulia Berlina under the name Giulia TI Super. It was 100 kg lighter than the regular Giulia TI.

“Carlo Chiti had to come up with a more radical plan, resulting in the GTA with its lightweight aluminum body”

Unfortunately, it wasn’t enough to match the Lotus Cortinas. Instead, Carlo Chiti had to come up with a new and more radical plan: fiddling with the rear seats and the headlining of the Bertone coupé made it possible to get it homologated as a touring car!

On top of that, Carlo Chiti & co. engineered an aluminum body with various refined details – e.g. the beautiful Campagnolo cast lightweight wheels and the tiny door handles, which altogether meant that the car under its special and extremely well-sounding new name, Giulia Sprint GTA Corsa, could be homologated for circuit racing at 765 kg – exactly the same as the Lotus Cortina!

As all Alfisti know, Carlo Chiti’s plan was a success. And the GTAs, almost always optimally prepared by Autodelta, became winning race cars all over the world in the 60s and early 70s, both in the 1600 and 1300 touring car classes – and under the designation 1750 GTAm, in the 2-liter class. A few of the GTA Corsas that Autodelta entered with themselves also had parts of the floor pan made of aluminum.

The regular GTA Corsas did not. They had the same steel floor as the regular Bertones. It was only through the use of a specially designed roll cage that stiffened the body, wheels and floorpan that the extreme Autodelta all-aluminium GTAs were made strong enough for racing. That is…almost. Because unfortunately, the bodies of aluminum got tired and twisted pretty quickly.

Alfaholics has very often been inspired by Autodelta in the components they have developed for their optimized Series 105 and 115 cars, while also using the latest technology and finest materials to get the very best results.

In 2017, the first made carbon fiber doors, bonnet and boot lid were fitted to their famous Bertone coupé, GTA-R 290 with registration number SBP 699E.

It seems that a Bertone coupé with carbon fiber doors, bonnet, boot lid and dashboard is still not light enough – neither for Alfaholics nor for their most hardcore customers! To take it to the next level, they have now unveiled a full carbon fiber Alfa Romeo Bertone named GTA-R 300.

The bottom of the car remains a good old – thoroughly renovated – steel Bertone. That includes the floor pan, the inner front and rear steel wheel arches, the inner rear side panels and the rear bulkhead including the rear shelf, the front cross member, the front bulkhead and the instrument console. And this, by the way, allows the car to retain its original chassis number!

That said, everything else is executed in carbon fiber of the highest quality and finish. In addition to the bonnet, the boot lid, the doors and the dashboard, the outer front wings, the outer side panels, the outer roof posts, the roof panel, the front and rear window frames etc., are all in the most exquisite carbon fiber. 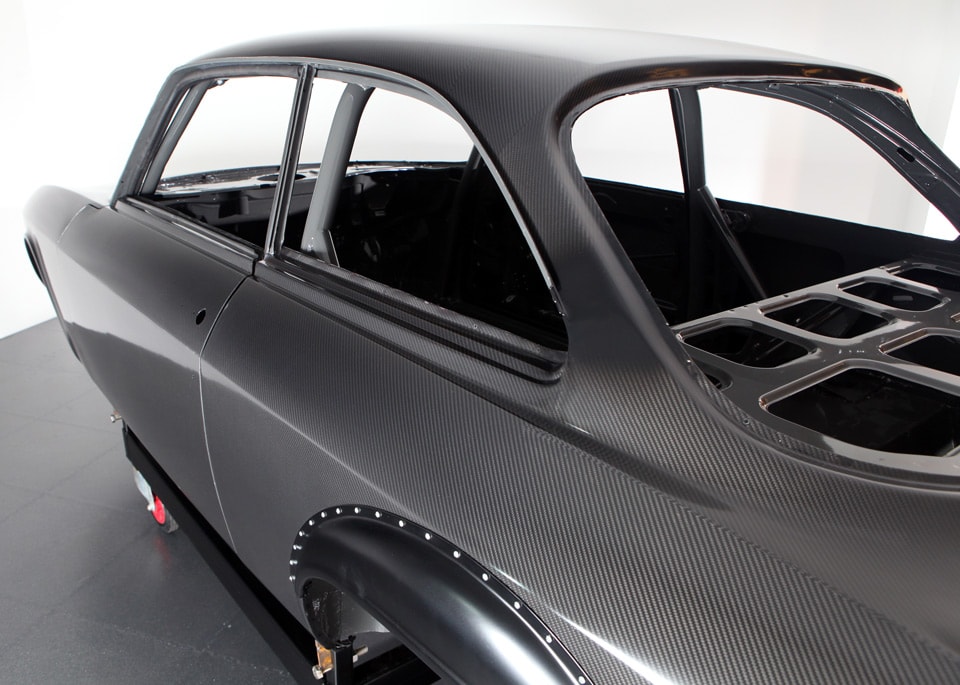 A large part of the components appears to be joined and baked together to achieve the greatest possible strength and the most beautiful appearance. As usual for Alfaholics, execution is absolutely perfect – down to the smallest details. Even the characteristic small bulges where the bumpers would have been placed are carried over onto the carbon fiber version because these details help to enhance the impression of a genuine, raw Bertone.

Compared to a classic steel Bertone body the weight saving is as much as 70 kg. Compared to the GTA-R 290 with carbon fiber bonnet, rear lid and doors, the weight loss is 38 kg. This means, that the new full carbon fiber version will come down to a dry weight of only 742 kg. With more than 230 hp from the 2.3-liter Twin Spark engine, it will give a power/weight ratio of 3.2 kg per hp – or as Alfaholics puts it: more than 300 hp per tonne. This is why Alfaholics has already named their new project: Alfaholics GTA-R 300.

It will be interesting to follow the assembly work and to see the finished car. And it will be at least as interesting to hear what the cost of the carbon fiber body will be. No doubt that it will be… expensive! Last but not least, we hope that Alfaholics will take the new GTA-R 300 to the Nürburgring racing track to see just how fast it is compared to the GTA-R 290. The target must be a lap time of well under eight minutes.

Alfaholics also sent us these images. Looks like the finished car will be in a beautiful dark greenish color with exposed carbon fiber here and there. Check out the images below.

Are you restoring any classic cars yourself?

Check out our best-recommended gauges and classic steering wheels for your vintage ride. 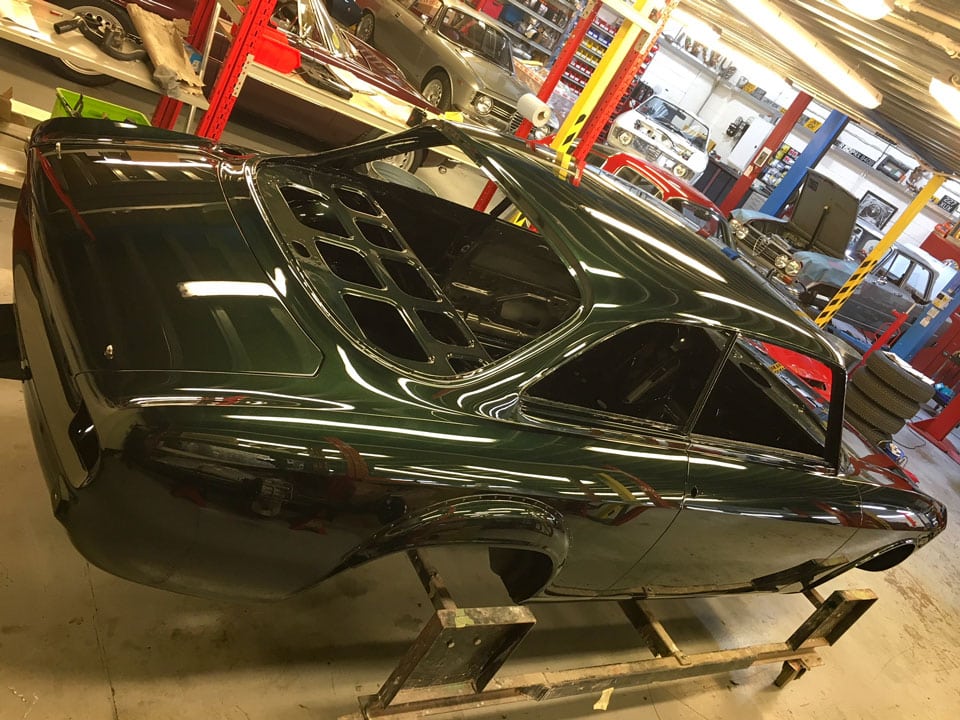 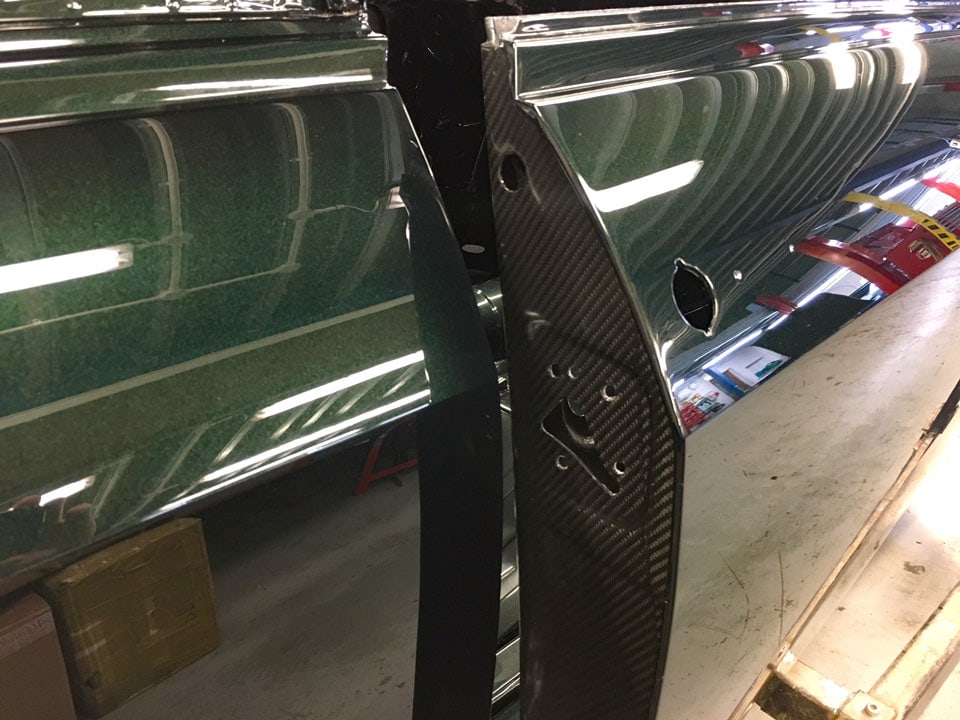 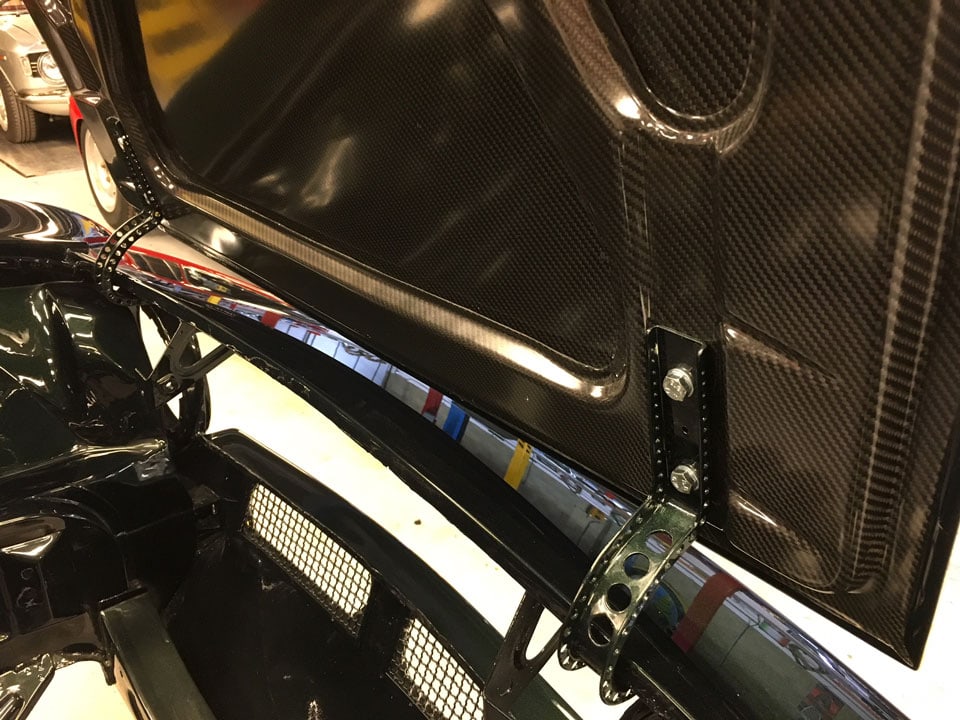 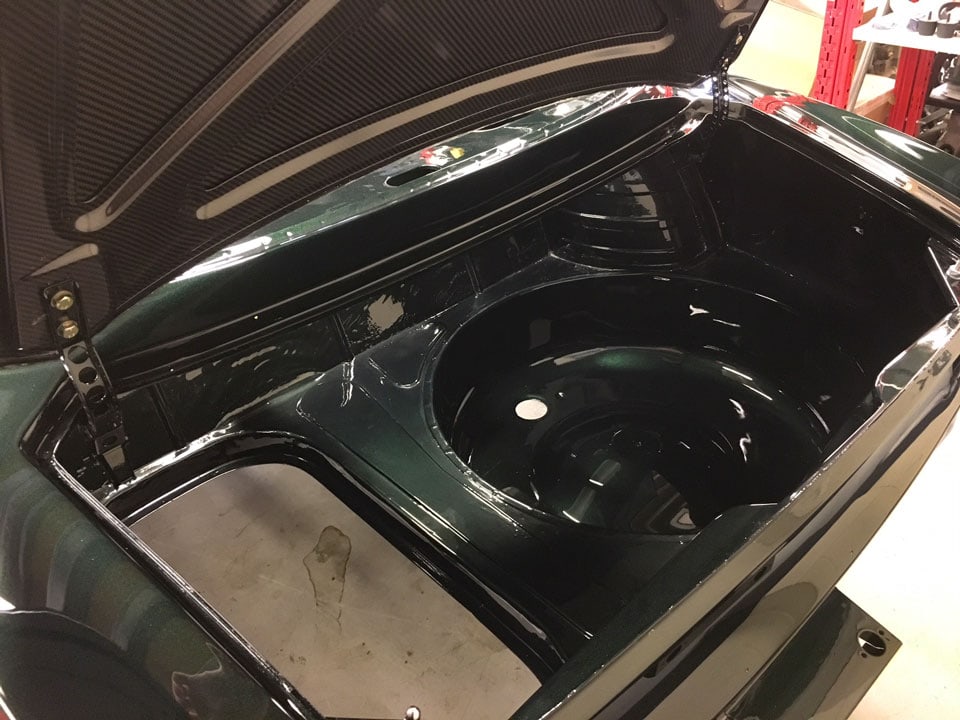