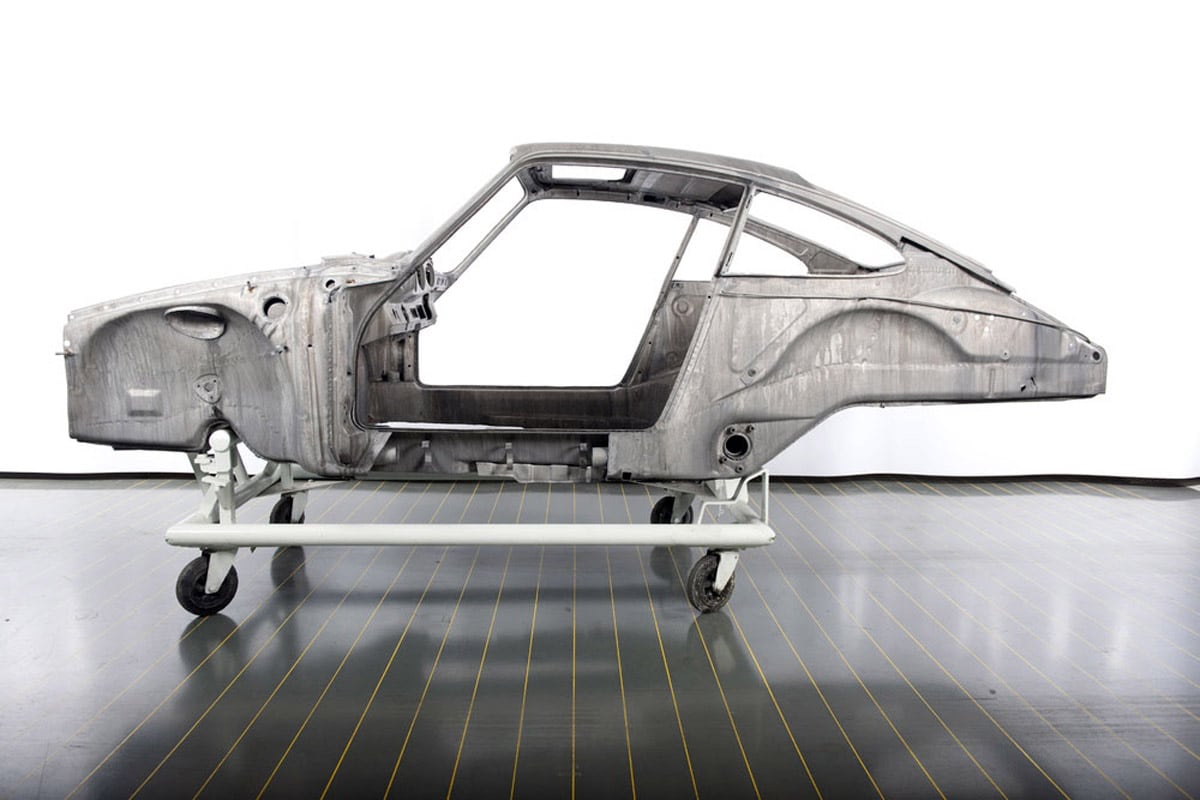 In The Grey Barn workshop in Oxfordshire, England, Theon Design is recreating and restoring air cooled Porsche 911s to the highest possible standards. Take a look inside the barn and discover why Theon Design wants to be the best! 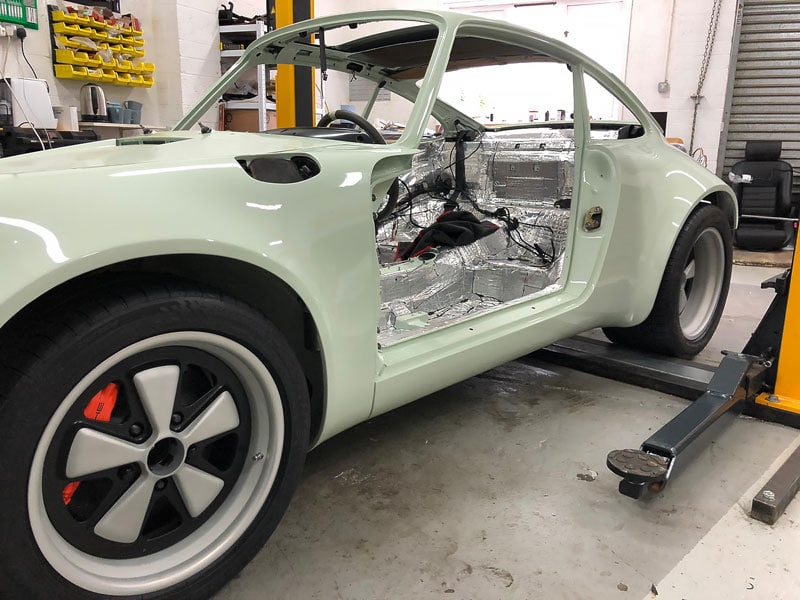 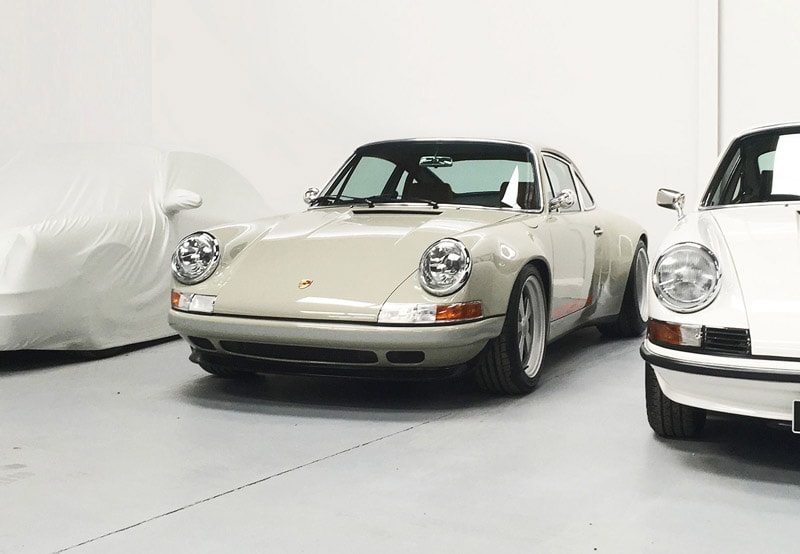 Theon Design is a young family run business that opened their workshop doors in November 2017 in Deddington, North Oxfordshire in England. The ambition is simple but extremely bold: they want to show the world that they can raise the bar when it comes to restoring and modifying Porsche 911. It’s not an easy task and in recent years, the competition has increased massively! 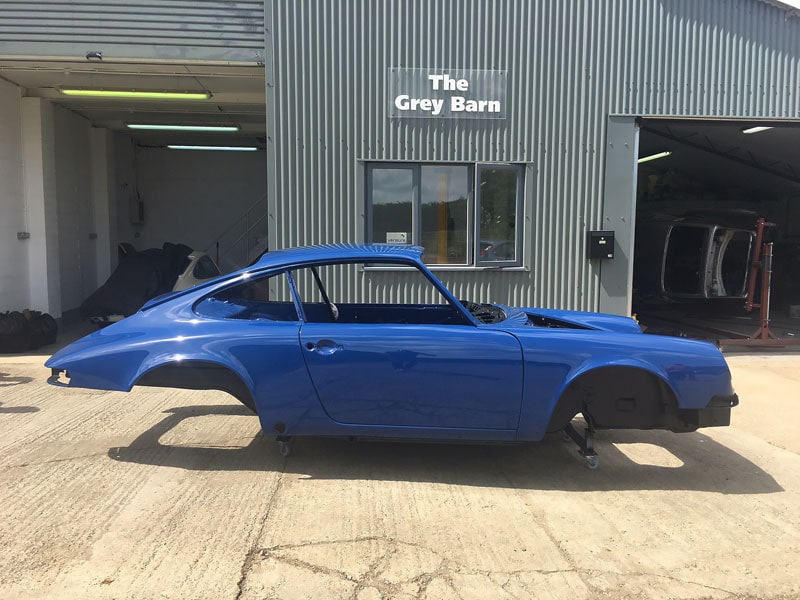 Ambition to be the best

Director of Theon Design Adam Hawley is an experienced car designer who has worked on prestigious car brands across the globe. Having always been a huge Porsche fan, he designed his first Porsche in 2014 and outsourced the build. After receiving phenomenal feedback on the “restomod” he found his own specialist technicians and started building cars with impeccable attention to detail.

Adam Hawley has a unique design process where each component is digitized and then modelled in 3D to ensure a perfect fit and finish with much tighter tolerances than the original design. 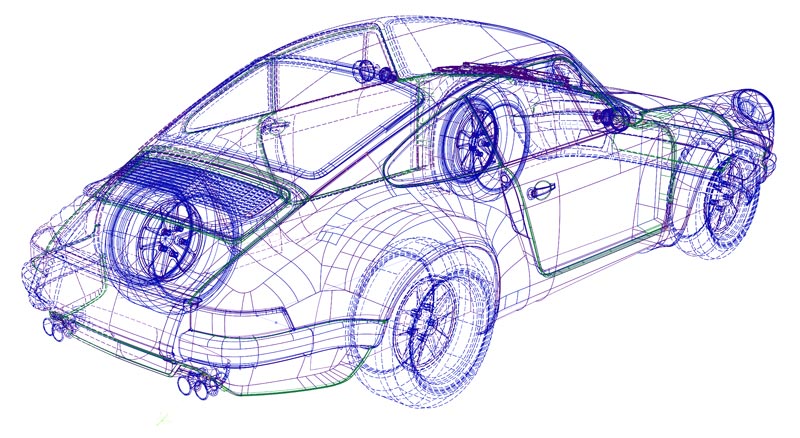 His first Theon Design Porsche prototype was featured in an episode of “Lovecars” with Tiff Needell in 2018.

Theon Design offers both classic Porsche restorations and the so-called “Recreations”. A restoration means fully restoring a car and turning the vehicle back to the original specifications in mint condition – whereas a “recreation” is the term used for restomodding projects where cars also undergo modifications. 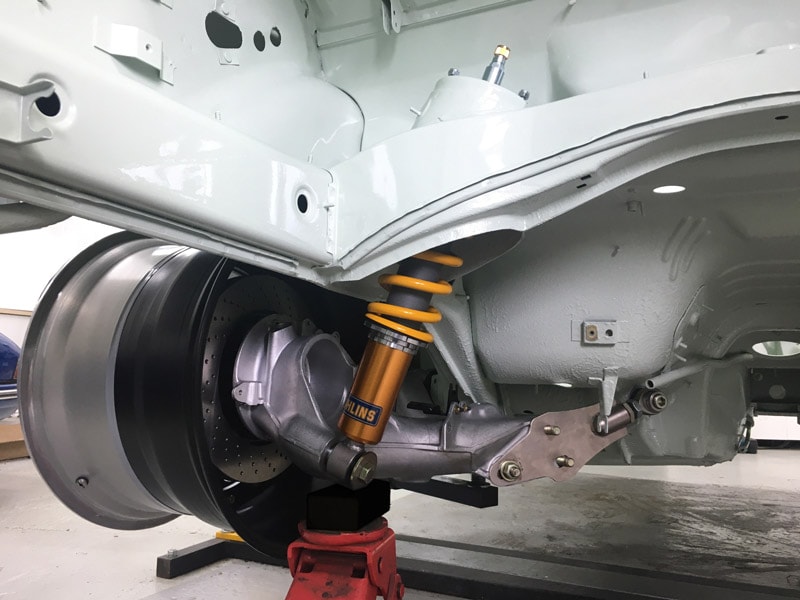 The expression ‘restomodding’ or simply ‘restmod’ means restoring with modifications – mixing old and new in a way to get the best of two worlds. It’s a relatively new phenomenon but restomodding Porsches has skyrocketed in recent years with popular front figures like Magnus Walker promoting the concept of Outlaws. Theon Design uses the term ‘recreations’ for their modified vehicles where customers can decide exactly how they would like their car to be set-up. The engine is based on the Porsche 964 and can be ordered in 3.6 – 4.0-liter editions with or without supercharging. 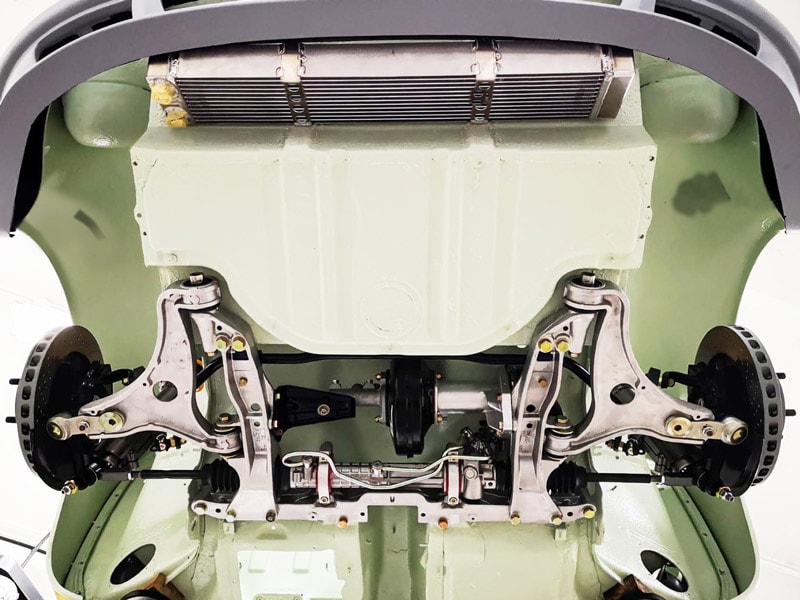 In 2019, Theon will launch their first complete recreation; stay tuned as we are in close contact with Theon Design and will feature this masterpiece as soon as possible! 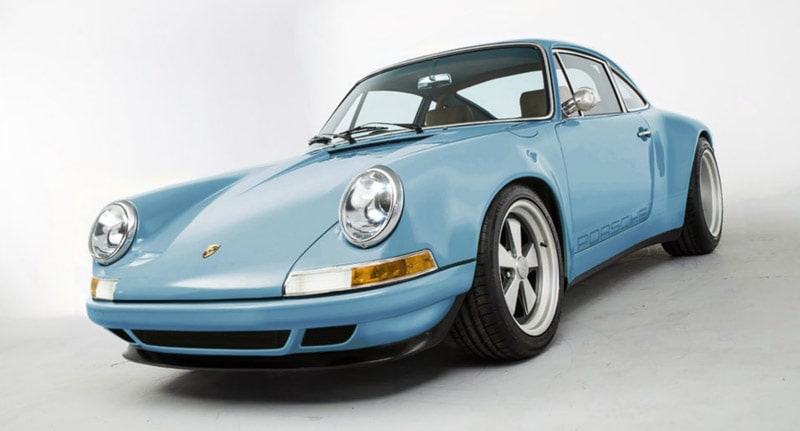 For restoration projects, the vehicles undergo a three-step process starting with a complete strip-down and inspection of all components in order to determine which parts can be restored and which need replacement. The bodywork and shell are treated and primed to prevent rust and all components are finished in the exact original standard as when the car left the factory. Finally, the car is rebuilt to its former glory with an extensive test to ensure perfect performance. 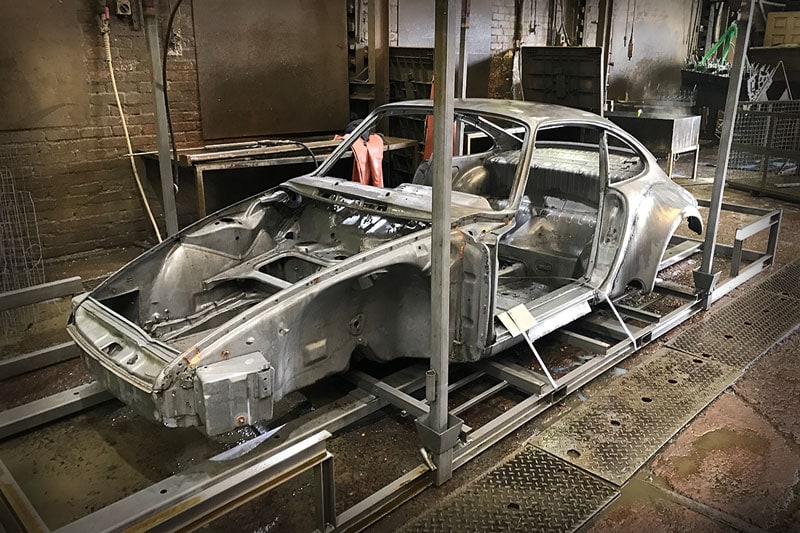 There are currently two restorations by Theon Design for sale – your chance to get your hands on a perfectly restored Porsche 911 and support an up and coming company with a very interesting journey ahead of them!

Completely restored from the inside and out with a great deal of love and care invested from the total strip-down to the last finishing details. Original and restored 2.0 litre engine and gearbox, re-trimmed interior and bodywork restored back to original.

Completely restored back to original specification with all parts having been removed and reconditioned by Theon Design. Original and restored 2.2-liter flat-six engine and a very long list of refurbished or new pars.