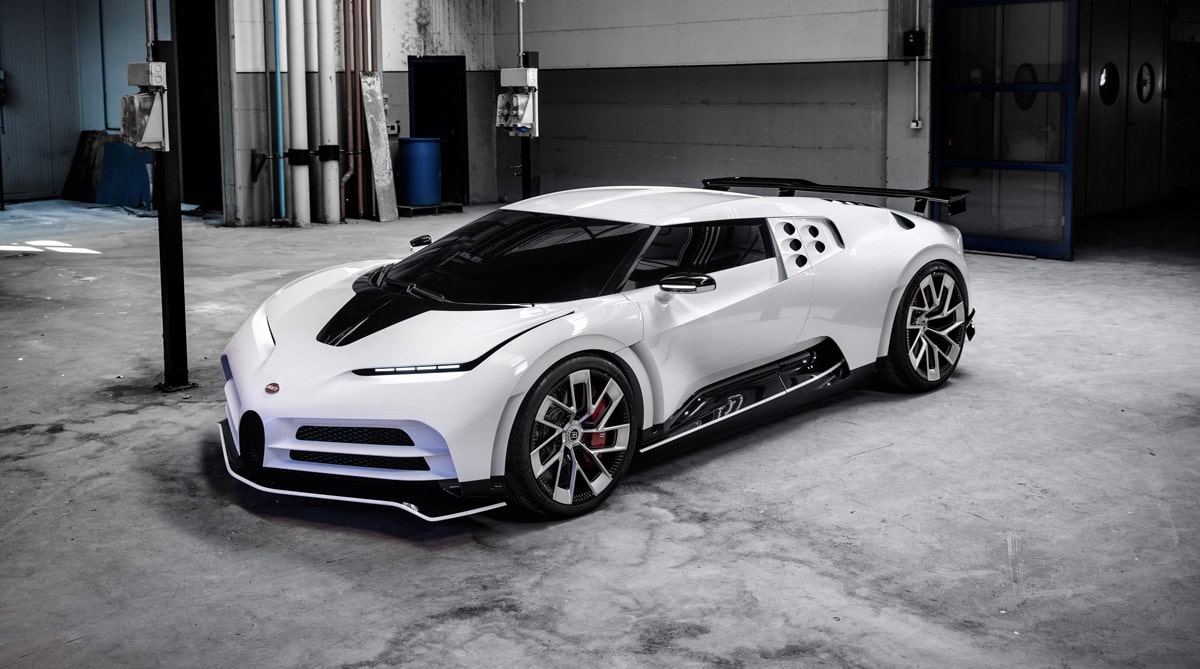 Bugatti continues to celebrate its 110-year anniversary with yet another supercar! The incredible 1,600 hp Bugatti Centodieci Coupe (means 110 in Italian) is a true piece of art limited to just 10 cars. The follow-up to the one-off ‘La Voiture Noire’ also known as the world’s most expensive car – pays tribute to the ‘90s icon EB110.

The Bugatti Centodieci, which means 110 in Italian, is a reinterpretation of the 1990s icon: the EB110. And with the 110-year anniversary of the Italian supercar manufacturer this year, there is no better way to celebrate than to pay homage to the very car, that have brought the company to where they are today!

In the end of the 1980s, Bugatti started its comeback with the development of a brand-new car – the first one since 1956. The EB110 was created from scratch at a new production facility called “The Blue Factory” near Modena and in the neighborhood of Ferrari, Maserati and Lamborghini.

Designing the foundation for future supercars

Everything from the V12 engine to the complex carbon fiber body parts of the EB110 was developed without any predecessors. Amazingly, many of the technological components went on to be used in the Bugatti Veyron and Chiron. The carbon fiber monocoque (meaning ‘single shell’ in French) was the first of its type ever used in a production car and it weighed only 125 kg.

The flat, wedge-shaped and graphically two-dimensional style designed by Marcello Gandini had a remarkable futuristic look but the real star was the engine. The 3.5-liter engine with four turbochargers was tested under extreme conditions and broke several world speed records. The car’s performance was way ahead of its competition making it the fastest and most extraordinary supercar of its time!

“Even sportier and more extreme than the Chiron and Divo, yet elegant and timeless like the La Voiture Noire”

The new Bugatti Centodieci Coupe is designed as a modern interpretation of the EB110 wedge shape and with the iconic W16 engine. Bugatti describes the design as: “even sportier and more extreme than the Chiron and Divo, yet elegant and timeless like the La Voiture Noire”.

The Chiron platform has been used as the base, but new features and details have been incorporated into the Centodieci design. Five round air inserts have been placed in a diamond shape as a direct reference to the EB110. The iconic Bugatti horseshoe in the front has been reduced in size and the Bugatti Macaron logo is placed on the bonnet. New and extremely narrow LED headlights are a great example of a modern interpretation of the EB110 visuals.

In the rear, futuristic “flying” tail-light elements and a double-outlet dual exhaust complete the extreme look with a massive wing. Like in the EB110, the monstrous W16 8-liter engine is visible through a glass cover.

The Bugatti EB110 was produced from 1991-1995 and in the period 139 cars were produced. Former Formula One driver Michael Schumacher purchased a yellow EB110 Super Sport in 1994 which gave Bugatti quite a bit of publicity. Schumacher retained the car until 2003.

VIDEO: Back to the golden days of Bugatti’s history