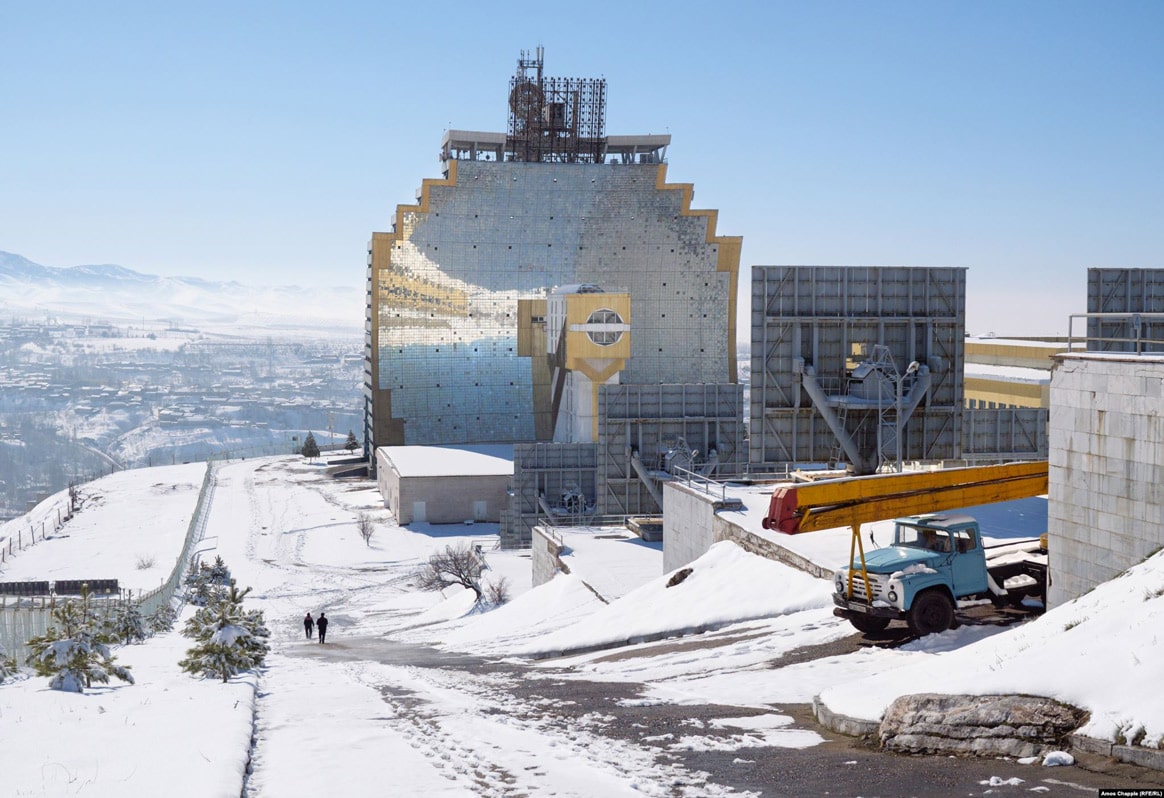 This formerly top-secret facility in Uzbekistan uses sunlight to produce clean and instantly adjustable heat for melting or testing materials. Continue reading for a look inside the spectacular solar furnace that was part of the Soviet Union’s space and weapons programs. 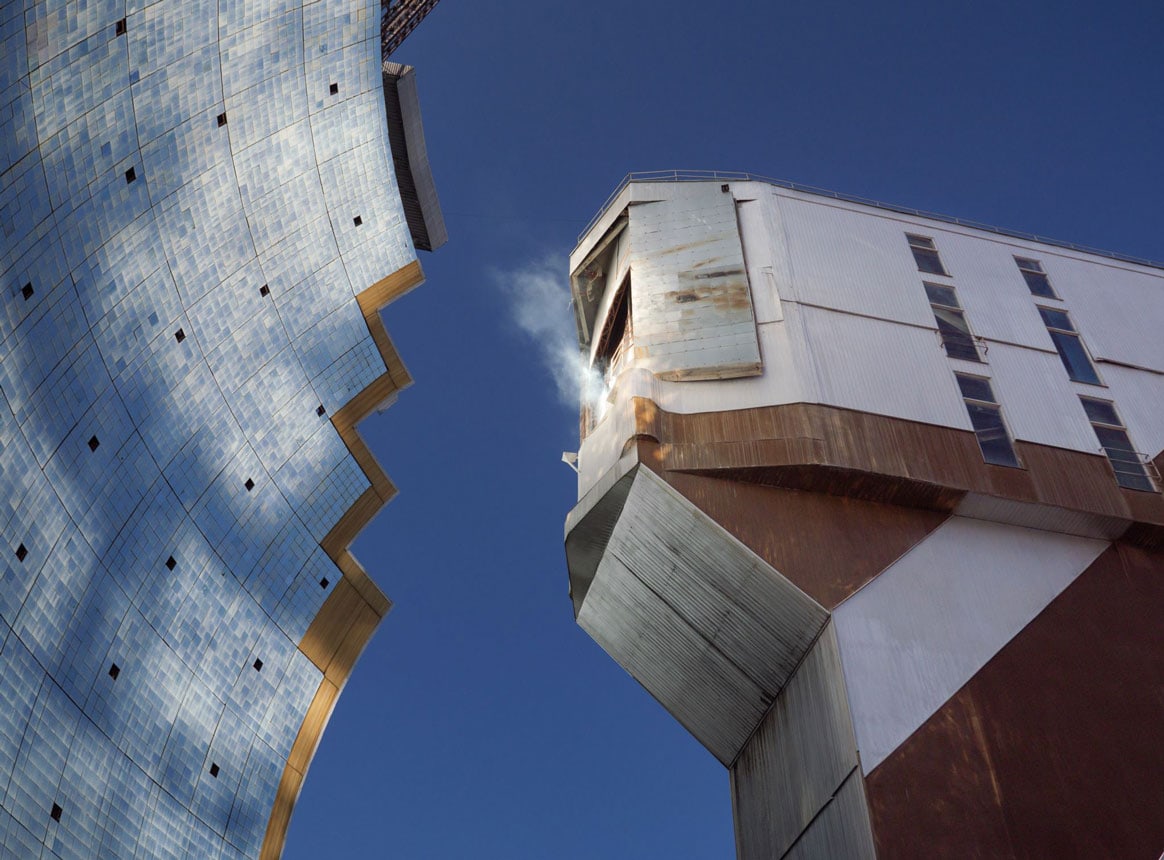 Photojournalist Amos Chapple from New Zealand has visited the Solar Furnace in Uzbekistan. His amazing images give you insights to this formerly top-secret compound that once was part of the Soviet Union’s space and weapons programs. Built in 1981 by the Soviets the purpose of the facility was to use sunlight for producing clean and instantly adjustable heat for melting and testing different materials. 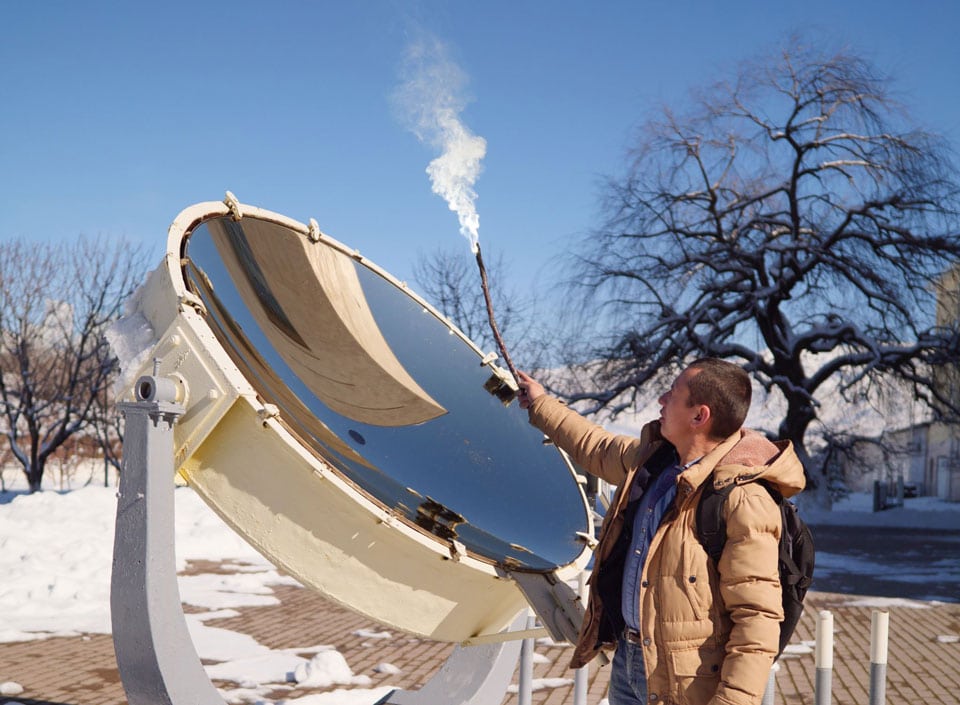 Part of the Soviet Union’s space and weapons programs

The Solar Furnace was built in 1981 on a mountain range 50 kilometers east of the Uzbekistan capital of Tashkent. The region is known for optimal conditions with hundreds of days of sunlight and clear mountain air and it has a long history of studying the sun. Already in 1943, the Physic-technical Institute of the Sun opened in the Tashkent region and an entire village was built for the institute’s employee.

When asked “what happens when birds fly close to the focal point of the furnace?” one of the workers’ grimaces and replies: “Barbecue.”

When the facility was part of the Soviet Union’s space and weapons programs, 1,500 people used to work at the Solar Furnace making it the leading military-industrial facility for testing different materials and equipment. It was operated in strict secrecy and heavily guarded while workers developed advanced ceramic materials for the high-tech industry – also to be used for rocket and weapons parts. 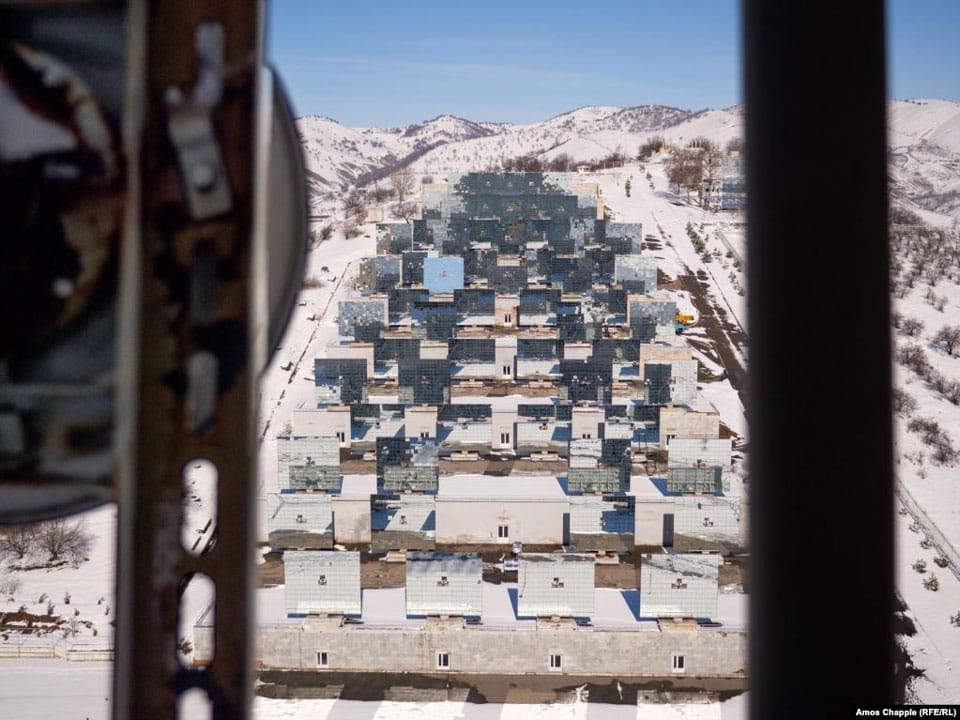 In 2009, the site was opened and today, anyone interested in solar power can visit the Solar Furnace. 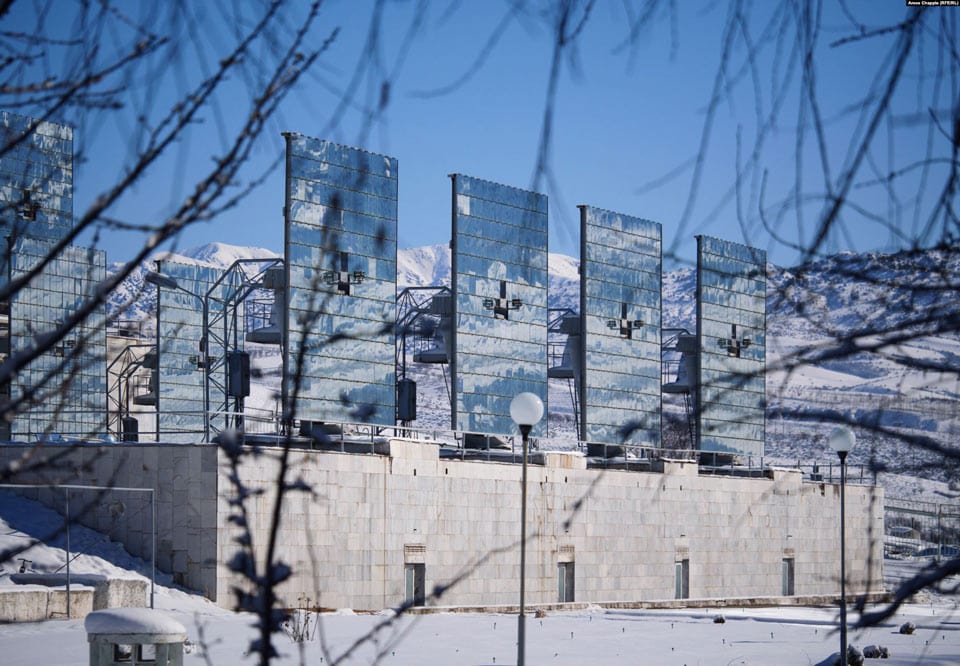 What is a solar furnace?

A solar furnace is a structure that captures sunlight to produce high temperatures – in practice a solar-powered oven that can reach very high temperatures. The effect is created with a very large curved mirror (or an array of mirrors) that acts as a parabolic reflector, concentrating light (insolation) onto a focal point. At the Solar Furnace in Uzbekistan, the power comes from 62 giant mirrors that swivel to bounce sunlight toward a vast “concentrator” dish. The concentrator itself is made from 10,700 chessboard sized mirrors and the dish focuses the sunlight onto a point the size of a large wok. 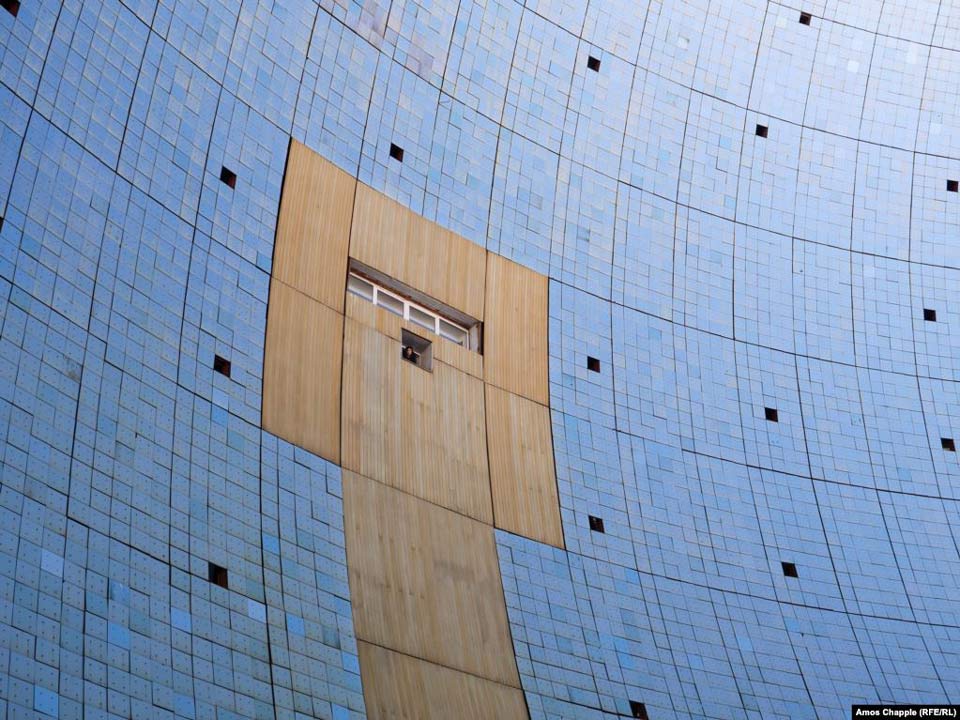 The temperature at the focal point can reach 3500°C (6330°F) which can be used to generate electricity, melt steel, iron or even titanium or make hydrogen fuel and nanomaterials. 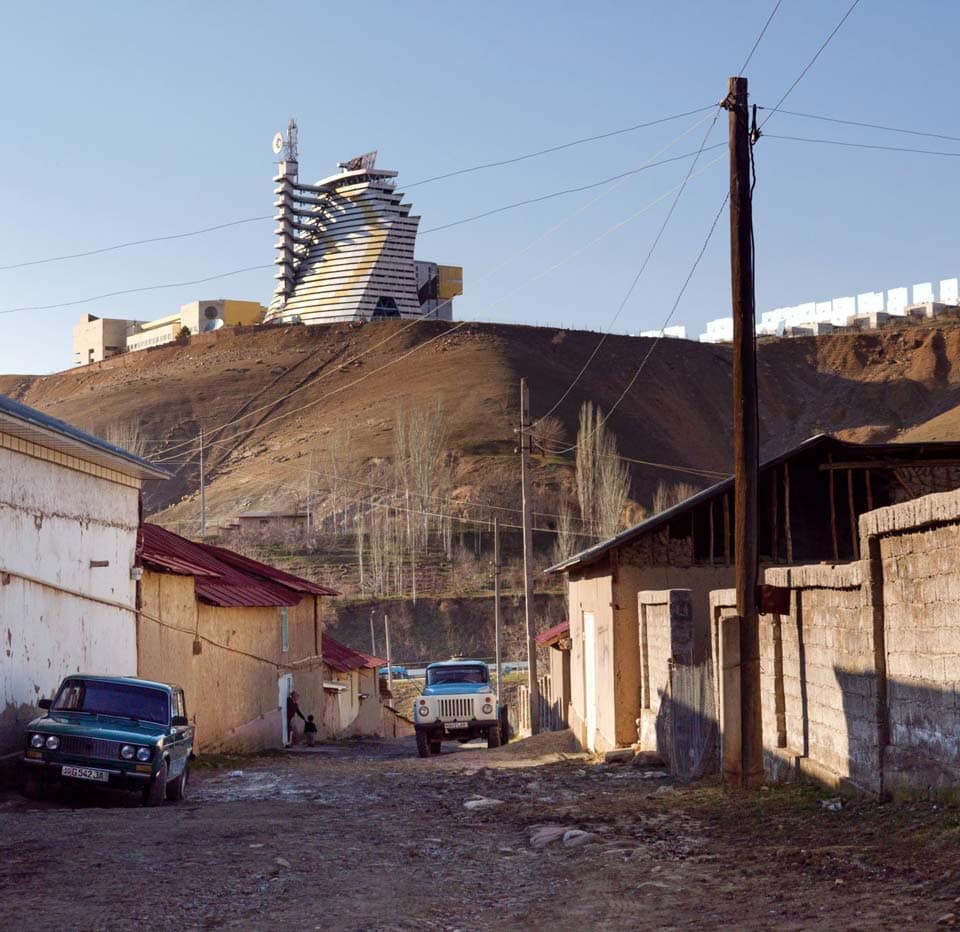 It is possible to visit the Solar Furnace of Uzbekistan (Institute of The Sun) – for more information please visit Bookatour.me 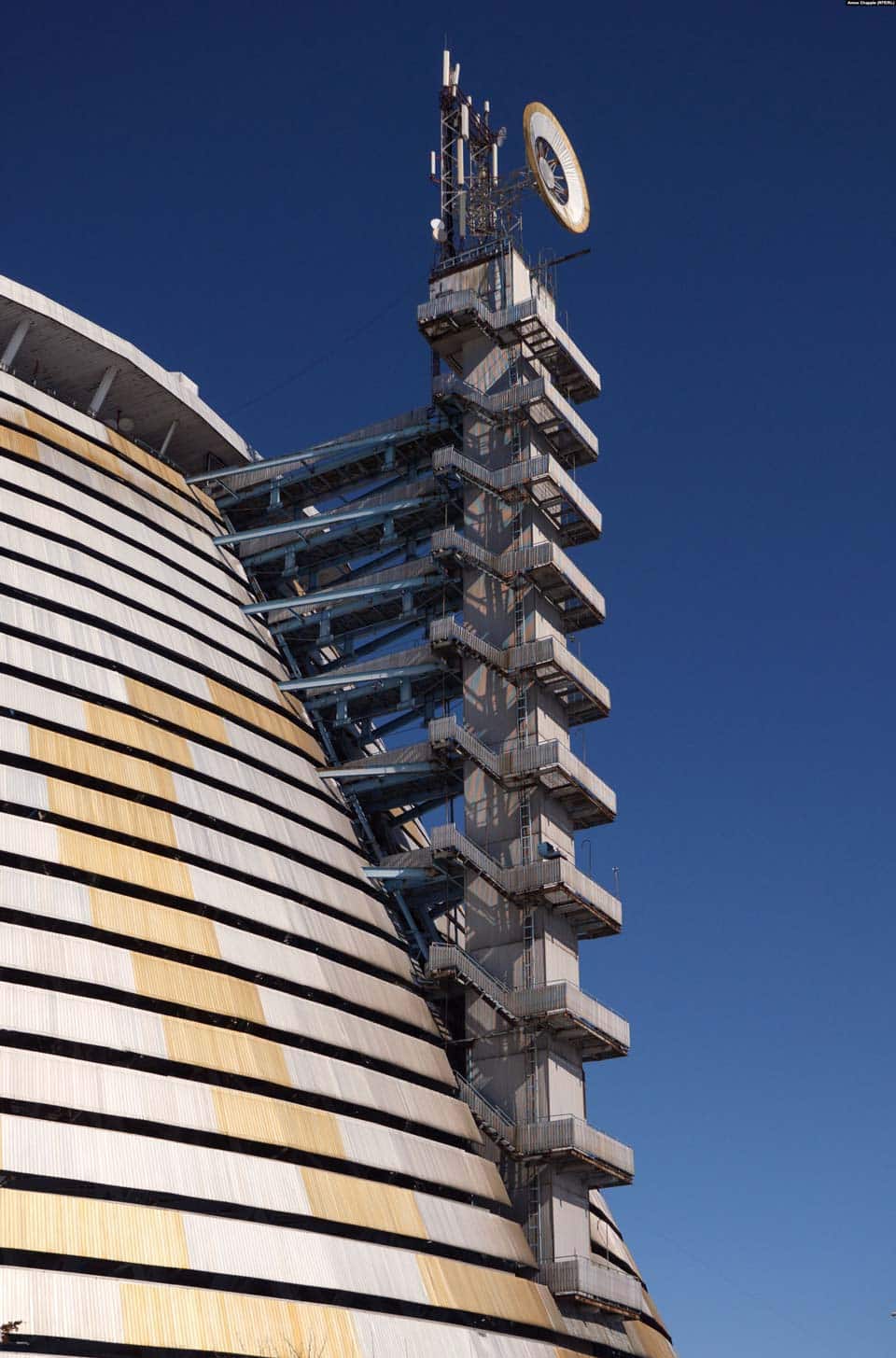 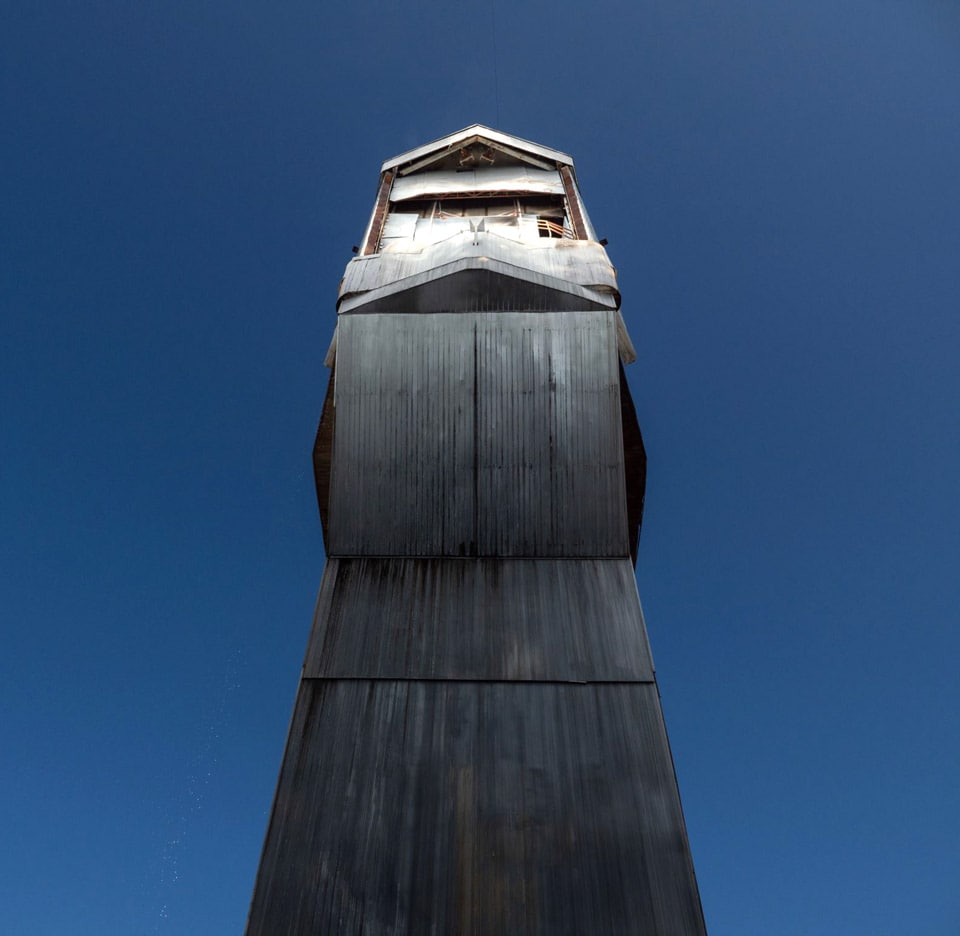