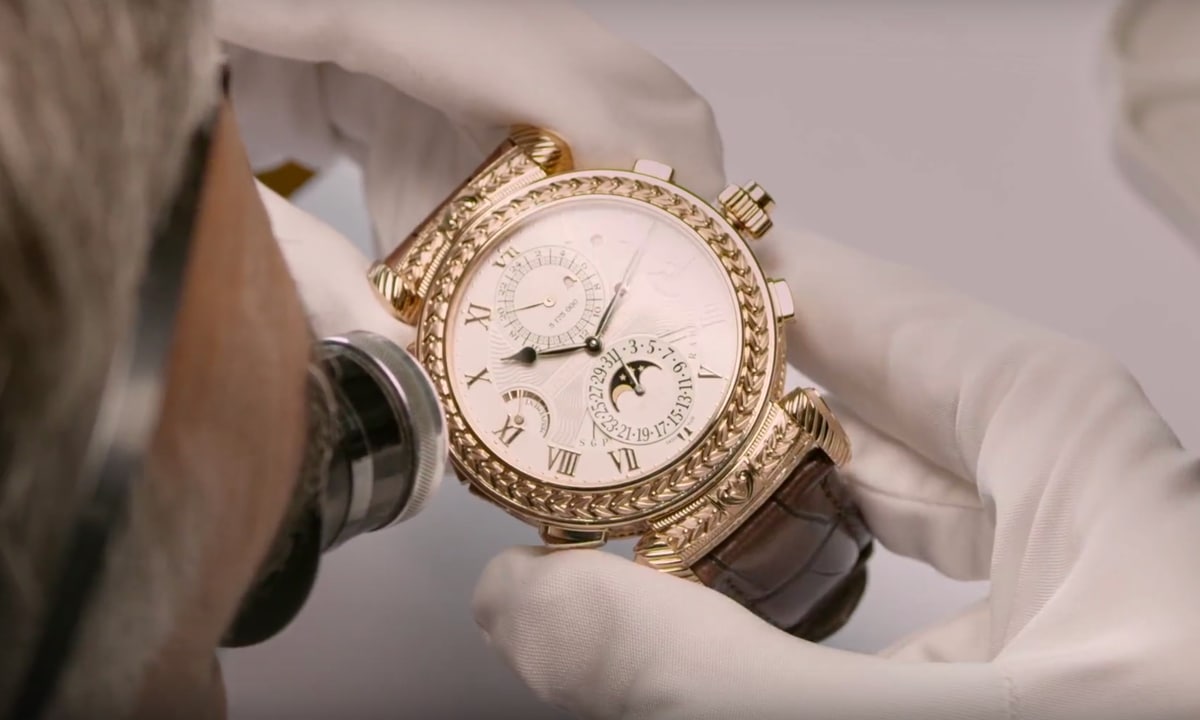 Watch the Grandmaster Chime being made

Patek Philippe stands at the pinnacle of fine watchmaking. Founded in 1839, the brand delivers the highest standards and has produced some of the finest mechanical timepieces in the world. The Grandmaster Chime 5175R is considered to be one of the most complicated watches ever made.

Watch the Grandmaster Chime being made in this video:

The Grandmaster Chime was 8 years under development and is crafted by 1,366 parts. Two of the complications are the very first of their kind. Including minute repeater, aging calendar and dual time zones. It features five different “chimes” which indicate, among other things, the date of order but also an analog alarm in addition to the minute repeater. The 47mm case alone took 4 years to develop and has an additional 214 components. If that isn’t impressive enough — the 18K rose gold casing is hand-engraved under a microscope and truly a masterpiece. The watch was made as a celebration of Patek Phillipes 175th anniversary in 2014. 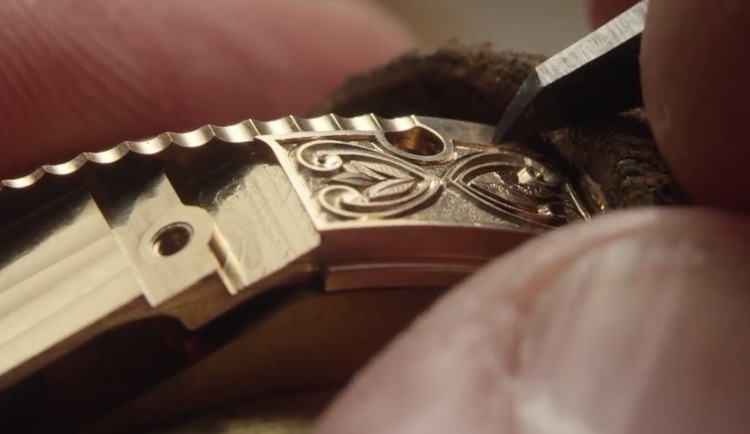 This piece of art includes six new patents and is considered one of the most complicated wristwatches the world has ever seen. The Grandmaster Chime is a limited edition of only seven pieces, one of which is displayed at the Patek Philippe Museum in Geneva, Switzerland. The other six were reserved by some of the most loyal Patek Philippe collectors, each at the estimated price of $2,5 million. 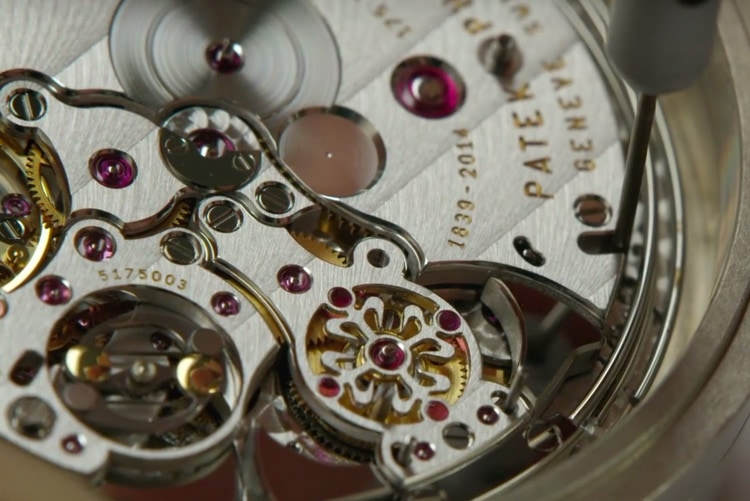 The roots of the company go back to 1839 with the collaboration of Polish immigrants Antoni Patek and Franciszek Czapek to form Patek, Czapek & Cie. In 1844, Antoni visited French watchmaker Adrien Philippe to inspect a new crown winding and setting system that he had developed. In 1851, Czapek left the company and Philippe joined. Patek Philippe was established.

Over time, Patek Philippe watches grew a reputation with each new development and amongst many — Queen Victoria became one of the admirers when she discovered their first keyless pocket watch.

In 1868, the brand set a massive milestone. For the Countess Koscowicz of Hungary, they designed a watch without the traditional chain for placing the watch in a pocket. Instead, they invented a watch to be worn on the wrist. Patek Philippe produced the first wristwatch over thirty years before Rolex even existed.

This article only covers a fraction of the amazing technologi developed by the company over the years. Patek Philippe watches more than deserve their reputation and the hype for being one of the best watchmakers in the entire world. Please enjoy the breathtaking video of how the Grandmaster Chime 5175R comes to life.

Handmade whiskey flasks from The Sneerwell