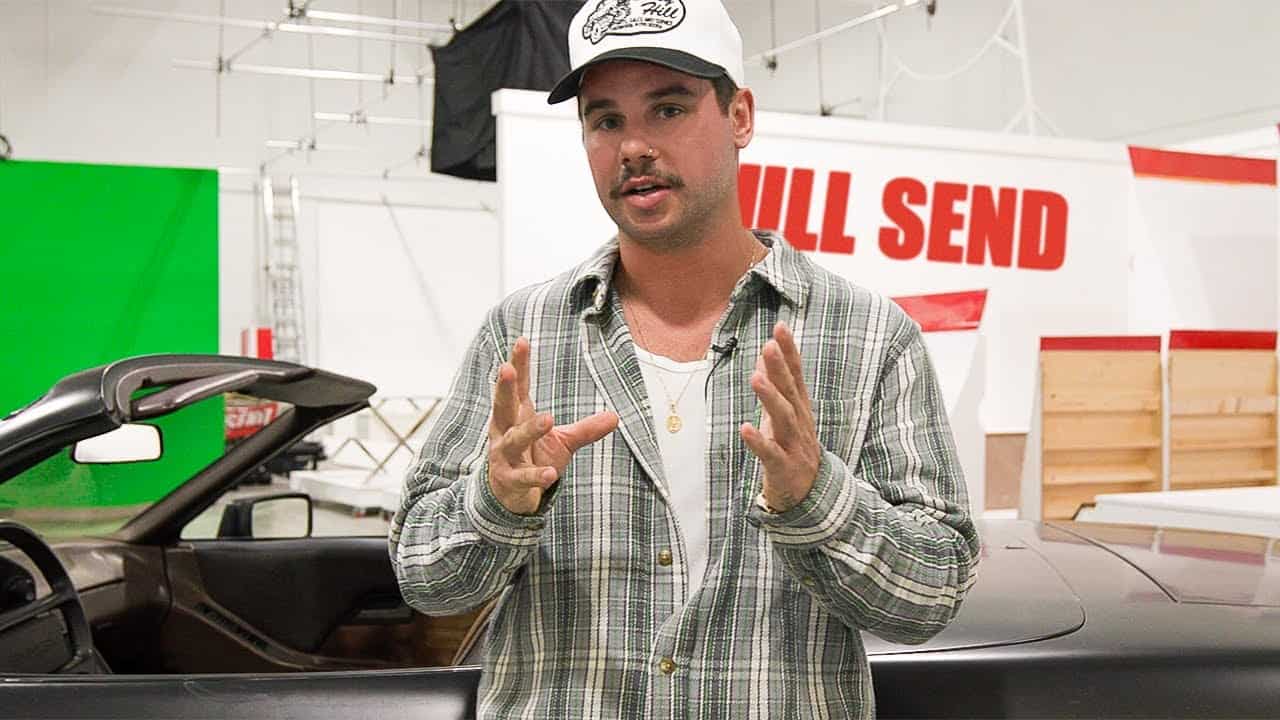 There are many theories about what happened to one of the Nelk Boys’ more famous members, Jesse Sebastiano. Jesse was one of the co-founders of the NELK brand alongside Kyle Forgeard, the founder of NelkFilmz. After becoming instrumental in helping bring popularity and attention to the channel, people noticed that Jesse appeared on the track much less frequently. Around 2020, he was rarely seen in any new content released by the NELK company, but why?

Who are the Nelk Boys?

The Nelk Boys are a popular YouTube Phenom out of Canada whose rise to fame came from their edgy prank videos and vlogs of their party lifestyle. The group may have sprouted from a seed of compelling internet content. Still, it has since moved on from pranks and partying to becoming a thriving online business and internet empire. The channel’s success is mainly attributed to a number of its prank videos going viral. This has gained their channel millions of views and resulted in thousands of new subscribers and followers on all social media platforms.

The original NELK crew has lost and gained many members throughout its inception for reasons mostly undisclosed and speculated by fans of the channel. Nick, Elliot, Lucas, and Kyle were the original group of friends in Canada who started the NELK YouTube channel (NELK being an acronym of all of their terms), but Nick and Elliot left the group early. This left only Lucas and Kyle to build the brand and promote the future of their dynasty. In 2014 Jesse Sebastiani became a prominent member of the group after meeting NelkFilmz founder Kyle Forgeard at a Canadian video conference.

Jesse started to distance himself from NELK

After the coming years of unprecedented fame and the party lifestyle that every college student could only dream of, Jesse decided to begin distancing himself from the spotlight. People started noticing this around 2020. There was a lot of mystery surrounding his decision.

Many different hypotheses were made as to why Jesse began distancing himself from the group in the first place. Still, the main consensus was that he was starting to experience severe burnout from all of the fame that came along with being a part of the NELK brand.

He also wanted to focus on his sobriety, which he felt would not be possible in the spotlight given the nature of the brand and its status as a symbol of a party lifestyle. Jesse touched on this in detail in a tweet he sent out sometime in October 2020.

The speculation on the internet as to what happened with Jesse and the Nelk Boys ranges from him not getting along with some of the newer members to his ongoing lawsuit involving other members of NELK. However, that is all just speculation, so it is to be taken with a grain of salt by any rational person. The only information that should be taken into account, with any credibility, is the tweet that Jesse sent himself. In the Tweet, he explained why he had decided to take some time away from the video content. He also made a point to make it clear that he continues to work for the company but chooses to put his energy into the Full Send brand rather than appear on the NELK videos.

Who is Jesse from the Nelk Boys?

Jesse Sebastiani has been working in the creative space on the internet from a young age. He began making and editing videos in his early teens and started his clothing line. Years later, Jesse, already relatively known for his self-published documentary, was saved by the status and his role in an MTV show called Careless Teens.

Joined Nelk and helped take the brand to new heights alongside Kyle Forgeard. The founder of NelkFilms, in 2014. The two continued to grow the brand in the years to come as the pranks and partying found their home on the screens of college students in Canada and North America alike.

With prank videos growing in popularity, the pranks took the natural course of inevitably becoming more outrageous to stand out and compete with some of the other channels that were making similar content. In 2018, Jesse was arrested for a prank in which he was charged with disorderly conduct after walking into a bookstore covered in fake blood and asking for books on covering up a crime scene.

It seems like a sad ending to a very entertaining video, but this would be the moment that helped elevate Jesse’s popularity. Along with the obvious negative of being arrested and charged, something positive happened soon after as the video skyrocketed and became massively viral. The views surpassed 100 million, and the channel’s subscriber count reached over 7 million.

The creation of NELK, the company

With the unprecedented success of the channel, the group decided to create a company called NELK with branded merchandise for Full Send and additional YouTube channels for the Nelk Boys podcasts and on-brand golf videos. They even started promoting their alcoholic beverage called Happy Dad. The business was booming and only made the party icons do more of what they did best.

They started to get noticed by some of the biggest names in the industry, having words like Dana white (the President of the UFC) and Elon Musk on the podcast. They even had Ex-President Donald Trump sit with them for a lengthy forum discussion. The Nelk Boys even became demonetized from the YouTube platform after footage was revealed of them throwing huge college parties during the pandemic.

YouTube released a statement on Twitter saying that the Nelk Boys had violated the Creators Responsibility Policy. This policy urges influencers not to engage in activities that could lead to harm to their communities. The Nelk Boys had taken the internet by storm and became huge content creators, but the fame, partying lifestyle, and expectations would take their toll on Jesse in the coming years.

In 2020 Jesse’s presence began to fade from the Nelk Boys prank videos. Fans pointed out that Jesse, who was once one of the more famous members of the group, started to appear on their videos much less frequently. This led to some talk among the community about why it was happening, and people soon started questioning what was happening within the group.

Jesse later released a tweet acknowledging his disappearance, saying that his vision for the company was starting to differ from some other members. Jesse explained how he felt he was putting his friends, family, and mental health on the back burner and wanted to put the essential things at the forefront of his life again.

He went on to say that there was no bad blood within the group and that he wanted to focus on his newfound sobriety and get back to what he loved to do, which was to work behind the scenes on the business and branding side of things and to help with the clothing line for Full Send. Kyle has since come out and explained that Jesse was experiencing burnout from the fame and partying side of the brand and wanted to contribute to NELK differently.

Since Jesse has taken himself out of the spotlight, he has been behind the scenes making significant moves for the brand. He has recently been working hard on a subscription service for the brand Send Club that the group hopes will compete with some of the more extensive streaming services like Netflix. He has also revealed that they are building a massive warehouse for their content creators.

They hope to have original content for their streaming service when it releases at an undisclosed date. Jesse has also since created a new channel and his Sunday solo project. He has been seen on video describing his new venture as a relaxing atmosphere where he plans to display his future endeavors and explain more of what happened during the Nelk Boys controversy. He has plans on building his own company as well as creating merchandise for his solo brand as well.

Although people likely have many differing opinions on the Nelk boys as a group and the apparent wave they have made and continue to make in the realm of online content creation. Their strategy for growing a brand and their approach to the business side of NELK are to be noted as impressive. It is still being determined why some people come and others go when it comes to a group that started as a band of friends making content that they loved.

In the case of Jesse Sebastiani, however, it is clear that his love for NELK remains as he continues to help distinguish the brand. He may have disappeared from the screen, but he is very much present in the background, ensuring that NELK continues to grow into a diverse business. He is more interested in the behind-the-scenes aspects of NELK and feels he can contribute more to the company’s growth.

As well as his personal life and the things he finds most important from the places beyond what the fans can see. His solo ventures should shine a light on his dedication to his craft and the side of the creative space he is genuinely passionate about. So what happened to Jesse from the Nelk Boys? The best thing could have happened. He found a way to do what he loves and ensure that what he does is sustainable.